The King of the Throne trophy may have originally been intended to be awarded to the fastest team in the celebrate Cochrane Outhouse Race, but key organizer Dan Kroffat went a different route.

At a Nov. 12 Rotary luncheon, Airdrie Mayor Peter Brown was saluted for his participation in the race and how he responded to a crash that left him concussed.

He was also honoured with a custom-made good sport trophy that emulated the race's fun-loving theme.

Brown is still fighting symptoms from the crash he experienced in a race against Cochrane Mayor Jeff Genung's team. Yet through it all, he has continued to praise the event.

"He embraces our event and said it was one of the fun days of his life--now how could that be with his injuries--and is looking forward to coming back next year to join us again," said Kroffat leading up to the presentation.

"That's the example of a good sport. The opportunity was there to say other things, but he chose not to. Instead, he decided to shine the bright light of positivity on us."

Mayor Jeff Genung and MP Blake Richards also praised Mayor Brown for his passionate leadership in both Airdrie and the Calgary region.

"I can't think of a charity or community event or something that is benefiting the community that Peter isn't part of," said Richards. "And it's not because he's mayor. He's done that long before he was mayor."

"It's never about him, it's been about the community."

In jest he asked, "Peter, I don't know what the heck you were thinking, taking a race against Jeff. This is a guy who runs iron man triathlons. What were you thinking? Like, that was a recipe to get hurt."

While praising Brown, Mayor Genung had to throw in the odd fun-loving jab that has become common in the relationship they have established as neighboring mayors.

"Peter is passionate, dedicated, speaks from the heart and has a wicked sense of humour," said Genung.

Point out he's never speechless, Brown did speak to the symptoms he continues to face.

"I've been struggling the last few weeks," said Brown. "It lingers, unfortunately. It's just what they say is part of the process of getting through this."

Brown praised the Rotary Club and the Town of Cochrane.

"I like the direction you're going. You're a little bit half of what Airdrie is, but you're creating something special here. I see it every time I come here."

Never short on a comeback, Brown got a kick out of the praise laid upon him by Genung.

"I wish I had a video camera because I've never heard Jeff say such nice things about me."

The Cochrane Outhouse Race appears poised to grow into an even larger event.

This year, Kroffat says they attracted over 800 people and raised $23,000 for the Camp Jubilee project. Both are a record.

The crash did draw attention to the race, pointed out Genung.

"The one thing that everyone now has realized is the extreme sport that outhouse racing truly is," said Genung with tongue-in-cheek.

Genung says Edmonton Mayor Don Iveson has expressed interest in participating in the 2020 edition and mused over the idea of inviting Calgary mayor Naheed Nenshi. 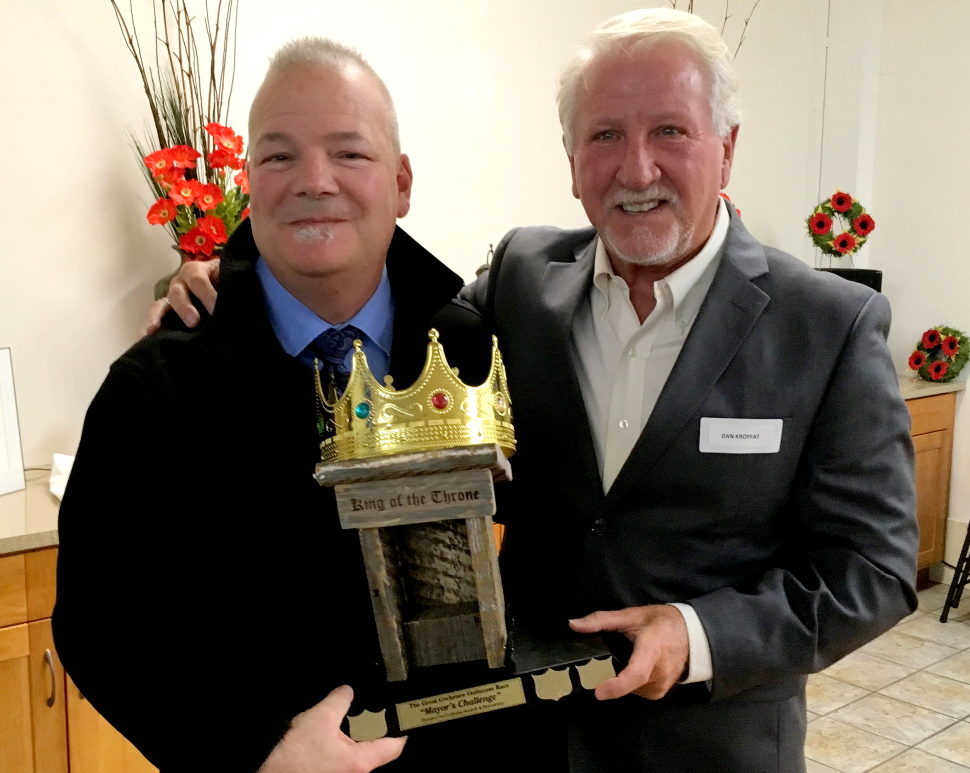 Airdrie Mayor Peter Brown was also the first recipient of the King of the Throne award of the Cochrane Outhouse Race. 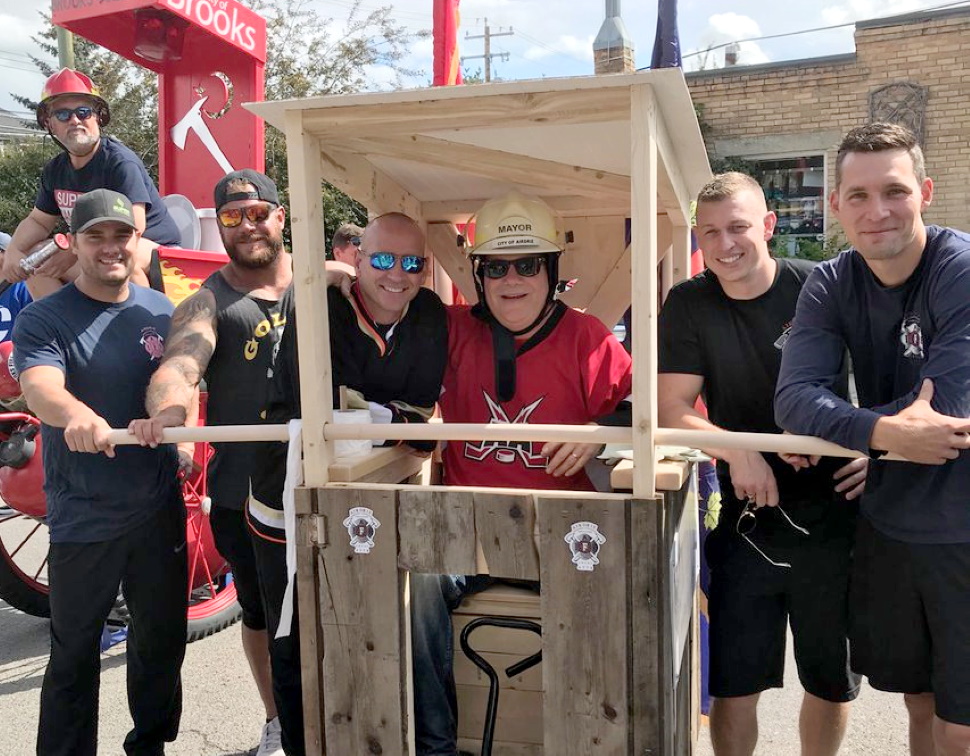 Airdrie mayor Peter Brown and his team came to Cochrane after being challenged by Mayor Jeff Genung (third from left). In the background to the left is AUMA president and Brooks mayor Barry Morishita.
Previous Next

Wildrose Party reappears in Alberta after merger between FCP and Wexit

Want to train dogs for a living? World-class training course coming to Cochrane