Amy Miller named U20 Cross-Country Runner of Year in Alberta

"I was super surprised. It hadn't even cross my mind," says Miller.

Graduating from Bow Valley High in 2019, she's continued to pursue long distance track and cross-country running with the Calgary Spartans. She also joined the University of Calgary Dinos team for the indoor season that was short-lived because of COVID-19.

"Last year was awesome. I raced the Western Canada Summer Games (WCSG) in the summer and that lead into a pretty good cross-country season."

The WCSG also marked the first time she competed in a 5,000 metre event.

"That was super-fun," says Miller. "That was my first time racing on a bit of a high stage so I was kind of dipping my toe in it, and I really loved it."

She also participated in her first cross-country nationals in Abbotsford, B.C. and hopes this year's event goes ahead as scheduled.

"This year is the exact same course, and I really liked it, so I'm really looking forward to being able to repeat that."

Miller was well known as a top distance runner while competing for Bow Valley High School, and regularly made appearances at high school division, zones and provincial competitions. She fell in love with distance running while in grade 9 and went on to join the Calgary Spartans the next season.

Winning the south central zone gold in the 3,000 metre was one of the highlights of her senior year at Bow Valley.

"I raced against the girl who came in second all the time, and it was the first time I had ever beaten her. Usually she was first and I was right behind her."

The 18-year-old believes running distance is her niche.

"I find it has slightly less strategy and it's more about getting in the rhythm. It feels more like my own race, and I prefer to get really focused and worry less about the people around me."

The Spartans are scheduled to resume their tri-weekly training sessions this week, with COVID-19 safety measures in place. 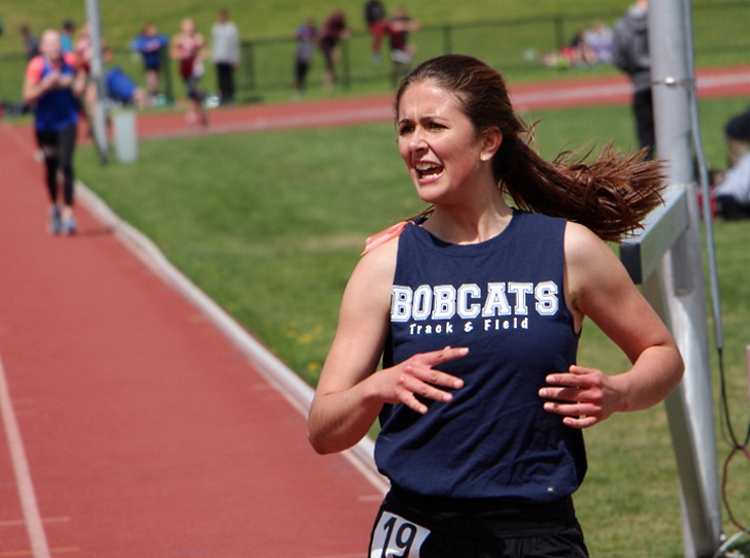 An earlier photo of Amy when she competed for the Bow Valley High School.

Southland Transportation is ready for the start of school

Full complement of leagues being offered in upcoming curling season

Four hockey teams in the ACAA gearing up for season

RCMP continue search for teen, missing for over a week