There was no sweeter way for the AC Avalanche to kick off their regular season in the U16 Alberta Elite Hockey League (AEHL) than winning a pair of games against the Okotoks Oilers.

In a home-and-home series last weekend the Avs won 8-3 in Okotoks before returning to Totem One to post a 4-2 victory.

Cochrane forward Evan Devost posted his first goal in regular-season action, and Gage Sather had a pair of assists.

Previous to last weekend, the two split a pair of exhibition games.

Losing the first of those pre-season games, 3-1, was a bit of a wake-up call, believes Avs head coach Terry Sydoryk.

"Overall, the Oilers are an aggressive and hard-working team. We'll play them once more back in Okotoks this weekend, but we'll have to show up if we expect to take another victory."

Like all other teams, COVID-19 has made this an abnormal season.

The Avs start their season in a pod against Lethbridge, Medicine Hat, and Okotoks playing a three-game series against each. A schedule hasn't been set for after December at this point but there's a chance they'll be playing in another pod against different opponents.

After this series, the play has been structured in a batch of three-game weekend games against Medicine Hat and Lethbridge. Between each, they sit out 14-plus games. That offers different challenges and concerns.

"Ultimately, I guess, if you're making mistakes, you're going to make them all weekend, because you don't really have a good opportunity to work on them between games," explains Sydoryk.

He suspects the third game in each series will be extremely tough.

"That's part of the unknown, we haven't done it yet, but as a coach that's the concern I would have because of the downtime, and then playing three games back-to-back. That's tough, even when you're in a regular season, so this season it's going to be even tougher for us."

With this change, teams will heavily focus on player development.

The Oilers and Avs were the top two teams in the south division of the Alberta-wide elite league last season, and it was the Avs who spoiled the Oilers otherwise perfect record.

The Avs won silver in the Sutter Cup South and the Oilers claimed gold.

The Sutter Cup is no more with changes to what used to be the Alberta Minor Midget Hockey League. Now a more conventional playoff format will be used that is followed by the U15 and U18 will be used. Previously, four days of intense play in the Sutter Cup (north and south) determined which teams would go on to provincials.

Sydoryk has coached the Avs a total of seven years, having returned to the club three seasons ago. In 2013, the Avs won the Sutter South Cup with Sydoryk at the helm.

Joseph Krukowski goes in on Oilers goalie Jordon Fenton. He scored a pair of goals for the Avs in Sunday's home game. 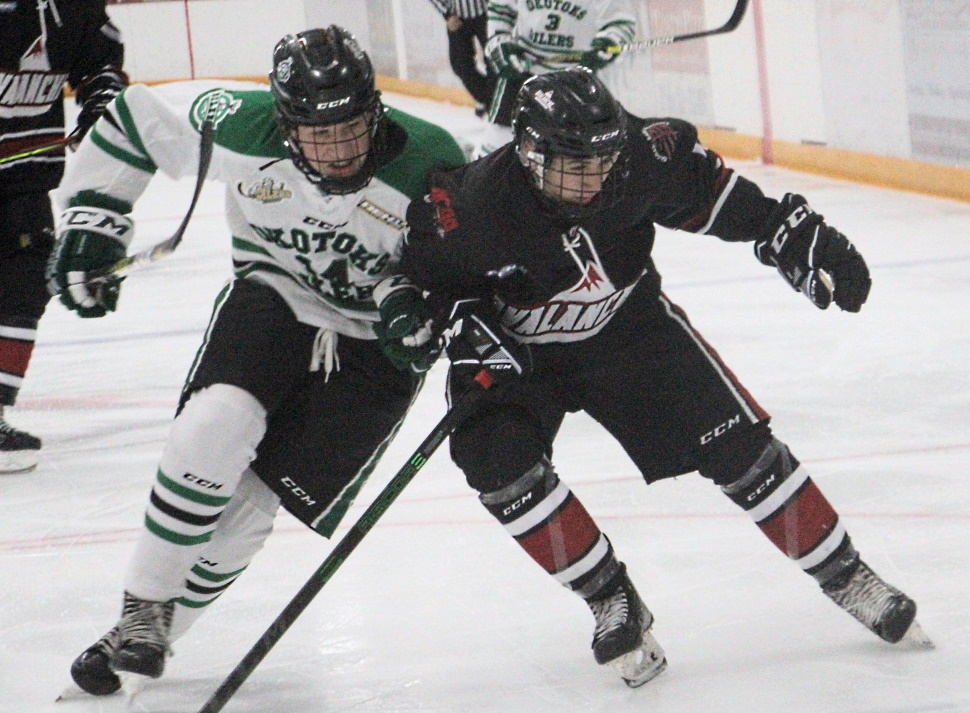 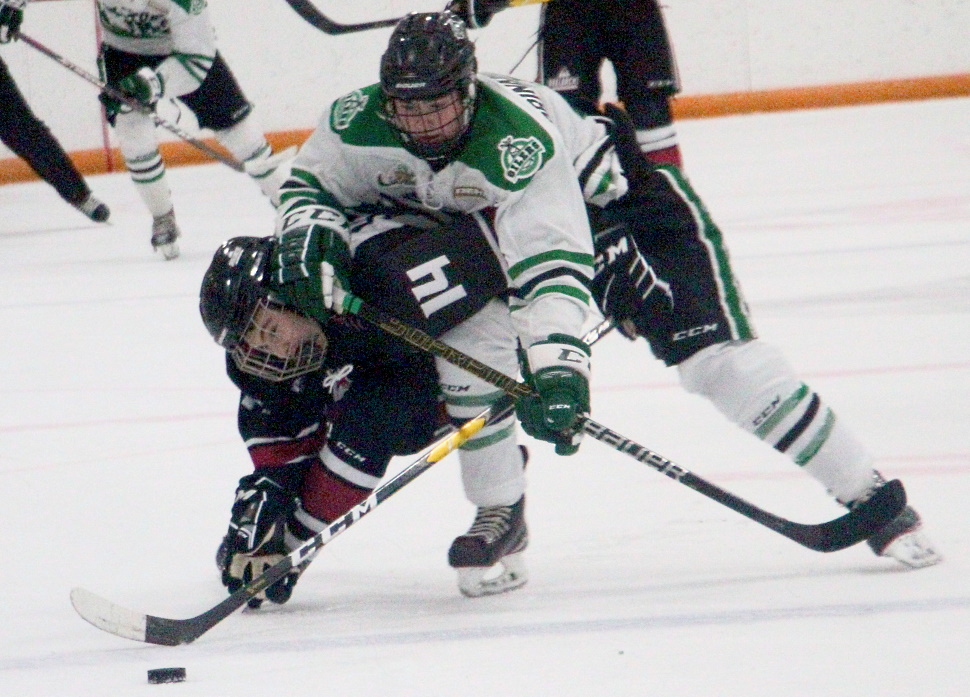 Jayden Gallant is tied up by a Oilers player at mid ice. Gallant had a goal in Sunday's game.
Previous Next

Case of variant influenza A (H1N2)v detected in Alberta

Town to ensure services will continue through latest COVID measures