Bow and Jumping Pound Ridge residents and users of the trail system in that area should continue to be on the alert for a black bear sow and three cubs that remain in the area.

The bears were first spotted in October and continue to be actively roaming the neighborhood, nearby trails, and along the Jumpingpound Creek.

Human-Wildlife Conflict biologist Jay Honeyman, of Alberta Fish and Wildlife, says eliminating the food supply is key to getting them to leave.

The bears have been found wandering the streets, particularly Bow Ridge Crescent, during the evening and early morning in search of food. Trash bins are regularly knocked over and they've been reported to enter yards to wreak havoc with neighbourhood pets.

There has also been a report of a man being bluff charged by the sow on the trail system.

The town is encouraging people to keep their trash bins inside until collection day.

Alberta Fish and Wildlife has posted signs along the trail to advise residents of the bears' presence.

Also, keep your dogs on their leashes.

Some residents have also been pro-active in distributing BearSmart information. On Tuesday, they delivered pamphlets to about 80 homes. Honeyman says they appreciate the assistance of these people in helping spread the word because they simply don't have the workforce to do it on their own.

If you believe hibernation will solve the issue, think again. If there's food in the cupboard, those black bears aren't in any rush to start their long winter nap.

"Bears often going into the den because their stomachs are telling them to," explains Honeyman. "As long as bears continue to find food, there will be a delay in the time they go into the actual den."

Fish and Wildlife only trap bears as a last resort and they aren't particularly fond of that method of controlling bears.

"Moving bears at the best of times is not ideal," says Honeyman. "It's something we really only want to do as a last resort, and we're getting to that point where if people can't start kind of playing the game with us in starting to secure those attractive, we're going to have to start considering things like trapping, which we really don't want to do if we can help it."

Honeyman encourages people to report any sightings to Report-A-Poacher.

Alberta Fish and Wildlife also offers a wealth of information on bears and residents here. 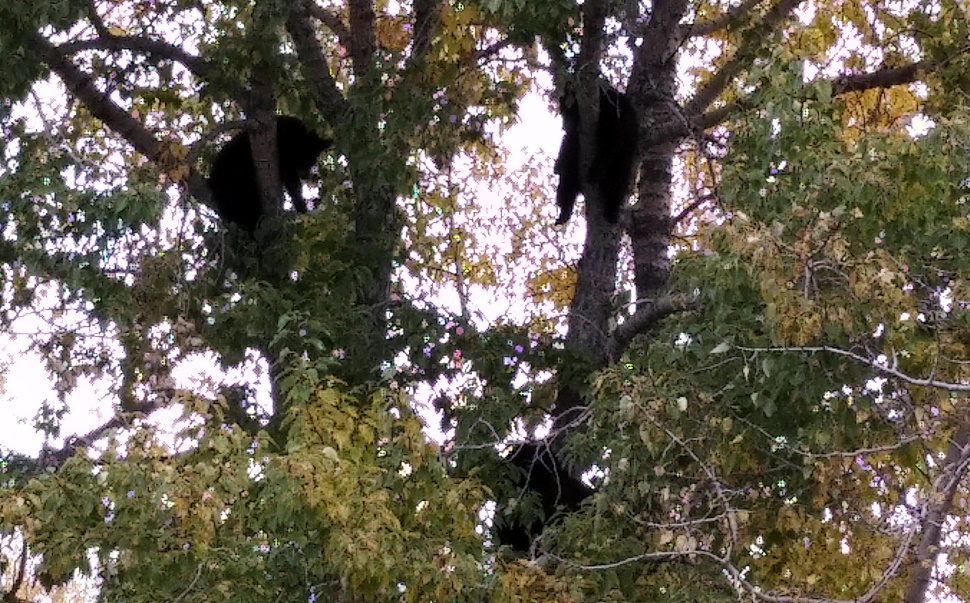