A change in the weather has aided wildfire crews in the battle against a blaze at the base of Blackrock Mountain, 25 km west of Benchlands in MD of Bighorn.

Last night, wildfire officials changed its status from out of control to being held.

Yesterday afternoon it was still out of control and had grown to 551.9 ha, aided by 40 kph winds in the area. Two ground crews totalling 17 people had aerial support from helicopters were fighting the blaze.

The morning of Sept. 5 it was a 85.5 ha in size and by the evening, with back burning conducted to secure the perimeter, had grown to 346 ha.

The cause of the fire remains under investigation. 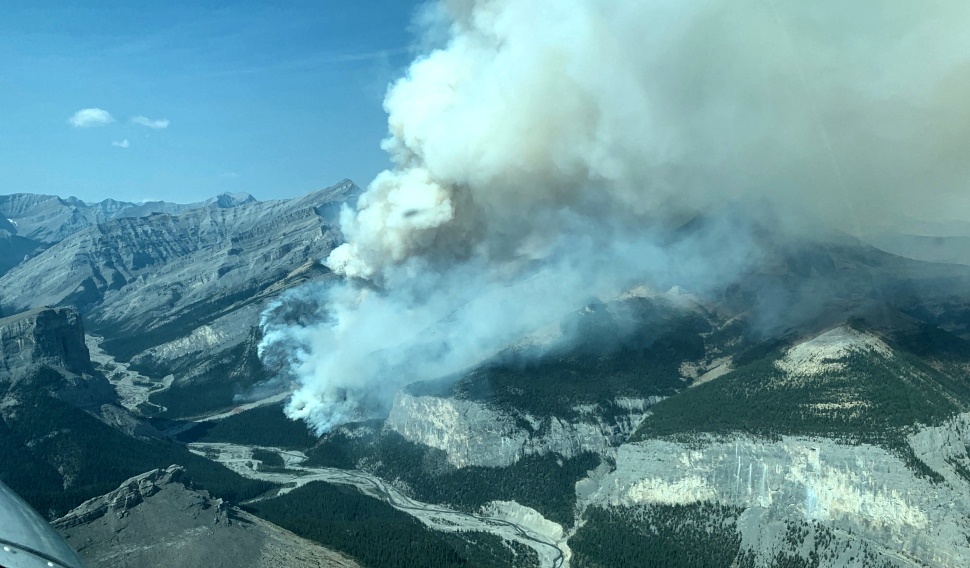 What helicopters are doing when flying over Cochrane

Perfect weather for the Zero Gravity Skate Park to reopen