Teams in the north division of the Alberta Junior Female Hockey League (AJFHL) play a more physical game than here in the south.

The Cochrane Chaos can play that style, and head coach Derek Loomer wouldn't mind the opportunity to play more games against their northern rivals in the regular season.

The undefeated Edmonton Wolves were in town Sunday and beat the Chaos 4-1 in a game closer than the score indicates.

After a scoreless first, the Wolves went ahead 2-0 by the end of the second, then doubled that to a four-goal lead nine minutes into the third. The lone Chaos goal came from Brooklyn Carels assisted by Alexis Smith and Kari Peddar.

Loomer says the game was similar to an earlier matchup against Lakeland College Rustlers of Lloydminister. The Chaos came out on top in that one, 5-1.

"It was the same type of game, really physical. With the Lloyd game, it could have gone the same way it went against us today, but we got the bounces in that game."

"We had some good battles in the game today. The girls were going hard to the net and they were pressing. I thought we were maybe just pounding the puck right into her pads again, rather than pulling it out and scoring to the side, like the goal we finally got."

The Chaos pulled their goalie for an extra attacker halfway through the third. For nearly two minutes were able to keep it in the Wolves at bay but were unable to capitalize with a goal.

"They never had any real opportunity to get it down the ice or score on us and that's what you like to see. Even if we didn't get the goals this time to catch up, it sets up the opportunity for future games if we have to use that."

A 10-2 win Saturday road win for the Chaos against the Calgary Jags was a much different story. It was 3-1 for Cochrane after one before they scored five unanswered goals in the second, then added two in the third.

The Sunday afternoon game here also served as a salute to World Girls Hockey Day. Representatives of Cochrane Female hockey had giveaways and snacks for girl hockey players in the stands. Several of the players prepared signs to cheer on the Chaos.

Cochrane remains second in the south division, while the Jags are searching for their first win.

The Chaos host the Central Alberta Amazons Friday night in Totem One in their lone game of the weekend. Puck drops at 7:30 p.m. 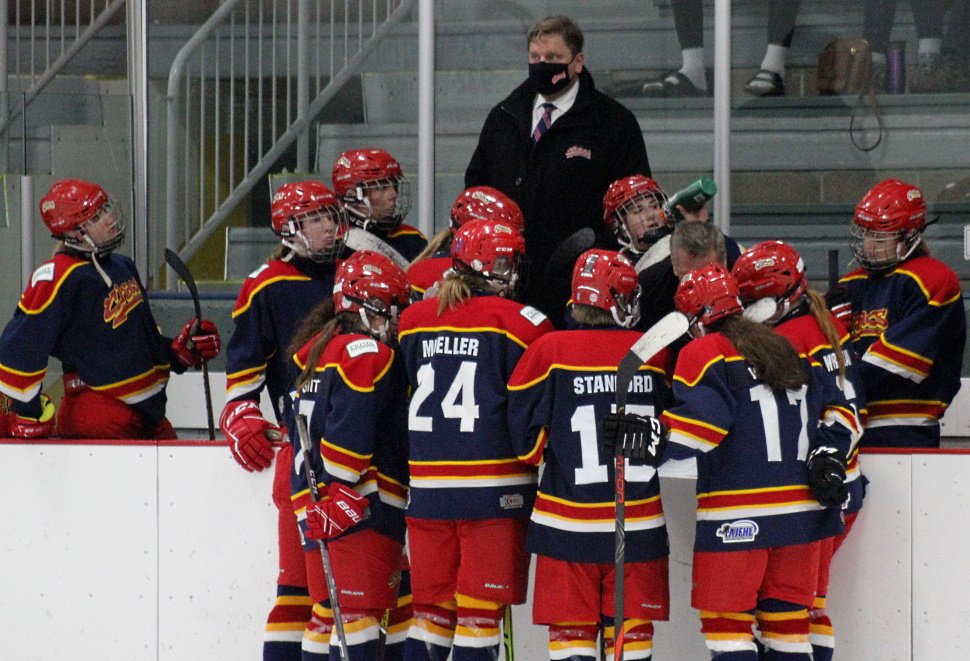 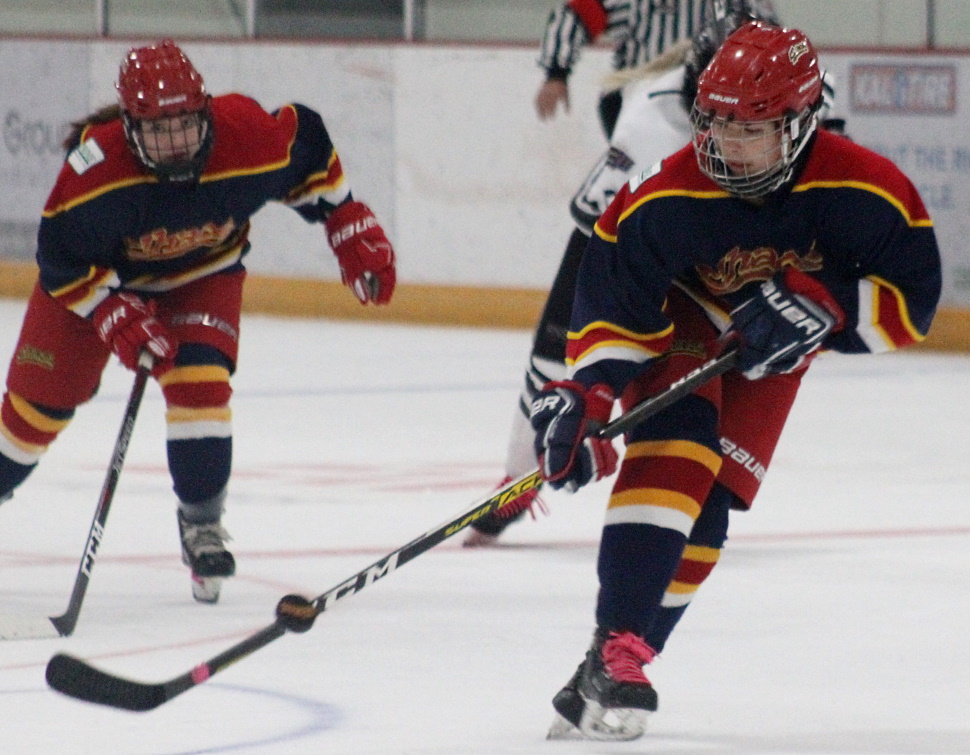 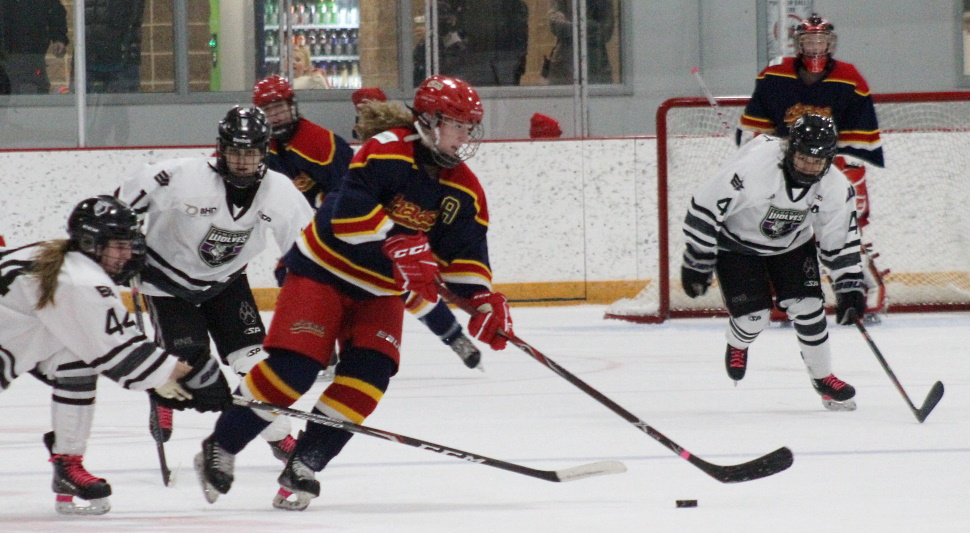 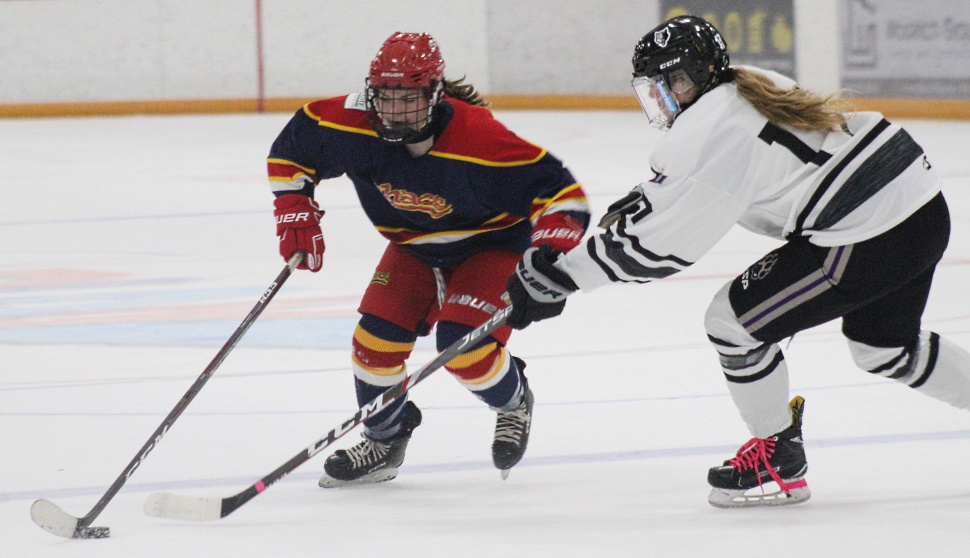 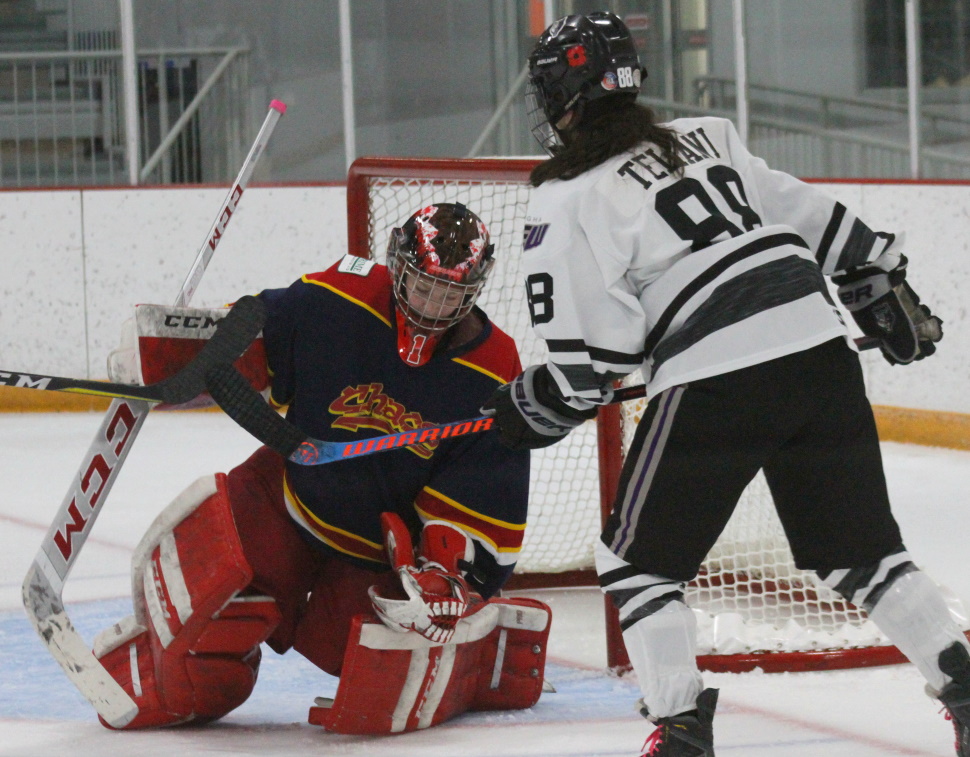 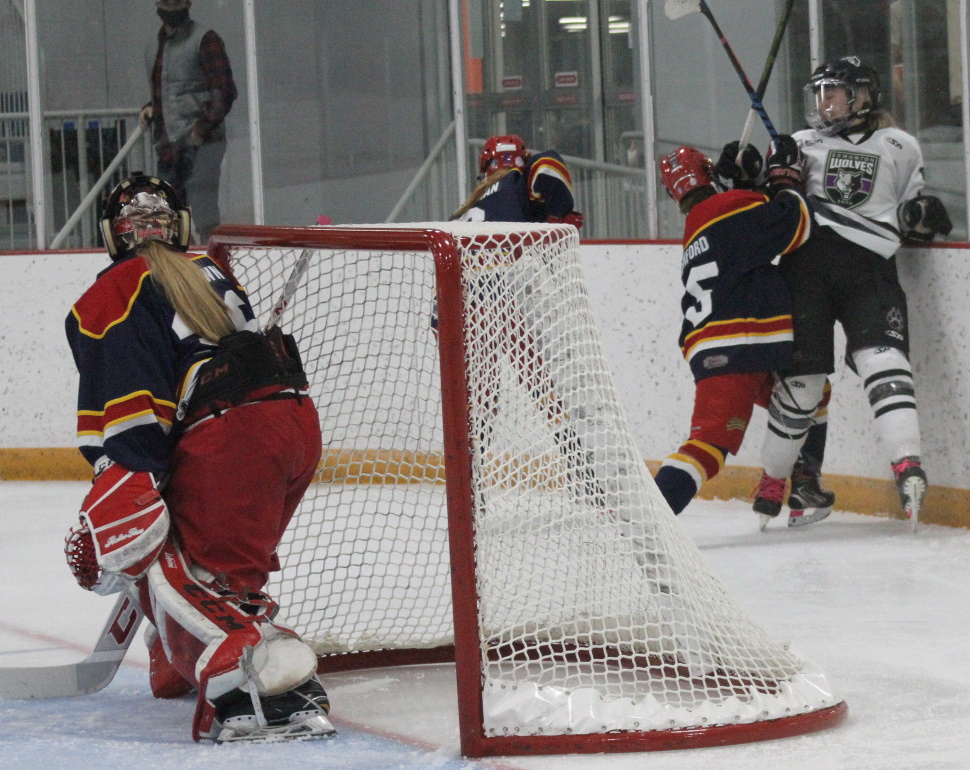 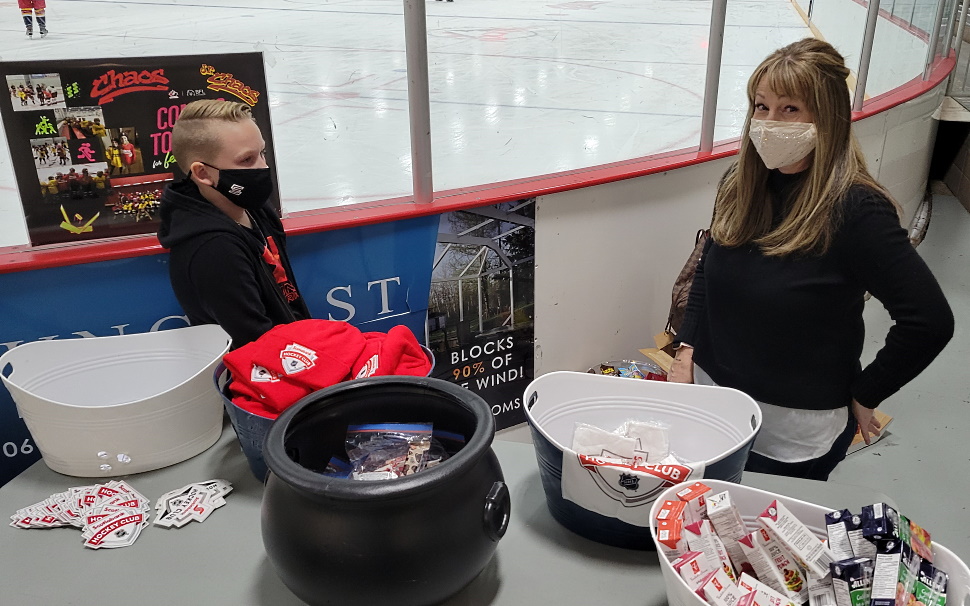 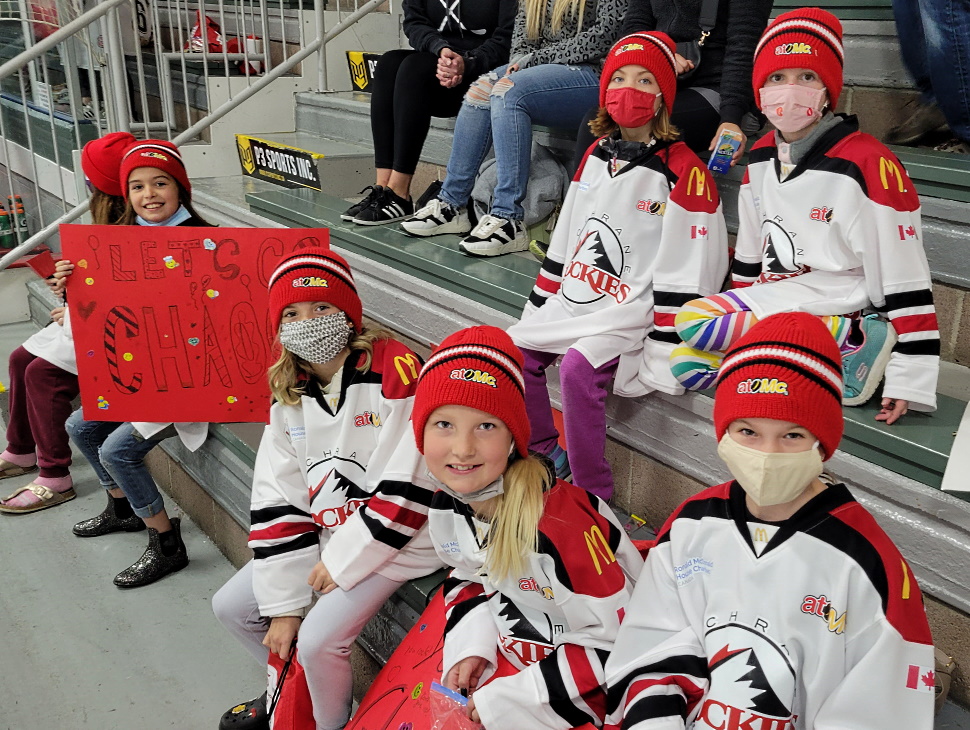 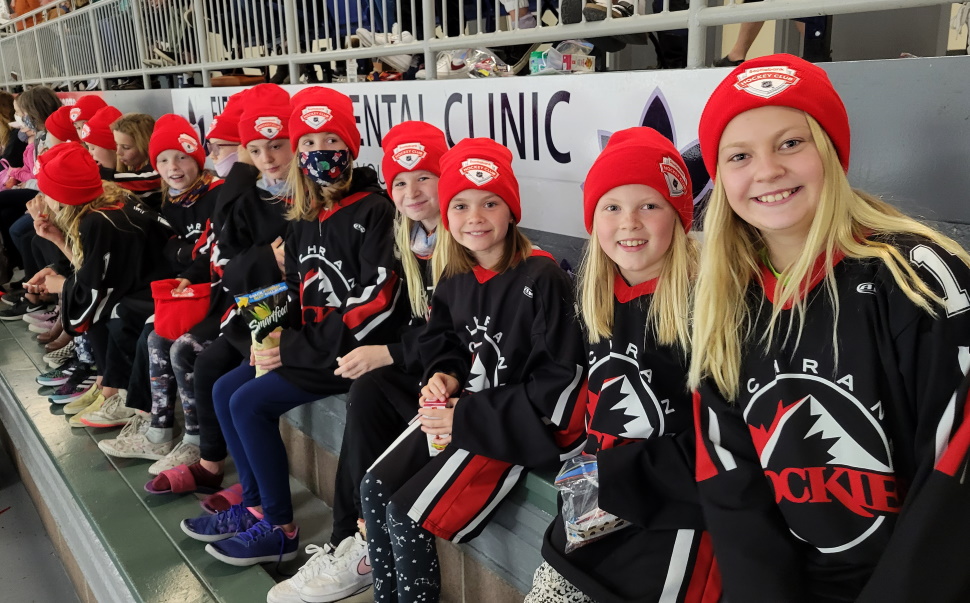