The Cochrane Cobras are heading to the provincial championship game for their fifth consecutive matchup against the Holy Rosary Raiders next Saturday.

On their home field yesterday, the Cobras dominated the Crescent Height Vikings with a balanced playbook to take a 42-0 win.

In contrast, the Vikings leaned on their large, and skilled offensive line to plow down the middle for a good 90 per cent of their plays.

"I thought Chase (Hunt) ran the ball very hard and Xav (Vaillancourt) was hitting the right guys. The weather was conducive to what we wanted to do."

Co-head coach and defensive co-ordinator Ken Polson says the physicality of the game will help in preparation for Holy Rosary. He says they didn't tackle well against Winston Churchill the week before, and their coverage was inconstant.

He's expecting a tough challenge against the Raiders. They can run, they can throw, and they have a solid offensive line.

"It's a full meal deal, so this has helped to set the stage for the physical part," says Polson. "Now we just have to prepare very well for the athletic and strategy part."

Quarterback Xavier Vaillancourt says the Cobras have been preparing for their likely matchup against the Raiders.

"We've got a good plan for them. We just have to do the same kind of execute as we normally do, run all the plays as best we can, stay off the penalties, and we should be good."

Fox Bell surprised the Vikings with his first successful onside kick. A Viking player couldn't keep control of the ball, and the Cobras recovered.

Besides this, the multi-talented player enjoyed running the ball after what we called a lazy game the week before. He praised the o-line for their work.

Receiver Ty Metcalfe is recently back from a wrist injury and scored one of the Cobras touchdown.

"I felt pretty good. Our team had good energy and that pumped me up. The wrist is feeling better. After that catch, I got a little more energy."

For the first time this season, penalties didn't haunt the Cobras. They had zero penalties in the first half and just a few in the second.

"I think we were executing a little smarter," says McNab. "When you execute smart, and you play as a team, you don't take as many penalties. It's when you're not playing smarter or you're second-guessing yourself that you get in trouble."

The Cobras are vying for their sixth consecutive provincial championship. McNab maintains repeating is never easy.

"We beat them four times in a row, and I'm telling you the hardest thing to do is repeat as a champ. To beat a team that many times in a row is going to be tough."

The Cobras already hold the Alberta high school football record of five consecutive titles, something they set against the Raiders last year.

In the north final, the Raiders beat the Sturgeon Spirits, 56-0.

The championship game is on Nov. 23 at the Raymond Comets Stadium. Kick-off is at 2:30 p.m.

The  Cobras played there earlier this year in an exhibition loss to the tier 1 Raymond Comets. 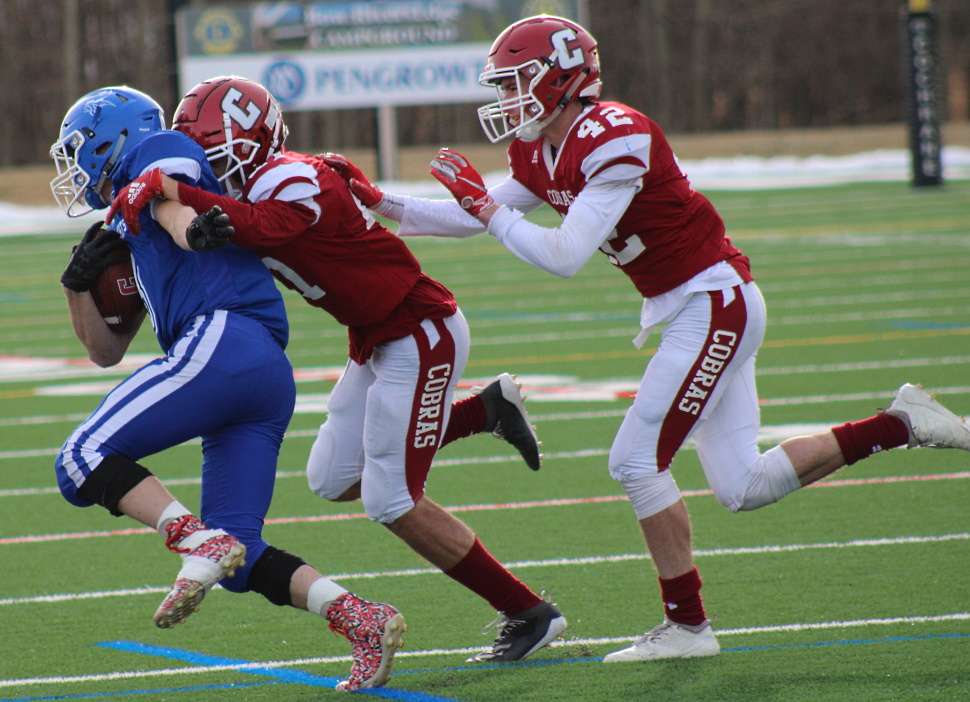 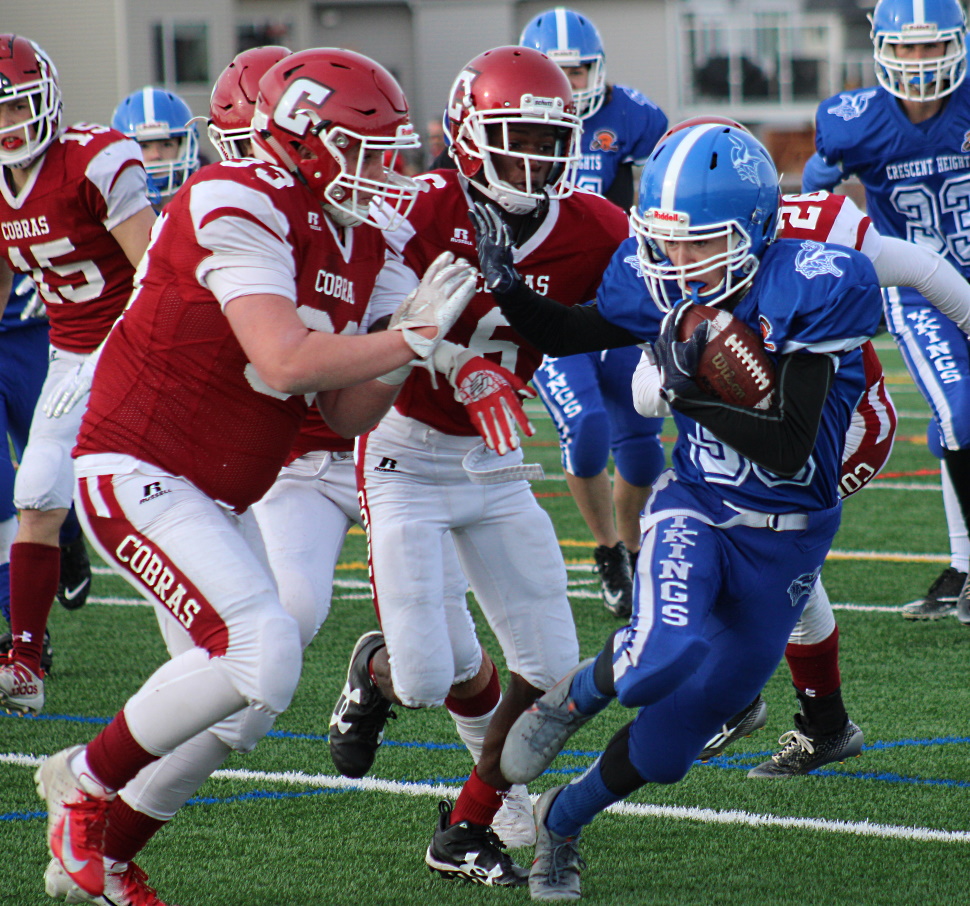 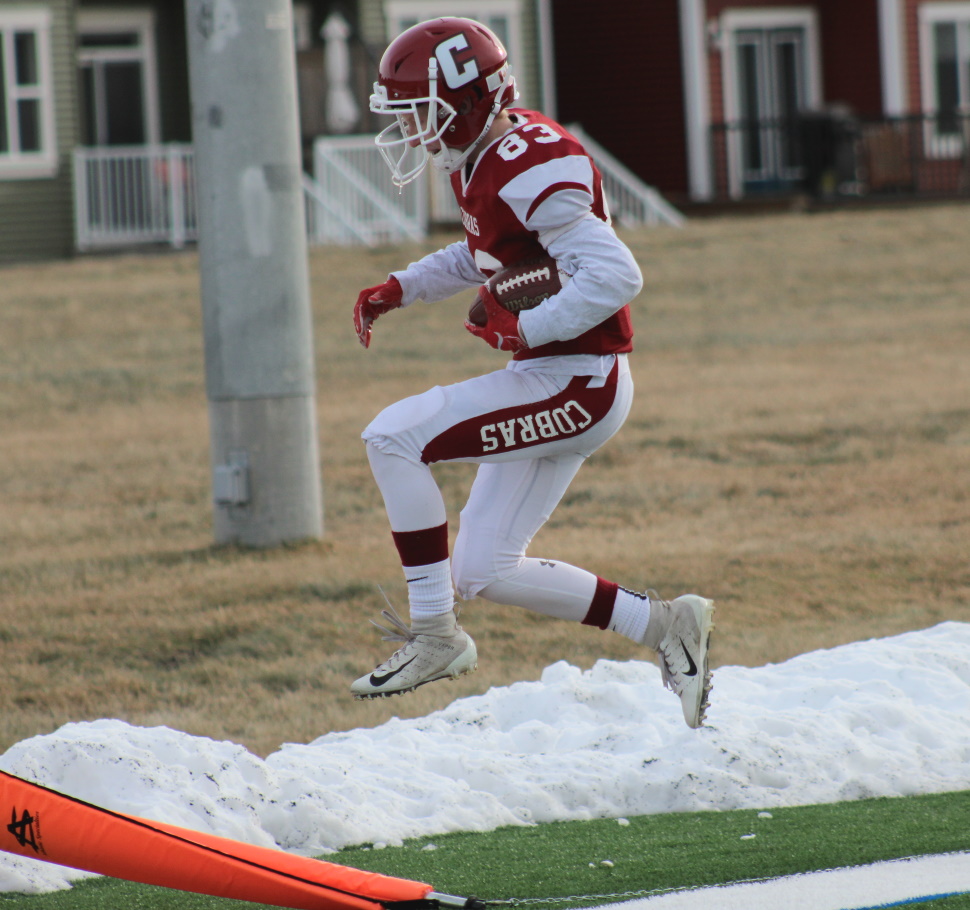 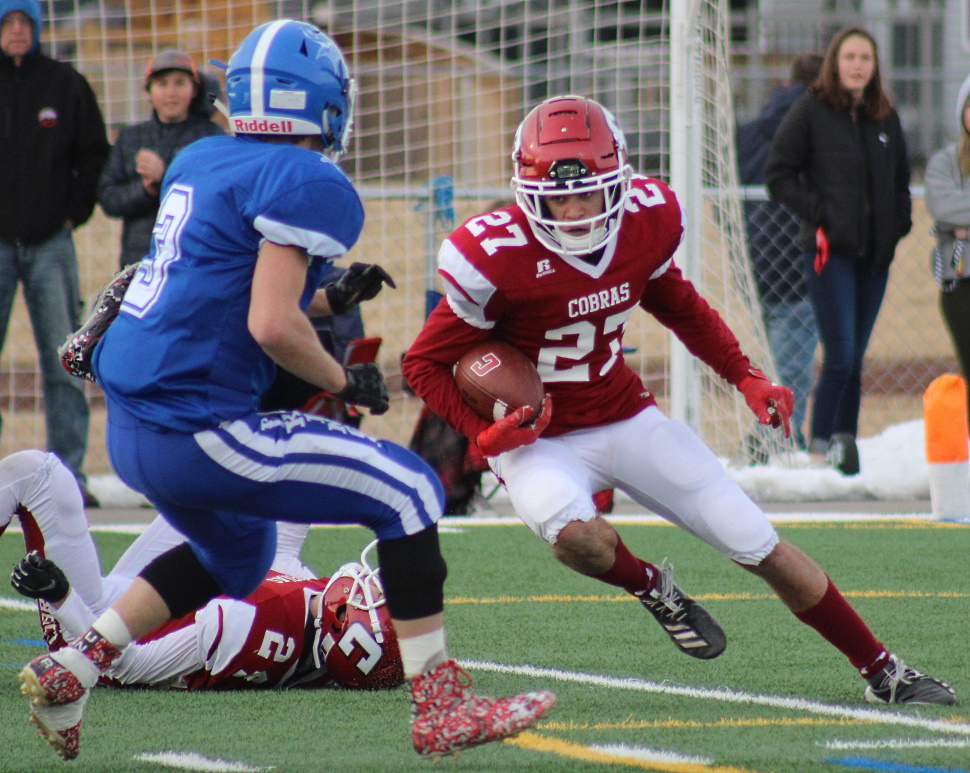 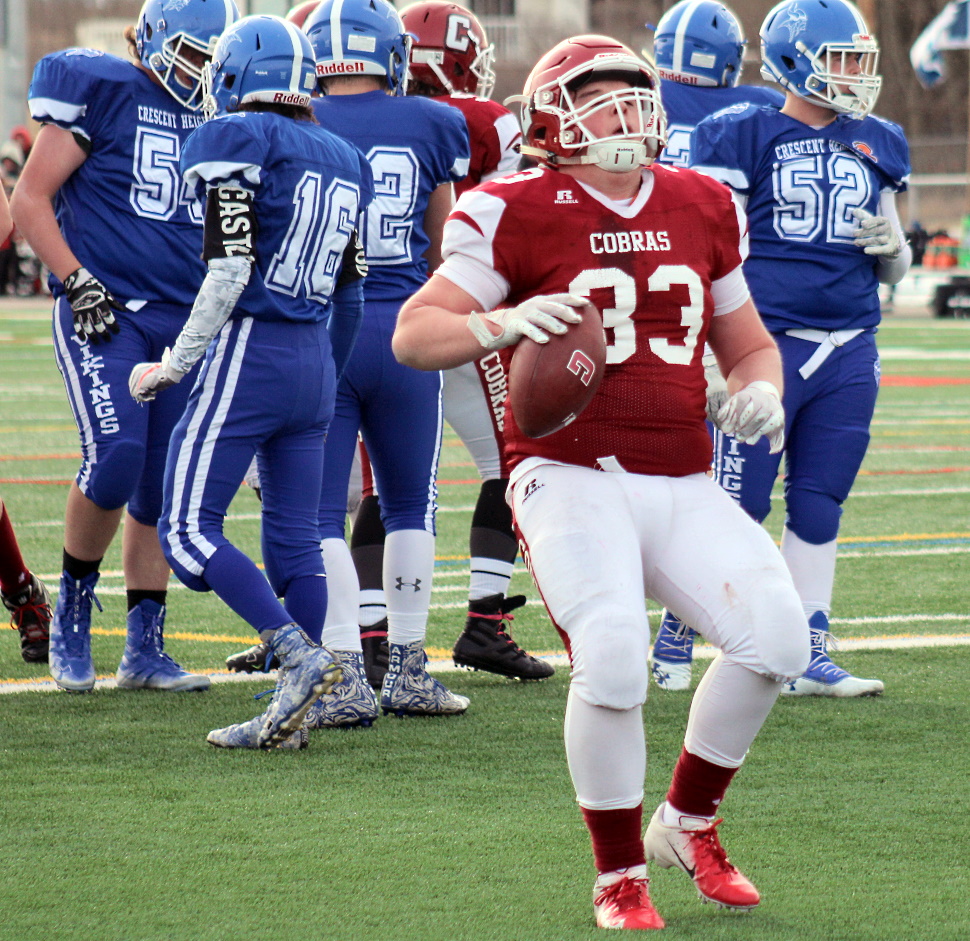 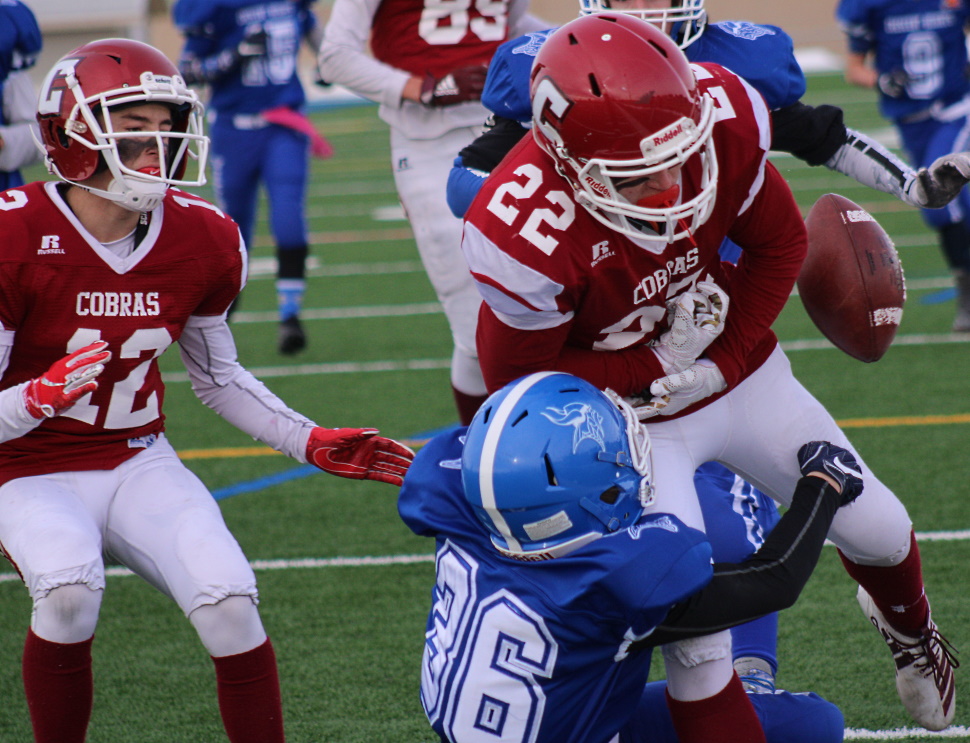 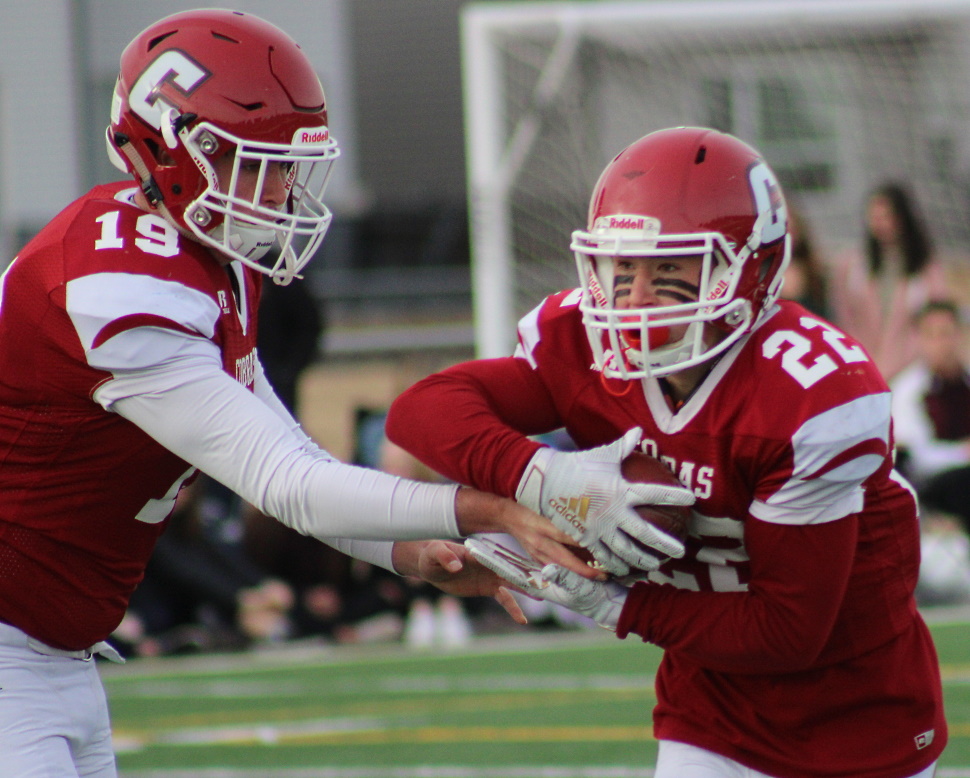 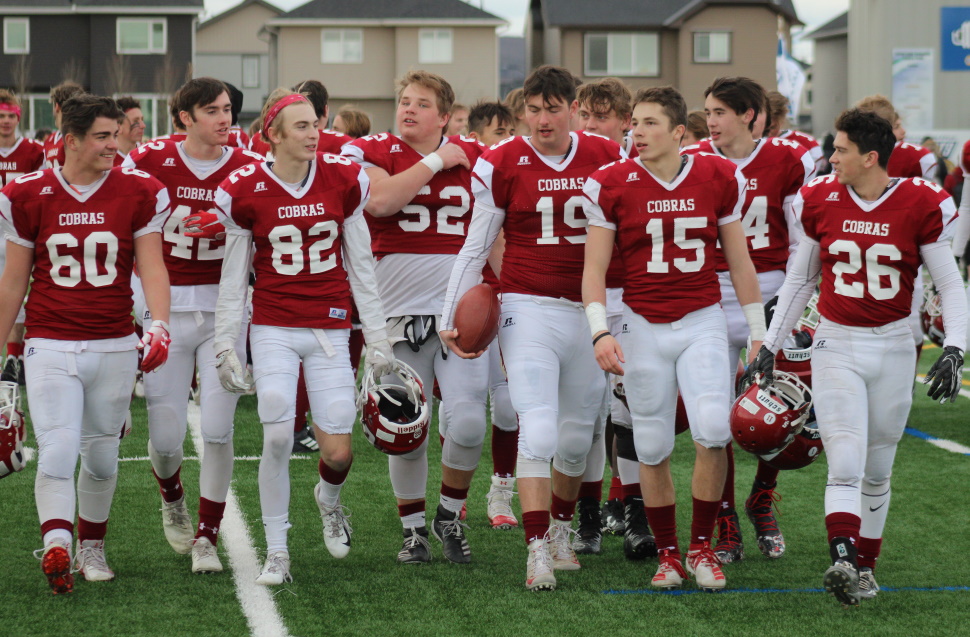