The Cochrane Chaos remain perfect in 2023 and have continued a winning streak that began Nov. 20.

In a weekend homestand, the Chaos dominated the Chinook Blazers, 19-0, on Jan. 14 before winning a closer contest with the Sherwood Park Steele, 4-1, the following day.

The win keeps them on top of the south division and only the Lethbridge Eagles have any chance of catching them.

The Blazers are a young and developing team new to the league this season and remain in the hunt for their first win.

With their aggressive tight-checking, the Chaos limited the Steele to just 18 shots--just three in the third period--to control the play.

"We didn't give much at all," says Chaos head coach, Derek Loomer. "We started a little sluggish, a little bit of an overhang from last night, but once we got our legs back underneath us and started to focus back on our game, I thought we hemmed them up in their end a lot. We had a lot of traffic in front of their net."

They got two goals in the first on rebounds from scrambled in front of the Steele net. Two more followed in the second, one a short-handed goal by Erika Wensel.

Other scorers were Cochrane's Sarah Nusl with an unassisted goal and assist, Kaley Mueller, and Kelly Stanford.

The Chaos have five games remaining in their regular schedule. They host the Blazers in a makeup game on Friday night, then get a week to prepare for the Edmonton Wolves, the top team in the north, on Jan. 28.

Early in the season, the Wolves and Chaos tied 2-2. In the pre-season, they split a home-and-home series.

"It's going to be interesting to get a look at them," says Loomer. "We haven't seen them since the second weekend of the season. They're top in the north, we're top down here right now, and it will be really good to see them at this point in the season."

Two games against the Eagles and one on the road against the Calgary Titans round out their regular season. 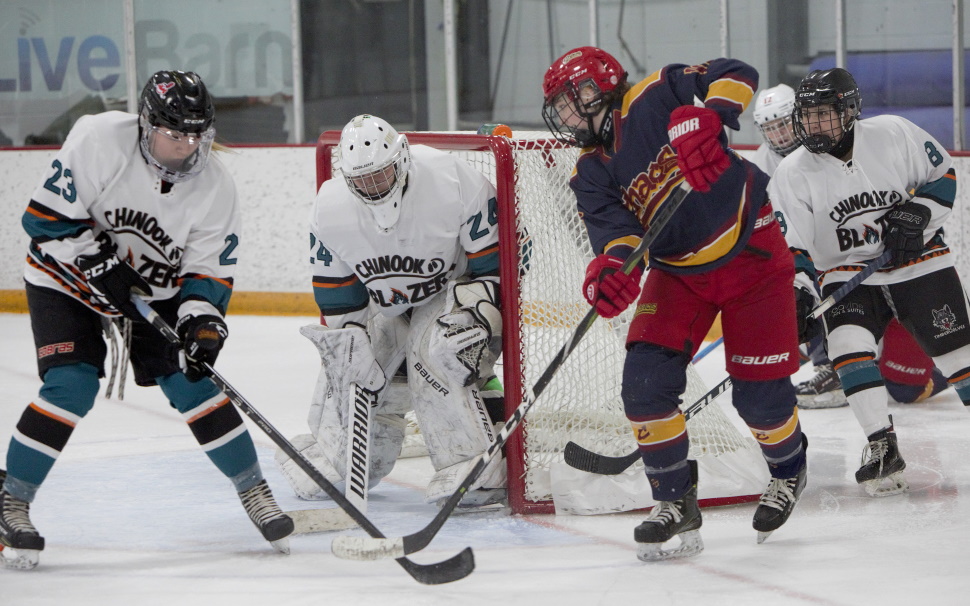 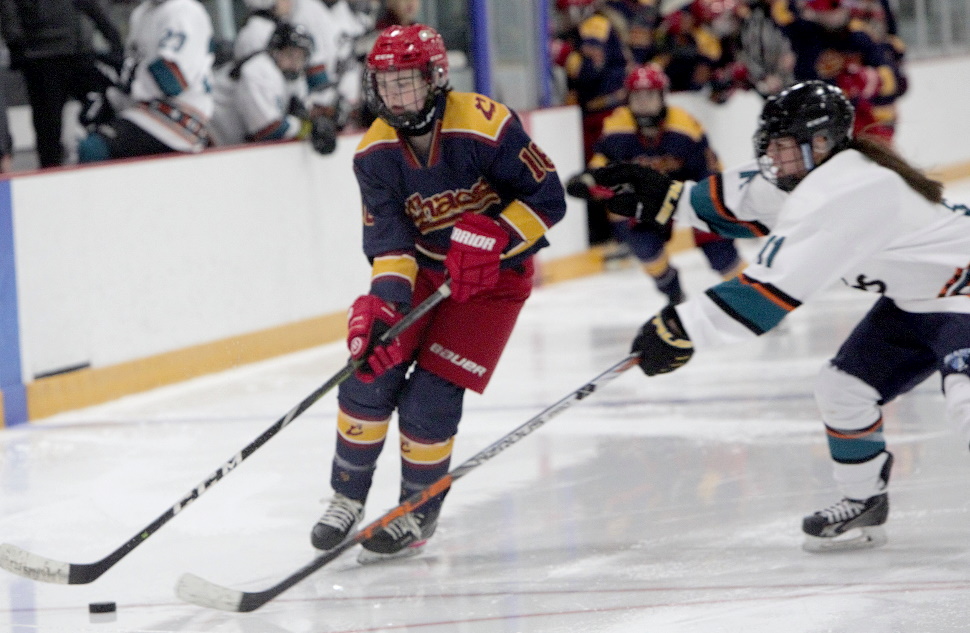 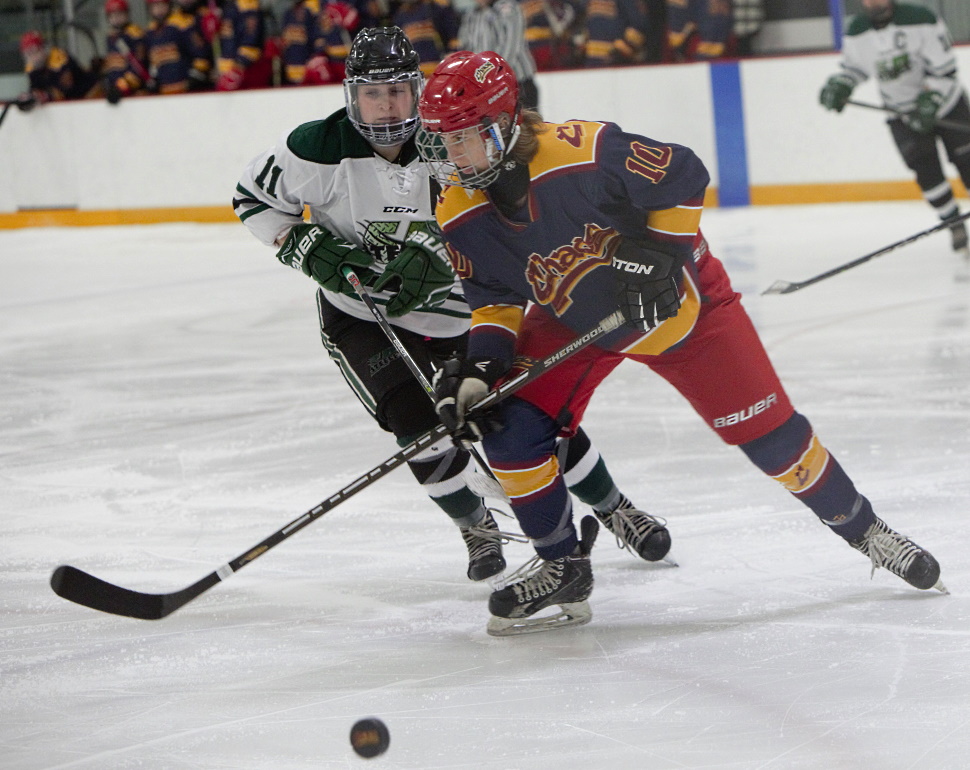 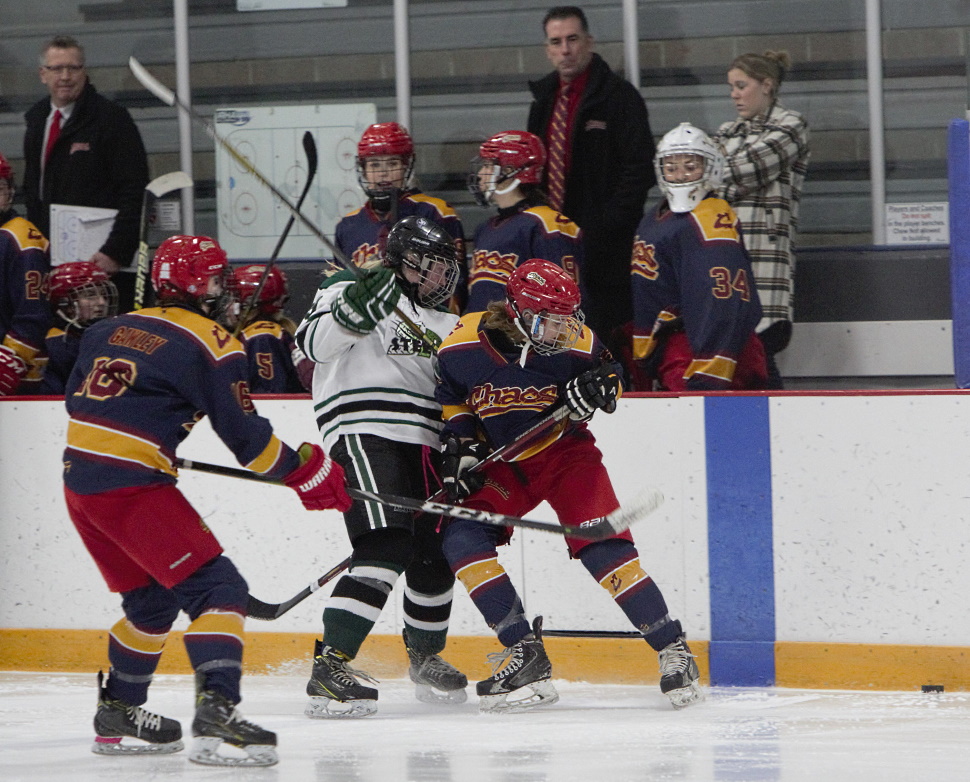 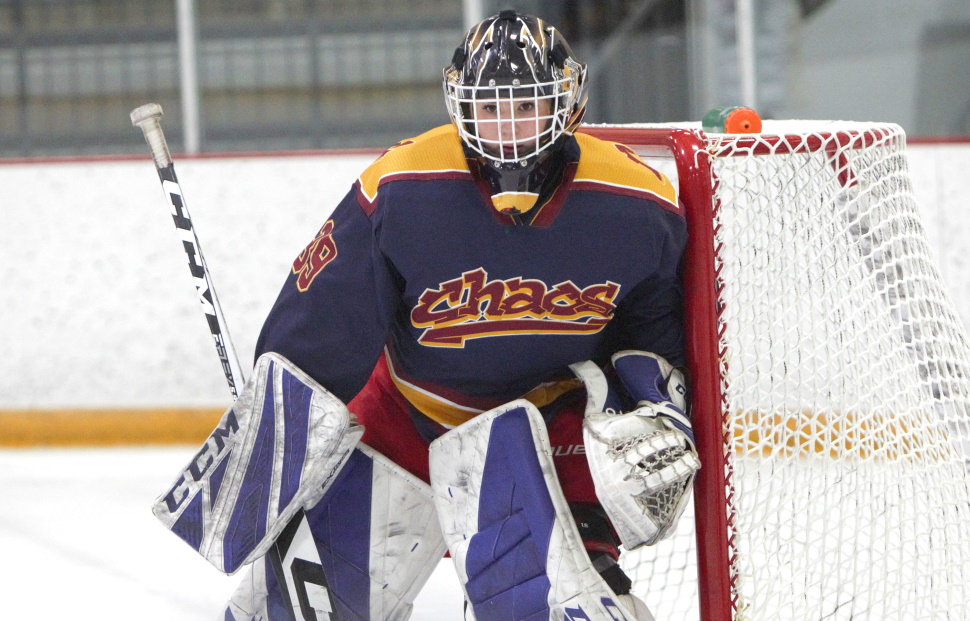