There's no track, and there are limited training facilities, yet that hasn't prevented the Cochrane High from continuing to be a dominant force in Alberta high school track and field.

The depth and breadth of Cochrane High's track and field team can be measured by the determination of its athletes to excel, a strong school culture, and dedicated and passionate coaches who are second the none.

The Cobras have recaptured the ASAA 3A schools provincial championship banner in epic fashion on June 3-4 in Medicine Hat in the anxiously awaited return of provincials.

Head coach Esther Sieben says they won 16 medals, the most ever at provincials, and accumulated over 500 points, something she believes is also a new high. They were nearly 200 points ahead of second-place St. Paul Regional High.

What makes this even more impressive is how they did it all without about six or seven of their grade 12 athletes who were unable to compete due to graduation ceremonies taking place the same weekend.

In the most inclusive track and field team they've sent to provincials yet, Cochrane High's Unified Team athletes also won the silver banner.

Sieben says it was made possible by all the athletes, dedicated coaches, great community, and supportive parents. She says medal or not, it was a total team effort by all 32 athletes. Points are awarded for the top 16 placements in each event, one point for 16th progressing to 16 points for first.

"They had a goal in mind. We're a grassroots track program because we don't have a track. We run on the grass, we do hurdles on the grass, we jump into a sand pit, and we pole vault on a mat from the 1970s. It's just a grassroots program, and the kids bought in and said yeah, let's do this. We can do this."

"We knew were losing some senior events because of grads and we lost a couple of athletes to the rugby provincial championships, and it didn't phase them. They said that's OK, we have to overcome certain obstacles as well, but it shouldn't be easy."

Three grade 12s did make the trek to Medicine Hat. With their events on Saturday, they left early Saturday morning after Friday night's celebration, competed in their events, then returned to Cochrane for safe grad on Saturday night.

"That's the kind of kids we have. They're very committed, they're very determined and they knew that we were in the run. We had a very strong team this year, so they just made the point of committing and taking the steps necessary to get those performances in."

One of them Ray Belanger went on to win gold in the long jump and silver in high jump.

She says the ride home on the bus was special. When the bus driver put on "We Are the Champions," the busload sang at the top of their lungs.

"They were in the moment and they just celebrated the bus ride home. The kids were absolutely phenomenal, they were stellar. They performed, they went to bed on time, they ate the right food, and they bought in. They had a goal and they achieved it. It was pretty cool."

The track season started on Feb. 15, and since then the athletes have been dedicated to their training, before and after school.

"Every time they put their foot on the track, whether it was at divisional, zones, or provincials, they got better and stronger and more technically sound."

The school does have tools to help develop their athlete throughout the school year, including a sports performance program where they work on strength, agility, and nurture their training. This year they had their first-ever all-girls performance class.

"I think the kids that value the life lessons and the things you get from sports, they want to contribute, they want to get stronger and they buy in. That buy-in is very important."

She says it extends to the whole school community and the ripple effect is apparent at the neighboring École Mananchaban Middle School.

"Every morning when we were out there, we'd see Manachaban out there too, training and going over hurdles and throwing the shot put. They see the older kids warming up and training and they want to be part of it."

On the back of their shirts were the words of Steve Fontaine: "To give any less than your best is to sacrifice a gift."

She believes the athletes took those words to heart and it became the mantra of the team this season.

"The bottom line is some of these kids are number one in the province. They beat club kids, they beat kids from Calgary and Edmonton, it's phenomenal."

There were many incredible performances, but standing out among them was that of Jett Hasiuk. He burned up the track to win three gold medals in the 200m, 400m, and 800m and came within reach of shattering a provincial record. A video is attached, courtesy of Karen Hasituk, of a win over Lucas Authier, from Catholic Central, by 0.01 sec.

The banner win was the track team's third this season. They also won the Rocky View divisional and ASAA South-Central Zone banners.

It was the first provincials since 2019. They placed second there, but have regularly brought home the title over the years.. 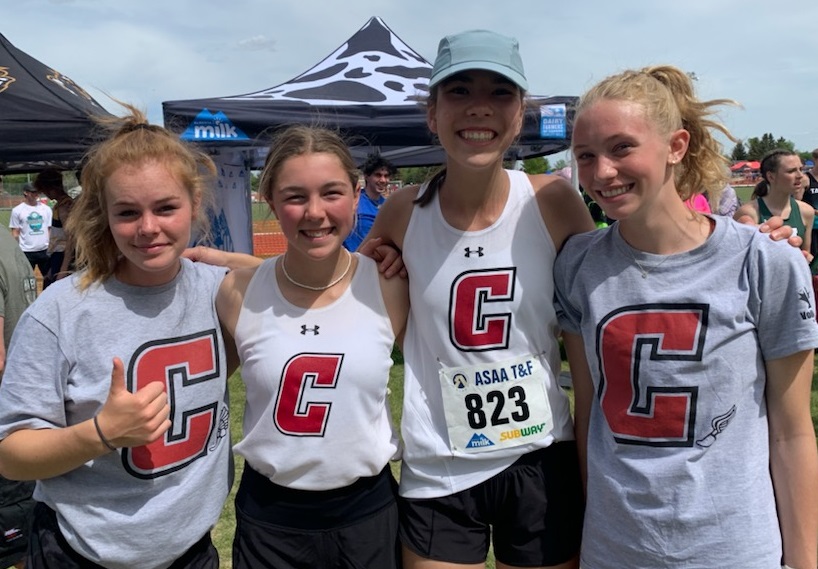 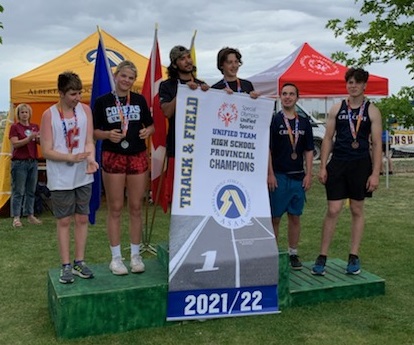 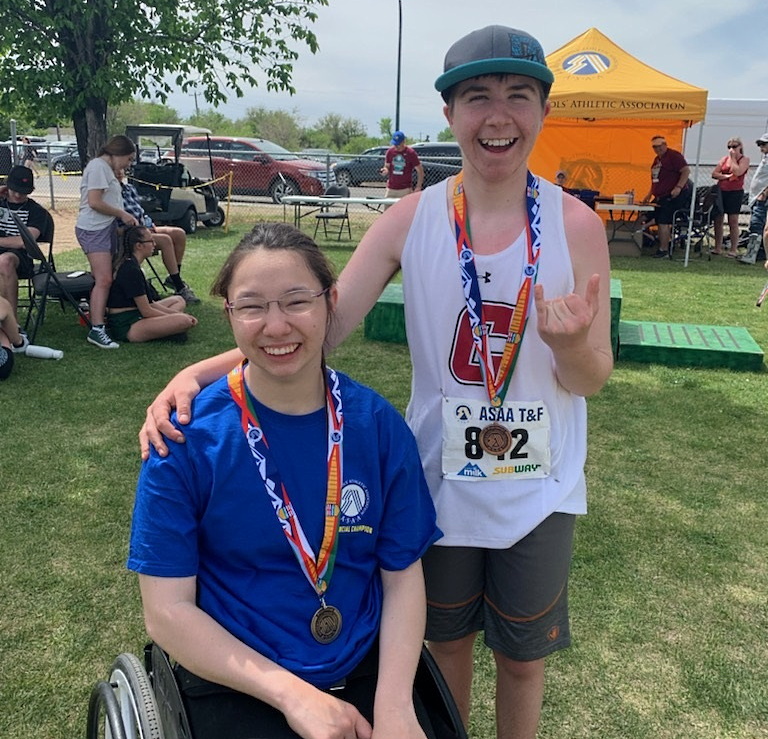 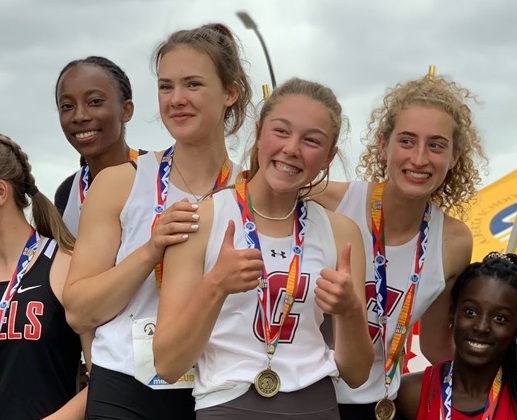 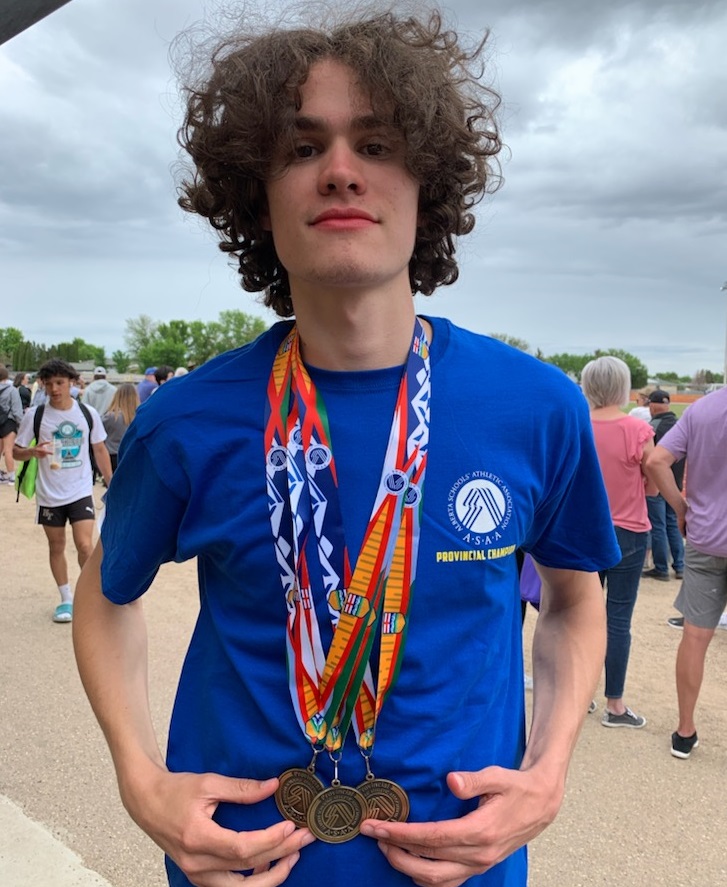 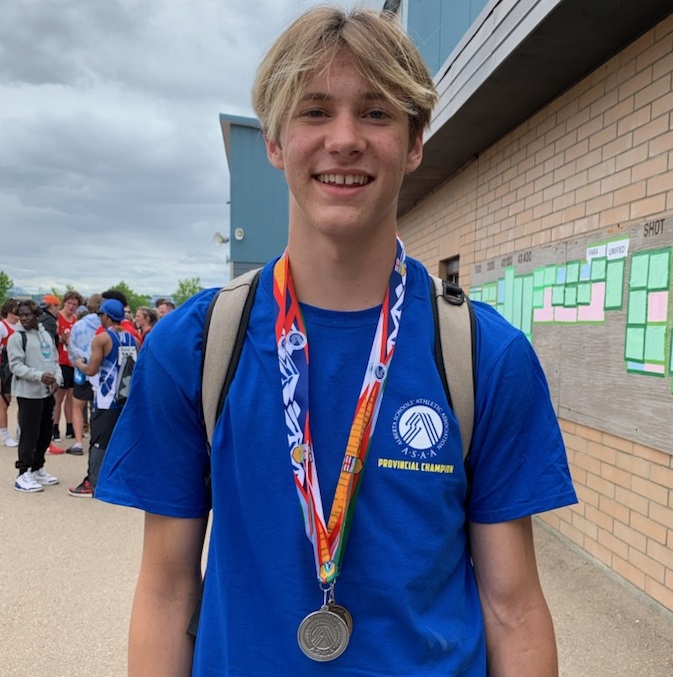 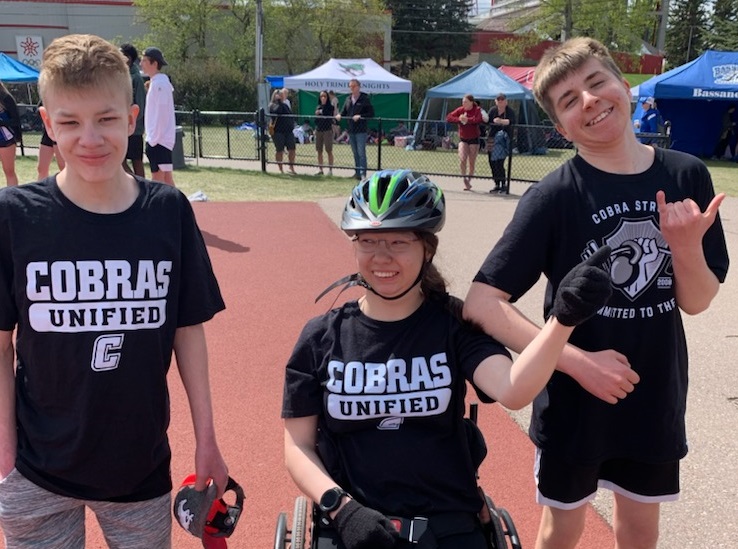 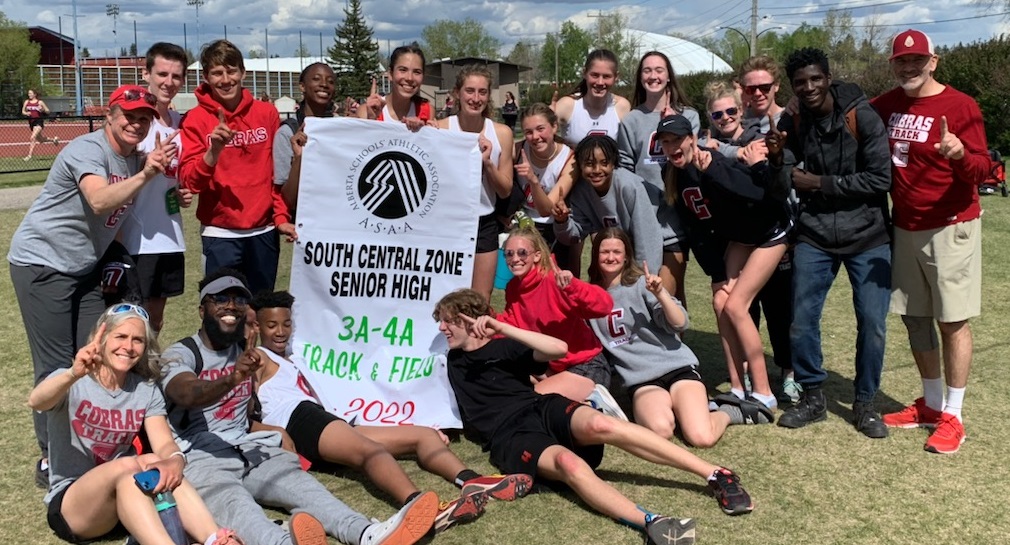