Update: Canmore RCMP have confirmed that Lewis has been located safely.

Officers are thanking the public, hikers and various agencies who helped to locate him.

RCMP in Canmore have launched a search for a missing man.

The 70-year-old man's last known location was along 8 Street in Canmore.

Lewis suffers from a medical condition and is not familiar with Canmore or the surrounding area.

He is described as:

If you see Lewis or know of his whereabouts you are asked to call the Canmore RCMP or Crime Stoppers if you'd like to remain anonymous. 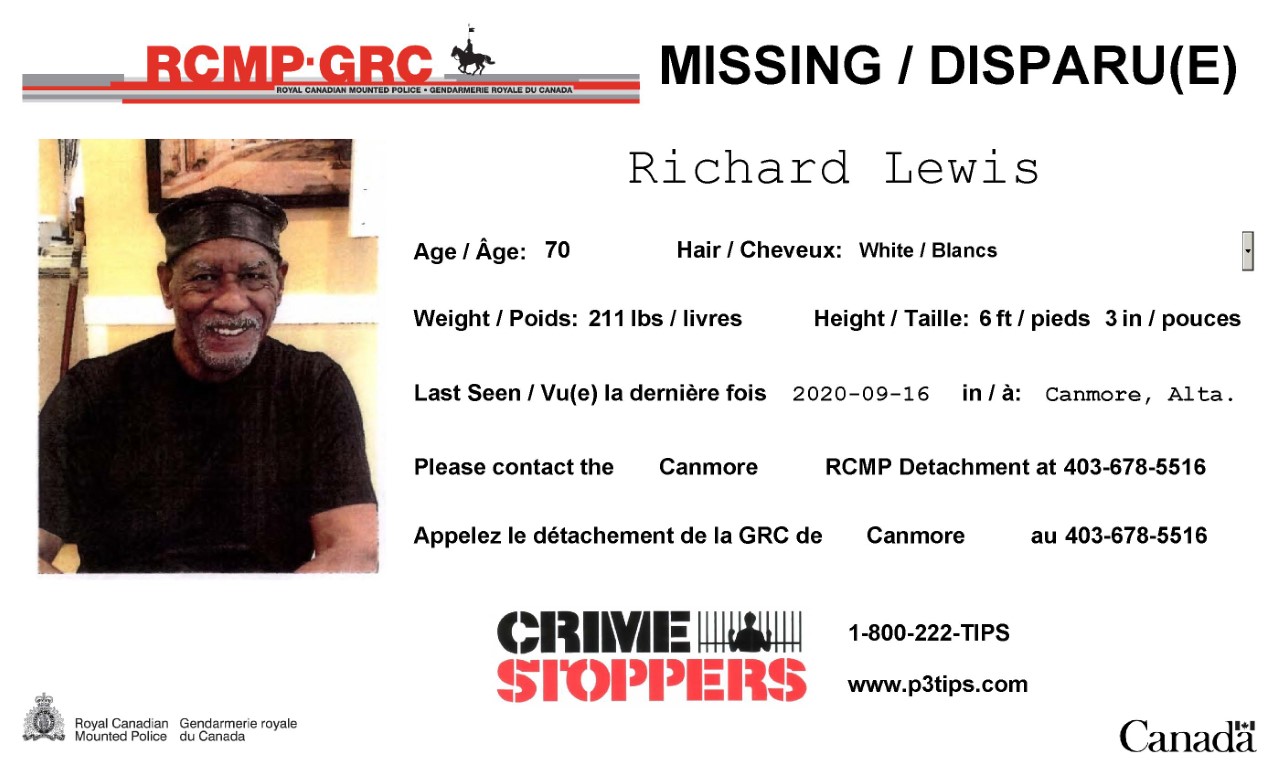