The ceremony looked different but the theme surrounding Remembrance Day was unchanged.

A small group gathered at today's Remembrance Day ceremony at the cenotaph in downtown Cochrane to honour those who have fought for our freedom.

Hundreds of Cochranites watched the live-streamed ceremony at home with their families.

Emcee, Ret. Captain with Princess Patricia's Canadian Light Infantry, Bryce Talsma says "Every year one of the pillars of our country is to come together to take a moment to pause and honour the nearly 2.5 million men and women who have served in uniform since the birth of our country. And honour especially the more than 118,000 who have made the ultimate sacrifice."

"But, our remembrance is not based on numbers and figures, but in each individual who answered the call to service and the recognition of the debt we owe each one of these heroes."

"If ye break faith with us you die, we shall not sleep, though poppies grow, In Flanders Fields."

The Last Post was then played by Trumpeter Isaiah Vitalis, a Grade 12 student at St. Timothy's High School.

This was then followed by a moment of silence

Mayor Jeff Genung read a speech that his great-great-grandfather, who was Reeve of the Municipality Britannia in Saskatchewan, read on this day 101 years ago.

You can hear his speech below.

"I wanted to share that because I feel over 101 years ago, that, that message is exactly the message that we should be listening to and sharing today. I thank the Legion for pressing on in these troubling times, these pressing times, and allowing this ceremony to take place today."

Several wreaths were laid including the one from Silver Cross Mother Leona Stock. Stock lost her son Sapper Stephan Stock in Afghanistan in 2008.

There was a flyover by the Calgary Flying Club.

The service ended with God Save the Queen lead by Janet Faynor.

The cenotaph is open again for the public to pay their respects. 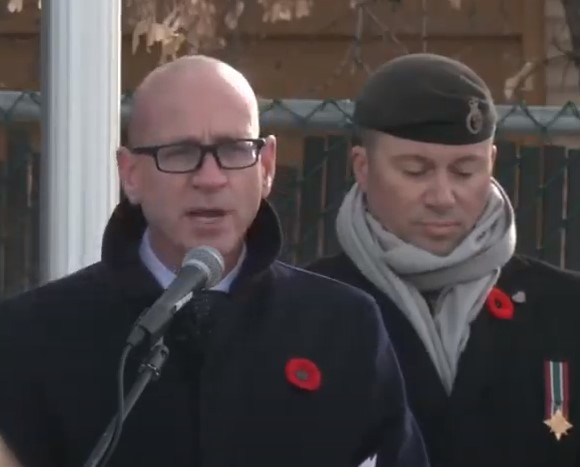 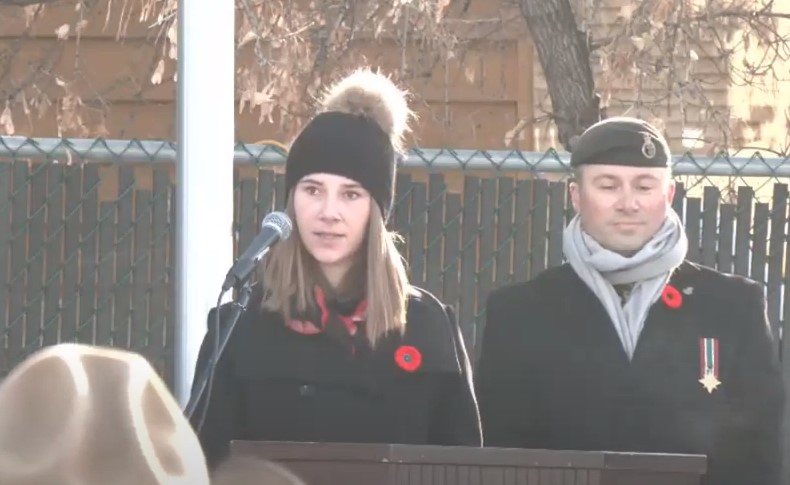 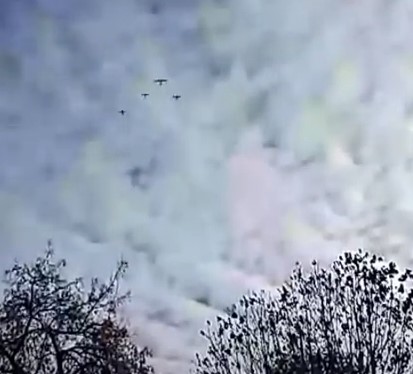 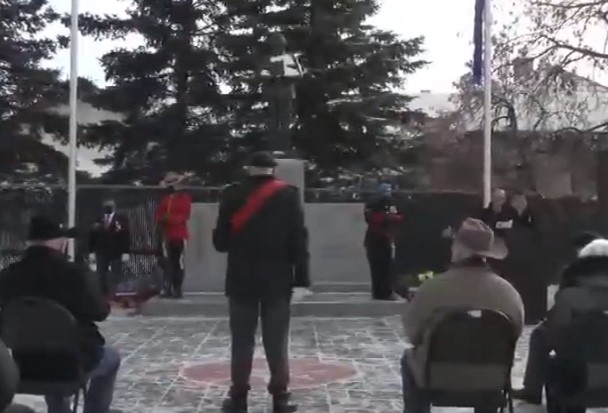 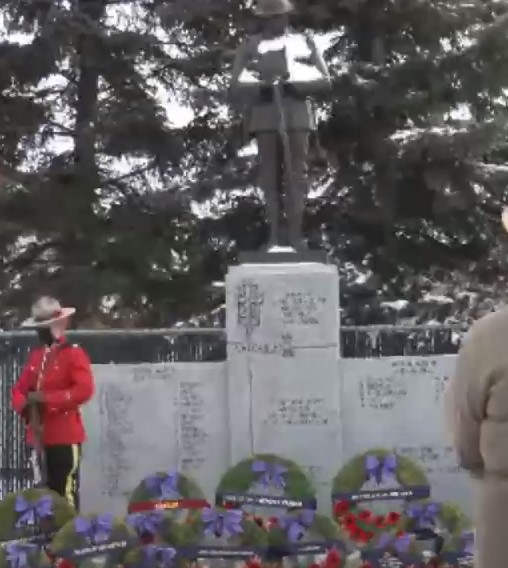