They listened, they walked, they reflected.

Bow Valley High students were 700 strong in their walk to mark Red Dress Day on May 5.

Later that evening a community Red Dress Day Candlelight Vigil was held at the St. Andrew's United Church, followed by a walk and round dance at the Centennial Plaza.

It's a day set aside to raise awareness and education, but also to stand up and demand action for a grave situation that has worsened over time for Indigenous women and girls.

A powerful presentation at Bow Valley High was brought home by 700 students, some carrying placards, who circled the nearby pond led by five students carrying a banner that read "I Stand by My Sisters."

Gloria Snow spoke of the importance of continuing to advocate for change and for taking time to remember and say the names of women and girls killed or missing. She is one of many who continues to struggle with the unsolved murders of family members. Her aunt Evelyn Snow was found deceased by the railway tracks in Cochrane on March 20, 1977.

"She was a nurse, an educator, a teacher, a mother, a person of grace, and she met her demise here in Cochrane," she said.

"We still seek redress and justice for her. Even now, the legacy for her children, for her family, my cousins, we still have a lot of unanswered questions."

BVHS teacher Jenisse Galloway was told by representatives of the Stoney Nakoda that the ceremony was moving and respectful.

"I was so happy to get such a positive response from our Stoney Nakoda guests," says Galloway. "I feel like there's the potential for these relationships to keep building forward in a really positive way. Hopefully, we can find even more ways to show our commitment to reconcili-action."

During the evening vigil, Tony Snow spoke briefly, emphasizing the need to continue to enact Call for Justice #41 of the final report of the MMIWG national inquiry. It calls for the Investigation into missing and murdered Aboriginal women and girls and its links to the intergenerational legacy of residential schools.

There are a total of 231 calls for justice in total.

Candles were light and those at the vigil had the opportunity to view the displays at the church's altar. It was followed by a walk to Centennial Plaza and a round dance. 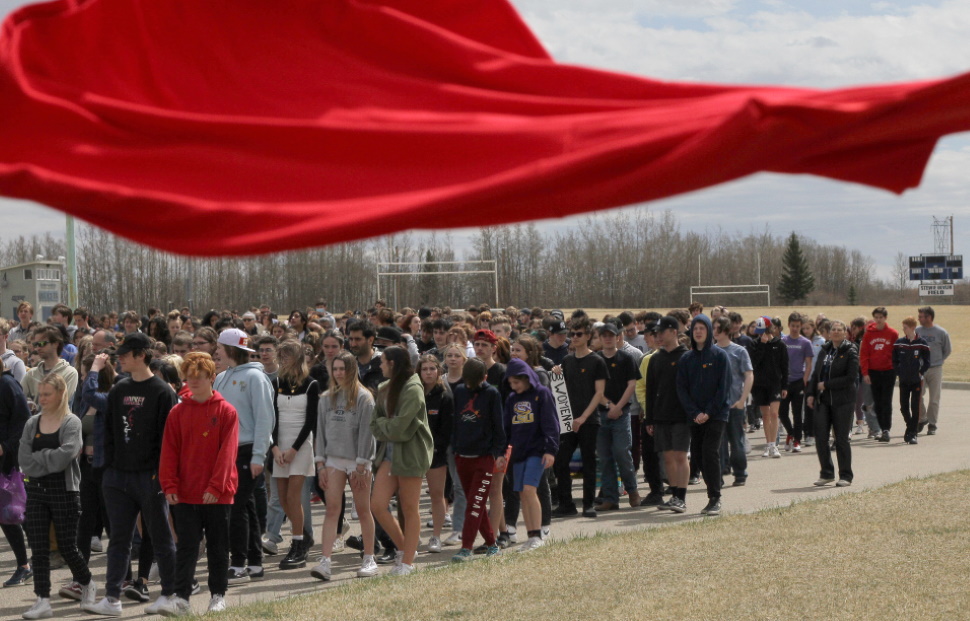 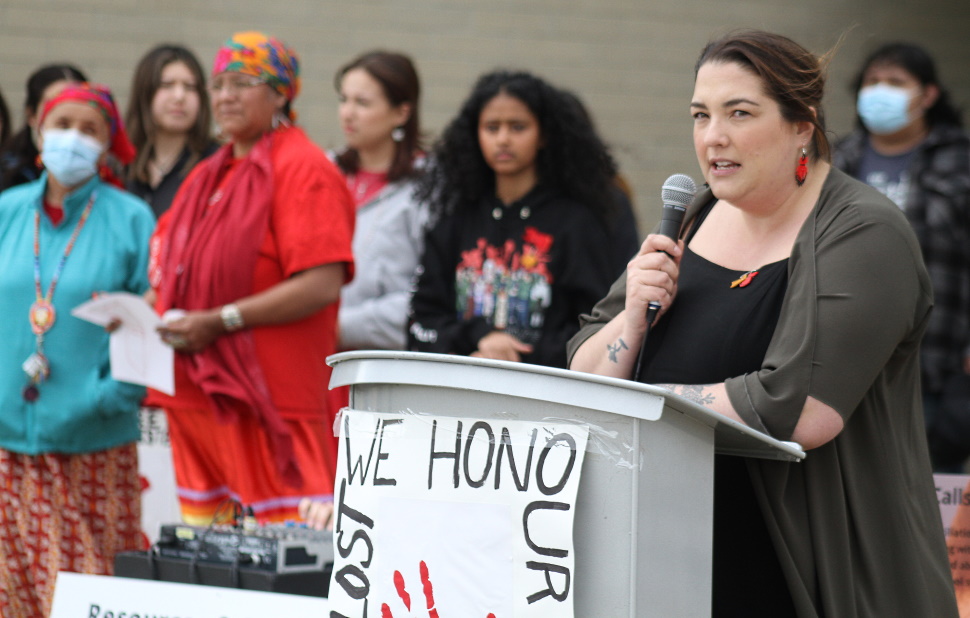 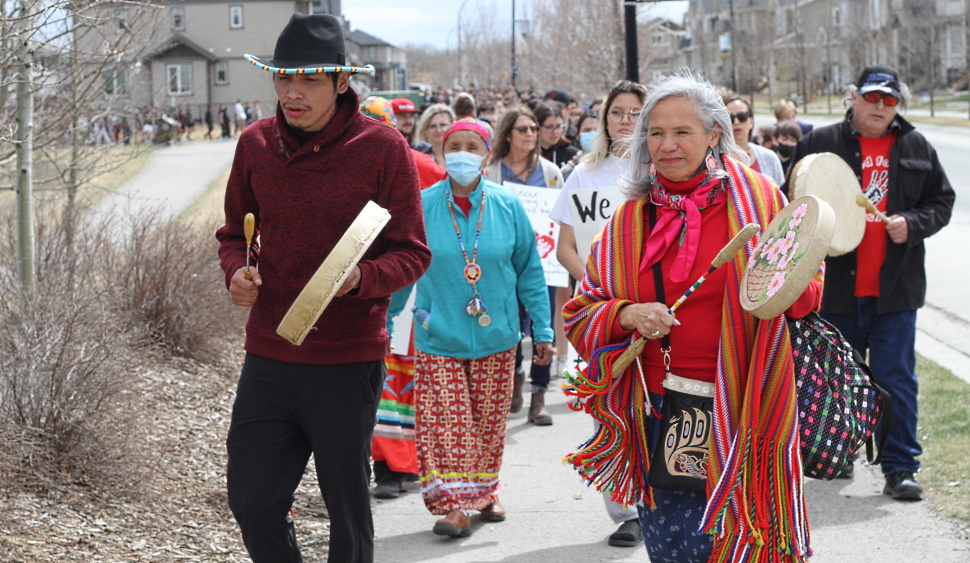 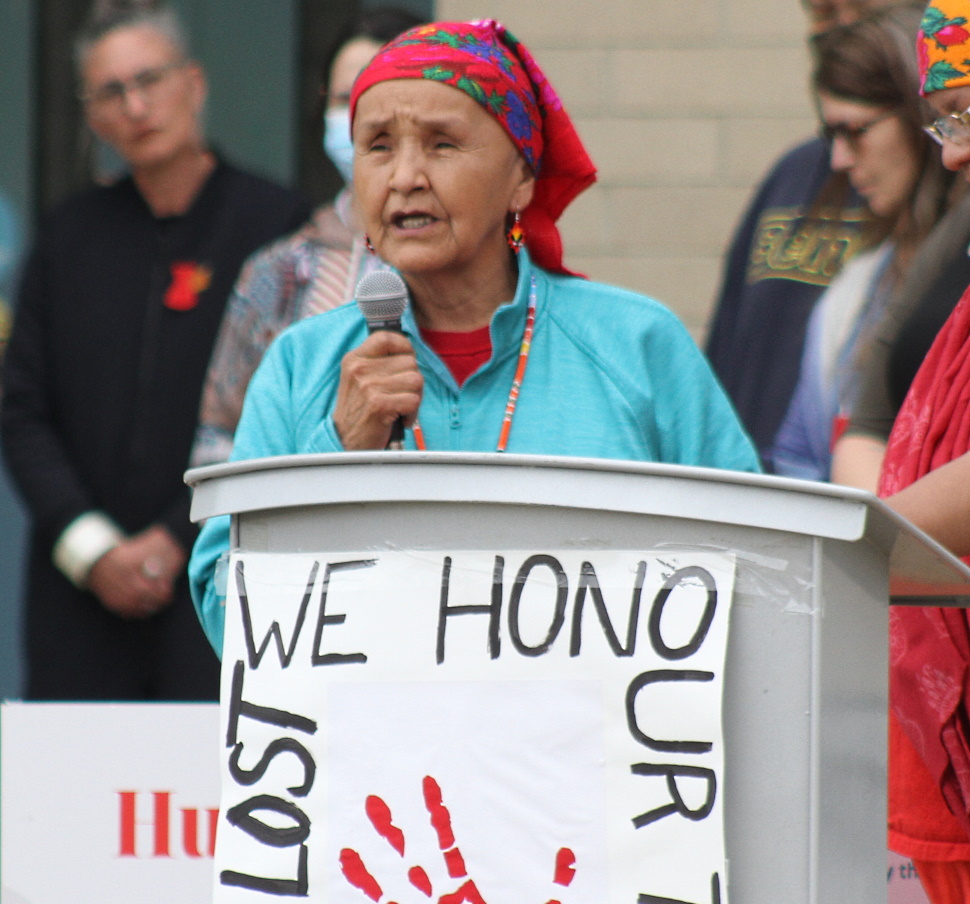 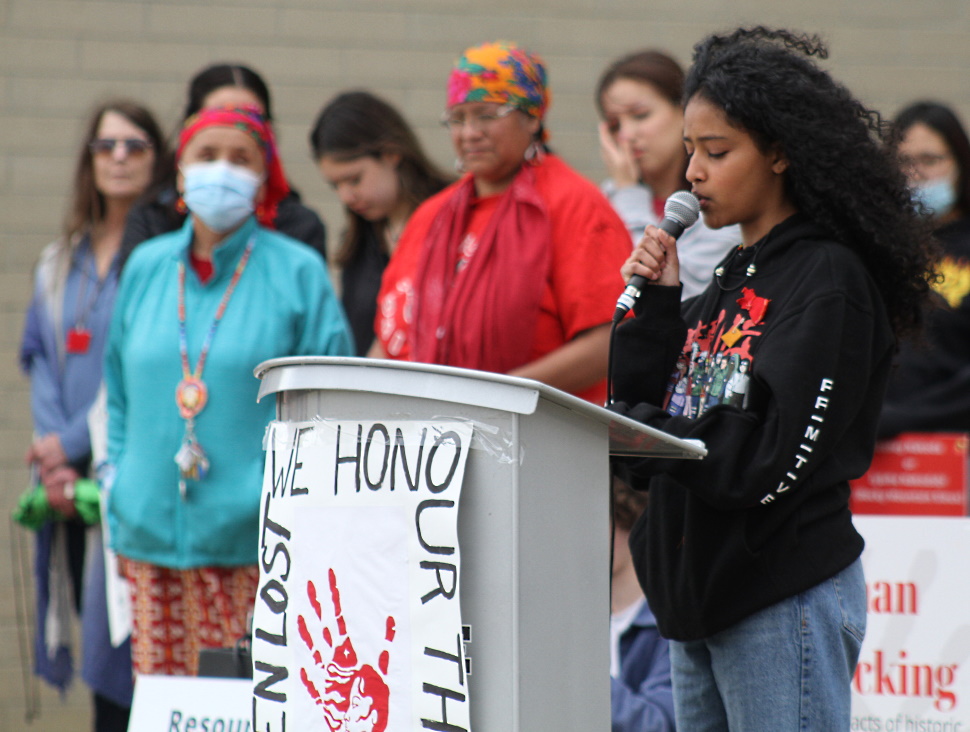 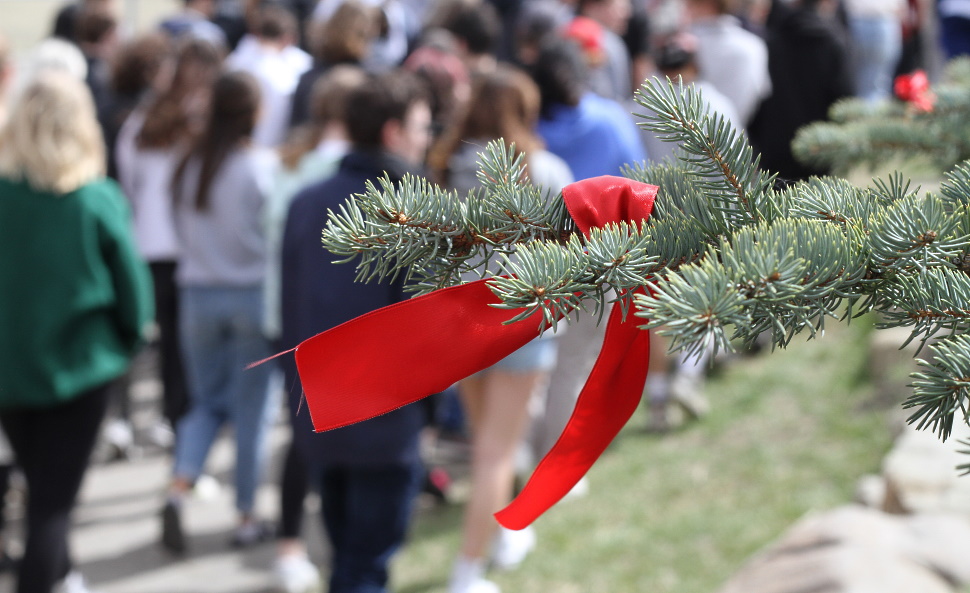 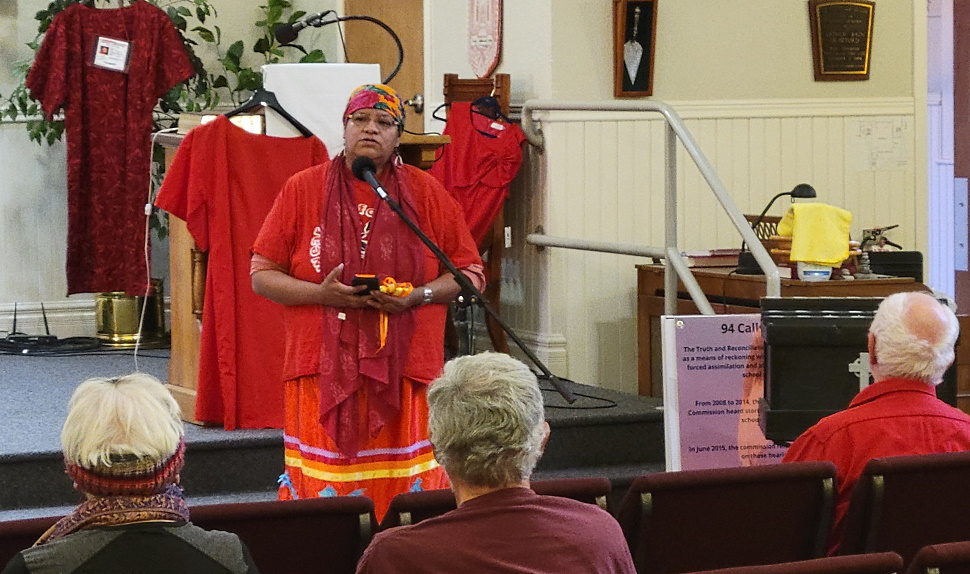 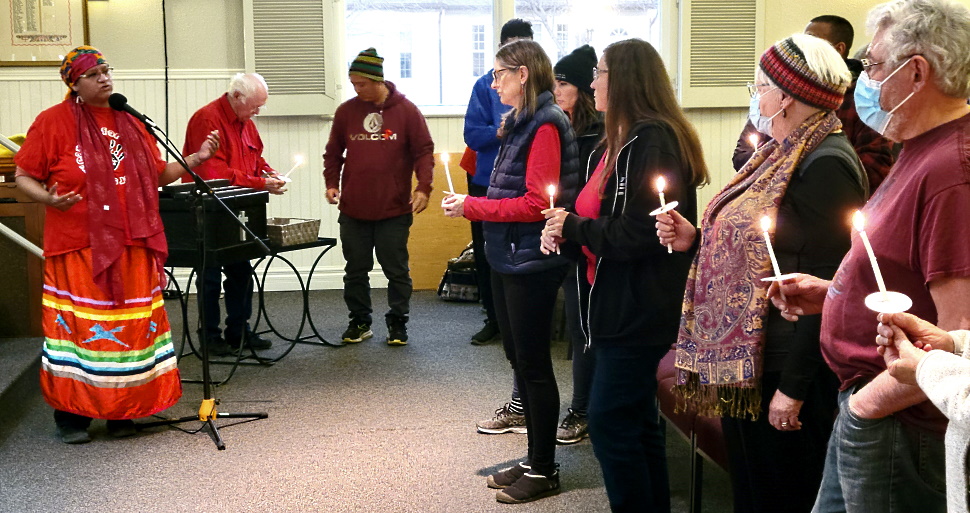 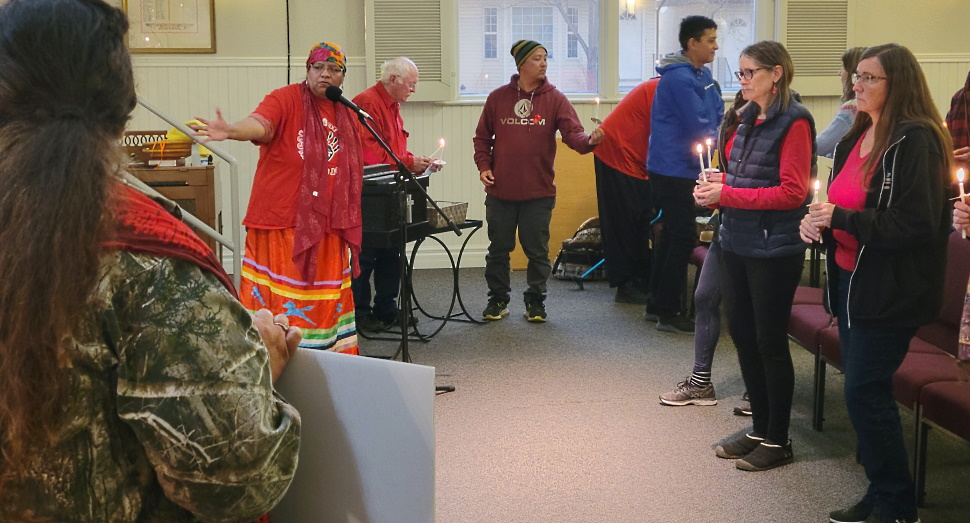 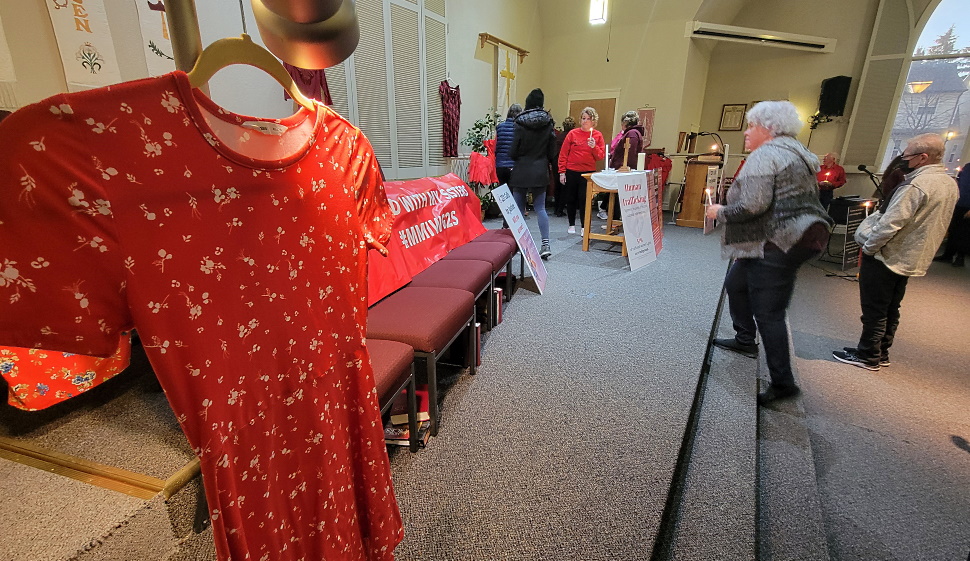 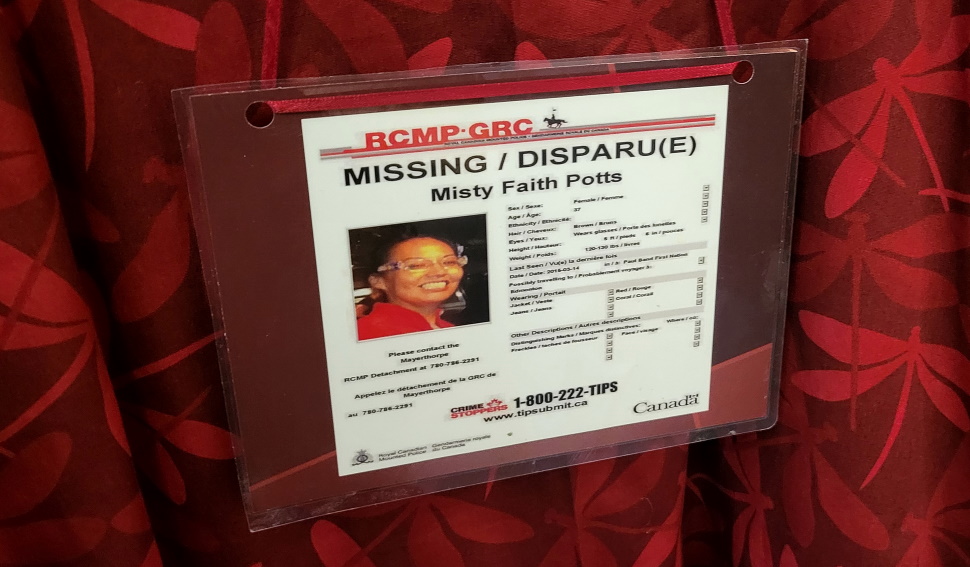 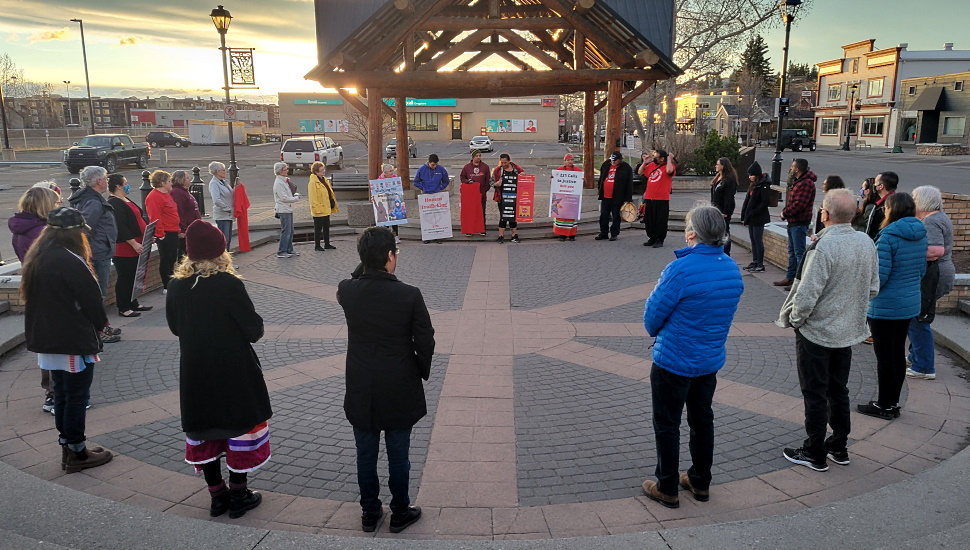