For many, summer just isn't the same without the Calgary Stampede.

Even here in Cochrane, we're missing out on the numerous traditional Stampede pancake sittings and socials.

A couple in the West Pointe neighbourhood wasn't willing to blow off the tradition.

Lisa Foster and her husband Heath pulled out their cowboy hats and western wear, and put together a block party to show some of that good ol' western hospitality.

They barbecued 100 franks for a "Hotdog Hoedown."  The fixings were plentiful, and their chili cheese dog scrumptious.

Lisa and Heath say the Stampede season speaks to the western lifestyle. They had originally planned to hold a pancake breakfast but decided a barbecue would be more convenient for their neighbours.

"It's a little awkward not having anything for the Stampede. Right here is what the Stampede is all about, western heritage, values and hospitality, and meeting your neighbours," says Lisa.

She says when in Calgary they participated in Stampede events. Now in Cochrane, they also enjoy the events here.

The hotdog hoedown doubled as a chance for neighbours to contribute nonperishable items for the Cochrane Activettes. It didn't take long for a wheel barrel full of items to be contributed.

Lisa is an Activette, and so, too, is Karen Kingsmith, who lives across the street. 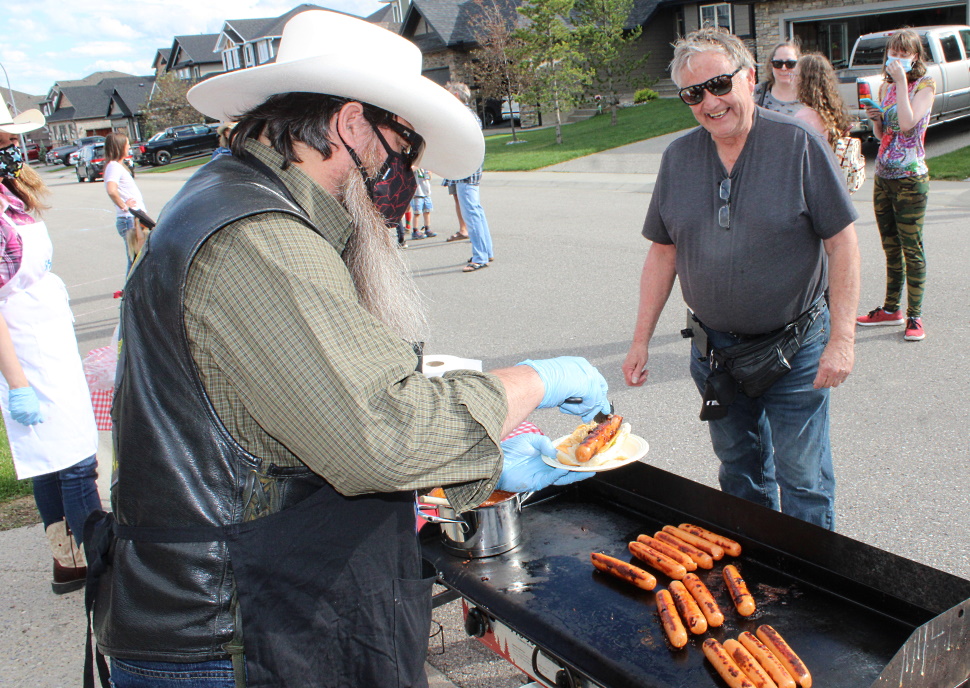 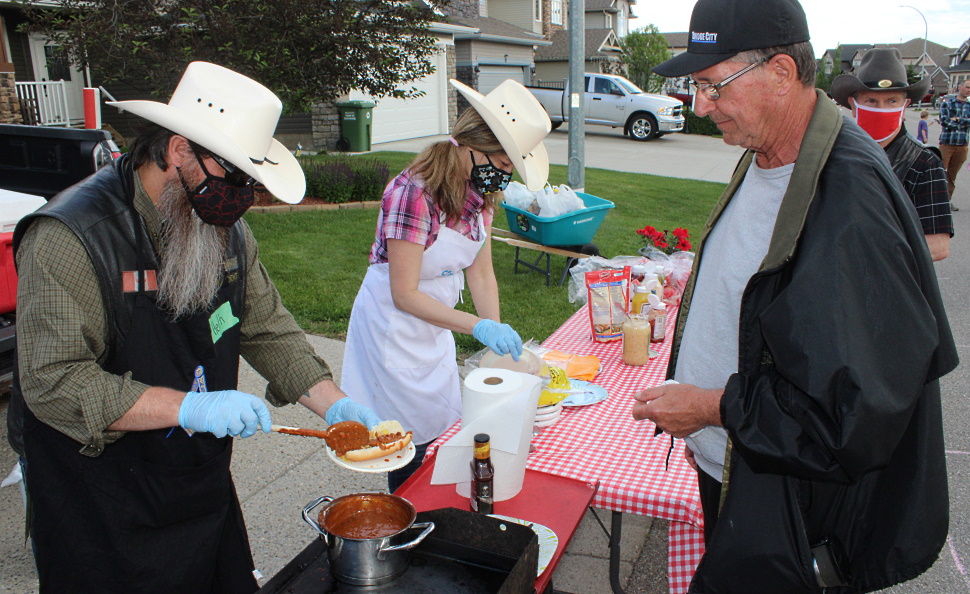 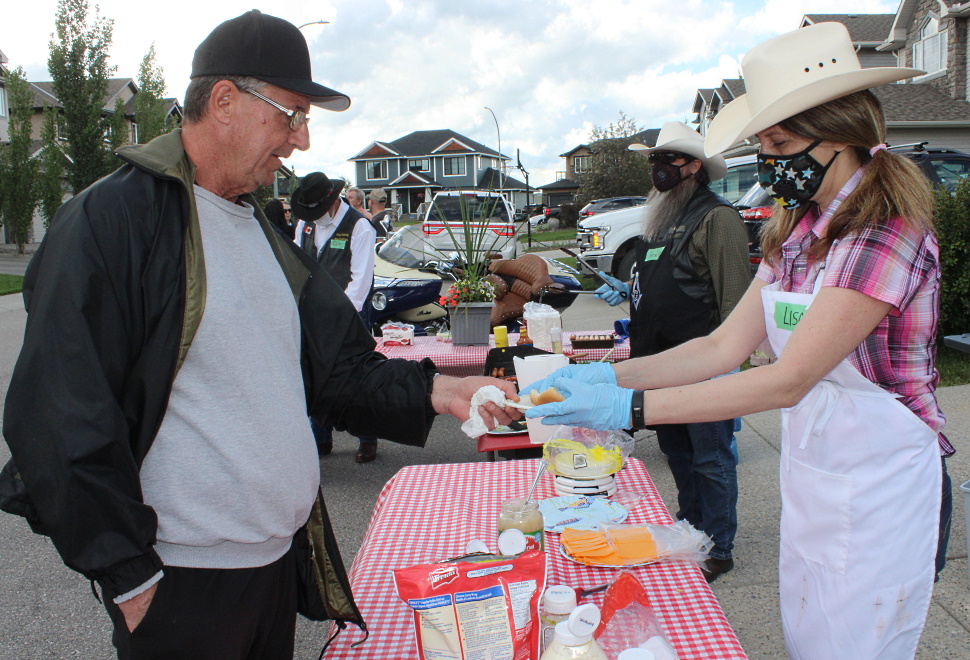