The drive-in movie at the Spray Lake Sawmills Family Sports Centre was a smash hit for both for the Young Professionals Rotary Club and the Cochrane Activettes Food Bank.

... and the movie wasn't too shabby, either.

Motorists patiently waited in line to be directed to their spot, and those with young families likely got to enjoy their first-ever drive-in movie together.

And, what a doozy--the recently released Pixar film "Onward."

Along the way, members of the Cochrane Activettes collected enough food donations to fill a cargo van and truck box. They were joined by Mayor Jeff Genung, who came equipped with a fishing net tough enough to handle the weight of the donations.

Rotary Club president Ryan Baum says they were pleased with just how smoothly it went, considering it was the first major event of the recently chartered service club.

"I'm excited," says Baum. "I think the first event we've put on was a success. The donations were high, and we filled our cargo van and a truck box with food donations. We had some cash donations, we had some GoFundMe donations, so I think all-in-all people enjoyed the show and we're happy to come down to it."

There was an overwhelming response when the drive-in was first announced in a media splash. That lead to Rotarians to issue 200 free advance tickets. Those sold out in just 2 1/2 hours. They also accommodated a few more vehicles in an overflow area.

Baum says this was the right formula for the first event, but they are reviewing data, including some drone footage, to see if any adjustments can be made to allow more vehicles. He points out there may be a further relaxing of rules between now and then by Alberta Health Services. Alberta may be in phase two of its relaunch.

The next drive-in is on Canada Day, July 1, and the title will be announced shortly. You can expect there to be a few special touches, he says. They are co-ordinating with the Cochrane and Area Events Society, who are organizing Cochrane's Canada Day celebration.

While it's meant to lift spirits of residents, the drive-ins are especially important to the food bank. Besides helping keep the shelves stocked, the funds are also being used to help pay for its recent expansion.

GoFundMe donations continue to be accepted and now exceed $2,660. You can make donations here. Donations made in this manner are 100 per cent tax-deductible.

Also, there are sponsorship and partnership opportunities available. That information can be found on this page. 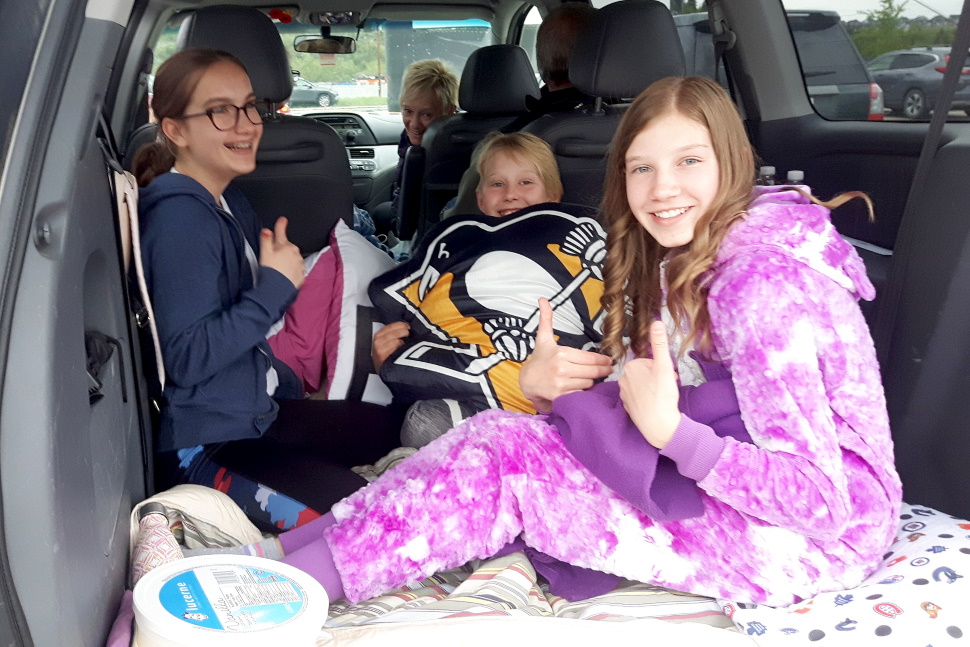 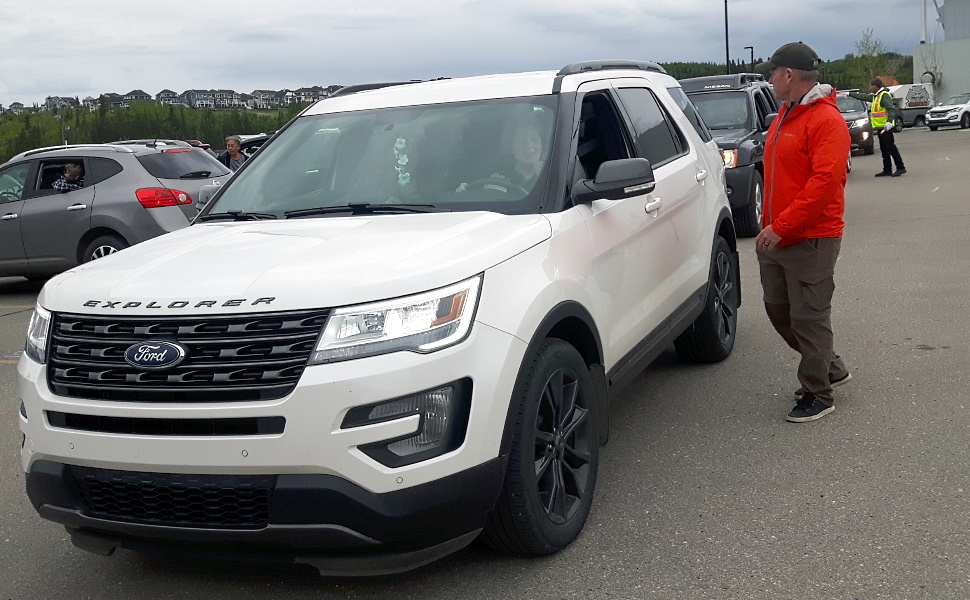 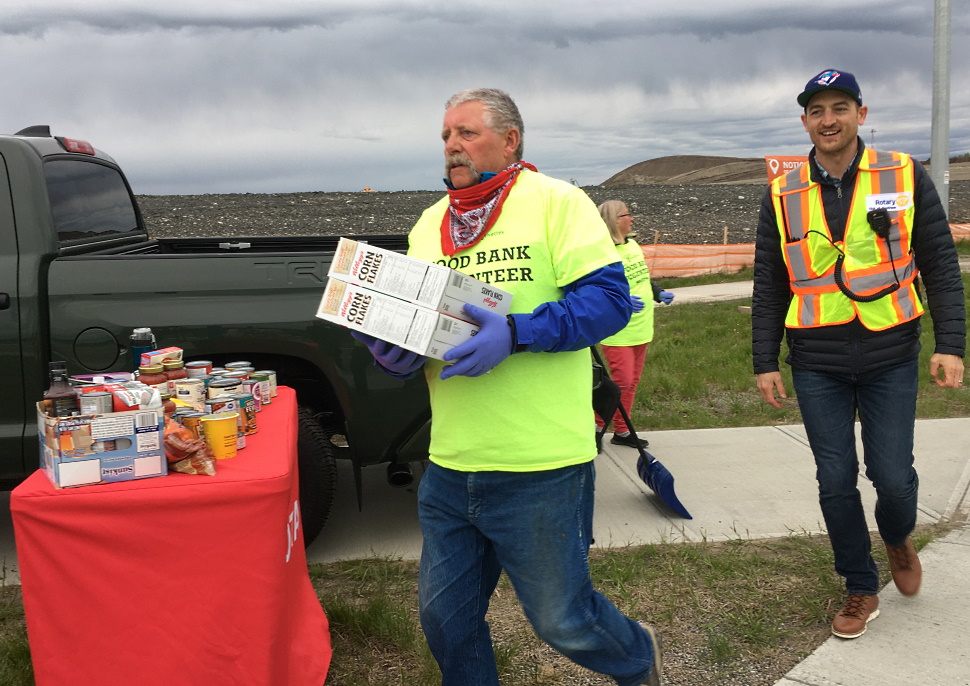 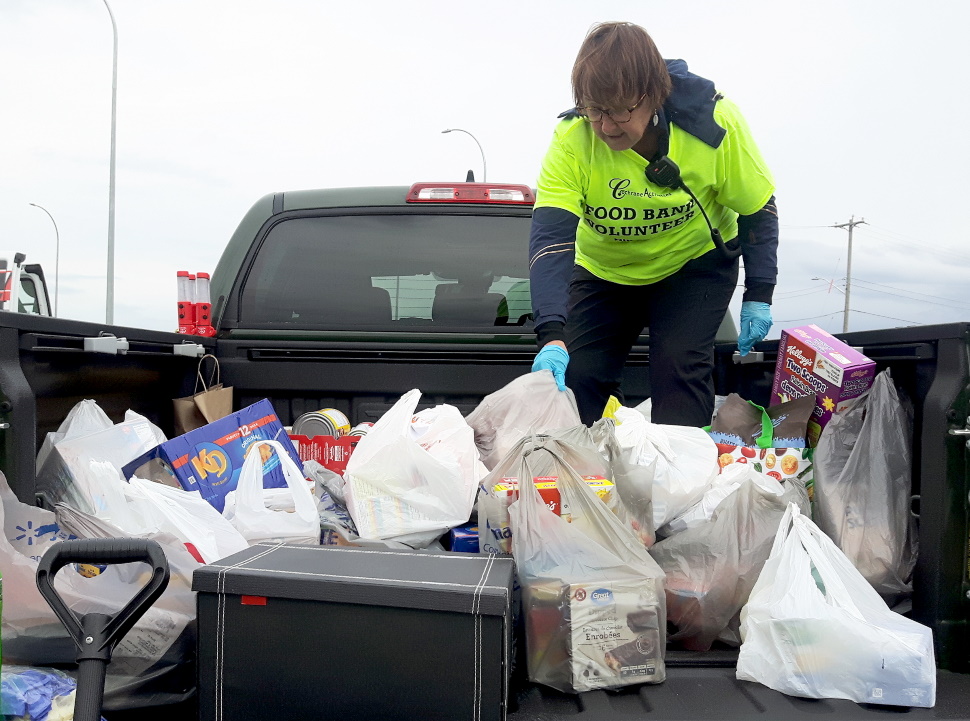 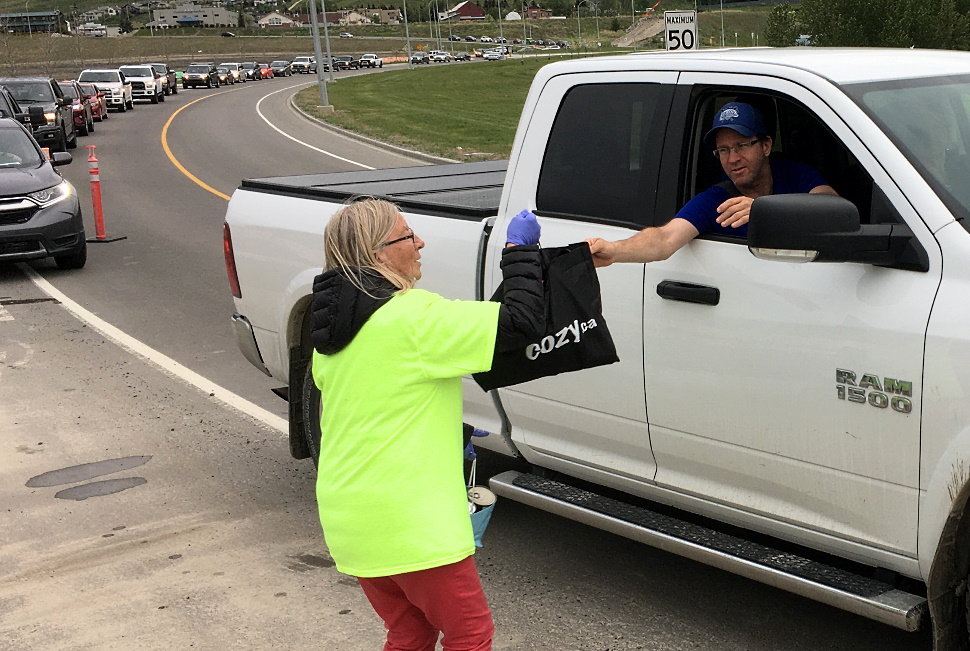 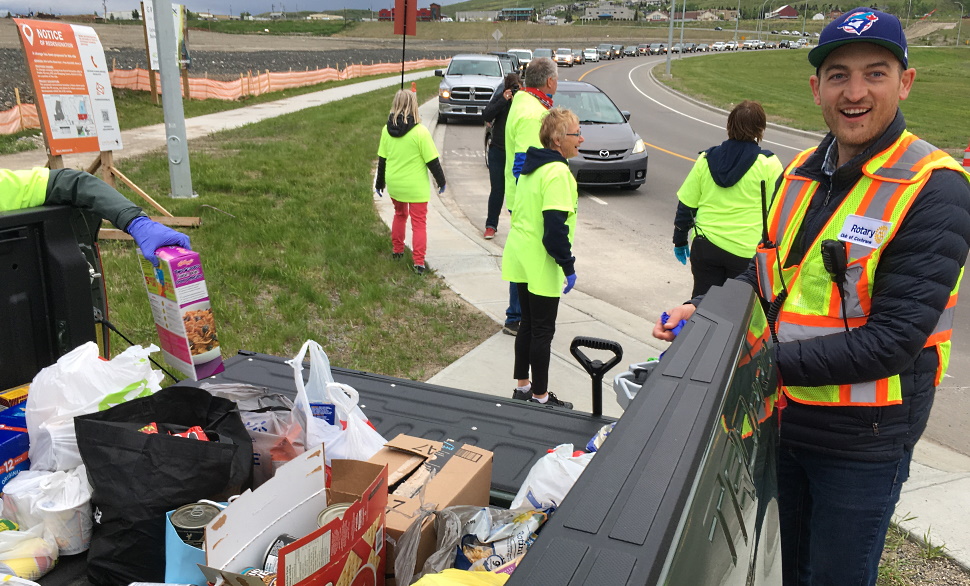