Rocky View County councillor Mark Kamachi is relieved to be able to talk about why he switched his vote on the Springbank Off-Stream Reservoir (SR1).

Kamachi was branded a traitor and turncoat by some after supporting the council's decision to pull its objection of the proposed flood mitigation mega-project.

Kamachi says what the province put on the table holds huge benefits the Bragg Creek area, Springbank, and the whole of the county.

He decided it was better to get something, rather than nothing.

The province has promised the long-desired traffic circle on Hwy. 22 at the entrance to the community will be completed no later than 2025, says Kamachi.

The county also received $9.4 million to complete flood mitigation in the hamlet.

Finally, $10 million is being provided for lost tax revenue that will be earmarked for use in the Springbank area. Kamachi gained support for his motion to use that revenue to enhance facilities in Springbank.

"It was a tough decision because I was going against what I originally stood for. I still am against SR1. I still would support another alternative, ideally McLean Creek."

"I think people are more understanding of why I switched my vote. I had people calling me traitor and turncoat, without knowing the details. It was tough not to say anything to defend that decision."

Just last year, he came face-to-face with the safety and traffic issues surrounding the awkward conjunction on Hwy. 22 as you enter the hamlet.

"Last year, I almost T-boned a car that pulled a U-ie in front of me," says Kamachi. "That was a good reminder to people that it is causing a lot of dangerous situations with people being stupid. Thankfully I didn't t-bone these two young girls in the car."

"The traffic circle has been a huge issue for Bragg Creek. Even prior to my becoming a councillor, it was always an issue for residents, especially on a nice summer weekend."

The project was close to being announced a few years ago but was pulled off the table when the Tsuut'ina Nation complained they had not been consulted. Now the province, RVC, and Tsuut'ina will be involved in discussions.

Flood mitigation now underway in Bragg Creek will cost $9.4 million more than originally projected. If the provincial government did not come up with the funds, RVC would have to look to ratepayers to cover the cost, he says.

In early 2017, formal grant contribution agreements were signed by the provincial and federal government for a total project budget of $32.8 million. 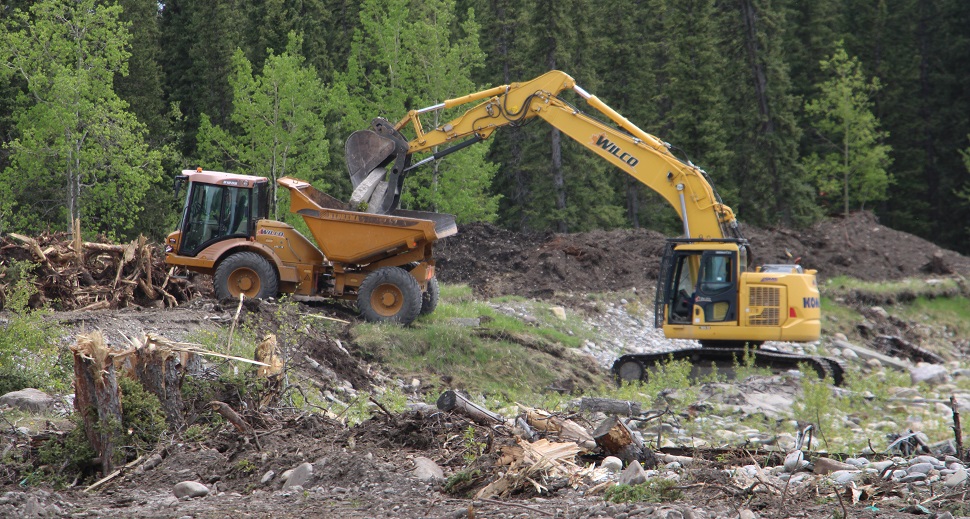