The Tsuut’ina Nation has formally withdrawn its objection to the Springbank Off-Stream Reservoir (SR1) project.

A letter dated Apr. 1 was sent to both Alberta Environment and Parks and the Natural Resources Conservation Board.

"Further, Tsuut'ina will not participate any further in the regulatory review processes in relation to the project," states the letter.

"We have reached an agreement that provides protection and allows us to mitigate impacts from flooding in the future," says McIver in a written statement. "The agreement reached is an example of how our governments can work together.”

The agreement includes additional measures to protect Tsuut'ina land and residents, including berms at Redwood Meadows and Bragg Creek.

Gordon Olsen, media contact for Tsuut'ina, says newly-elected Chief Roy Whitney-Onespot used a fresh set of eyes to examine the most important issues to Tsuut'ina. He says McIver was prepared to listen.

"That really started the dialogue culminate in the Nation withdrawing their formal participation in the regulatory process and allow the agreement to proceed."

"It calls for a number of mitigation projects that will protect the Nation's residents and Nation's properties, which was paramount to Chief Whiney when he undertook these conversations."

The agreement, however, doesn't mean anything has changed, points out Banff-Kananaskis MLA Miranda Rosin, who remains in opposition to SR1.

"While Tsuut'ina has removed their objection to the project, it is still at the same step in the process that it was yesterday, and the day before that, which is not even close to being approved. They have not moved forward on that."

SR1 is currently in the review process with the Impactment Assessment Agency of Canada. In late March, it received a second round of questions from the agency of Canada  Environment and Climate Change.

Rosin believes there are better options available to ensure flood protection for all her constituents, such as a project at McLean Creek. She believes beyond a shadow of a doubt that her reaction will be shared by the majority of residents of Springbank, Redwood Meadows, and Bragg Creek.

Rosin, though, respects the decision made by Tsuut'ina.

"While I do not approve of the SR1 project, I do wholeheartedly accept Tsuut'ina's stance on the SR1 issue. They are their own independent government and it's not my place to criticize the decisions their government makes."

Rocky View County and Don't Damn Springbank are among those who remain on record as being opposed at this point.

"The latest in a series of hidden backroom deals on this project," the post states. "Such misguided use of money to push down this path at the worst time in our economic history. A project that serves only Stantec and a few elite Calgary homeowners. Corrupt from the get-go."

Alberta Transportation says future consultation is planned with both community stakeholders and Indigenous groups to address outstanding questions from regulators. 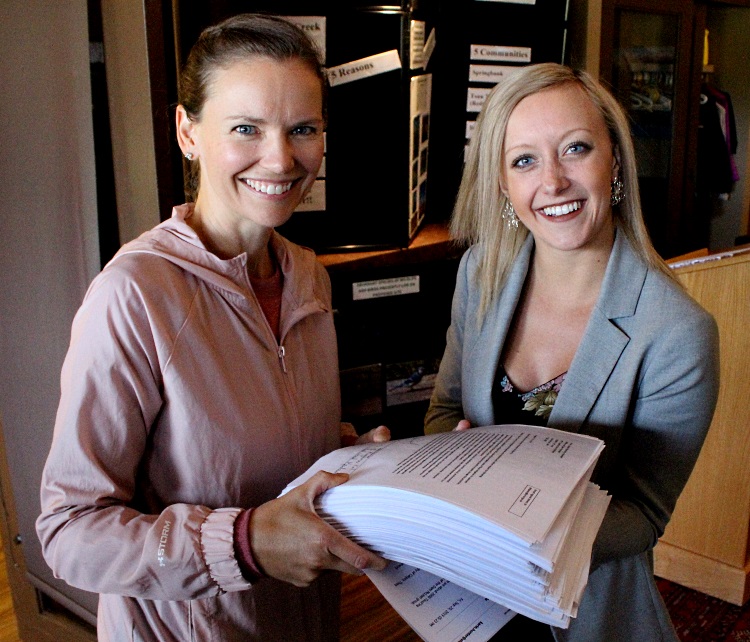 A special birthday surprise from across the border

Just two weekends left to visit Market by the Bow