Hot off of three gold medals and one silver, Cobra teams are competing in the ASAA south-central zone volleyball championships that are now underway.

Cochrane High is hosting the senior girls championship with games being played at both their school and Bow Valley High. The senior and junior boys teams are in Strathmore and the junior girls at in the High River.

Esther Sieben, senior girls tournament organizer, and Cobras head coach, says the public is invited to enjoy the action. Admission is a donation to the food bank. Play continues into Saturday and wraps up with the gold medal game at 5:30 p.m. on Saturday, Nov. 19.

The two are expected to be once again close contenders. Sieben says there's plenty of stuff competition in the zone. Both Springbank and Cochrane High, though, have had great success. Both advanced to provincials last year, where the Cobras won silver and the Pheonix placed fifth. Because of that, the south-central zone has received a wild card into the provincials and will be sending two teams.

In 2019, the Phoenix won the divisional banner and the 3A provincial championship.

The Cobras lost to St. Peter the Apostle in the rubber match of the gold medal final, 17-15.

"It was heartbreaking, but six girls on this year's team went through that," says Sieben, "I think that kind of a game, in that kind of competitive arena and in that kind of a tournament, they remember, and they know how a hard work ethic will get them into that position again."

Those six will be called upon to provide leadership to a bench of 14 players. That's two more players than Sieben typically carries, but the talent pool is immense.

"We have a lot of talent and all very similar girls. They all come from the club volleyball system, they're aggressive, they want to be on the court and they play hard. So we've got another good team dynamic here and it's going to take everyone to win."

"Everybody has a role and those roles become ever more important to getting closer to advancing to the possibility of a 3A provincial championship. I've got another smart group of girls that know what kind of goals they want from their season, It's right there in front of them now. They just have to perform."

Coach Dan Hasiuk says the team is coming into the zones with two injured left-side starters; one with a back injury, the other with an injured knee. He says they adjusted their lineup for the divisional.

"It created a bit of a hodgepodge, it worked, we won divisional with that lineup, but Strathmore was not at divisional, and Strathmore seems to be the team to beat in zones right now."

He also expects stiff competition from George McDougall Mustangs and the Springbank Phoenix.

Having only one starter returning from last season, setter Noah Visvanathan, hasn't held back the team. Haskin has previously coached many of the players since they played at a younger age group.

He says their goal-setting is considered nerdy by some. It's a robust statistics system that helps them strive to produce a well-balanced team.

"A one-dimensional team can win a game, but it's not going to win a championship," he says.

The junior girls didn't win zone last year and that's left their team captains wanting the banner that much more.

"We're incredibly excited to face off in zones because last year we didn't win," says Madison Abougoush. "So this year, we're planning on winning."

"We've lost sets from different teams and we plan on not losing anymore," says Emmy Sarich.

The team isn't afraid of competition, they say, bring it on.

"At zones they'll be harder teams to play so the more competition, the more fun playing, and the more excitement," says Payton Schafer.

Coach Karen Hasiuk says the semifinal was the closest competition they ran into in the divisional finals and at one point were 10 points away from advancing. They were behind 2-1 against the Phoenix heading into the fourth set and won the next two 25-16 and 15-5 to advance to the final against the Mustangs.

Haskin says everybody is healthy, well-rest, and well-trained.

She's expecting stiff competition once again from both the Mustangs and Phoenix in zones. They spent this week training to make sure they had their full game ready to go.

The Cobras junior boys won the first two games against the Mustangs in the final. The Mustangs tied it up to force a fifth game, which they won 15-13.

The Airdrie team is the only one to win matches against the Cobras in the Rocky View season, and you can expect another close matchup in zones. 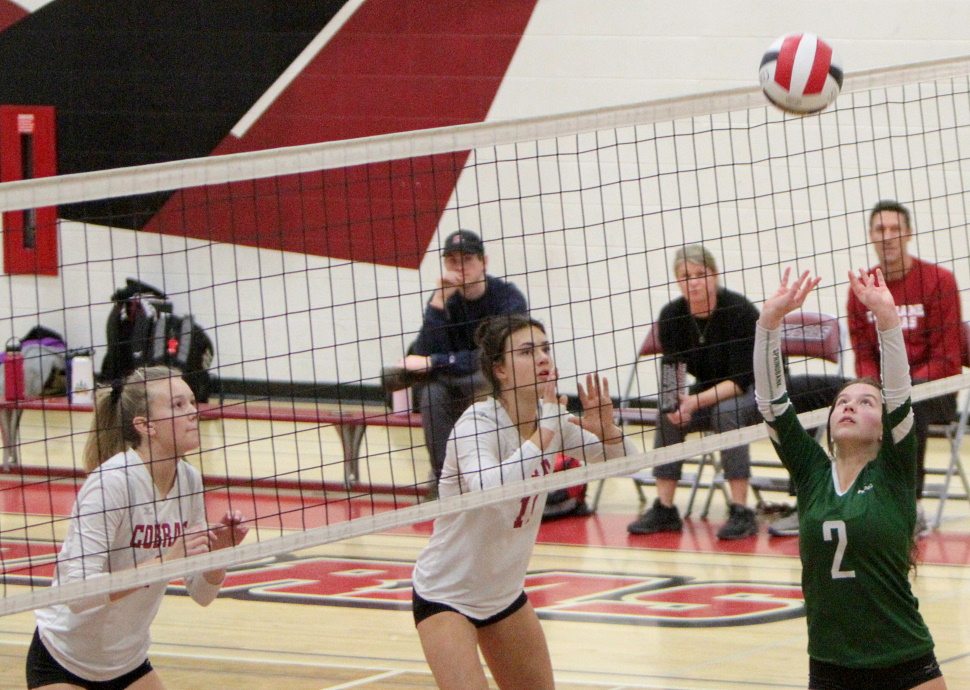 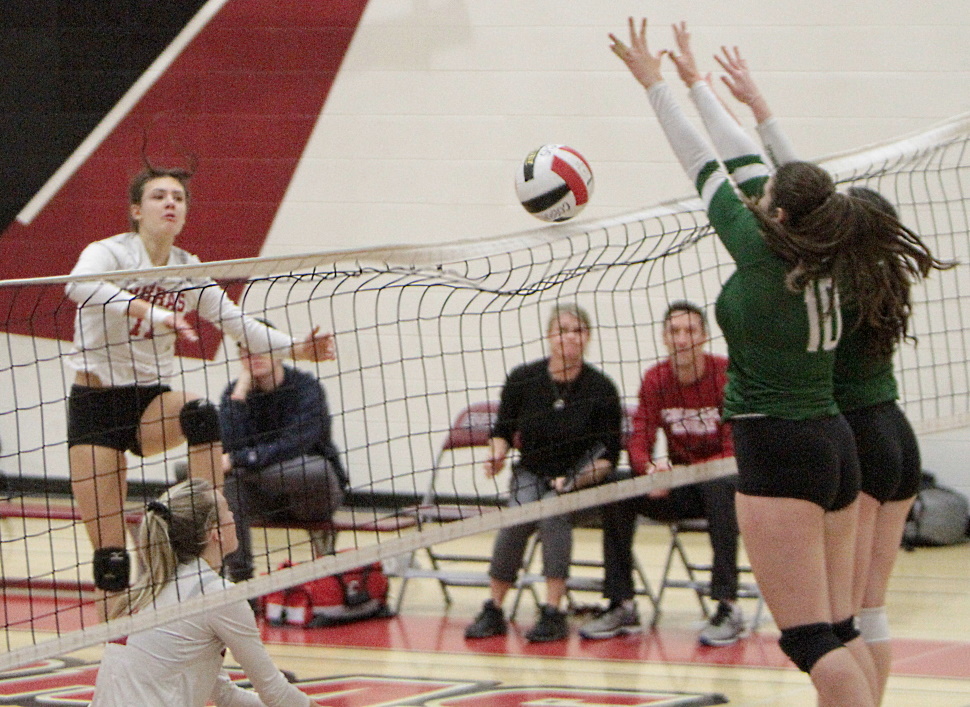 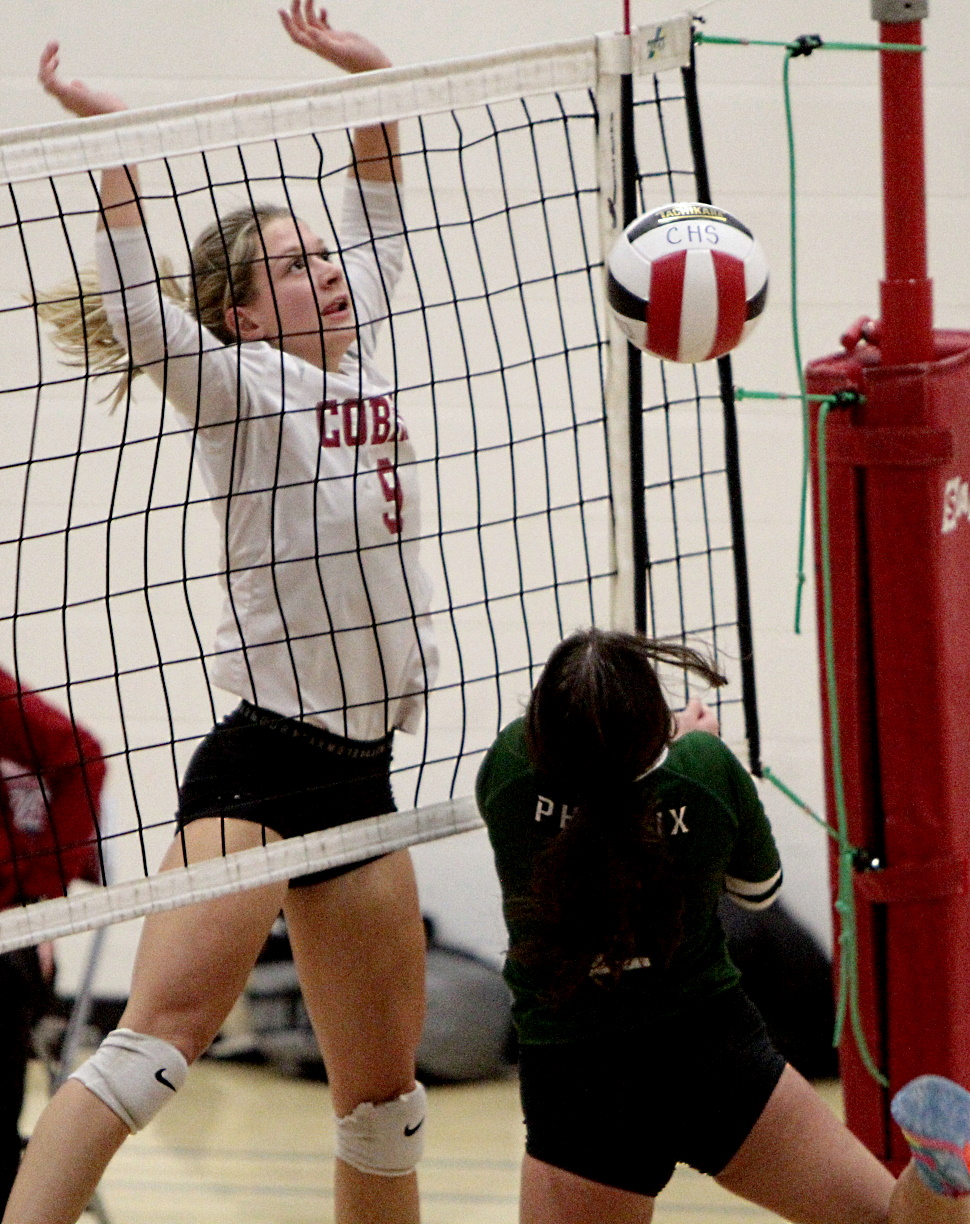 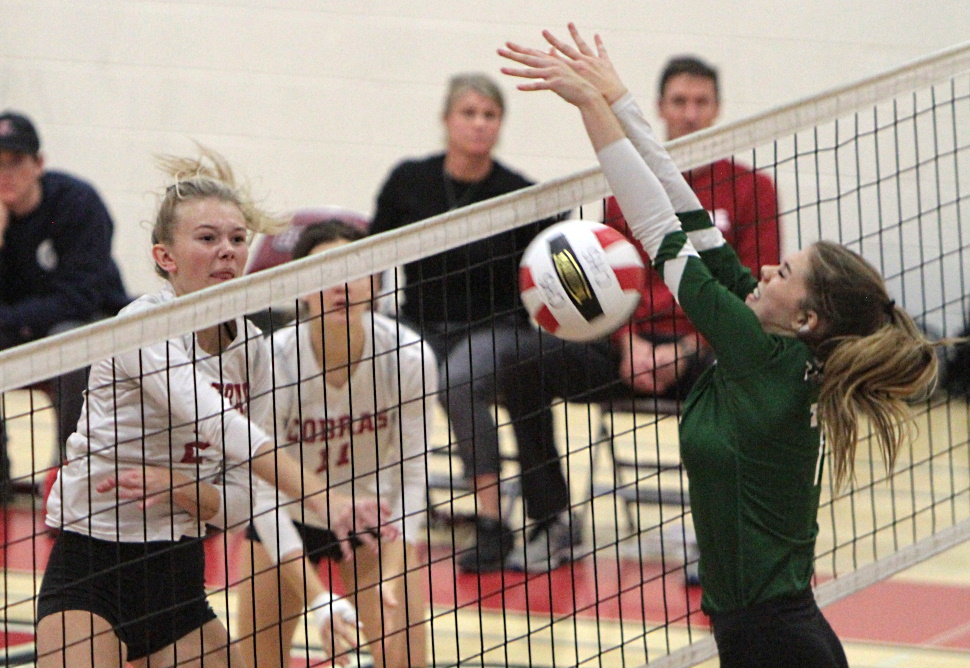 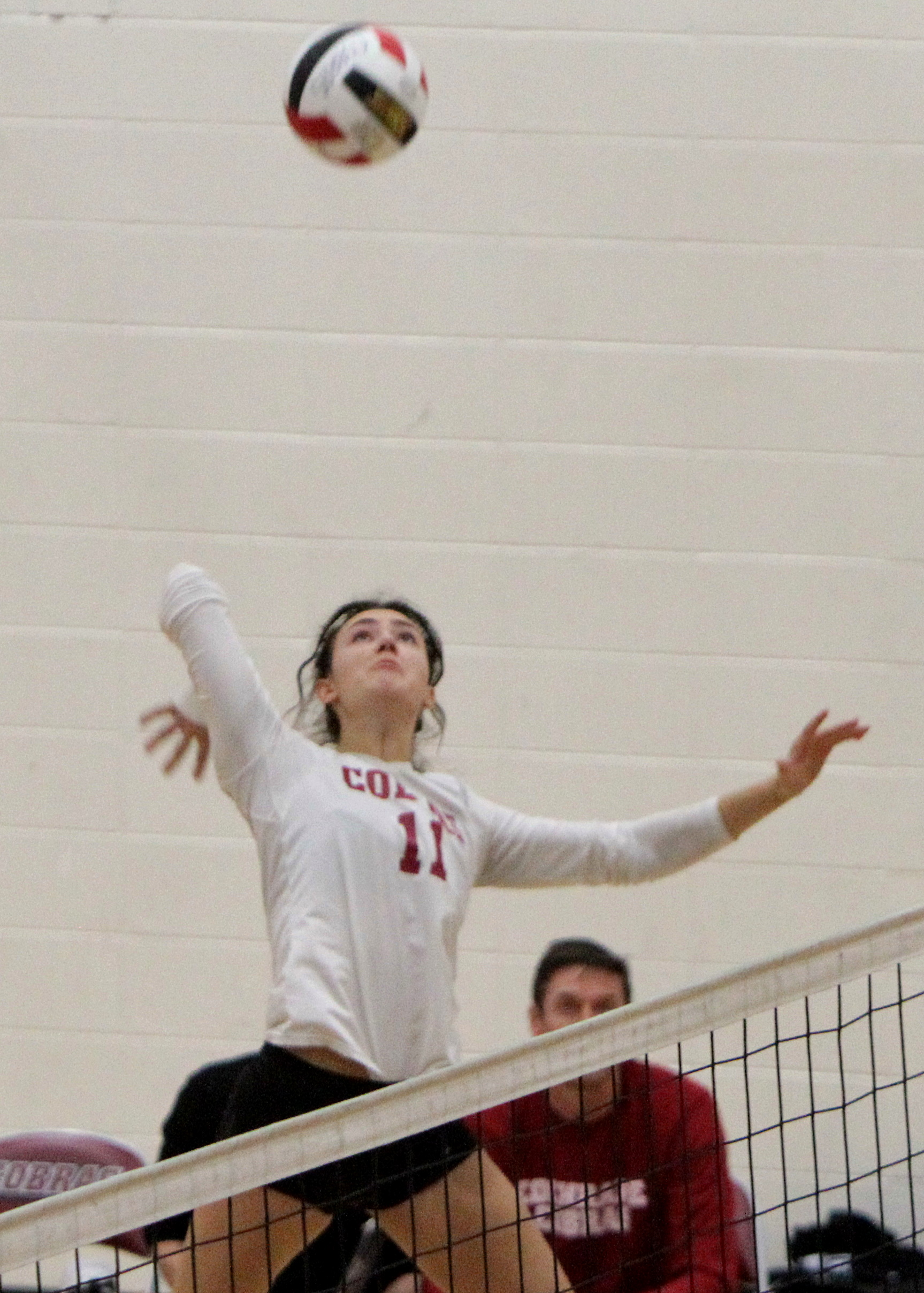 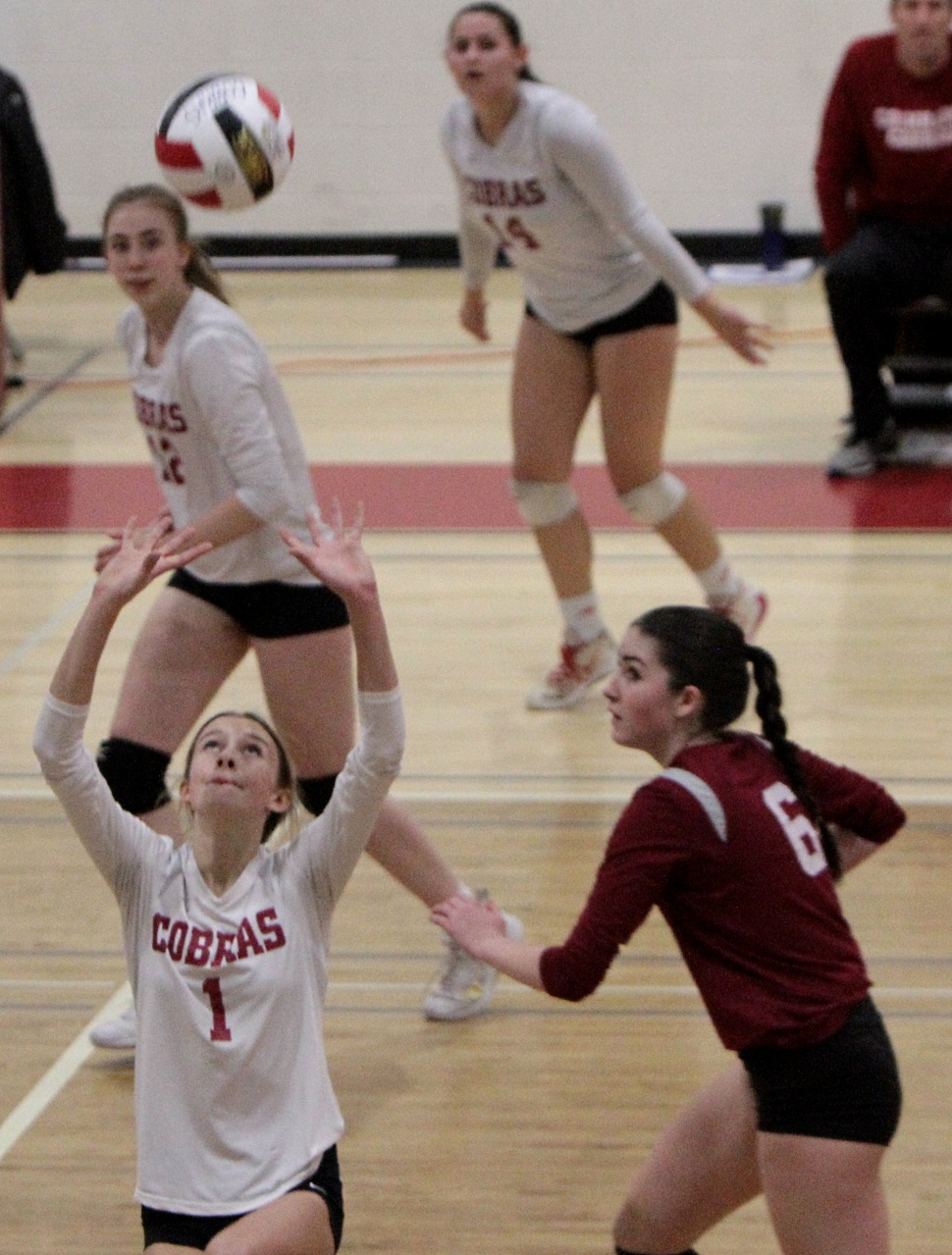 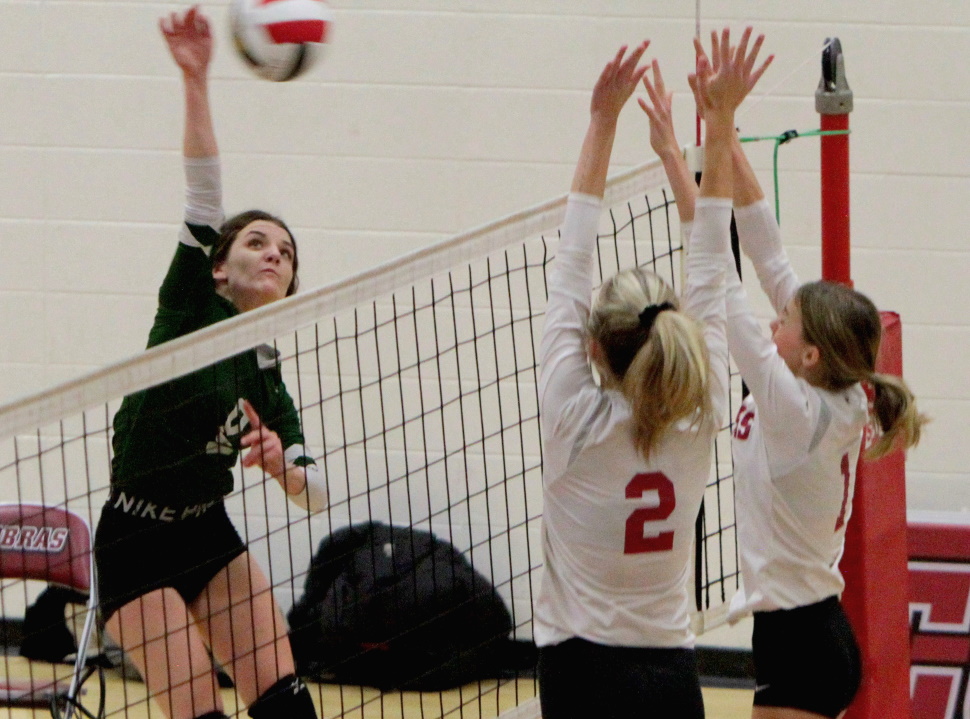