Cochrane's three junior hockey teams were all on home ice last night, with only the Cochrane Generals Jr. B team coming away with a win.

The Gens were ahead 6-0 before the Rams found the scoreboard with 2:10 remaining in the second. The Rams scored two more in the third to end the game, 6-3.

Scoring was spread across the Gens lines with Tristan Ripplinger scoring a pair and singles going to Zac Fulton, Dagan Kadlec, Connor Stephenson, and Riley Hopper. Logan Paquette had four assists on the night.

It was a rare loss for the Cochrane Chaos of the Alberta Junior Female Hockey League. The Chaos were out-hustled by the Calgary Jags, losing 3-0.

The Chaos pulled their goalie and launched a six-man attack for most of the last four minutes of play, but couldn't solve Jags goalie Stephanie Gross, who turned away 32 shots in her fourth shutout of the season.

The Chaos are in Stavely on Sunday, Nov. 20 for their first game against the newly-formed Chinook Blazers.

The Jr. C. Generals laced up against the Southside Thunder, losing 5-2. The brand new Gens team has been climbing in the standings of the 10-team league after a recent pair of ties and their first win.

They're on the road today against the Springbank Rockies and return home next Friday, Nov. 25 to Totem 3 to take on the Wolverines, who currently are on top of the standings. 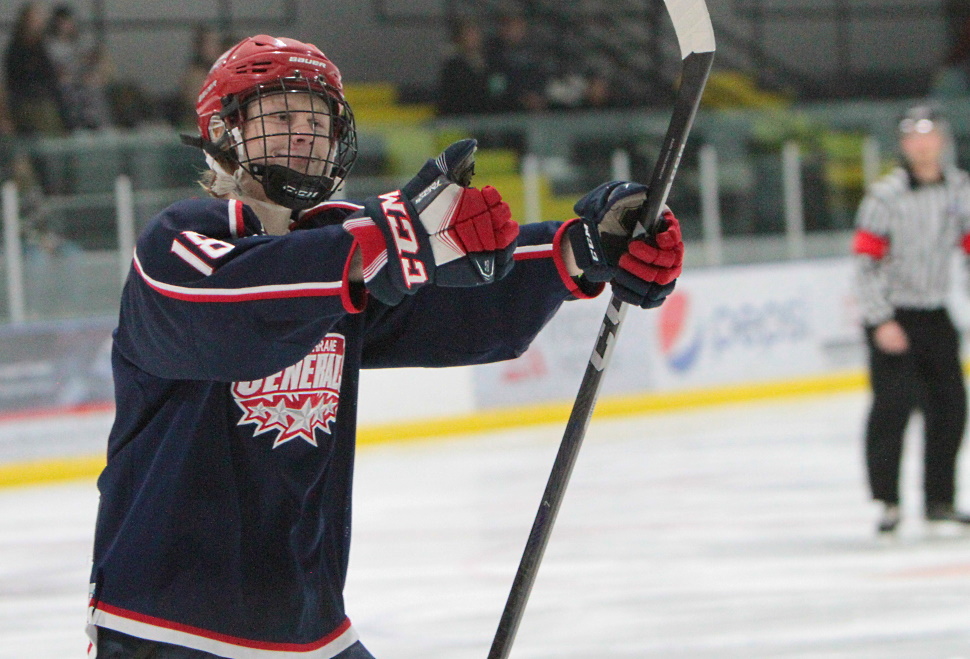 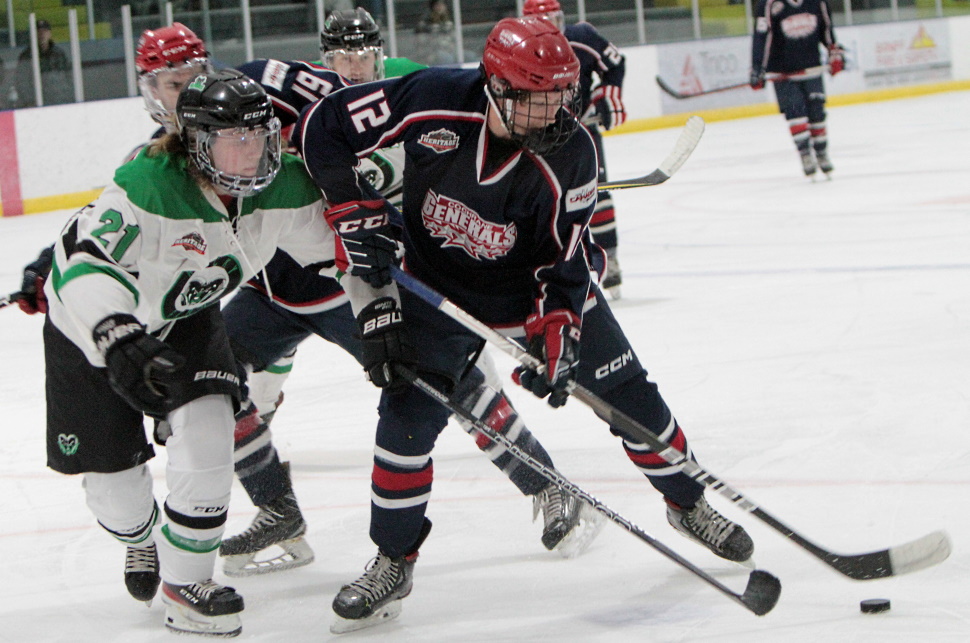 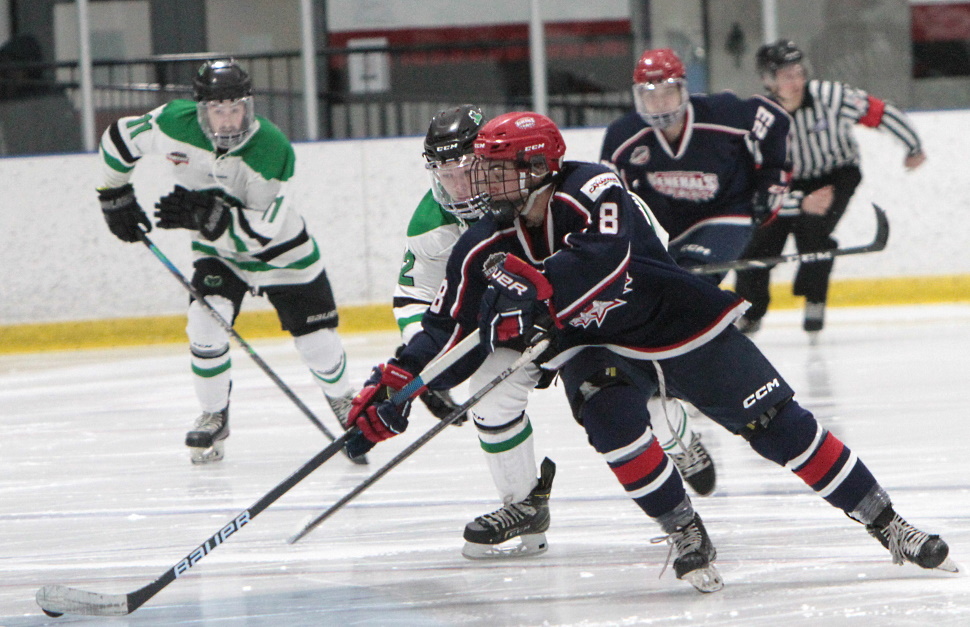 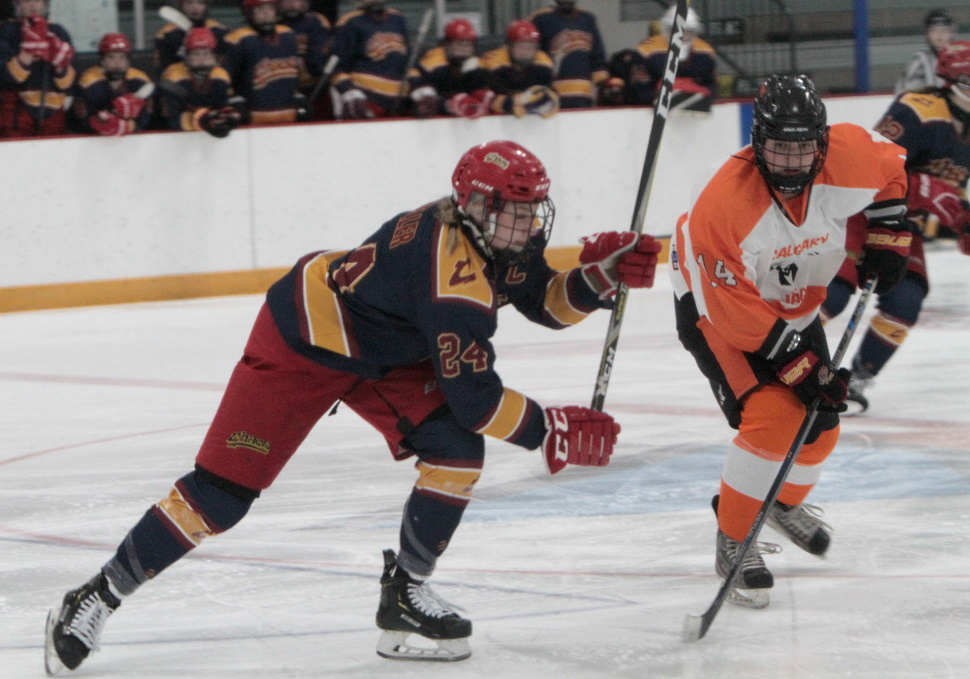 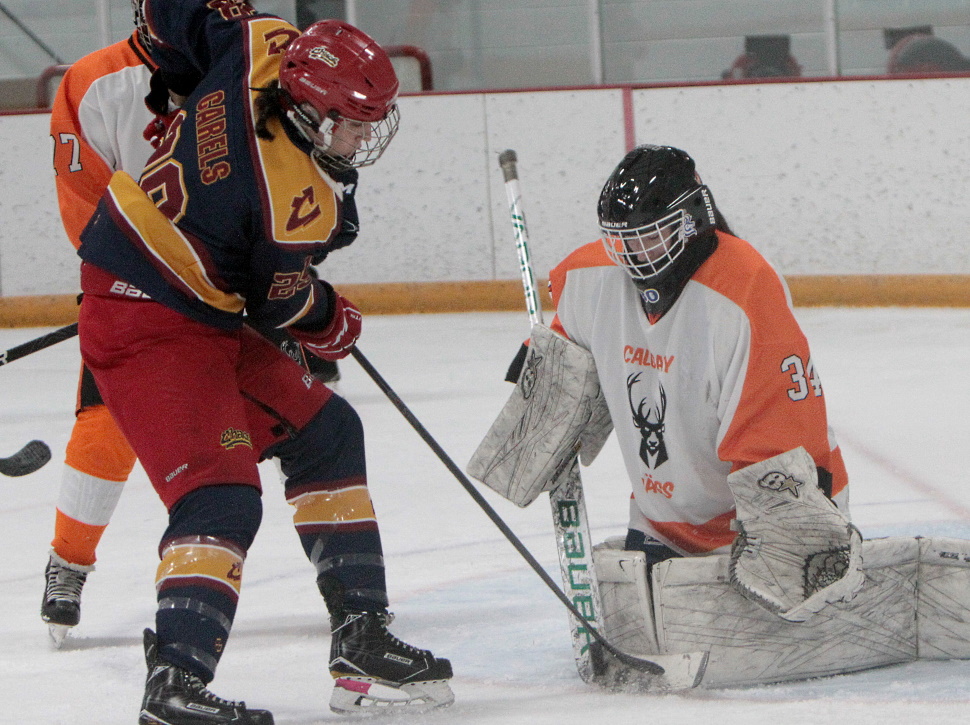 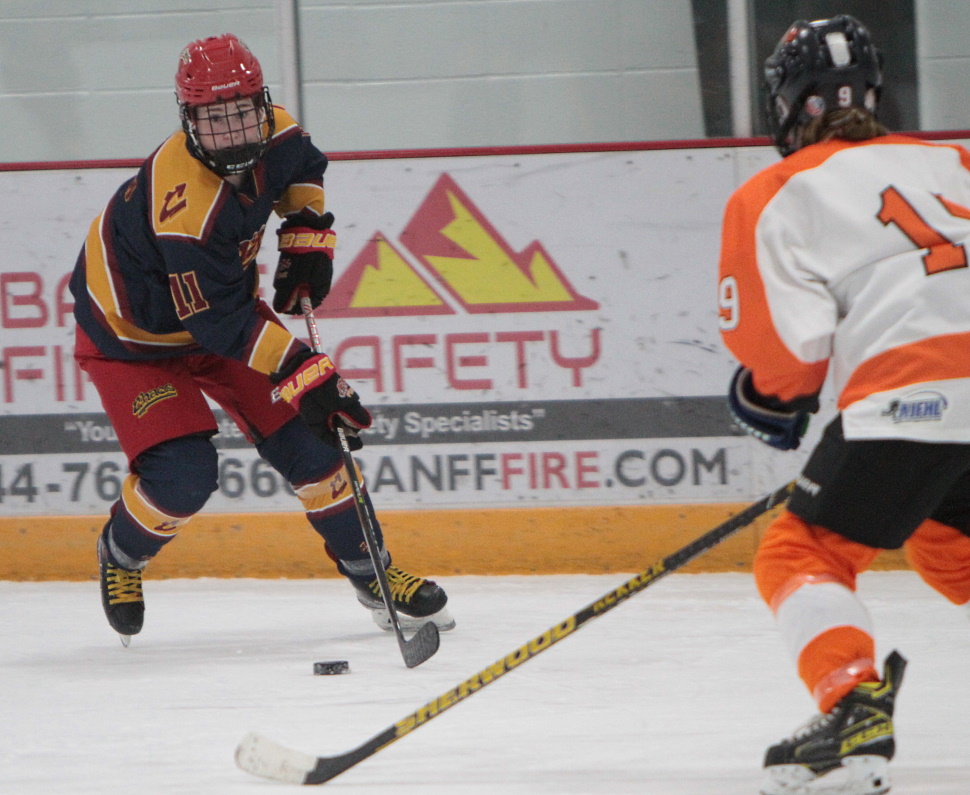 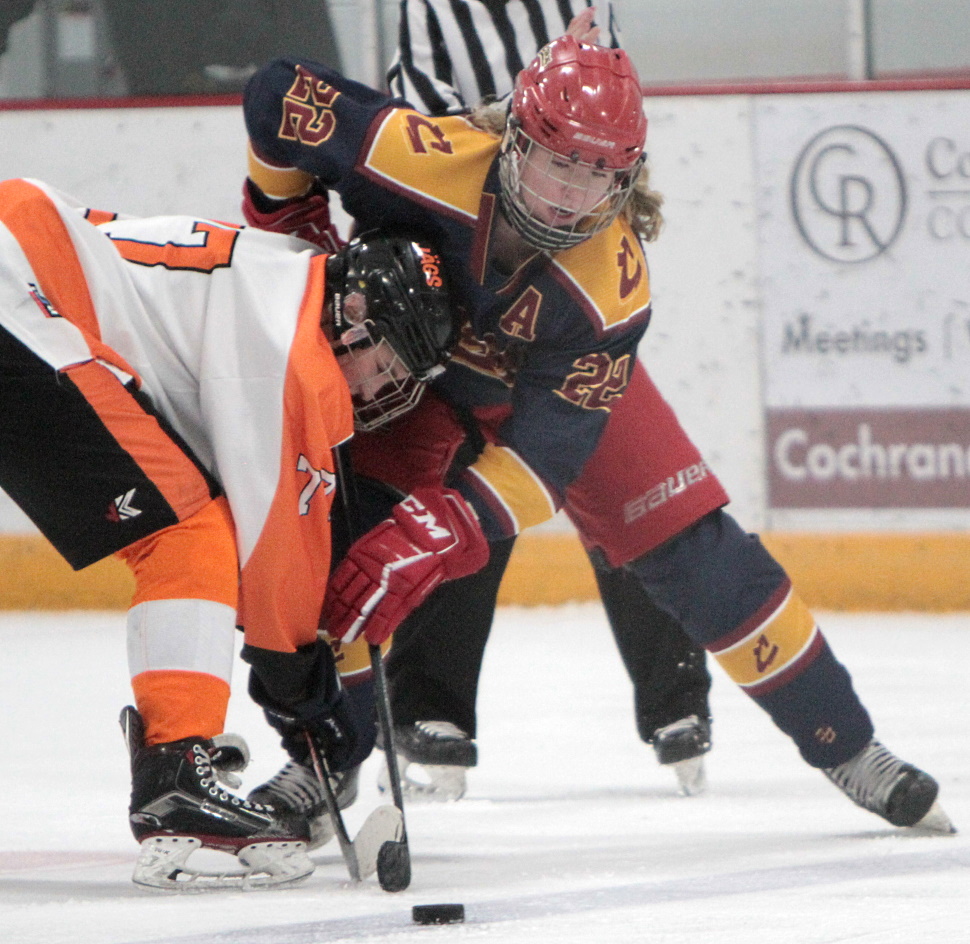 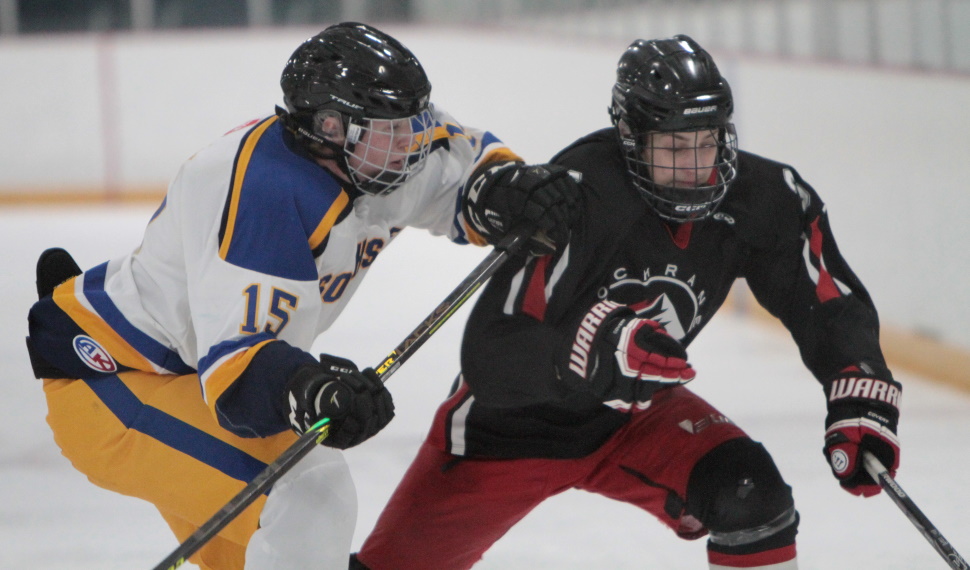 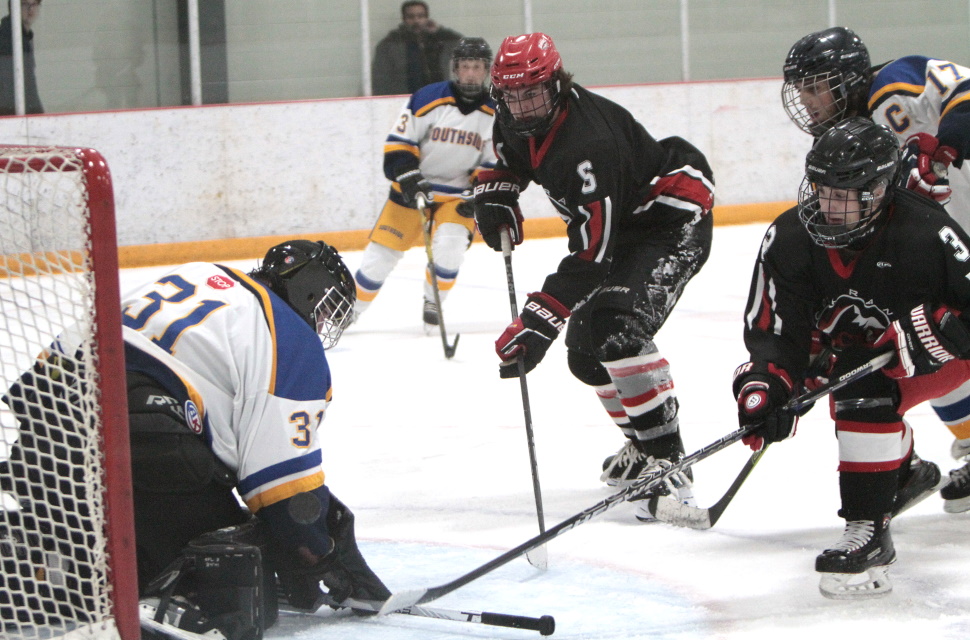 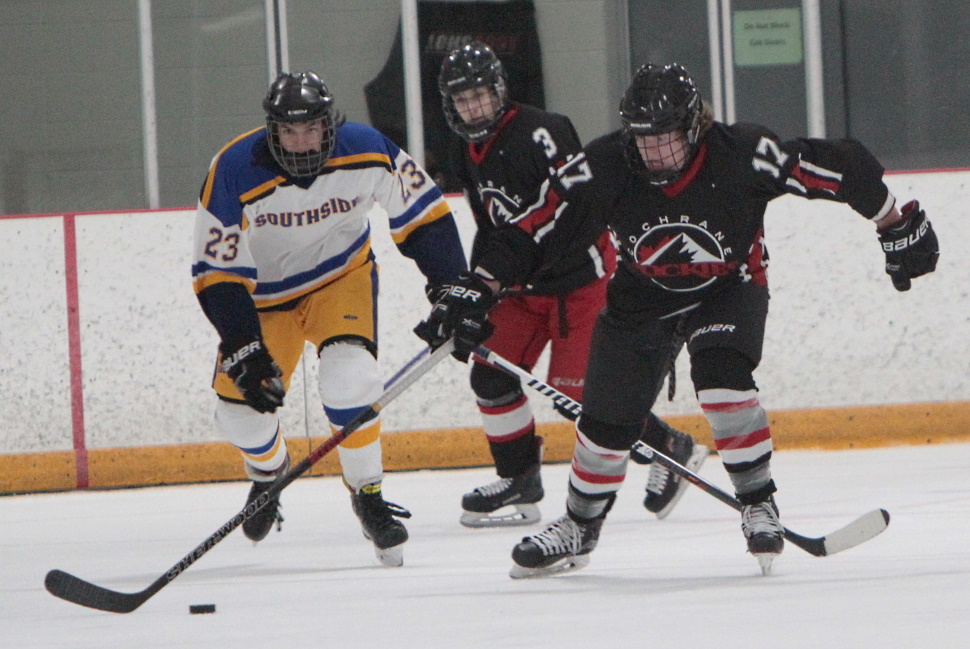 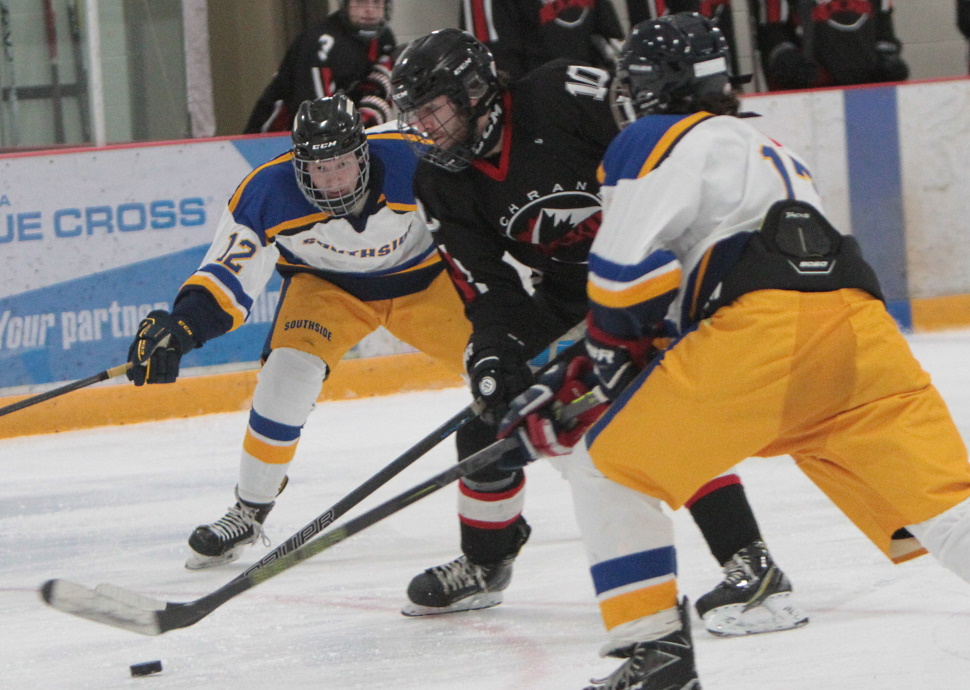