The Cochrane Generals claimed five of six possible points over the weekend and have officially secured a berth in the HJHL playoffs.

But what they truly wanted was that third win against the Medicine Hat Cubs, whose 5-4 win in overtime brings them one point closer to the Gens in the HJHL south standings.

The Gens held a 2-0 lead until midway through the second, when the Cubs turned on the jets to tie it up with two goals in 28 seconds. They made it 3-2 before the period's end. Two powerplay goals by the Gens in the third were enough to tie it, but not win. At 3:03 of overtime, Kyle Woolridge scored the winner for the Cubs.

In their five meetings, the Cubs have three wins and the Gens have two wins and an overtime loss.

Eight games remain in the regular season and the Cubs are three points behind the Gens with three games in hand. The top two teams in each division get a valuable bye from the first round of playoffs. The Okotoks Bisons have claimed the other one as the top team in the league.

Playing figuratively into where the Gens will finish the regular season is their three upcoming games against the Bisons. Only two teams have beaten Okotoks Bisons this season. The Gens are one; the Cubs are the other.

Cubs head coach Randy Wong says they knew right from the start of the season that it would be a tight race between the Gens and Cubs.

"Cochrane and Medicine Hat are two teams that were built the same way, and it could go either way in any game," says Wong. "There aren't many mistakes made, so you capitalize on what you can."

"We lead the series three-two, but it took us overtime in the fifth game, so it sets up an interesting playoff."

Wong says neither team was in peak form after a two-week break.

"We wanted the two points and you battle hard for them, but you can see the rust on both teams. So you encourage the players as much as you can, slowly get back into the grind again, and work to return to peak level."

The Gens went on to beat the High River Flyers, 8-1, on Saturday, and Three Hill Thrashers, 9-1, in the other two home games in a rare three-game homestand. That was their last game of the season against the Thrashers, and they have two more against the Flyers.

It was a seven-point weekend for both Forde and Tristan Ripplinger, the HJHL's top two scorers. With four points, rookie linemate Logan Paquette is tied for third in the league.

The Gens have another homestand this weekend. You can expect a fast-paced, close-checking game against the Bisons on Saturday night and the High River Flyers return for the Sunday matinee. 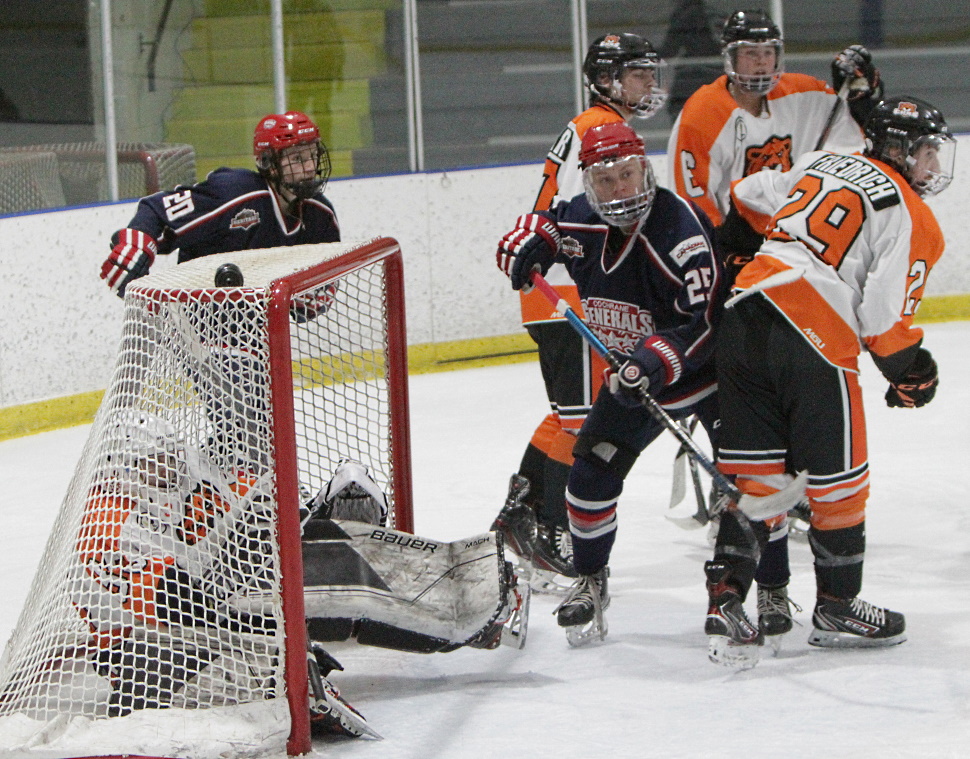 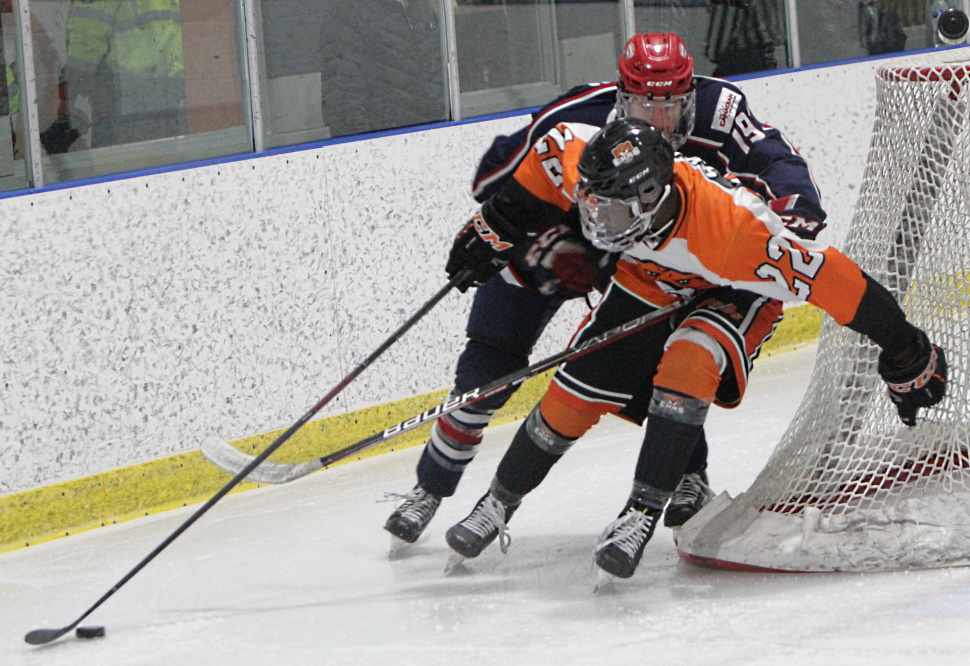 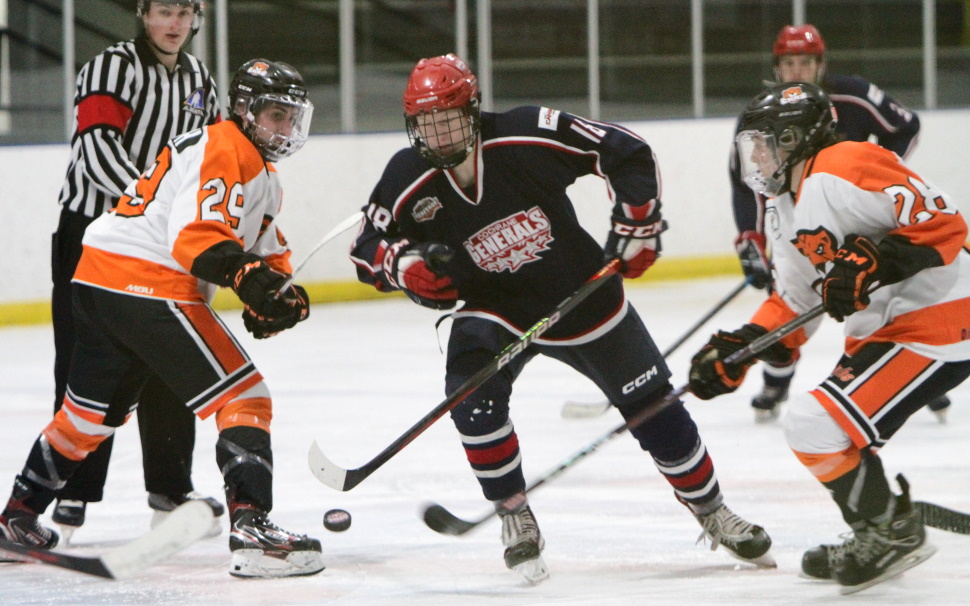 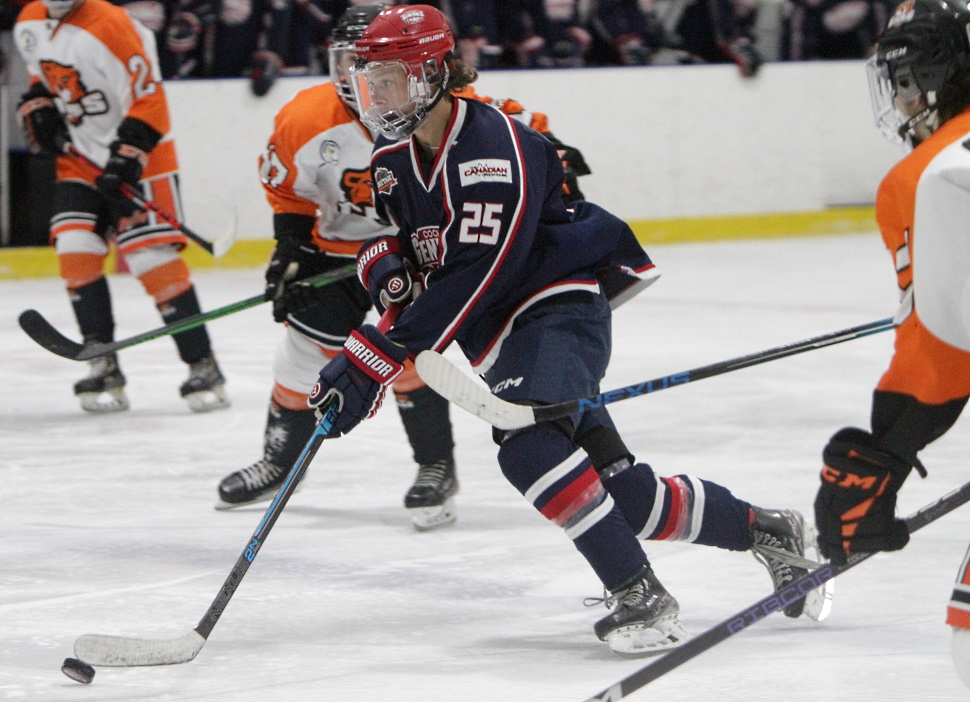