The Cochrane Generals overpowered the Lomond Lakers with two wins on the opening weekend of play in the Heritage Junior Hockey League.

The Gens kicked off the season with a 5-2 win at the Vulcan Arena on Oct. 30 before returning to the Cochrane Arena yesterday (Nov. 1) to march to a 7-2 victory.

The Gens scored three unanswered goals in their first period of play of the season before the Lakers netted their first at the nine-minute mark of the second.  They notched their only other goal shorthanded with seven minutes remaining in the third.

Two minutes into Sunday's game, Patrick Forde put the Gens on the board. Zack Stewart made it 2-0 before the Lakers got on the scoreboard. It was the closest they got to the Gens. Shots on goal were a lopsided 54-21 for the Gens.

Gens head coach Kurtis Jones is happy with the wins but believes there's plenty of fine-tuning ahead for the club, calling the team's 5-on-5 play average at this point.

He says the Lakers have plenty of heart.

"That team plays hard," says Jones.  "In the six periods of play, I thought they outplayed us in four of them."

"The five-on-five game is where we've got to work. We know we can score, but five-on-five we weren't really good. But it was only Game Two, and it's going to come."

He says the defense was above average but it wasn't the style of game they prefer to play.

"They like to move the puck and skate with the puck more often but they have to get used to playing teams like this who come hard and finish every check."

Patrick Forde, Dean Oleynk, and Carter Cugnet all had four points on the weekend, several rookies had their first points, and veterans did the rest.

The Gens are back in Vulcan for game three in their series against the Lakers on Saturday.

They return to the Cochrane arena next Sunday, Nov. 8, to wrap up the opening series. 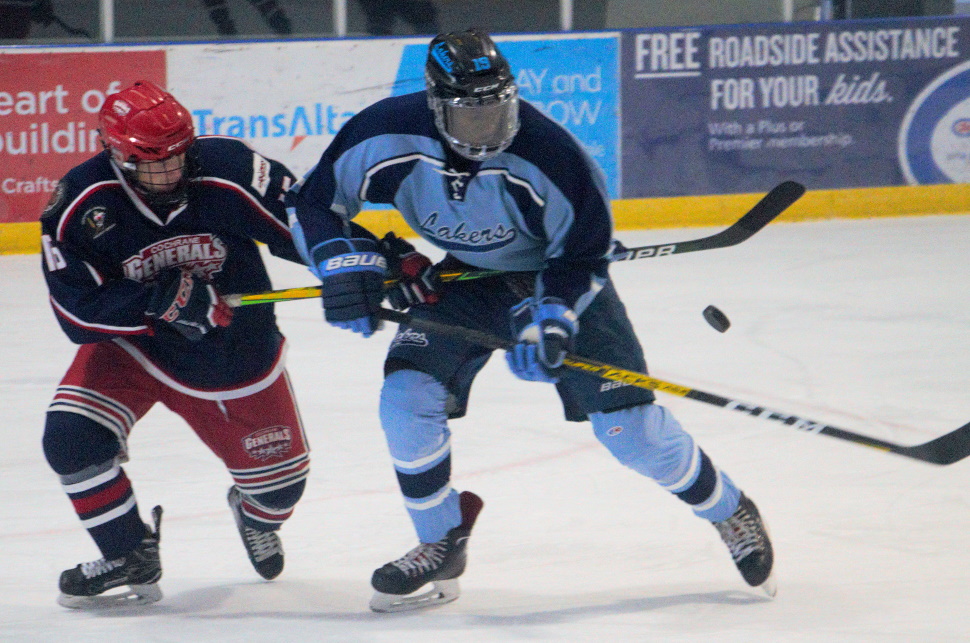 Rookie Riley Hopper brings the puck into the Lakers end. He played his first game on Sunday. 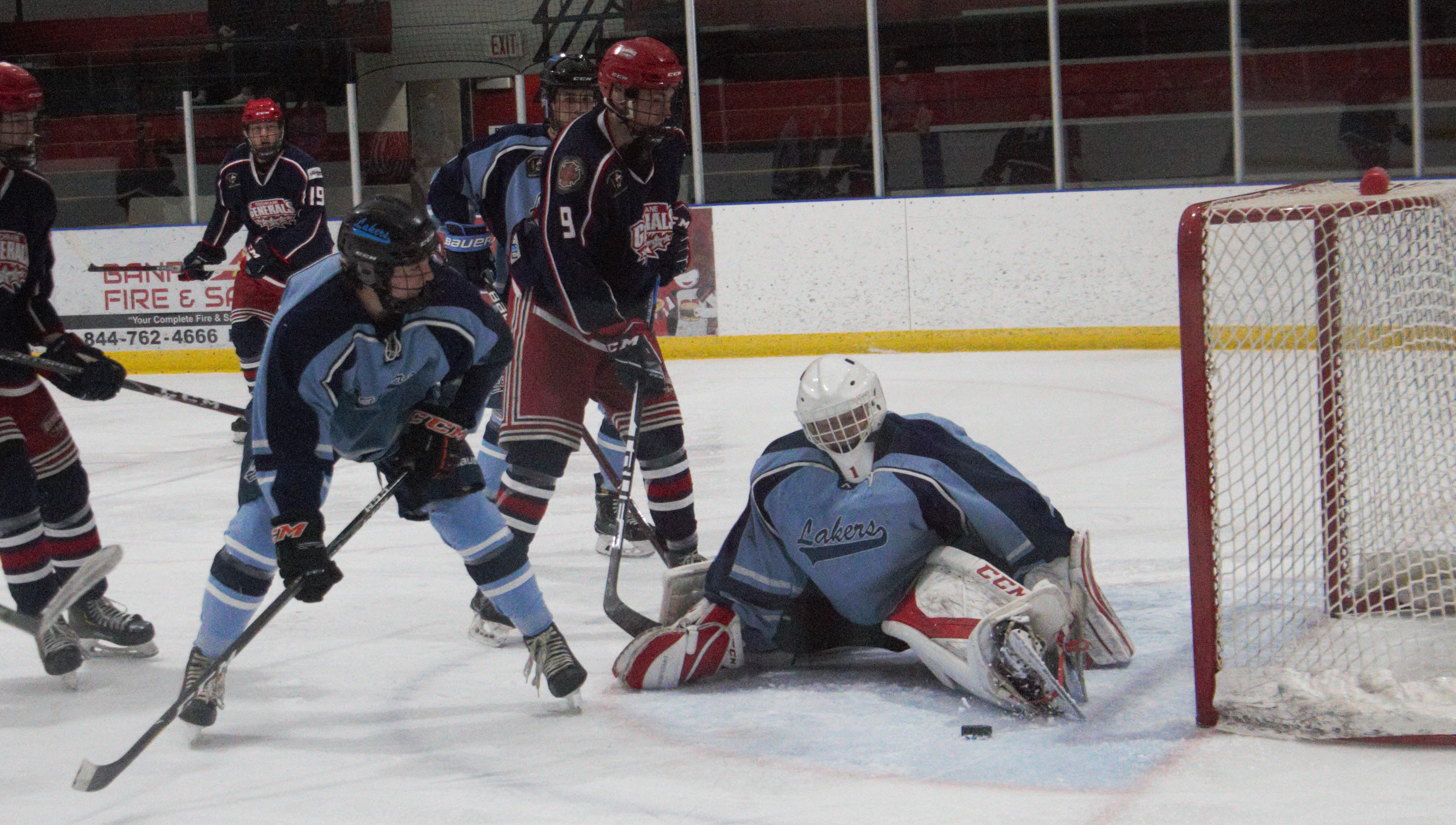 The Lakers may have lost 7-2 on Sunday, but their goaltenders faced 54 shots. Here Lakers goalie Geoff Drought makes an incredible save on a puck headed for the corner. 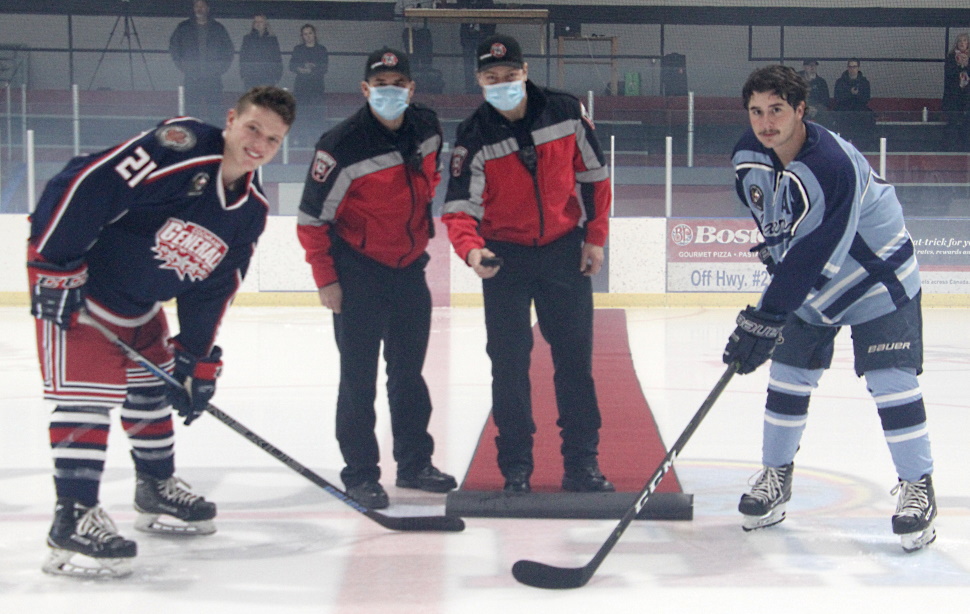 Patrick Forde took the ceremonial puck dropped by two members of the Cochrane Fire Service and the Lakers captain . Forde had a four-point weekend. Gens captain Zach Cugnet is currently out with an injury.
Previous Next

When are you putting up your Christmas decorations?

Brooklyn is CochraneNow’s Kid Of The Week

Heartland surprised with Pizza It Forward