The first game since the 2019 season was a lopsided 9-0 win for the Cobras.

Coaches and players of both teams were visibly pleased with the return to play after missing the 2020 season. The Cobras have been preparing since the second day of school, and the Bobcats have two tryouts and one practice under their belt.

Soccer programs at both schools have attracted a larger number of players. Several were groomed by Cochrane Minor Soccer.

"There's some incredible work done at the grassroots level," says Cobras head coach Carolyn McLeod. "These girls aren't necessarily going to Calgary, they're staying in Cochrane and being developed here. They have a really good commitment to the sport, really good character building, and all the other parts that you want in an athlete. I don't have to do anything. They come already fully formed. We just put them on the field and watch them fly. It's beautiful."

Over 30 girls participated in their tryouts, and some hard decisions had to be made.

"It was tough because there were girls that were cut that are soccer players and played all summer. We've got a team of awesome girls who are excited, have lots of energy, and support each other, and are just gracious."

They're keeping a close eye on the Springbank Phoenix, who they played next Wednesday at Springbank Park for All Seasons.

"We've never played a weak Springbank team, so we expect to have our game tested when we play them, so it will be good."

"It's been a bit of a whirlwind to get up and running and get organized, so we've got some work to do, but it's a good start. These are nice kids and they worked really hard today."

Thursday, the Bobcats play George McDougall, and the Cobras are in Airdrie to face W. H. Croxford. 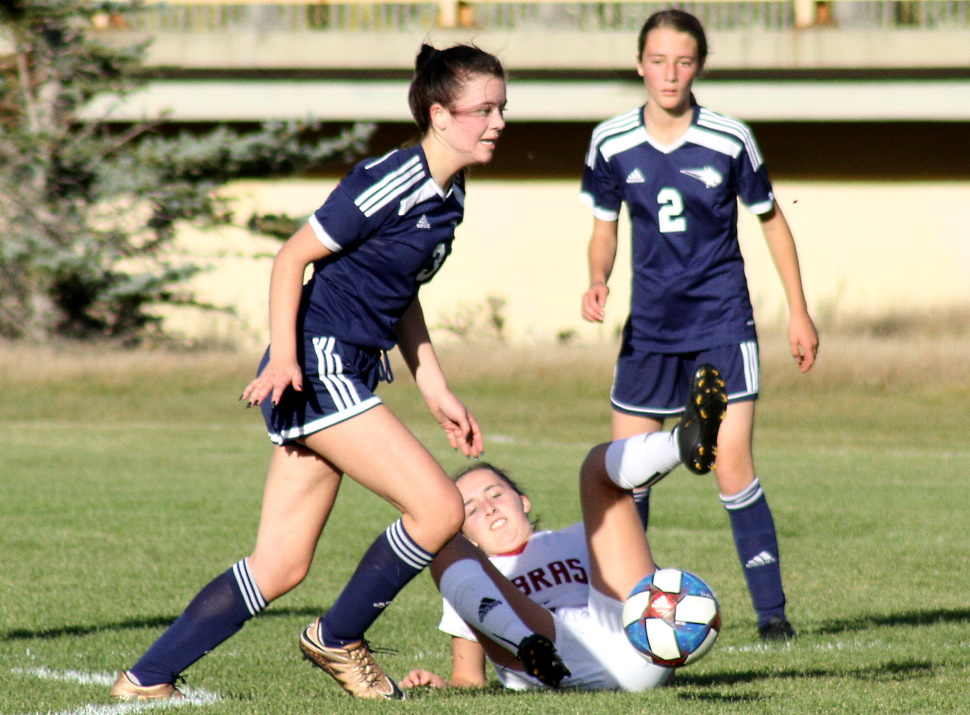 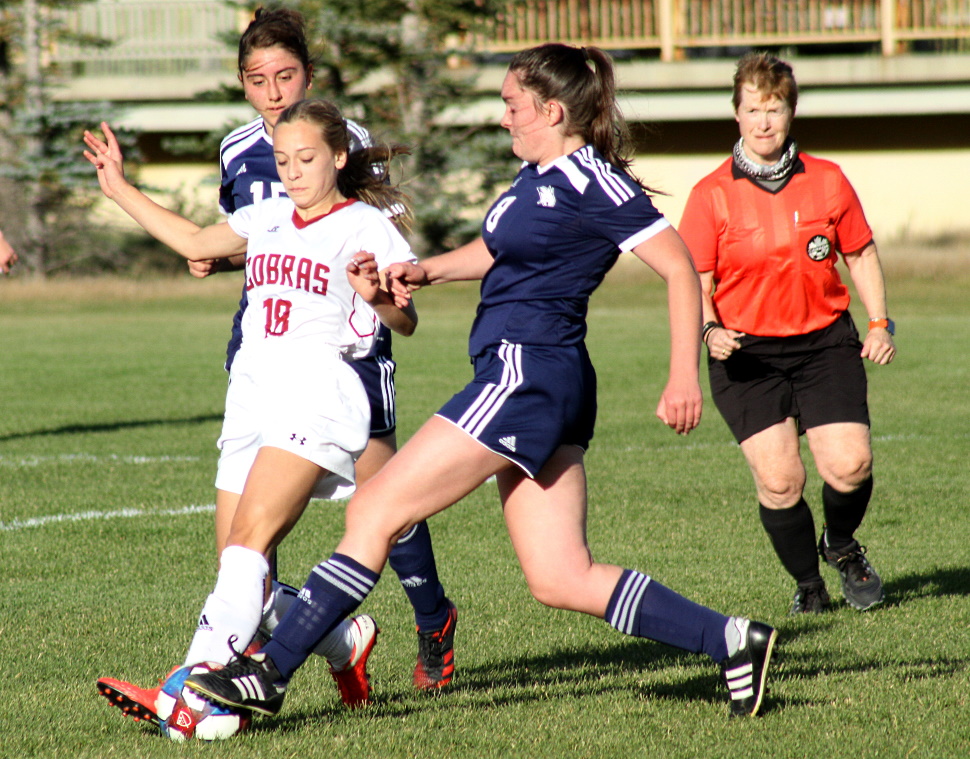 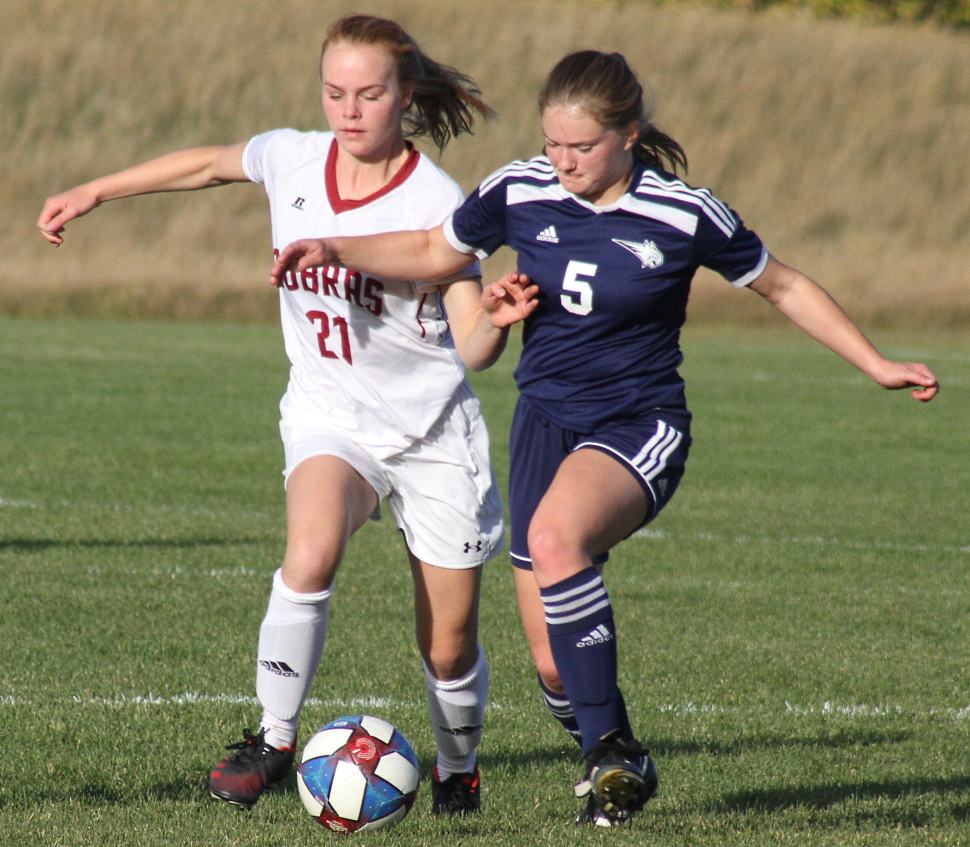 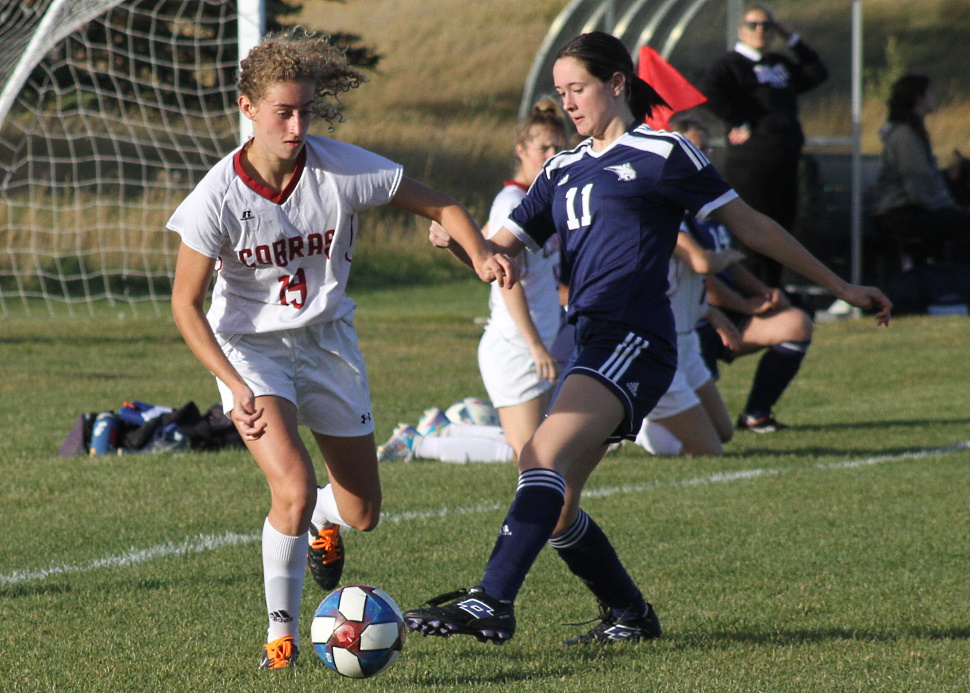 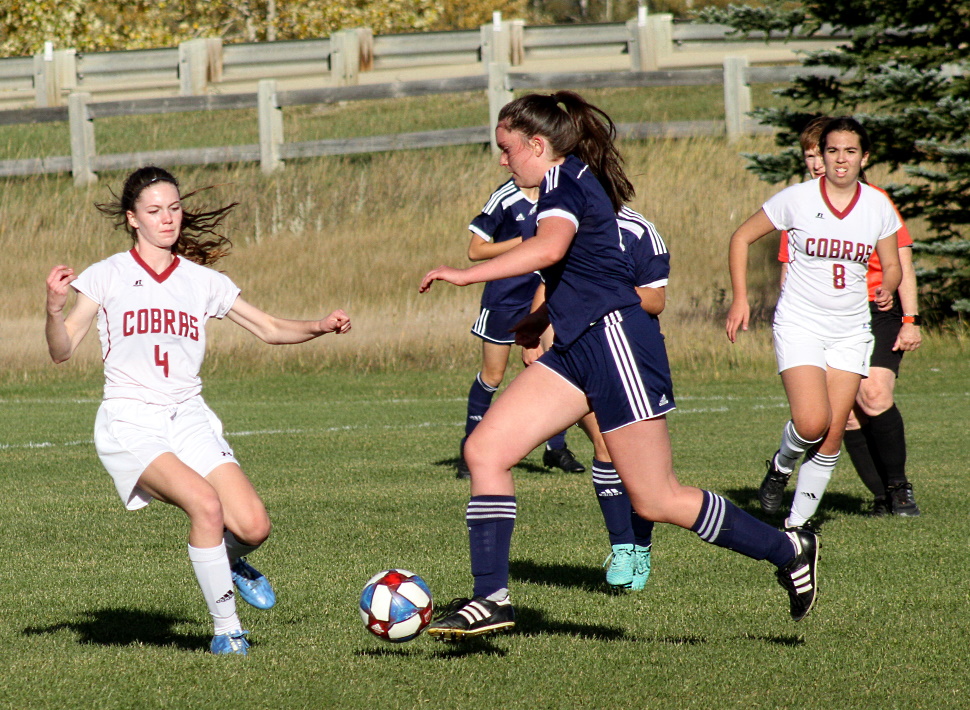 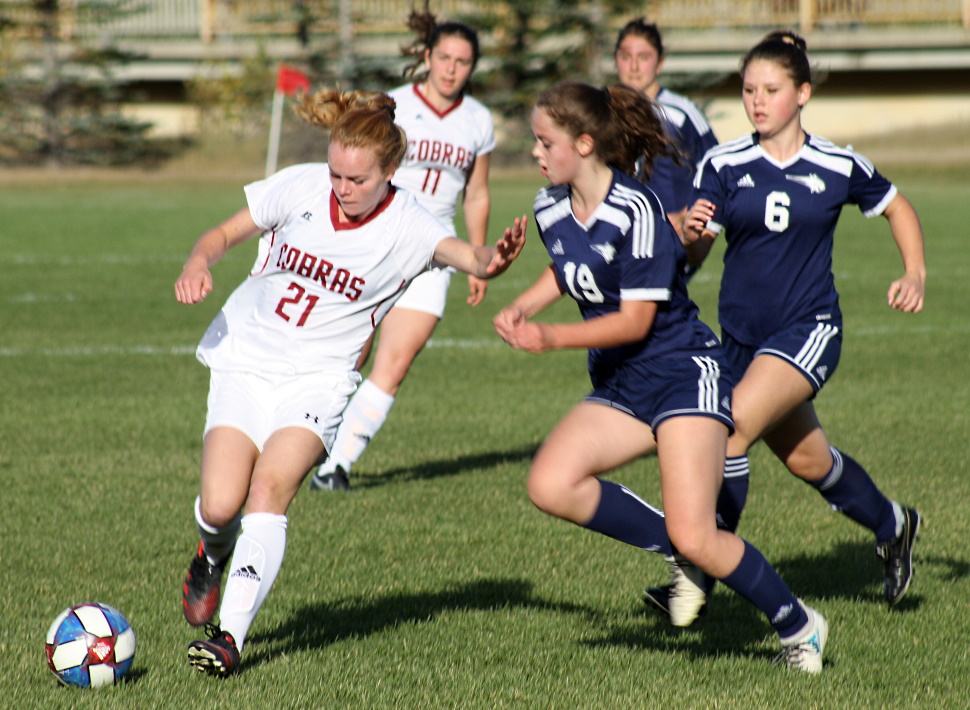 Panda Flowers gets treated to The McCafe Coffee Break