Holloway is ranked #10 and is on the 'A' list as a potential first-round draft pick.

Defenceman Bauer has a 'C' rating, suggesting he is a possible candidate for the 4th/5th/6th round of the draft.

Holloway is in his freshman season with the Wisconsin Badgers of the Big Ten in the States.

The 6'1" centre was named 2019 Canadian Junior Hockey League (CJHL) Player of the Year after leading the AJHL's Okotoks Oilers in scoring, posted 41 goals and 88 points in 53 games during the regular season en route to being named AJHL MVP. He added 13 points in 11 playoff games.

He helped Canada win bronze at the 2019 International Ice Hockey Federation U18 World Championship. In 2018, he won gold at the Hlinka Gretzky Cup and bronze at the 2018 World Junior A Challenge.

Bauer is midway through his second full season with the Seattle Thunderbirds of the Western Hockey League (WHL).

Appearing in 64 games for the Thunderbirds last season, he had a plus 17 rating on the season.

The 6'3" defenceman was one of the last players cut from Team Canada for the 2019 Hlinka-Gretzky Cup tournament last August. 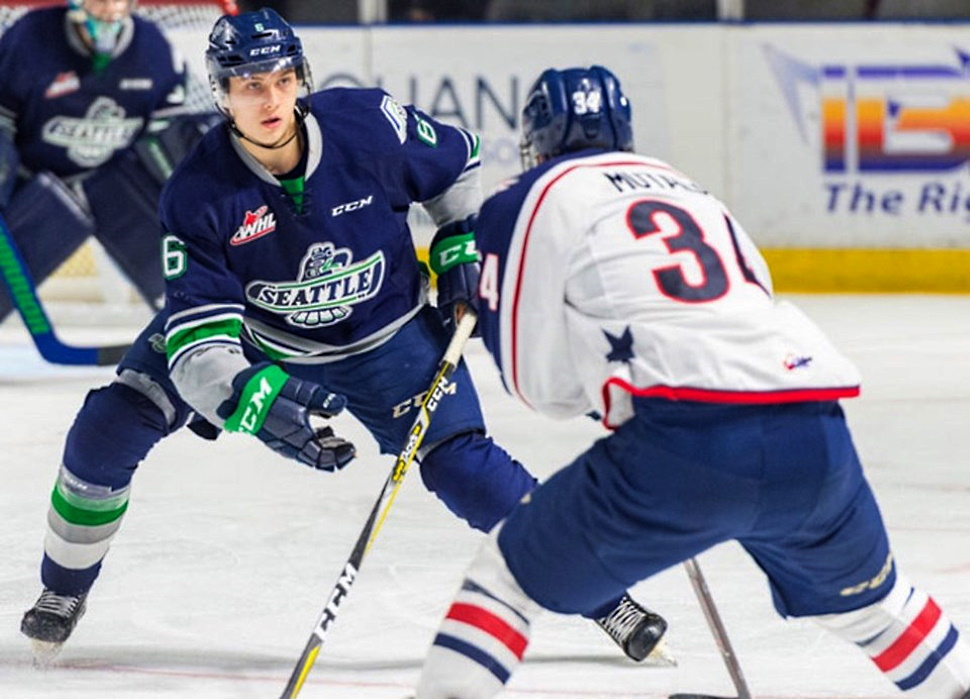 Cochrane's Tyrel Bauer has been given a 'C' ranking in the NHL central scouting mid-season report for the upcoming 2020 NHL draft. (Photo/Seattle Thunderbirds)

No wage increases for nurses or teachers in Alberta