One of Copping's roles in implementing the government's recovery plan is leveraging new immigrant newcomers to help build the economy and provide the skills needed to grow it while offering job opportunities.

"A number of newcomers who have started business have not only been able to create jobs for themselves but jobs for all Albertans," says Copping." "And we're really trying to showcase the importance that newcomers play in contributing to and building the Alberta economy."

Copping and Yaseen have visited Camrose and Lacombe prior to this, and have more stops planned in southern and northern Alberta.

"Their stories are very similar," says Copping. "A lot of them come here for new opportunities for themselves and particularly for their families and their kids, and display a true entrepreneurial spirit.

"At one stop we had just recently this was the individual's third business. A newcomer to Canada but he is a serial entrepreneur, and keeps creating businesses and then selling them, and moving on to build new businesses which is not only great for newcomers but also for all Albertans as they build the economy."

Besides their one-on-one discussions, each entrepreneur was interviewed for a government video being produced.

What the government representatives commonly heard was how Cochrane is an appealing place to move.

"One thing they talk about regularly is family, and that family feel you get here in Cochrane," says MLA Guthrie. "We are a community that has grown tremendously. When I came here 11 years ago, we were 15,000. We're now 30,0000, yet we still have maintained that family tight-knit community feel, so we're pretty fortunate to live here."

He's impressed with their determination to succeed.

"Some of these people opening up are under construction right now, and they're investing in a time that is for many people considered a pretty vulnerable to be opening up a business. Yet they're putting their financial future on the line to invest here in Cochrane. To have the minister come here to meet with them I think is fantastic. We have these entrepreneurs that are creating jobs within our community and providing services that we need, so it's pretty special."

Muhammad Yaseen, who is also the Calgary-North MLA, admires their spirit.

"They come here from all over the world with entrepreneurial IQ and their skills and find they find a level playing field and take a risk. They're all happy and excited."

While struggling in the early stages of the COVID-19 pandemic, she says business is returning to normal. She's excited to be expanding upon her store's offerings.

"Next week a pasta machine coming, so we'll start to prepare fresh pasta. It is exciting and amazing, and maybe we could have more workers here. I'm so proud."

Lario immigrated to Canada in 2015, and first lived in Vancouver before moving to Calgary and now Cochrane.

Like many, she discovered the beauty of Cochrane when coming here for ice cream at MacKay's Ice Cream. They decided this was the place they wanted to call home.

Just next door is the newly-opened Pascal's Patisserie, owned and operated by Pascal Bagioli and Lison McCullough.

They were established in Calgary for several years before seeking a lifestyle change that took them to Europe and then back to Alberta. They had originally looked at re-opening in Calgary but instead came here.

"It's not as small business-friendly, I'm sorry to say,  as Cochrane is," says McCullough. "Cochrane welcomed us with open arms. We're so happy to be here."

She said it was a happy coincidence to located next to the Italian store.

"What was so nice is our businesses we're right next Italian store, and we're French, so we have breakfast and brunch covered and Cuore do Mamma has lunch and dinner. We really love the idea, cross-colonization of two European-style businesses, and we're just pleased about that lucky happ-indence."

Now under construction is The Blend restaurant of Manpreet Singh and Cassandra Martinoski.

Cochrane appealed to Singh because it brought back memories of where he grew up.

They hope to open their restaurant later this month. Singh says it will offer dishes unlike any other offered in Cochrane.

"It's a mixture of Indian food, Canadian food, Chinese food with a little bit of Indian spice, Indian touch to it at every level. It's a fusion blend of food."

Singh was surprised by how easy it was to chat with Minister Copping.

"It was an honour to have him visit us. He made it easy to talk to him." 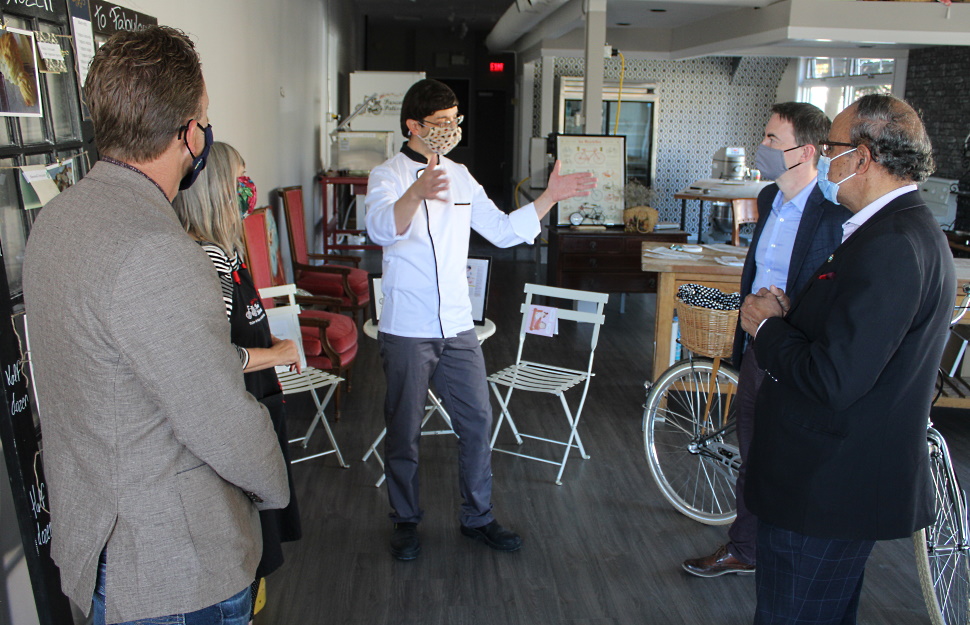 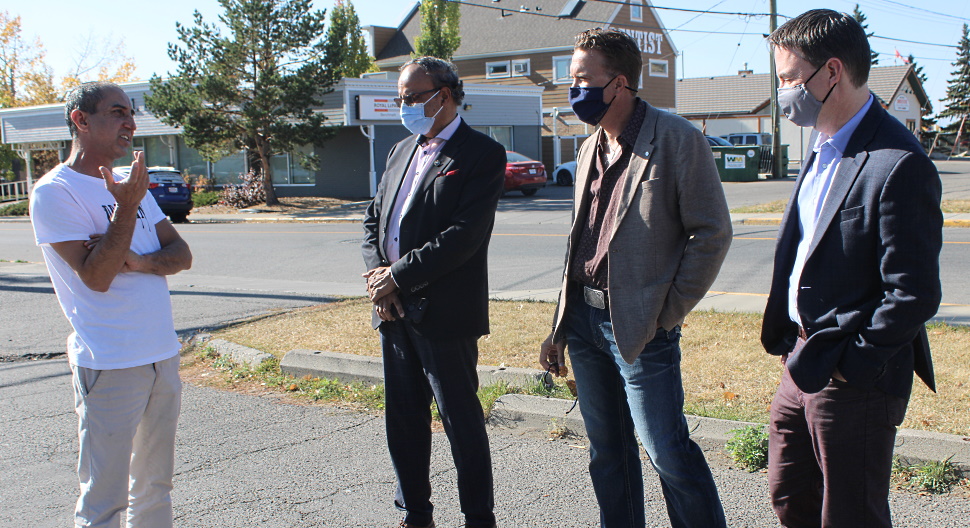 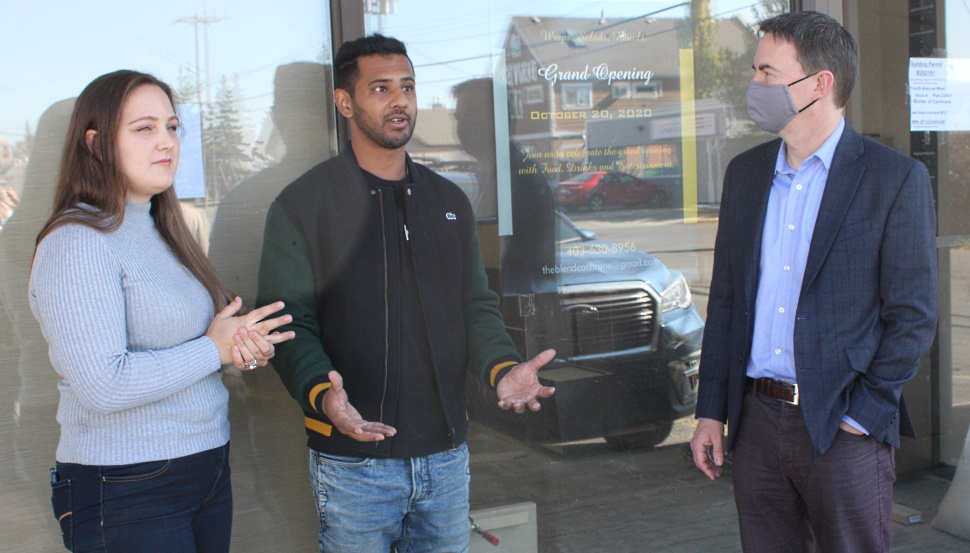