The majority of the $25,500 raised from the 2020 Monumental Golf Tournament COVID-19 edition will benefit the Cochrane Activettes Food Bank.

Of those funds, $20,000 was in support of the pledge made by the satellite Young Professionals Rotary Club to fundraise a total of $95,000 over three years, explains tournament chair Rotarian Glen Gryzko. The other $2,500 came directly from the Lindsay Leigh Kimmett Memorial Foundation

Cochrane Search and Rescue is a partner in organizing the event and received $3,000 towards their nonprofit work in the area. They were originally to receive $6,000 but gave half to the food bank because a training program prevented them from assisting at the same capacity as normal

The Monumental tournament is unlike any other golf tournament. It takes sociable golf to the next level.

"The first eight holes are a straight best ball tournament," explains Gryzko, " still fun, but nine holes represent a throwback to the Tournament of Aces with hit the gong at one hole, hit the island at another. We have a Rotary Four-Way Test game where you have to hit the holes. And finally, hitting from three pins on the ninth green, all put close together, to try and get a hole-in-one to get on the Monumental Tournament of Aces trophy."

Nobody got on the trophy at this year's Oct. 3 event, but there's been about 18 who have in the past.

"Fun was had by all who participated," says Gryzko. "Even without the evening dinner and auction, due to the restrictions of COVID-19, teams convened on the outdoor patio at GlenEagles after their round to enjoy some further fellowship and the incredible scenery of a fall Alberta evening with very pleasant temperatures."

The winning teams and players received prizes and gift cards, some of which were donated, and some purchased from local merchants. Almost half of the participants received a prize award.

Whether or not COVID-19 continues to loom, the tournament will remain an annual fundraiser at Links of GlenEagles.

"We don't see any reason to stop. It has such momentum in the community, and support from local businesses and from golfers of all skill levels, and the Rotary Club sees this as a very worthwhile cause to continue.

"Personally, I've engaged with this from its beginning, because I feel for the Kimmett Family and understand the tragedy they dealt with, and know them very well as business associates and friends.

"We intend to carry it out and hopefully next year it will be an up-close and personal 14th annual Monumental tournament again."

Thirteen years ago the tournament was created by Kelly and Diane Kimmett and family in memory of Lindsay Leigh Kimmett, who was tragically killed in a single-vehicle rollover on February 17, 2008. Her compassion for others here and around the globe is celebrated by this unique golf tournament. It's a counterpart of the well-known Kimmett Cup.

The Kimmett Family oversaw the tournament for 10 years and entrusted it to the Cochrane Rotary Club three years ago.

Gryzko says the tournament has now raised over $1.1 million for worthy causes here and around the globe.

Since 1978, members of the Cochrane Activettes have been dedicated themselves to helping others. The food bank is just one of their many charitable undertakings. 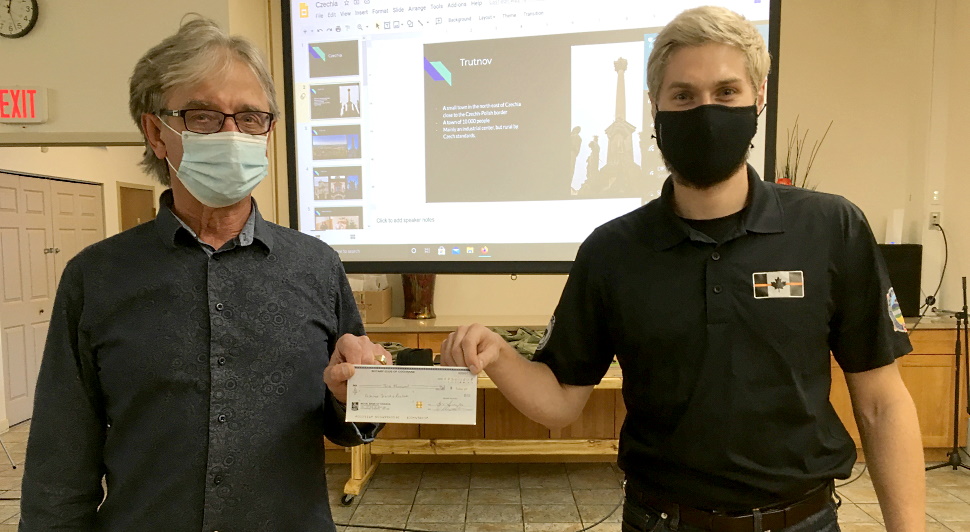