Make that five straight for Generals

The Cochrane Generals are on a roll.

Last night's 6-3 win over the High River Flyers makes it five straight for the hometown team. Tonight, they're back on the road to match up against the Sylvan Lake Wranglers.

The Gens grabbed a 2-0 lead after one against the Flyers in their first home game since Nov. 1. It was 4-1 after two. Both teams squared off with two goals apiece in the third.

It was a two-goal night for Patrick Forde. Jordan Fisher added a little icing to the cake during his 100th game by scoring. Brandon Aab, Ryan Davis, and Dean Olenyk scored the rest.

Despite the lopsided win, head coach Kurtis Jones doesn't take the Flyers lightly. Before the game, he admitted to the team he was a little nervous.

"That team scares me sometimes when we play them. They come hard, for 60; they don't let up," says Jones.

He admits the Gens tend to take some of their opponents lightly. They play their best games against long-time rivals and higher-calibre teams.

"If that's Okotoks, we play, or if that's Airdrie, we play."

"On our road trips we play hard, but we've also played some 40-minute games instead of 60 or 25-minute games, and our goaltending bailed us out."

The Gens are ahead in a tight race for second. They're currently tied with Coaldale but have three games in hand. Just one point behind are the Medicine Hat Cubs.

The Wranglers are coming off a 6-2 loss to the Cubs last night. 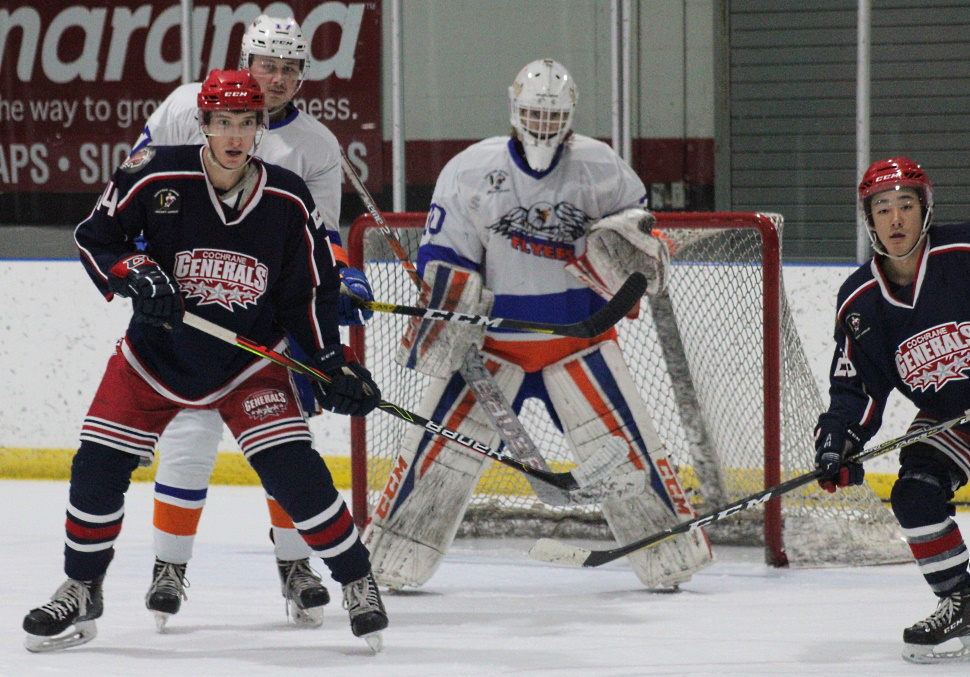 Caden Chudleigh (#14) and Takuro Okada in front of the Flyers net. 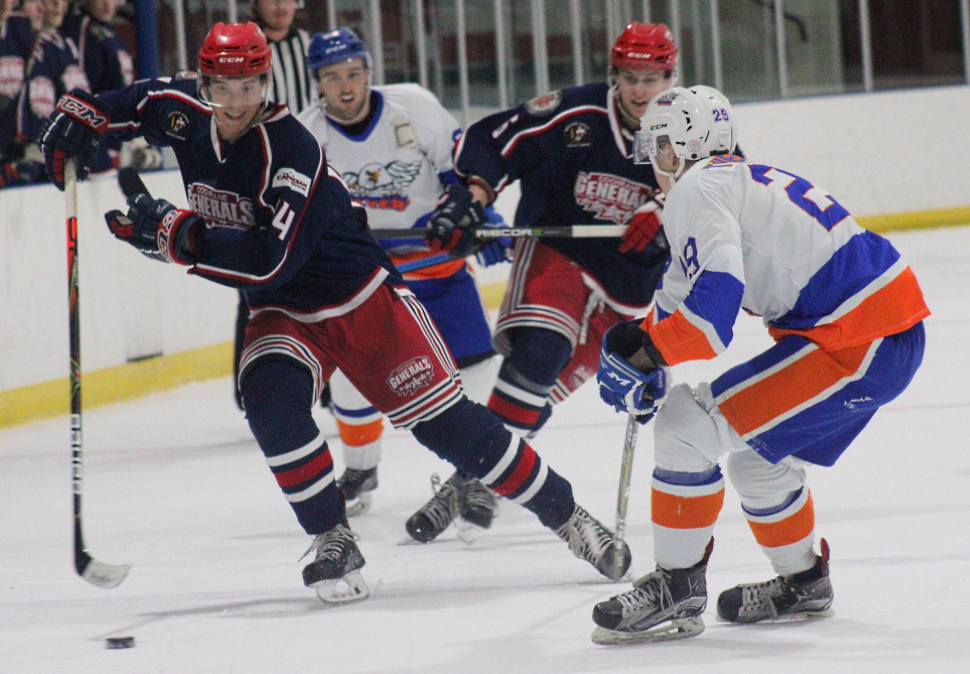 Ryan Davis races for the puck. He had a multi-point night for the Gens, following on the footsteps of scoring the game winner against the Strathmore Wheat Kings last Sunday. 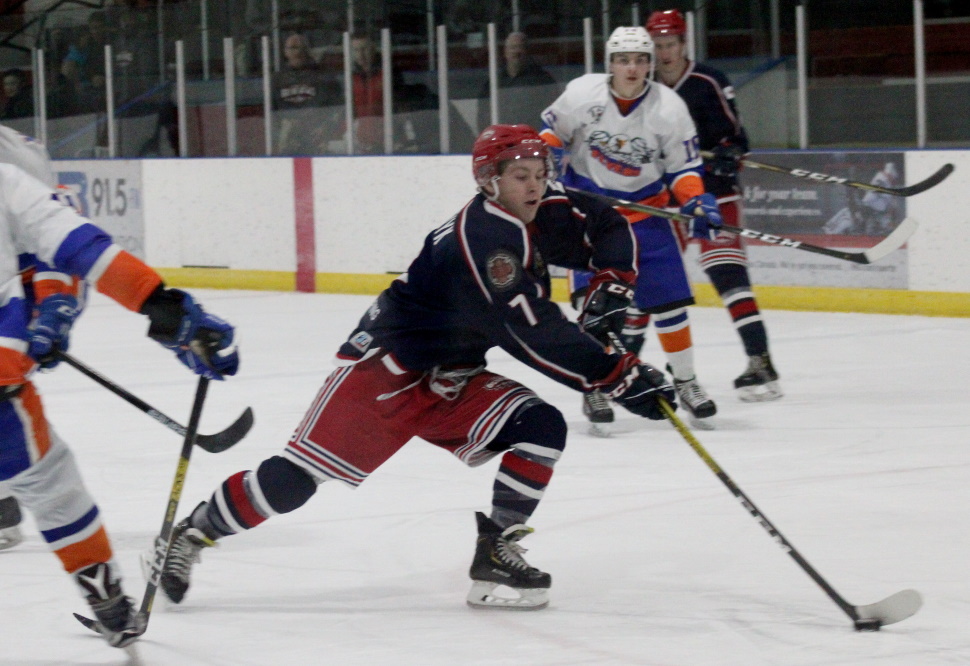