Momentum continues to build for Make a Difference Maintenance

Initial response to Make a Difference Maintenance has been strong, and it's having a valuable impact upon the youth involved.

"There has been lots of interest," says Jim Darby, co-founder of the organization. "So many people are saying it's a great project and are really supporting it."

They now have about eight clients and hope to double that going into the winter season to keep their crews busy.

That will also allow them to welcome other challenged youth to join the team.

"The challenge is looking for staff that has those difficulties and trying to encourage them along, and getting on board and not for them to be worried or frightened about joining something new and different."

The five-member crew of Make a Difference has already tackled a wide range of projects, including a major two-week cleanup project on an acreage in the Cochrane Lake area

They've included fencing, paint jobs, and other odd jobs, like moving equipment. This winter they're gearing up to do snow clearing.

"And that's where you see the real work in what we're trying to do here. Seeing them outside, doing jobs, and get a bit of pocket money at the same time. It's just great. They turn up all the time, never late, in fact, they're there ahead of Tony and me sometimes because they are so excited. It's so special because these guys and girls are going back and are happy, and that's what we set out to do."

He says the feedback from parents of these youth has been positive.

It reads in part: "Jim, Make a Difference Maintenance has truly made a difference in my daughter's life. She struggles with learning disabilities and anxiety, along with numerous other disorders."

It continues,"... These kids just need someone to believe in them, and take chance on them. This is exactly what Jim and Tony have done for her, and I can't thank them enough for the opportunity and learning experience they have given her."

Built into the model is team activities to help them foster these life skills. Recently, the team was treated to some horse equine therapy, courtesy of Spirit Winds Ranch.

"They had a fantastic time, and it was just doing some different than being in the workspace."

Between the COVID pandemic and the arrival of shorter says, Darby says making sure they have enough work to keep the youth busy during the winter is important.

Make a Difference was created in October. 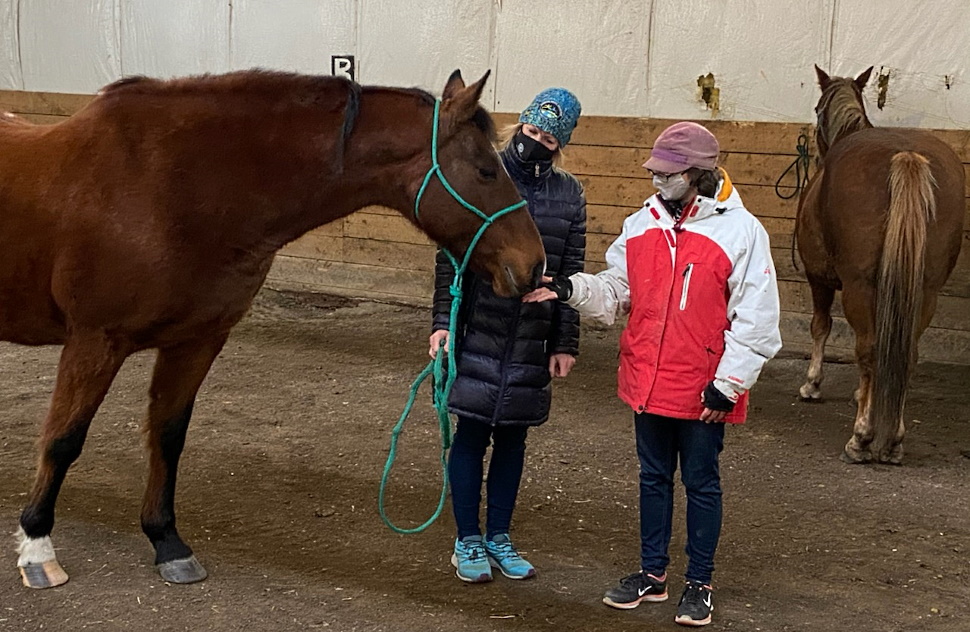 The province working with pharmacies to roll out vaccine