The Cochrane Cobras found the scoreboard in the fourth quarter against the George McDougall Mustangs, but it wasn't enough to successfully defend their Rocky View title.

For the first time in eight years, the Cobras lost in the Rocky View championship game, 38-20, on home field on Oct. 28. It was the Mustangs who last beat them for gold in 2014.

While the Cobras successfully defended against an interception deep in their end on their first possession of the game, it was the start of a struggle for field position.

"We were starting in the hole a lot because offensive we were putting ourselves in the hole," says Cobras head coach Rob McNab. "So you've got to get some breaks and start in the positive zone and we just didn't get that going until later."

The Mustangs led 7-0 at the half and added to two more early in the third after forcing the Cobras to concede a safety. They extended their lead to 23-0 by the end of the third with a pair of touchdowns.

With four minutes remaining in the game, the Cobras weren't ready to call it a game. They scored the first of two touchdowns and scored again on their next possession.

The Mustangs ran in two more touchdowns on the strength of their star running back Paul Condon before the Cobras scored a final major with a two-point conversion.

"They're a good team," says Cobras head coach Rob McNab. "They're big, strong, and have a pretty special player back there in #21 (Cordon). We made some early mistakes, we dug our way out of them, but in the end, we just couldn't sustain drives and put the ball in the end zone until the last quarter."

He takes a positive from the players refusing to give up and scoring those late touchdowns.

"When you get down, sometimes can get rolling quickly, but our kids fought back. We were trying to get back in it and executed a little bit better than we had."

He says a slow start has been hurting the team in recent games and they need to reload and put it behind them in the provincials.

He says there were a lot of upset players in the post-game huddle.

Mustangs head coach Chris Glass says they use Cochrane as the measuring stick as one of the best teams in the province in any tier.

"Our strategy going into it was to play a physical game of football," says Glass. "We know we're at our best when we're hitting hard and we're running downhill, and our gameplan all along was to get Paul Condon involved early in the game and just play a physical brand of football."

He says it's easy to know what Cochrane is going to do because they have been doing it so well for so long, but it's another thing to try and stop it.

"We had a feeling this matchup was going to come a long time ago, so we put a little bit of work in each week to make sure we were taking some plays away, and our guys just went out the exercised the game plan really, really well."

Condon was a challenge to stop last season and now in his final high season has come up with some big numbers in important games.

"When the games have been bigger, he's become bigger. The previous week before that, he ran for 297 yards against a very tough Croxford team, so we had a feeling going into this game he would be that good again, and luckily we weren't wrong."

The Mustangs lost their first game of the season and other than losing to the Cobras in the regular season they had a perfect record.

Glass says the season opener against the W. H. Cavaliers was close but they were missing four of their starting offensive lineman.

They got redemption against the Cavaliers with a 35-7 win in the semifinals with their offensive line fully intact.

"We were able to give Paul (Condon) a lot more holes and a lot more lanes to run through and that really made the difference against Croxford. It was like we were a completely different football team."

Both teams are now focused on matchups this weekend in the first round of provincials. The Cobras are home Friday night against the Foothills Falcons and the Mustangs host the HTA Knights.

Glass says he likes how they match up with the Knights.

"With our best players playing the type of football they're playing right now, I think we're really good shape against any team in the province. They're going to have to come to Airdrie and play us in our home. It's a tough place to play. The stadium gets really, really loud and we're going to have half of Airdrie out there on Saturday, so it should be an exciting time."

Last night, the Cobras team staff started preparing for their game. He says there were some injuries in Friday's game and they'll have a better idea of how that will impact the team in the coming days.

There's an outside chance they may be able to play it on the new turf at Cochrane High. McNab has his fingers crossed.

"There's a lot of fatigue factor in what we're doing right now, which wouldn't be happening if we could just be in our facility. You miss a lot of that comradeship with the kids in the locker room and being able to walk out of school and go right to practice as opposed to getting into cars. We knew it was going to be delayed but we didn't know the fatigue factor that was going to happen."

On one field or another, it's Friday Night Lights at 7 p.m. in Cochrane. 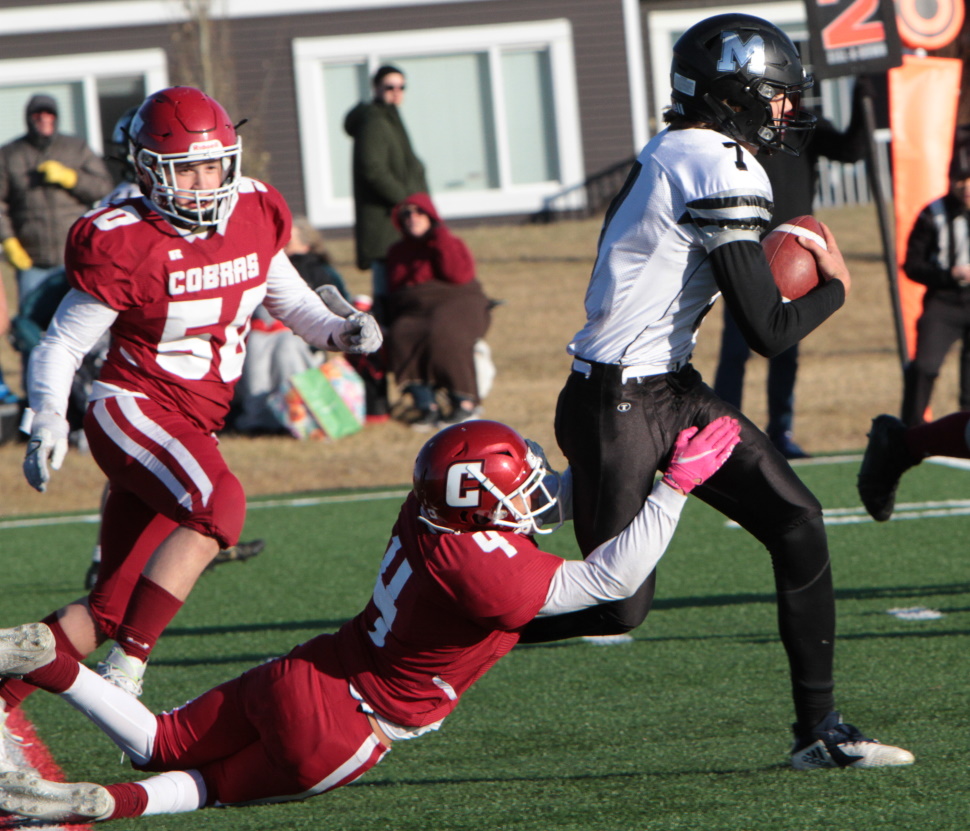 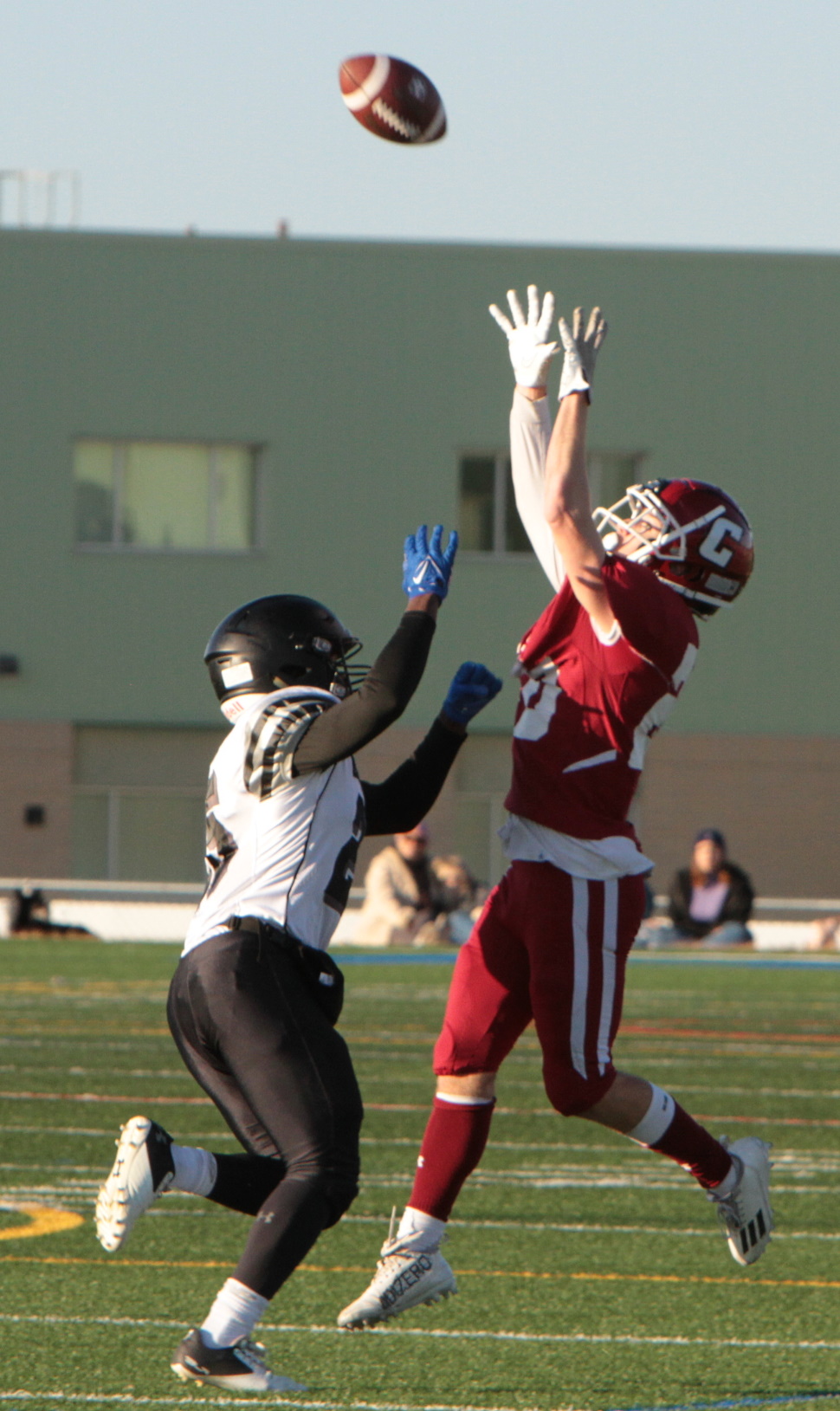 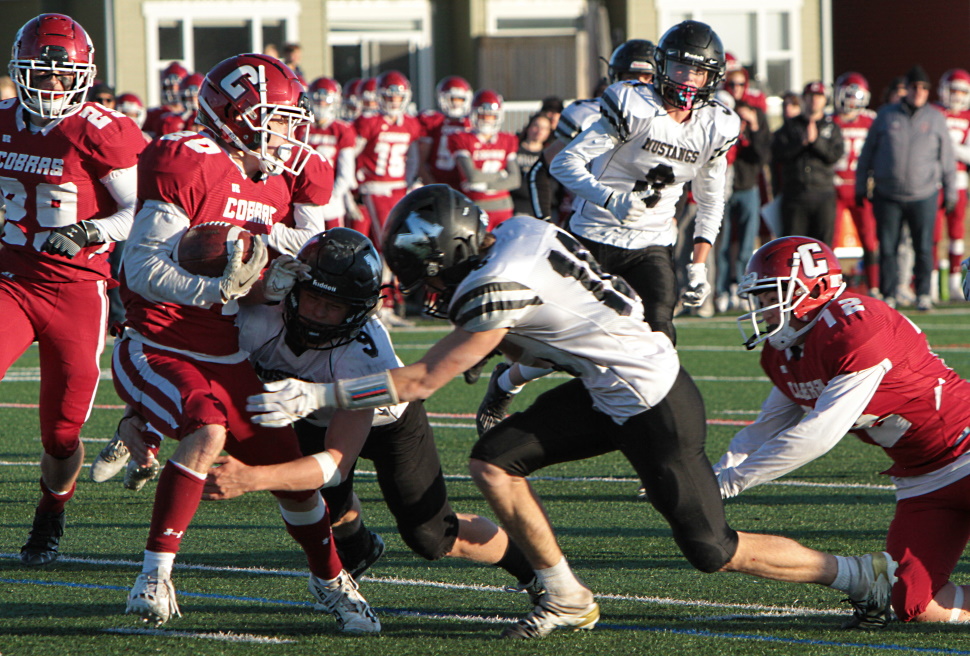 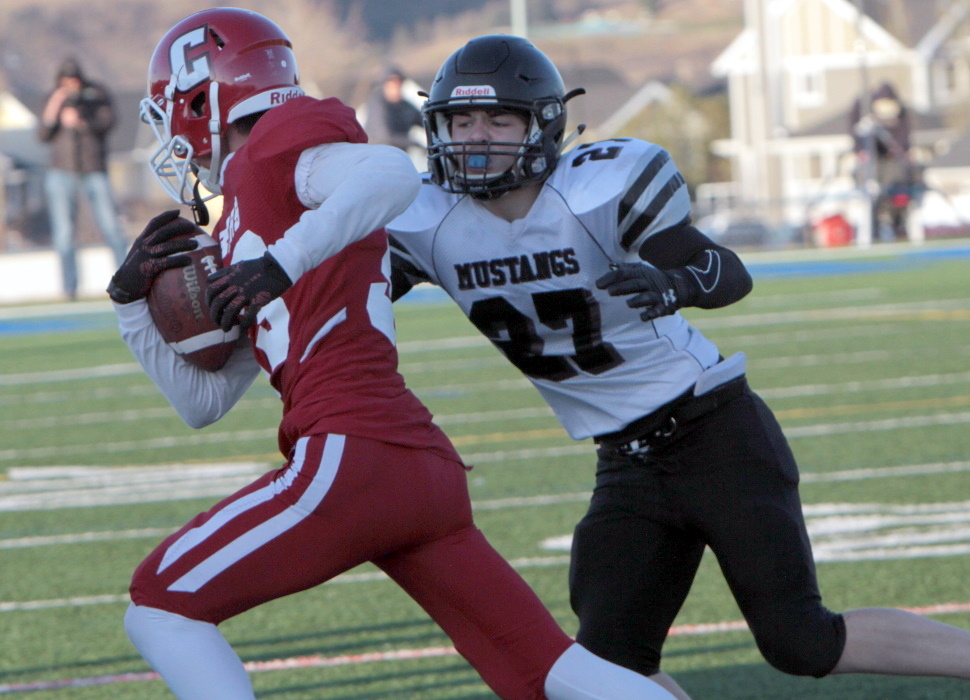 Cochrane a role model of an accepting, diverse, inclusive community