Over $1,000 raised after first weekend of seniors bottle drive

Cochranites continue to show generosity and compassion for seniors by contributing bottles and cash for a special two-week drive.

Less than a week since the bottle drive was announced a little over $1,000 has been raised.

"I'm really overwhelming with the support from the community and the volunteers," says Paul Singh, who spearheaded the drive. "It's really great to see the community is coming together to show their support. I really appreciate that."

Singh says the response is even better than originally anticipated.

All the proceeds are being used to purchase gift cards from local businesses to provide gifts for Cochrane and area seniors left on their own this Christmas.

He says besides bottles, people have also been making cash donations.

He's had over 10 volunteers stepped up to help pick up the bottles and deliver them to the bottle depot.

"Everybody wants to lend a hand," he says. "It's been a great initiative to support our local businesses and our seniors."

On Saturday, local MP Blake Richards purchased coffee and treats for the volunteers and caught up with them briefly at the Tim Hortons location in Heartland.

"It's good that volunteers and people who take initiatives are recognized by their elected representative," says Singh. "It boosts the morale of everybody."

The collection continues until Saturday and those wanting to contribute can contact him via his Facebook page (Singh Palwinder) or text him at 403-608-1615.

After calculating the amount raised, gift certificates will be purchased and delivered next week 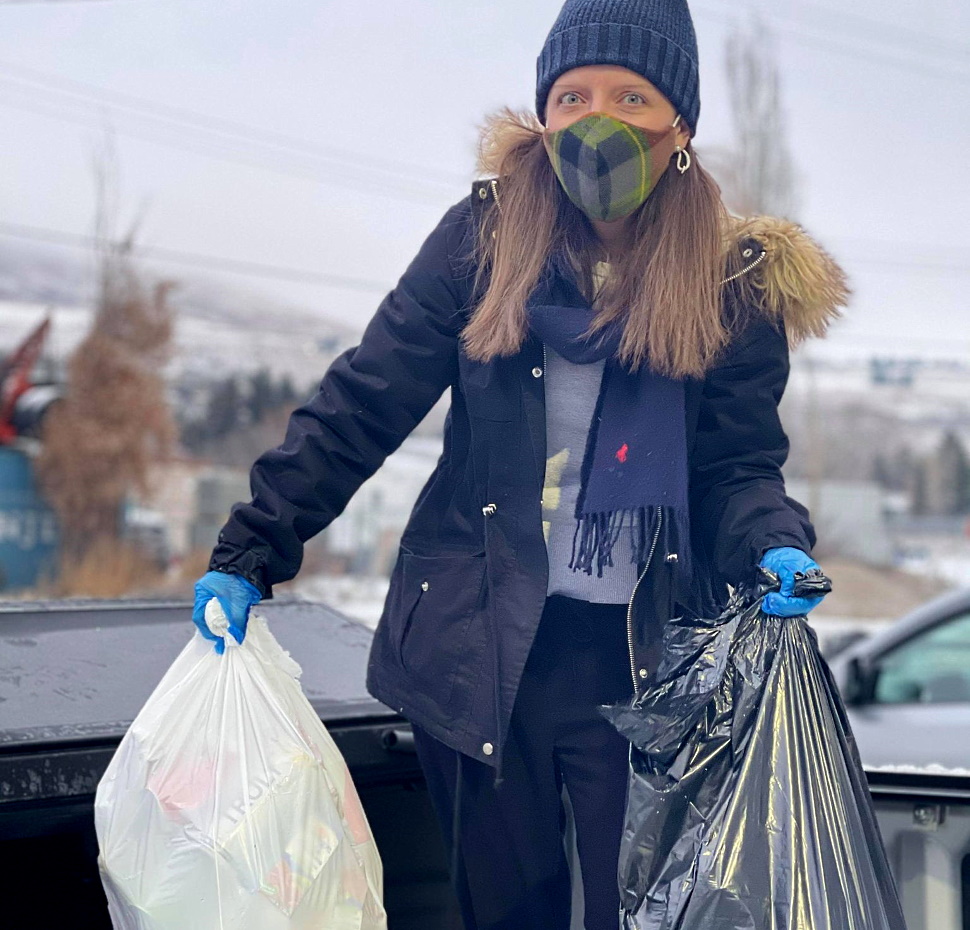 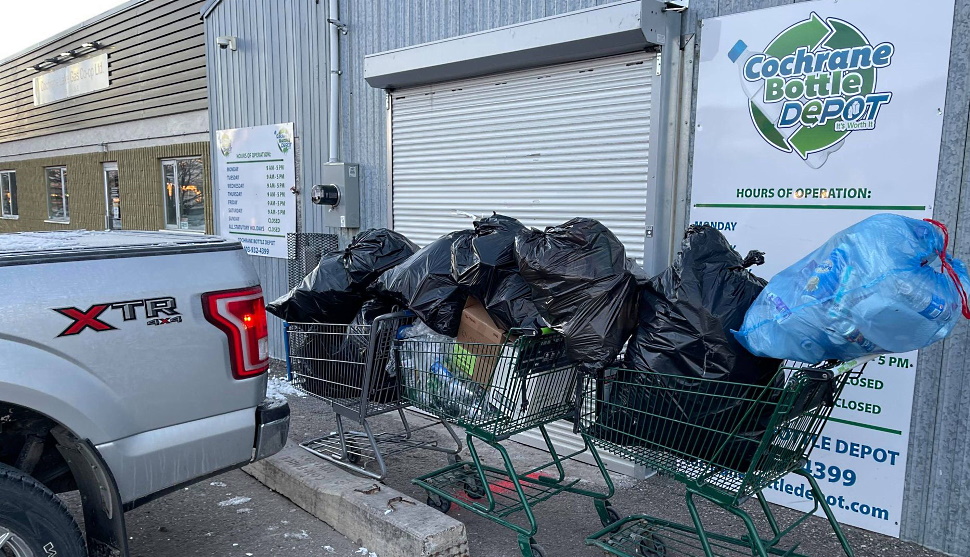 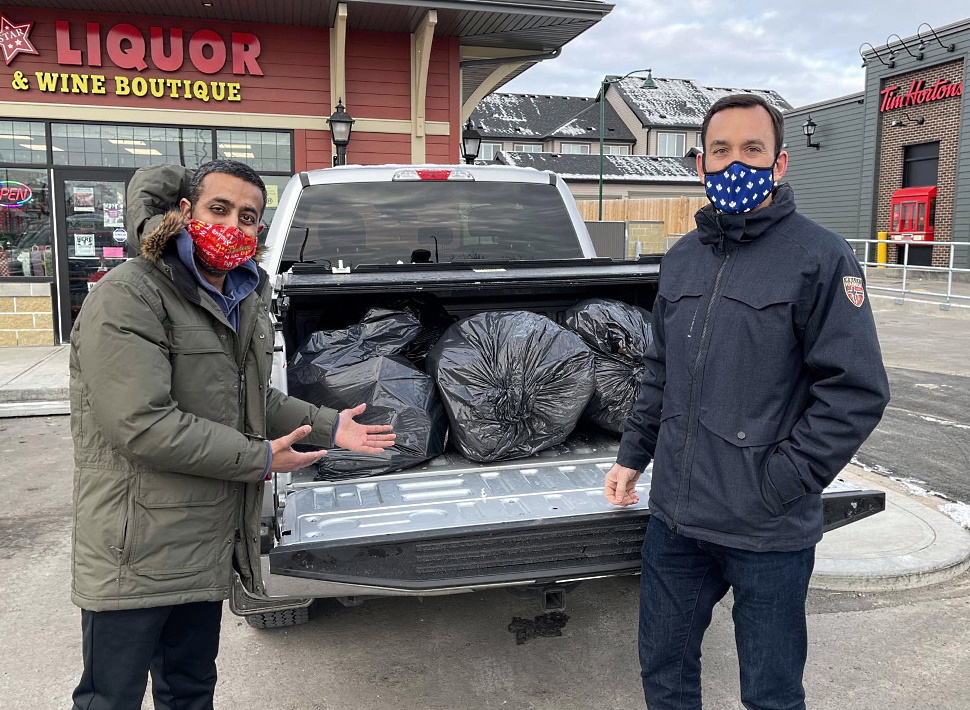