A total of 462 of the 25,000-plus stuffies tossed will be finding a loving home in the Cochrane area, thanks to the volunteers of the Cochrane and Area Events Society (CAES).

Carson Focht scored the Hitmen's first goal of the night to trigger the toss.

"It was so much fun," says Chabbert. "The energy in there was amazing once they start throwing those teddy bears on the ice."

Joining Chabbert at the game were Singh Palwinder, Ed Kokts-Porietis, Bella Fallis, Ron Fallis, and Natalie Stoyko. The donated stuffies were picked up on Monday with the generous assistance of Scott Willis, of Mountain Toys.

As last year, the biggest benefactor will be the upcoming Stuff-a-Bus event being staged in the parking lot of Canadian Tires on Dec. 14 from 10 a.m. to 3 p.m. Toys collected there will aid the Christmas hamper program of the Cochrane Activettes.

"The stuffies will be on the bus waiting to be loved by a child this Christmas," says Chabbert. "We invite Cochrane and surrounding area residents to come take part in this initiative and support families who are struggling this Christmas by donating a toy for a child or gift for a teen."

The Activettes are emphasizing the donation of more gifts for teens in their Share Your Christmas program. They usually get plenty for younger children but have been light on items for older youth.

"We always try to encourage teen presents, like gift cards, electronics, outwear, pajamas, anything that teens would like," says Chabbert.  "Another hot item is family games."

CAES will also have a brand new scene located by the bus for photos with the family.

"Our theme is Santa at the Cabin, so come wearing plaid and take a picture with your family around the fire. You will receive a free emailed picture with a donation to the Cochrane Activettes Share your Christmas Program."

Stuff-a-Bus was the brainchild of Ron Knowles, the founding president of CAES.

"It was a great idea, so we just stuck with it, and it gets bigger every year," says Chabbert.

Canadian Tire has been a huge supporter since day one, she says. They offer special in-store discounts that day to make it easier for people to donate. They also promote the program in advance.

"Last year, even before we arrived, they had 10 shopping carts of toys that they donated and customers had purchased before the event. They also give us gift cards. They've been amazing sponsors and we're very fortunate to have their support for this program."

The gifts donated should be new and unwrapped, she says.

CAES was formed in February 2010 to support and strengthen Cochrane’s economy through large-scale events and to encourage and promote Cochrane’s community spirit. 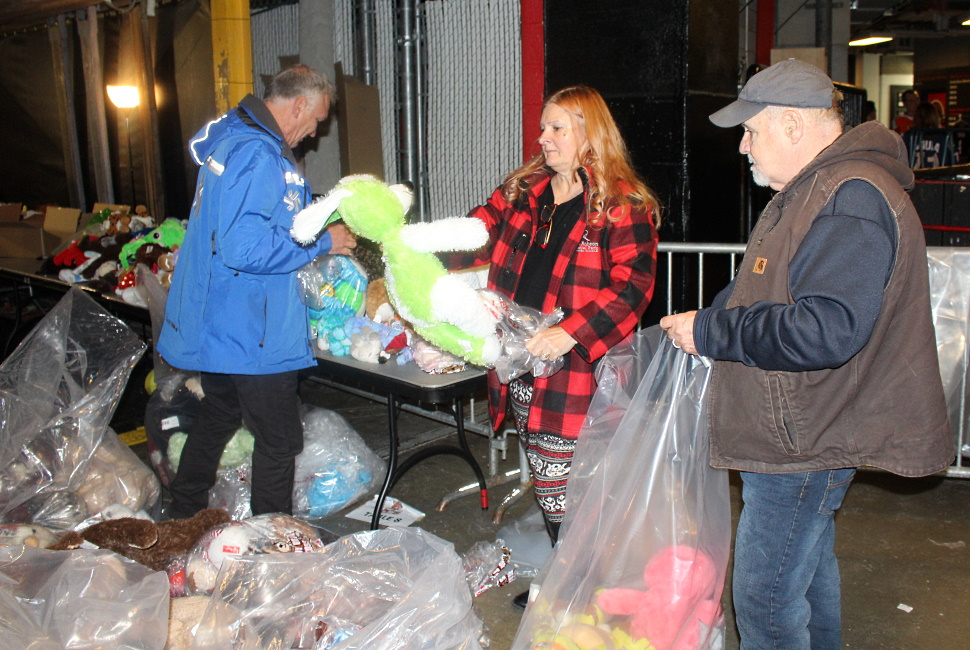 From left, Ed Kokts-Porietis, Bella Fallis and Ron Fallis sorting and packaging the stuffies after the game. 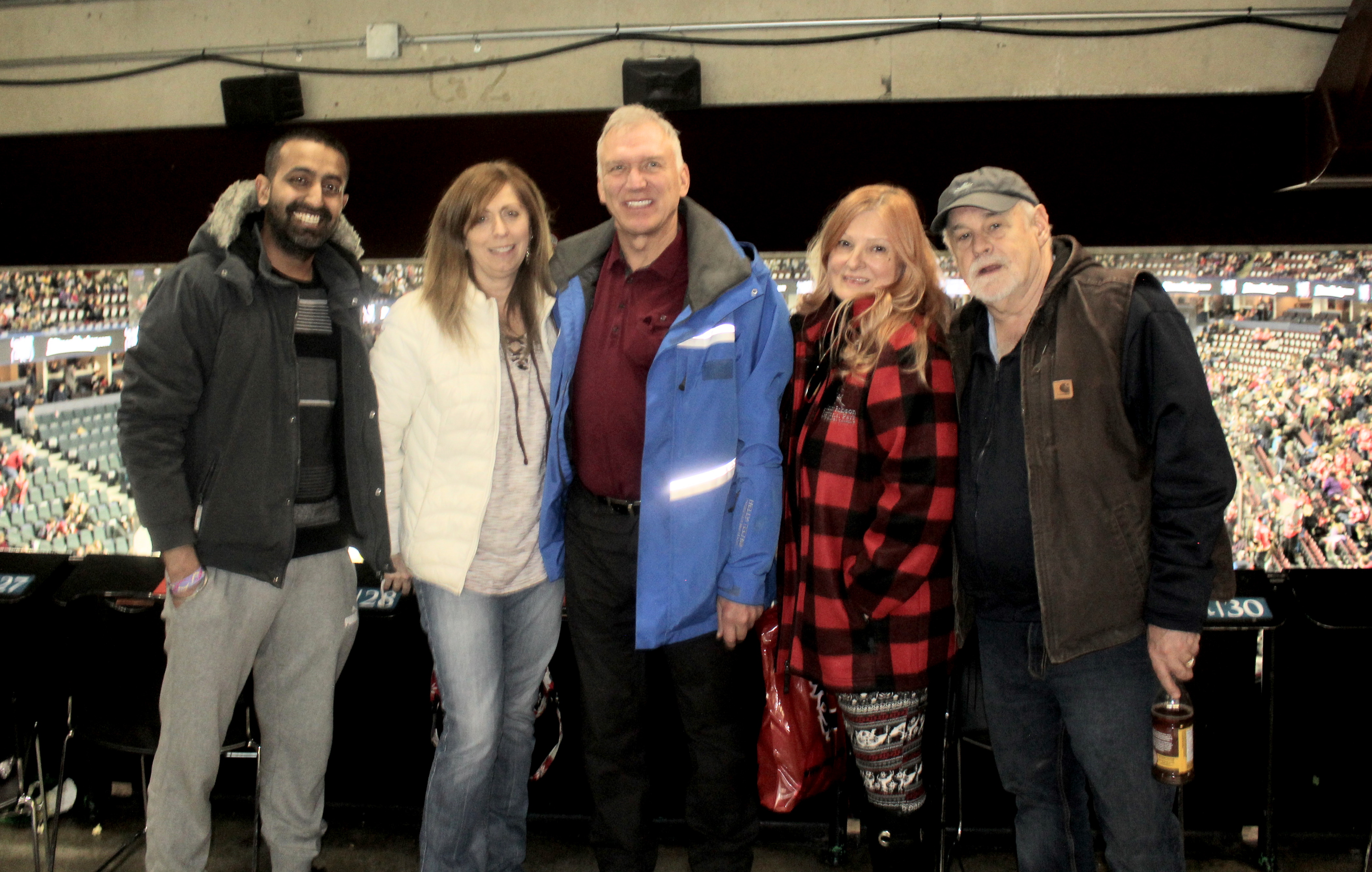