Peewee Timberwolves top SCAHL with just one loss all season

The AA Peewee Timberwolves wrapped up their regular season with yet another in a long string of wins to finish on top of their South Central Hockey League (SCHL) division.

It's been a near-perfect season for the team. They finished with an impressive 25 wins, four ties, and just one loss to top their 19-team, two conference, league.

The balanced squad is both the top-scoring team in the league (217 goals) and has the toughest defense (only 68 goals against).

So far, the season has been nothing short of memorable for its players.

During their last home game of the season, Cochrane Now caught up with two of their players to chat about their time with the Timberwolves.

Team captain Kadon McCann and alternate captain Jaxen Adam, both 12 and from Cochrane, are in their second year with the team

Forward Kadon says it's been great to win, and the overall season has been memorable. Only two years ago, he played against teammates from Canmore in a banner final.

"I think we came together as a team, especially with players from coming all over Bow Valley."

"It's a great experience, meeting new kids, and having fun. We've had lots of ups and downs as a team, but it's been a cool experience."

"I have to lead by example, and it's just fun hanging out with these kids, knowing they're going to play next year.

Being a Timberwolf has impacted his life outside of the arena, too.

"I think they've made me a better person overall. When people ask if I play for the Timberwolves, I'm proud to say that I do."

Caden, who also played for the bronze medal Big County team in the Alberta Winter Games, anticipates one of their toughest rivals will be the team hailing from Taber.

"They're one of our rivals, but we beat them twice at the Cochrane tournament, and in the regular season."

Minor hockey rep teams wrapped up their regular-season over the weekend. Post-season play begins this weekend. 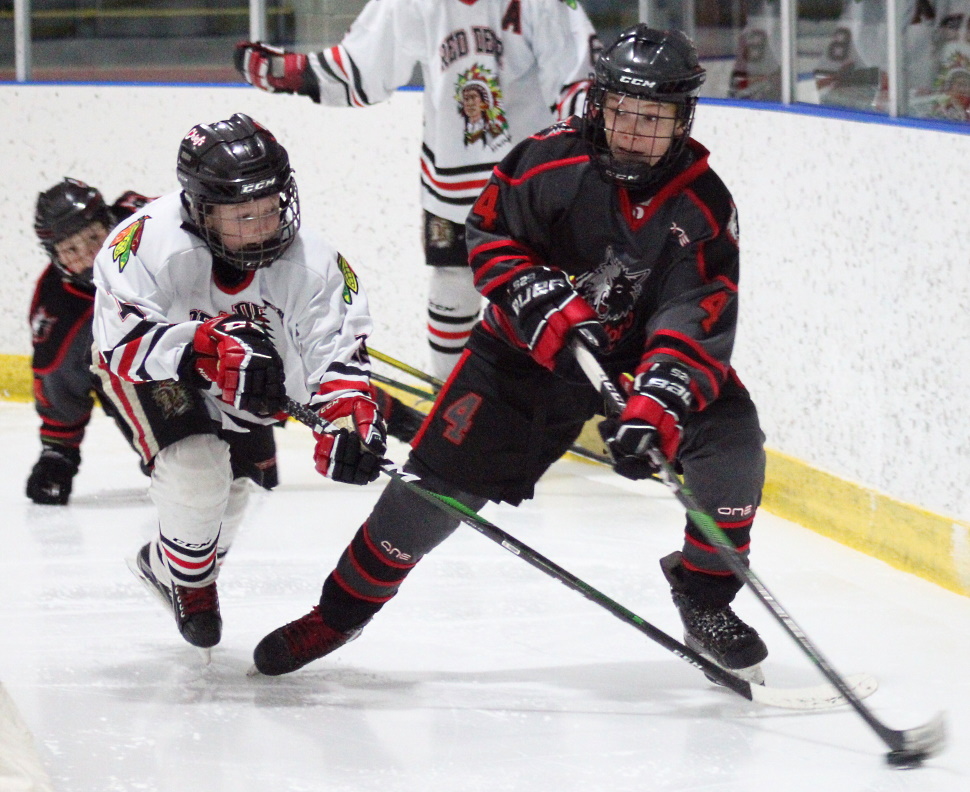 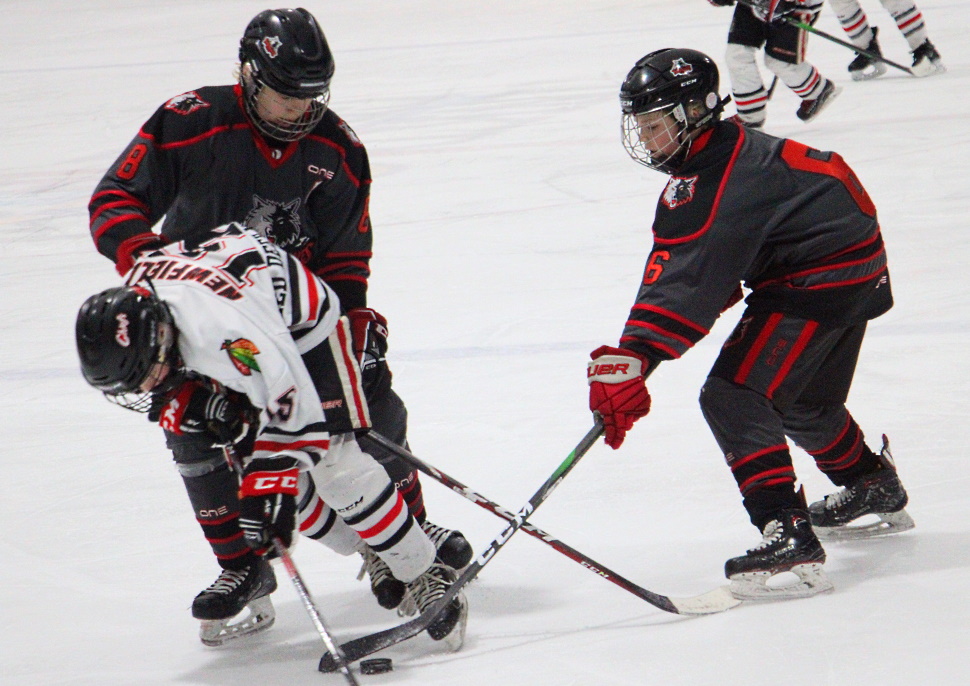 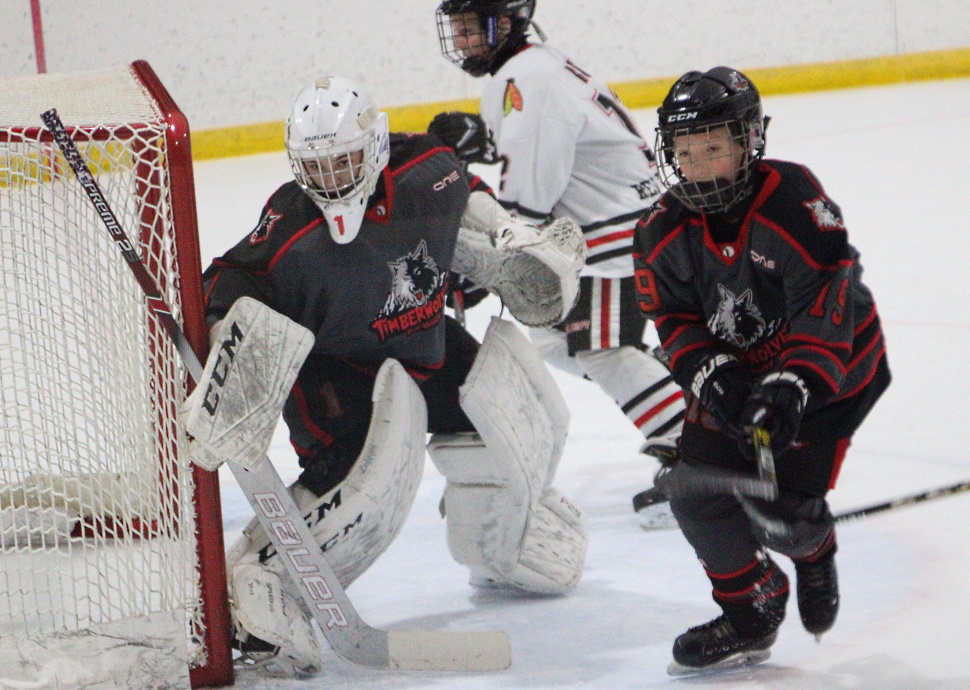 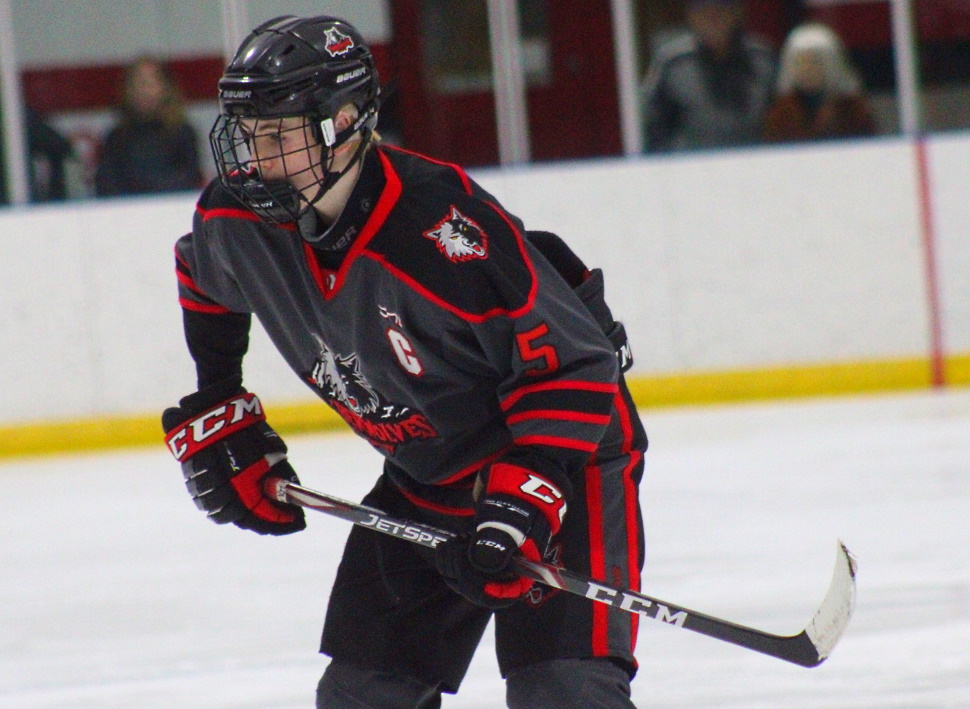