If the size of the crowd at the People's Party of Canada (PPC) event yesterday is any indication, the party is gaining a foothold in Cochrane.

A town hall with Party leader Maxime Bernier and Banff-Airdrie candidate Nadine Wellwood attracted over 300 people, about 140 per cent more than a similar visit during the 2019 federal election. The audience was vocal, fed up, and outright angry, particularly with how governments and organizations have started to dictate mandatory immunizations against COVID-19.

Bernier says they are not anti-vaccine, they are pro-choice.

Bernier and Wellwood also attacked the inefficiencies of large government and spoke of ways the PPC would reduce its size and reel in spending.

That includes cutting off funding to the Canadian Broadcasting Corporation and subsidies to newspapers, which drew a loud, supportive response almost equal to that of any mention of vaccines.

The PPC has the same platform as in the 2019 election.

"We are running on the same platform that we ran in 2019, and that will be the next one in 2025 because we are doing politics differently based on principles and strong conservative values."

There is one exception.

Bernier says he feels at home in Alberta.

"I was in Alberta before they launched the campaign, so it's my second home. I like it, we share the same views and the same values. Before that, I was in New Brunswick and Ontario, and I can tell you I can feel a momentum for us. We'll see what happens on Sept. 20th, but I believe it will be good news for the PPC."

The PPC has 331 candidates, and despite being largely ignored by the mainstream media, Bernier says they are striking a chord with Canadians.

"We're doing rallies, we have people that are coming, and more people now know us from social media. We have great candidates and actually, we have 331 candidates now. We have more than the Green Party, more than the NDP, so we are a really strong national party, and I'm very happy with that."

Wellwood says having Bernier visit her riding was a strong show of support for her candidacy after having been asked to step aside by independent candidate Derek Sloan.

"The issues today are really about whether the government choices to make decisions on our behalf, or whether we're free to make those decisions ourselves," says Wellwood." I think Max taking the time to come here, especially now more than ever in this riding, just representatives his confidence and his faith in Albertans, and he's demonstrating that a little bit maybe in this riding through myself as the candidate."

Carla McPike spoke in advance of Wellwood and Bernier on the impact of COVID protocols on youth. She says it's dealing a hard blow, left them screaming, and expressed concern for their mental well-being, including her son and daughter.

"He got to the point where he wasn't talking to us about COVID. We offered every solution. We have to live a normal life. We had to take up different activities, skiing instead of hockey, but we can afford it. Not everybody can walk away from these things. Not everybody can go with their lives."

Her daughter is entering her senior year at St. Timothy High School, where, unlike Rocky View Schools, will require the use of masks when they return to classes in the fall.

McPike saluted Rocky View Schools, but encourage parents to write letters to Calgary Catholic School District officials to voice opposition and to discuss the issue with other parents.

"I don't care if you've taken the vaccine. This is about freedom."

In his presentation, Retired Warrant Officer Lloyd Leugner called the requirement of Canadians to take a vaccine to travel their own country an absolute breach of freedom.

Bernier chose Cochrane and the Banff-Airdrie constituency as his first stop in Alberta in the current federal campaign. That evening, he spoke in a similar event in Airdrie. 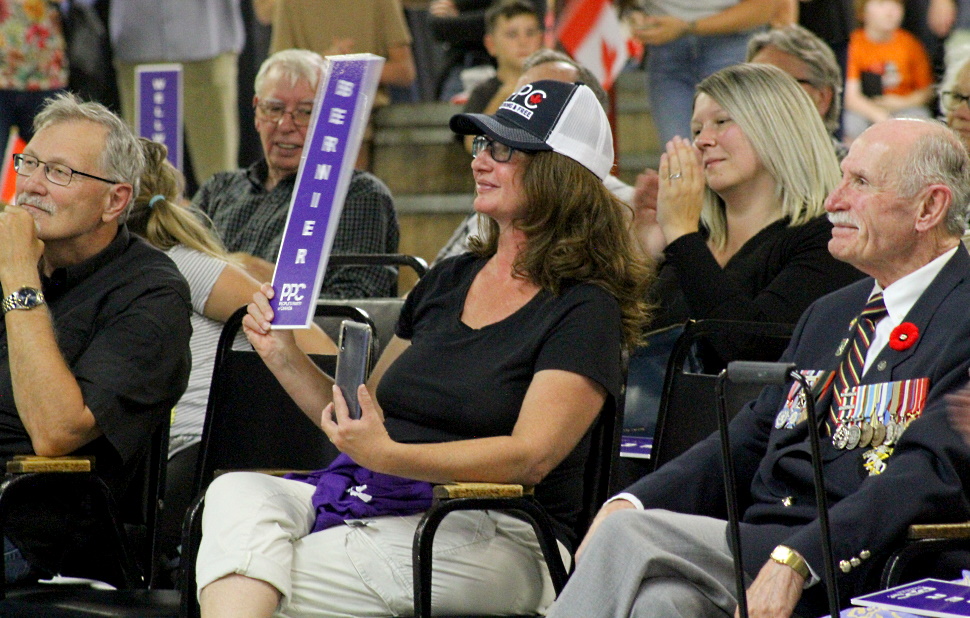 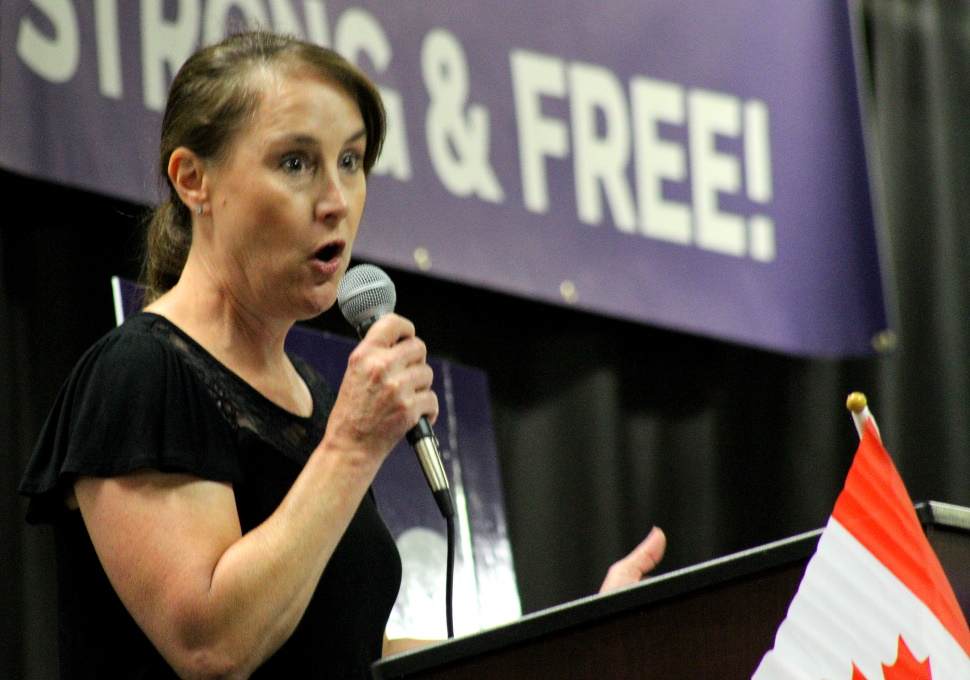 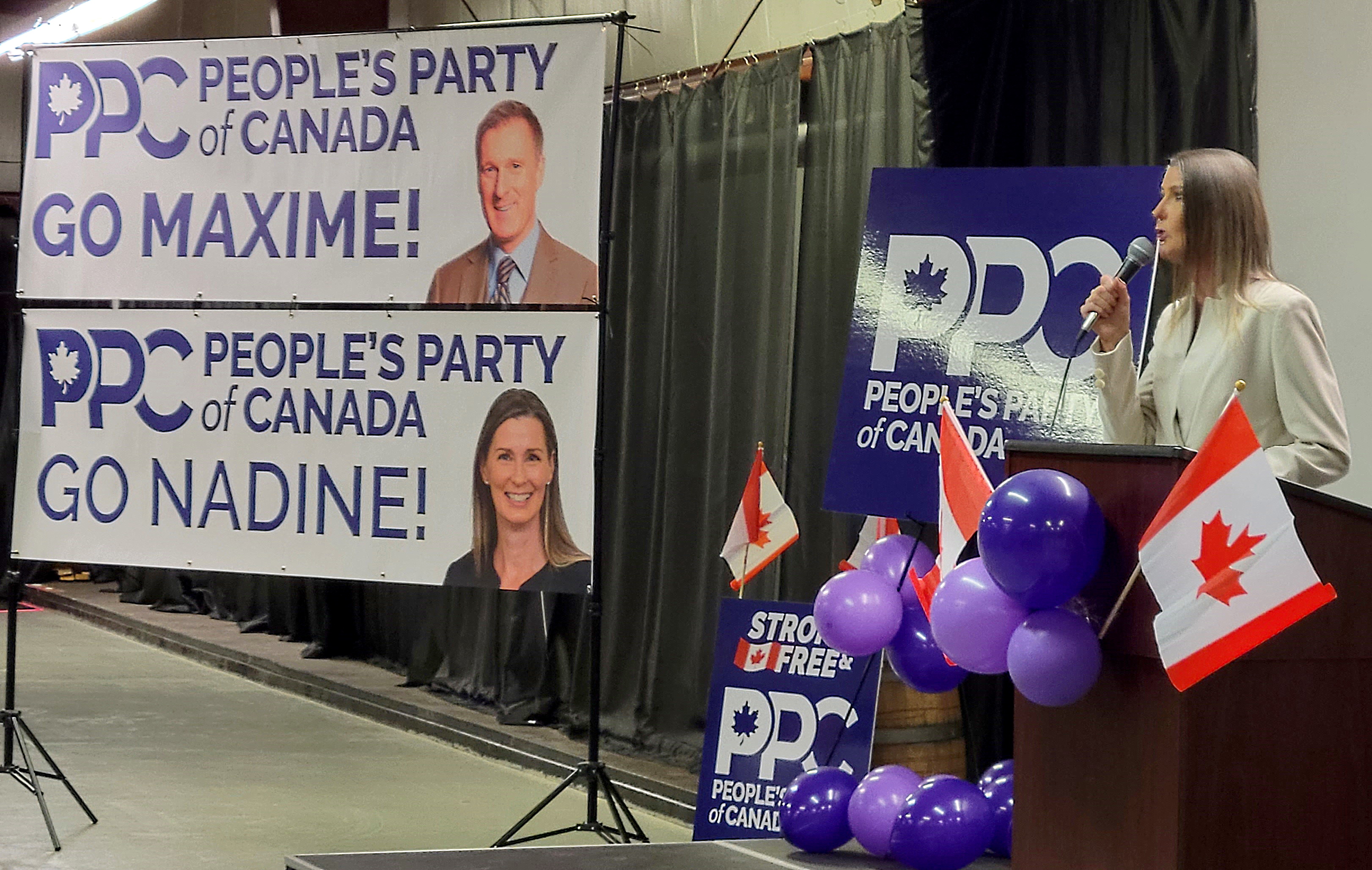 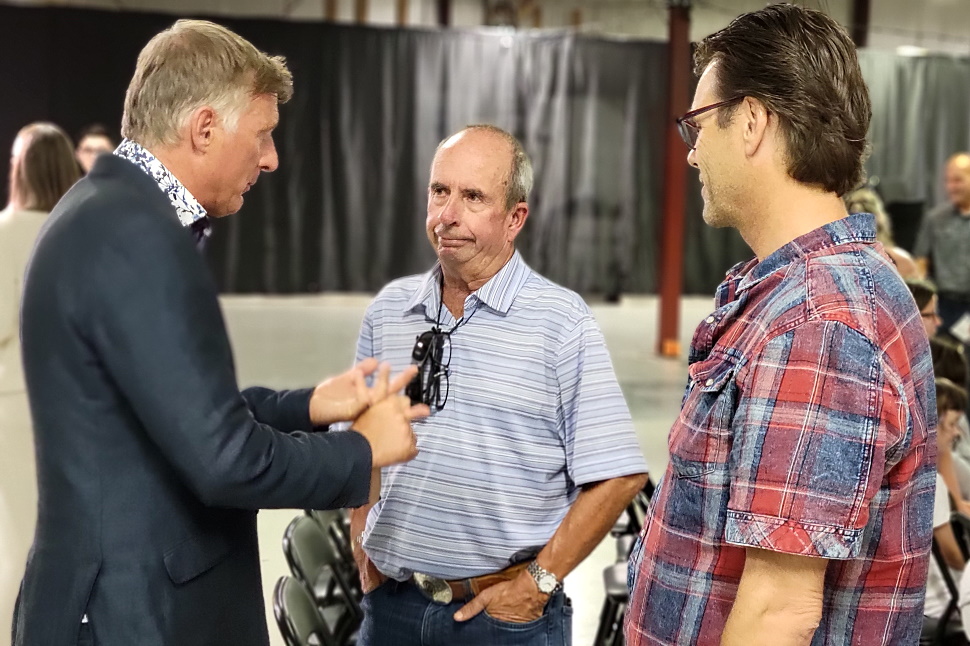 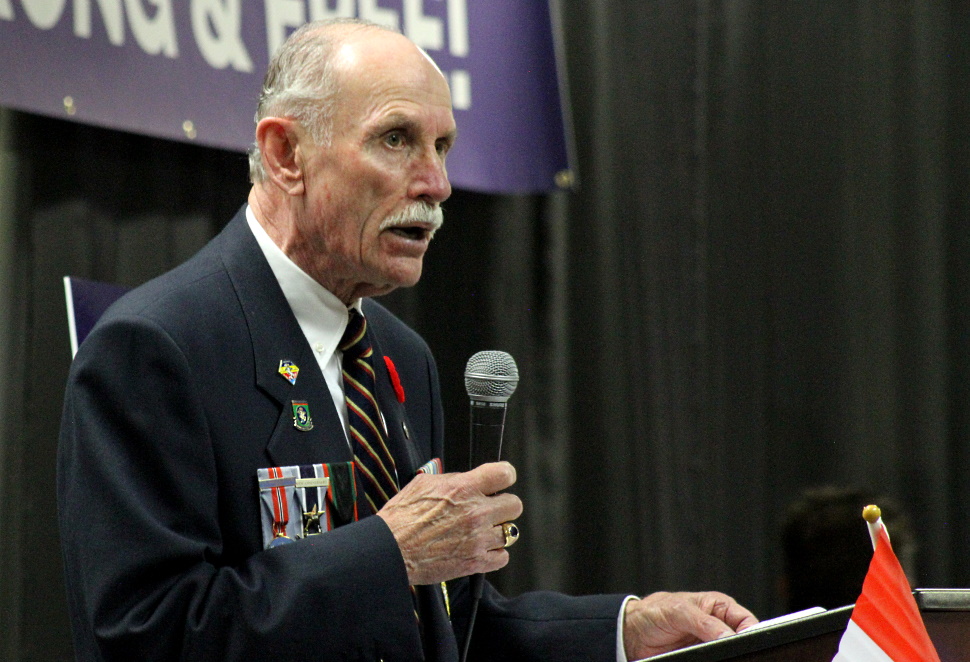