All three Cochrane minor football teams are experiencing their highest registration ever and are deep into their preparations for the season ahead.

Both the Cochrane Lions peewee and bantam teams have their season openers this Saturday and played in their respective league jamborees last weekend. The atoms team's regular season gets underway in a few weeks.

"We have the highest numbers that we've ever had," says Paul Vallaincourt, former vice-president and interim coach for the atoms.

He says having activities for kids after the pandemic is just one of the reasons for the high numbers.

"I think it's the love of football and the fact that football is safer than ever for kids. We have a good program and good reputation in town for fun and safety," he says.

"Those are the benefits of having that community program feeding into the high schools and I think every program has better numbers this year. I think it all works together."

Vaillancourt has been coaching for over 25 years. After stepping away from the bantam program he became the Lions coach director. Serving as interim atoms coach was an unexpected hiccup, but he expects to be finished there within a few weeks to make room for the new head coach.

Over the years, he's found coaching to be a rewarding experience.

"If you have a good influence on the guys, not only as football players but as young men, I think that's how you measure success."

The bantams open their season against the Mavericks.

"We're looking really strong," says Gelinas. "Last year I thought we had a really strong team but I think we actually might be a little bit stronger this year. We have a lot more depth and had a lot more kids register this year through all the levels. The numbers are up, which is fantastic. It just makes the program a lot better when you get more kids out."

The peewees open their season against the Rebels.

They have 48 players, 45 on their roster, and a few practice players. Half of their players are new to peewees.

"It should be a good game," says head coach Tyler Zunti. "Hopefully, we come out on the winning end."

He says last Saturday's jamboree was a good learning experience for the players moving up from atoms and also provided the coaches a little insight into where to place their players.

"As a team, we're ahead of where we were last year when finished. We're just further along on the season. I think part of that is we took a year off. Kids didn't play football for a year, and they didn't have any contact for a year, so it took a year for them to get readjusted."

All Cochrane minor ball teams didn't enter into league play in 2020 during the peak of COVID. Instead, the peewees opted to play in-house five-on-five flag football and wrapped up the season with a fun tourney for bragging rights. 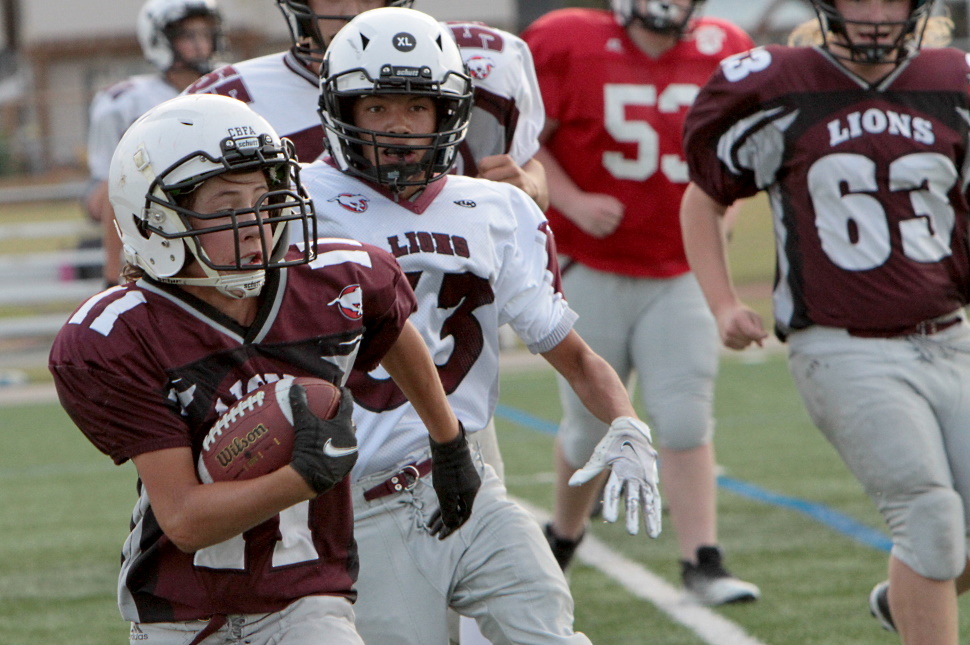 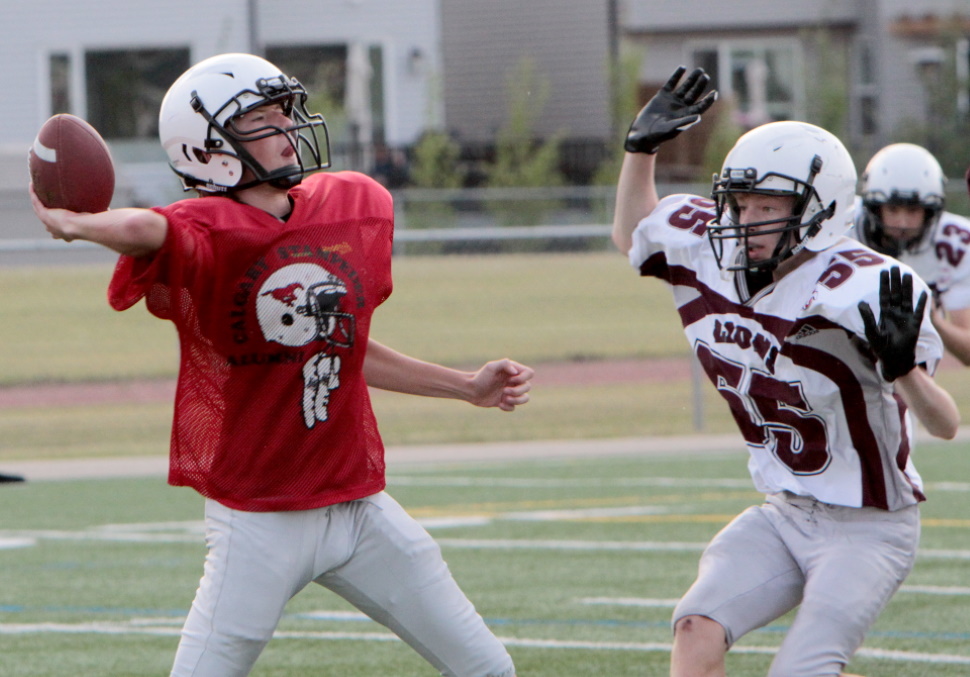