Approximately 30 people braved the inclement weather to attend the Cochrane Legion's commemoration ceremony to the late Queen Elizabeth II on Monday, September 19, 2022, at the Cochrane Cenotaph.

Loyal and patriotic followers of Her Majesty felt compelled to attend and show their respect to the only Queen they had ever known.

Janet Faynor, Executive Secretary with Cochrane Legion, says, "As many have said, the only Queen I have ever known. And I'm accompanied by two other ladies who are the same mindset. That was our Queen the only Queen, it's going to be an interesting future."

The ceremony saw Royal Canadian Legion flagbearers, the singing O Canada, two minutes of silence, Mayor Jeff Genung laying a wreath at the Cenotaph, and finished with the singing of God Save the King.

Carolin Crofts and Jennifer Crofts attended the ceremony and laid flowers at the cenotaph in honour of Queen Elizabeth II.

They both felt compelled to be there and Carolin said, "I am here today to pay respect to Queen Elizabeth she was the only Queen I've ever known. Both my father-in-law and father were military and she was their Queen too. I am a royalist, for sure, she was an amazing woman a great mother, grandmother, great-grandmother a lady of integrity, and a good example to the whole world. She will be greatly missed. I'll miss her but I know King Charles will be a good King, he had a good teacher." 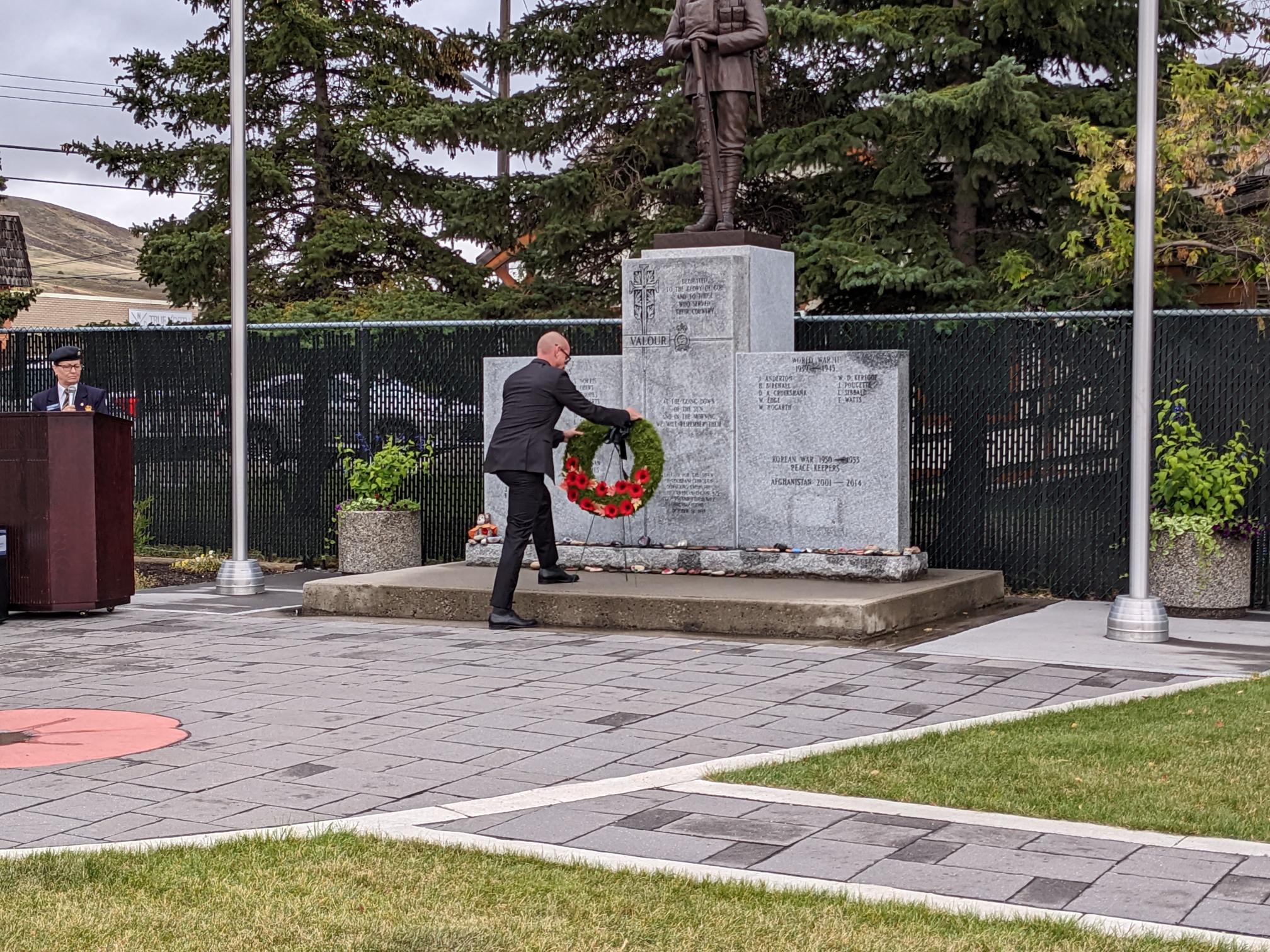 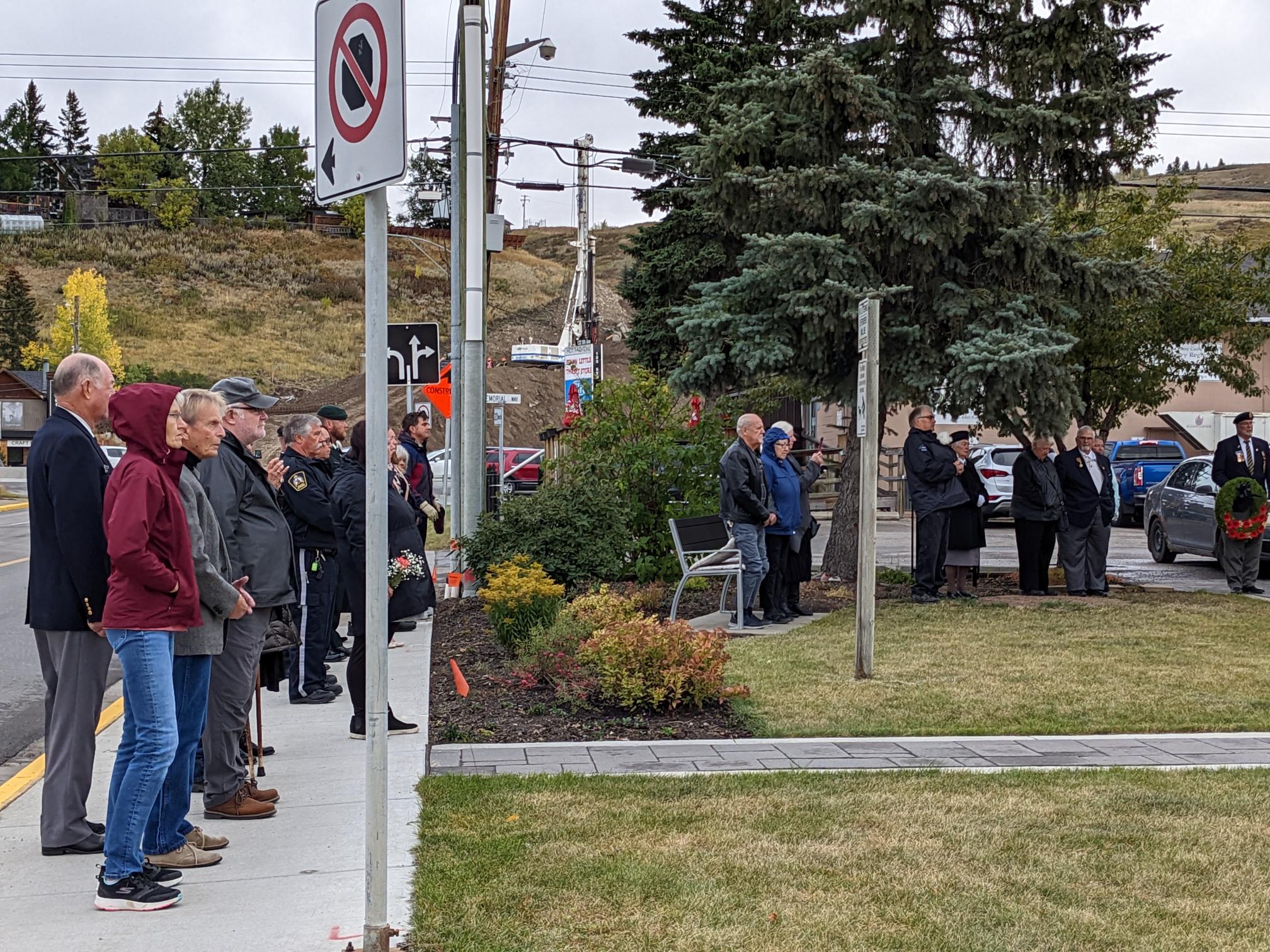 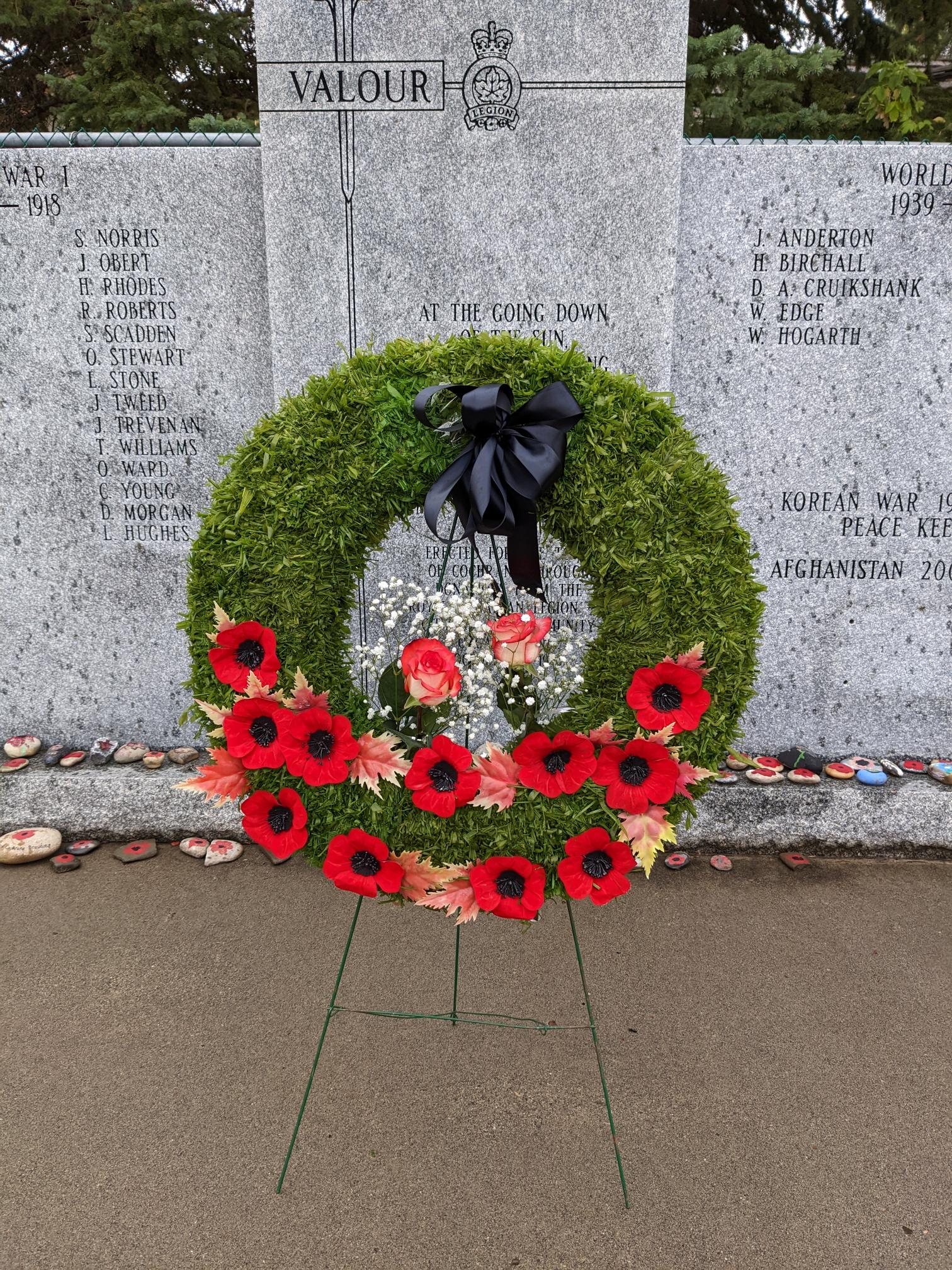 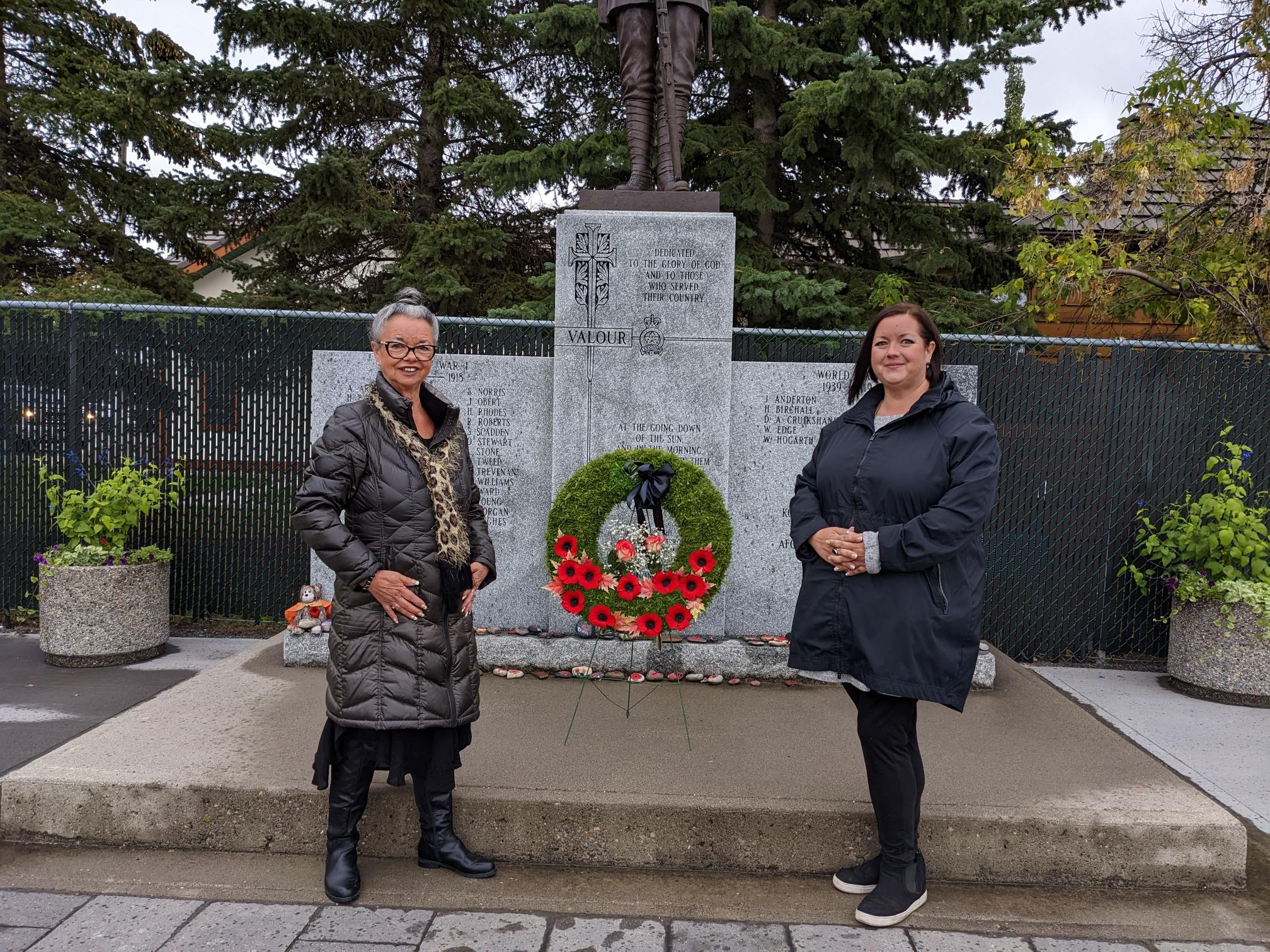 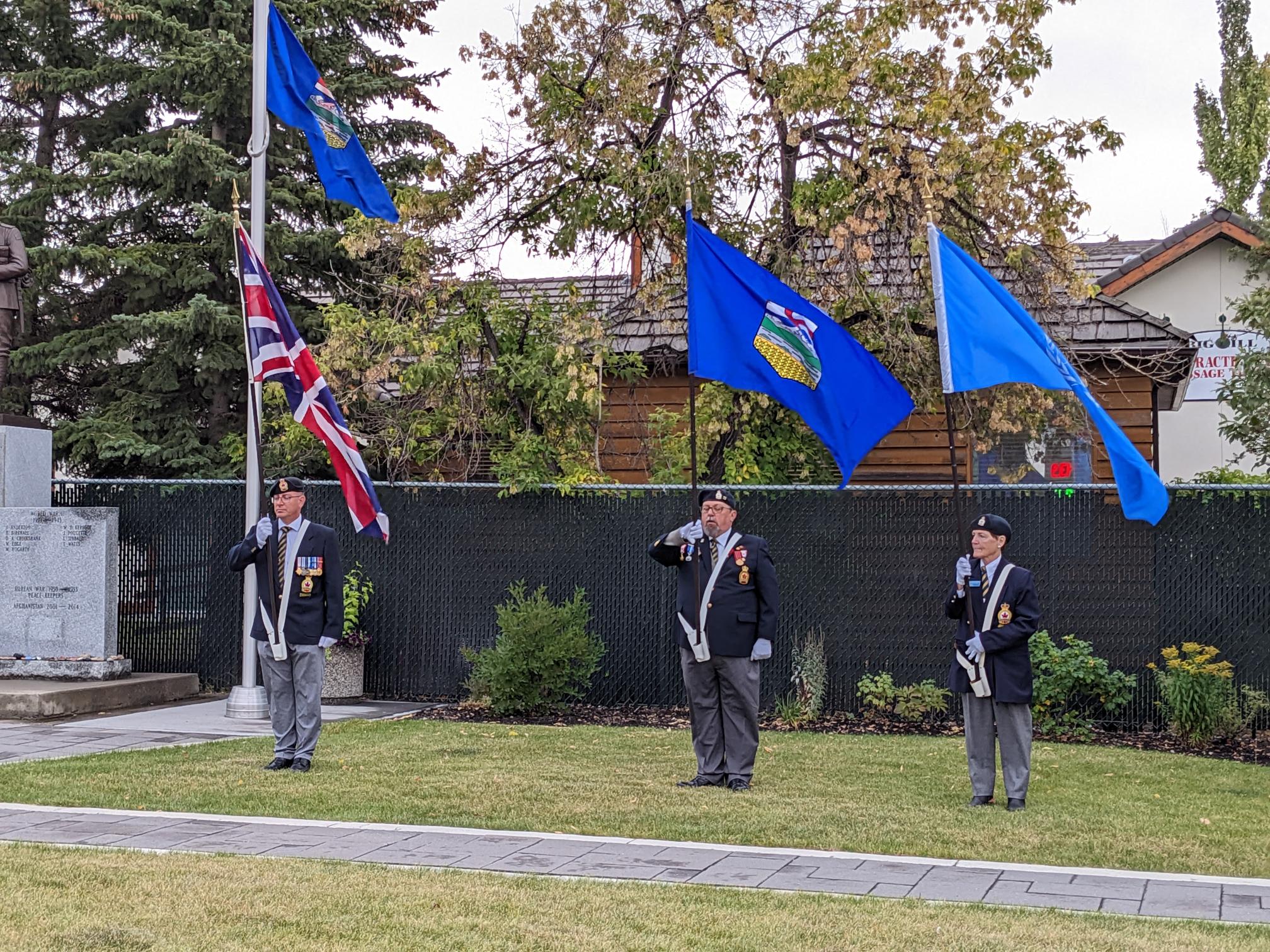