The Cochrane Rotary Club has surpassed its target of raising $125,000 for the Girl Guide Camp Jubilee by over $30,000.

At a luncheon yesterday, Rotary community chair Gary Shier presented a cheque for $157,127 to Arzmund Teja, past commissioner of the Girl Guides of Calgary & Area for the camp, located on the Bow River within the Town of Cochrane.

Anchoring the signature project of the Rotarians were three major events: a Community Builder Gala in honour of Alex Baum, the Monumental Tournament of Aces and the Cochrane Outhouse Races.

The service organization had initially presented a ceremonial cheque for $145,000 to the Girl Guides at the charity golf tournament, explained Shier. Afterward, when all the figures were crunched, the club had raised yet another $12,527.

Teja praised the Rotarians for their contribution here and elsewhere.

"I commend you for living your values and living up to what you say you will do because you are making a significant difference in the community. I am in awe."

The Rotarians decided to make the playground their signature project for the year after receiving a brief presentation from Teja.

"At the time, I had no idea what to expect out of that presentation and I am floored. The numbers keep going up. This is amazing!"

She was both amazed and thankful for the support from Cochrane area resident.

"Your community is tight and I am truly grateful for the support you have brought the Girl Guides."

Grounds of Camp Jubilee were heavily impacted by the flood of 2013. They have rebuilt low ropes and a teen adventure course. An additional $800,000-plus has to be raised to complete a natural playground and ampitheatre.

She says the Rotarians' is the largest yet towards the next phase of the project and has kick-started the drive to finish the work. She says they have a ways to go in their fundraising but are determined to cross the finish line. 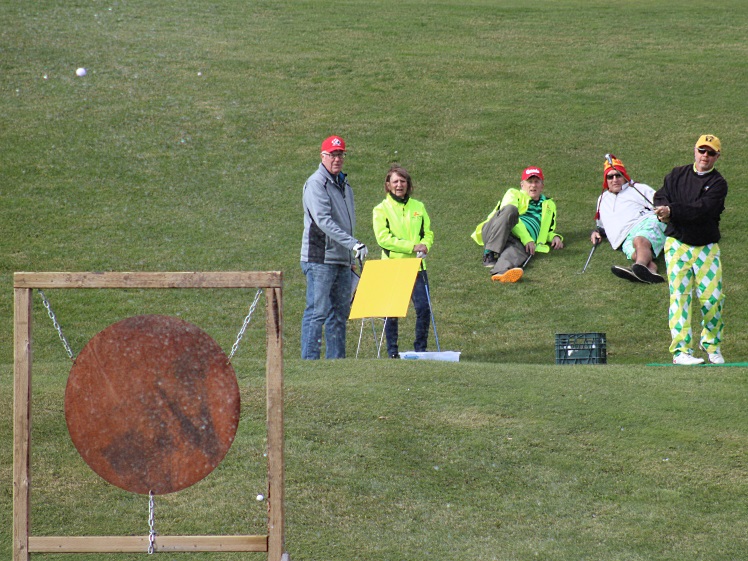 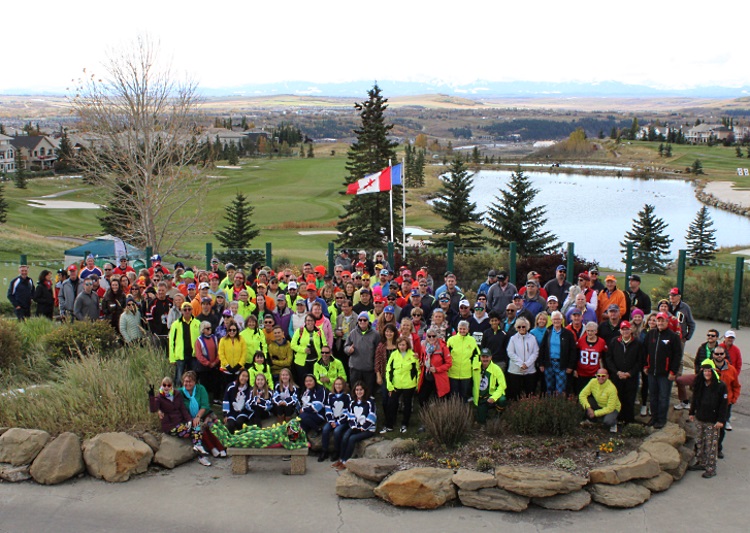 The gang's all here. Another highly successful Monumental Tournament of Aces. 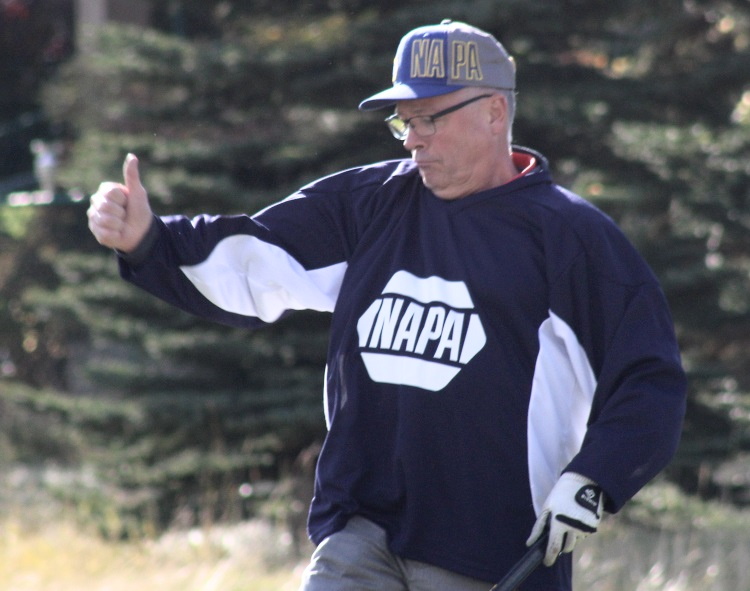 Gerry Jackson of NAPA Auto Parts celebrates a goal at the hockey hole. 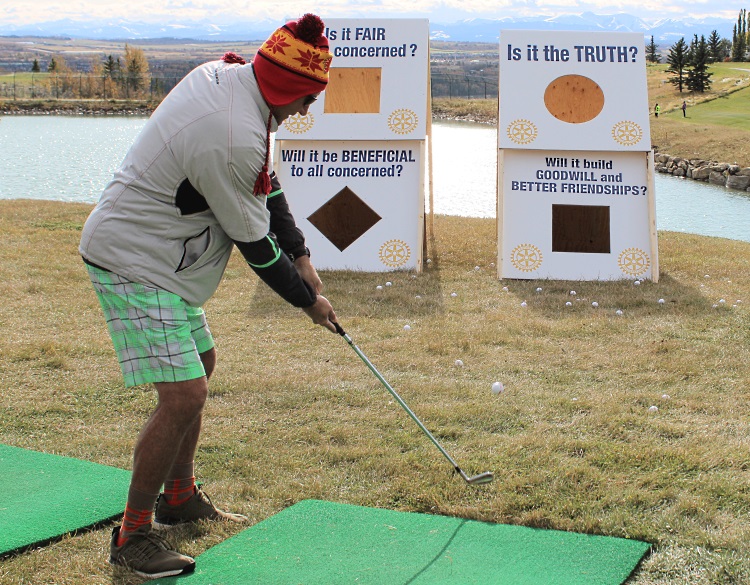 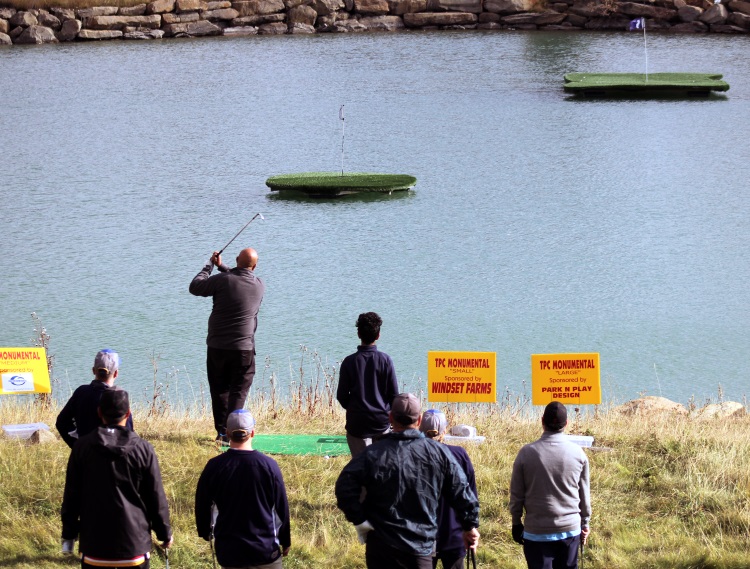 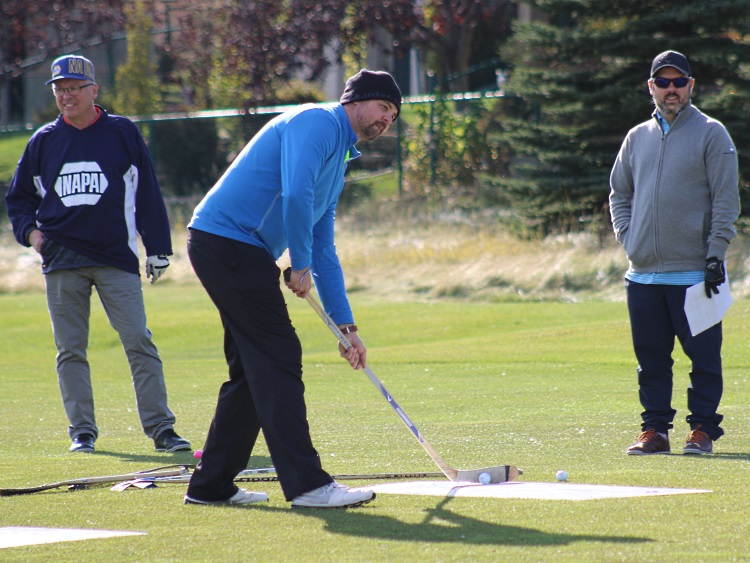 Wildrose Party reappears in Alberta after merger between FCP and Wexit

Want to train dogs for a living? World-class training course coming to Cochrane