Cochrane High graduate Skylar Sieben has been named U20 female athlete of the year by Athletics Alberta.

Now entering her third year competing for the Wildcats at the Univeristy of Arizona, Sieben says she has always wanted to win one of their awards and was thrilled to be recognized for her 2019 season.

"I am so thankful and grateful for that," says Sieben. "I have been working towards achieving one of those awards for multiple years, and I was just never able to be the last one standing."

"In the past it had only been nominations, which is still such an incredible feeling to even be nominated for one of the those awards. Finally winning it is awesome."

She competes in heptathlon, which demands athlete skills in seven different track and field disciplines:  hurdles, high jump, shot put, long jump, javelin throw and both the 200 and 800m run.

In 2019, she was ranked number one in Canada in her age group for heptathlon. That same year she competed for Canada at the FISU university games, where she finished 12th in the world.

In her sophomore season with the Wildcats, she made five appearances during the 2020 indoor season before the balance of the season was canceled due to COVID-19. She won the silver medal In pentathlon in the Mountain Pacific Sports Federation Track and Field Championship, and sixth at the Texas Tech Invitational. She was just shy of making the US indoor nationals, that, in the end, were cancelled.

Because of the pandemic, the outdoor season was a no-go.

She returned home for the summer the first week in May. After the mandatory two week quarantine, she has continued to work out but hasn't been on a track since March.

That opportunity may come shortly. She says Sept. 15th is the tentative date for the return to training at the University of Arizona.

"I cannot wait to get my feet back on that track," she says.

Beyond the physical demands of her athletic disciplines, there's been many mental challenges through the pandemic.

"Having to be on my own I've had to adapt the way of I think of it, and the goals that I've set. I had to bring them back down from technical levels to making sure I stayed in good mental health during the COVID situation. It was hard. It was really sad some times. I missed my training partners."

Keeping in touch with her training partners in both the US and Canada helped.

"We kept reassuring each other, we're super excited to get back to work with each other, and that would always just ground me, and bring me back. It reminded me that I have a job to do when I go back to school in Arizona and I can't let myself fall off.

"I knew when I got back there, we would hit the ground running and I didn't want to be left behind." 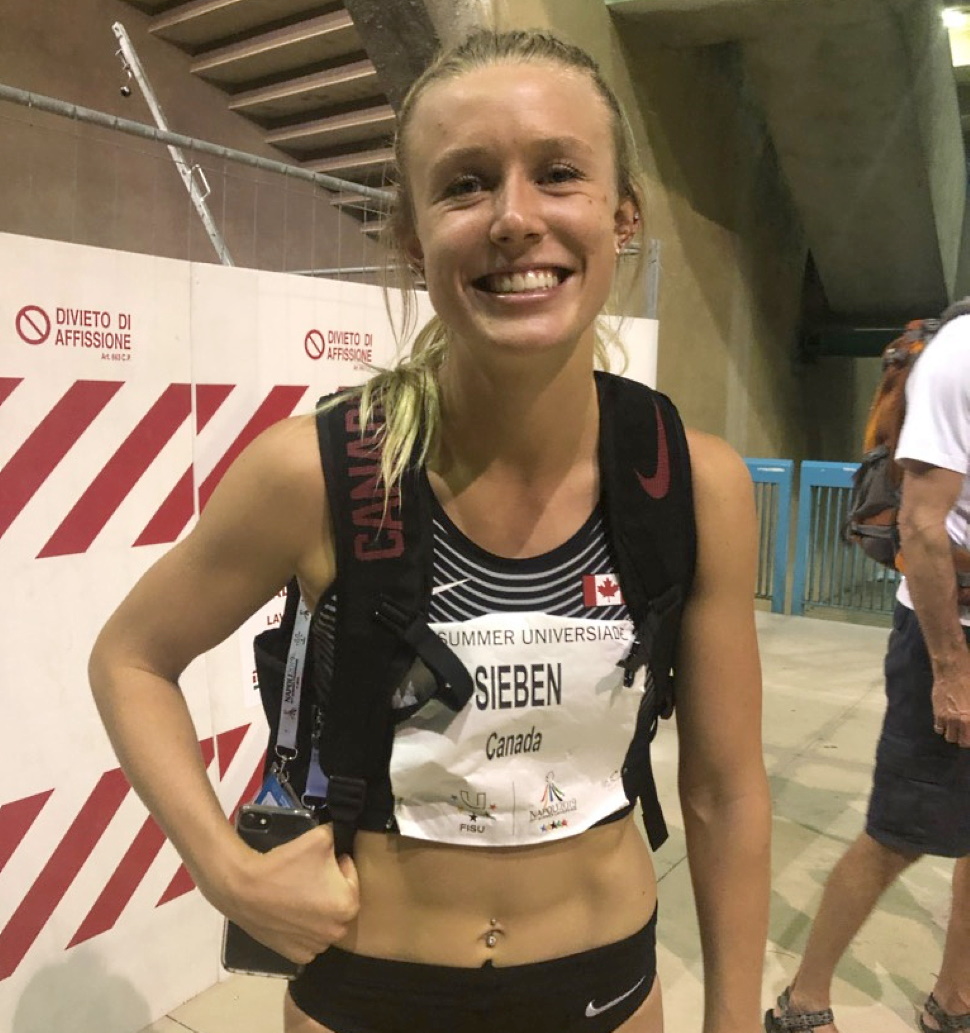 Missing Swift Current man might be in the area