The St. Timothy High School's cross-country team has been close to bringing home a 2A provincial championship for years and had to overcome the solid Strathcona-Tweedsmuir High team.

They did it this year and have become the first Cochrane high school team to win a provincial cross-country banner.

Stellar performances by all five of their athletes made it possible.

In junior boys, Caden Jones came 17th overall in a field of 68 athletes and had the second-best time of 2A runners.

Brendan Maguire and Nick Hooper were seven seconds apart, placing 12th and 13th, respectfully, in a field of 65 runners in intermediate boys. They had the second and third best 2A times.

In senior girls, Holly Moores was 11th overall and had the second-best time among 2A schools. Makenna Myatt was 28th in the field of 66 competitors.

They combined to accumulate 308 points to finish 91 points ahead of Strathcona-Tweedsmuir.

"We've been battling Strathcona-Tweedsmuir for basically the last decade to breakthrough," says head coach Travis Cummings. "We've been second so many times, so it was pretty exciting. The kids are pumped."

"It's been a goal of mine as a high school coach since I started teaching, and I'm 13 years in now.

There weren't any high school cross-country competitions last year, and when it did return the field was reduced to only the top 10 from 18 in each zone. Having five advance from the zones was step one in getting a shot at the banner. Step Two was performing on race day.

"It was probably the deepest set of provincial races I've ever seen," says Cummings. "All the races were just solid one through 30. So, even if there wasn't racing last year, clearly these kids have been putting in the work."

Step three comes when the school receives the banner and plaque. Cummings is anxious to hang it in the school gym and hopes it will be the first of many provincial cross-country titles.

Winning the provincials in their final year of high school competition was particularly special for Moore and Myatt. They were part of a strong St. Tim's immediate girls team that was City Champions in 2019, the last year of competition until now.

Holly, 17, says she's proud of how hard the team worked.

"I had no idea we were in the running for that, but everyone placed so high that we couldn't have done it without the entire team working as hard as they did."

She took an extended break from the sport this summer and only resumed training in September. Typically she trains four days a week, besides running on her own. She's also a coach with the Sparks Triathlon team.

"It's been really good. I'm happy with provincials, and I'm proud of our team."

Moores competes in track and will be playing basketball this season but says there's something special about cross-country.

"I love the hills, the scenery, and everything about cross-country."

Makenna, 17, has been part of St. Tim's cross-country team since grade 7. She appeared in the provincials in grade 10.

"It was super duper exciting to get that banner because I believe we were so close two years ago, so it was nice to get it this year. It will be cool to have my name in the gym and all that for years to come."

She says it helped to have Coach Cummings encourage them to train independently through the pandemic.

Doing so was no problem for her. She says Cochrane has a great running community and she enjoys staying in shape.

As a grade 11 student, it's Brendan Maguire's first crack at provincials in what has been a breakout season.

He says the Red Deer course was tougher than he expected, and the field was strong.

"It was a tough race, for sure. I would have wanted more, but it was good for where I'm at right now."

He's proud of the efforts made by everyone on the team.

"Everyone's been working so hard for this, and it means a lot. It shows where we're at this moment and how much work we put in. It's nice for all of us to get that back."

Also a seasoned wrestler, he's no stranger to the pressures of competition, but he wears his lucky bucket hat just in case.

"I feel like it's good luck, so I wear it, then I take it off when things get intense to remind me to get going."

He also competes in track. This summer, he won silver in the 2,000m steeplechase in the provincial age group club championships. It's like an obstacle course on the track.

"Steeple is a lot of fun. It's like the closest thing to cross-country. You go over barriers and go through water. I really like it."

That's it for the high school cross-country season. Left are the provincial and national club championships, in which many Cochrane athletes will be competing. 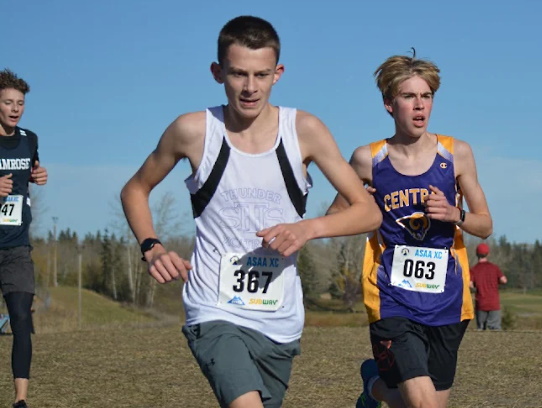 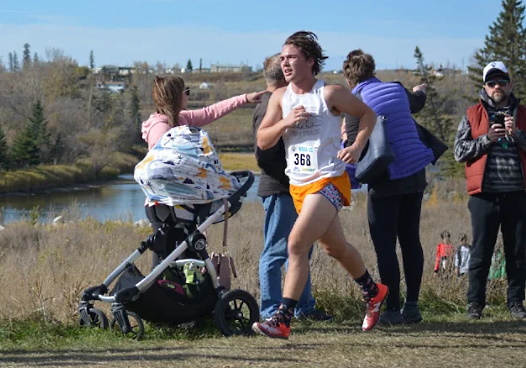 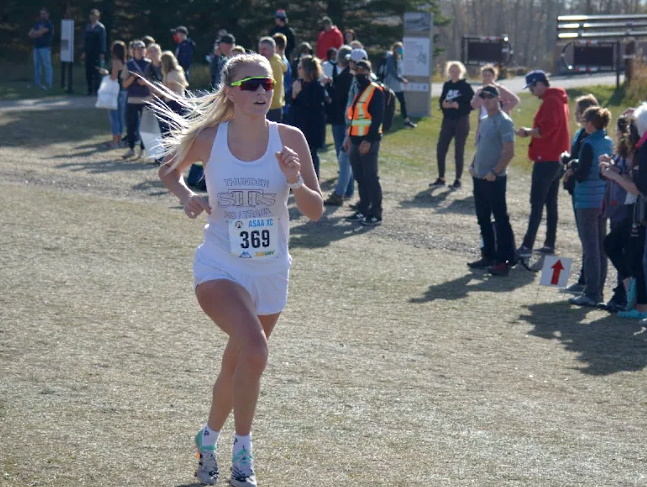 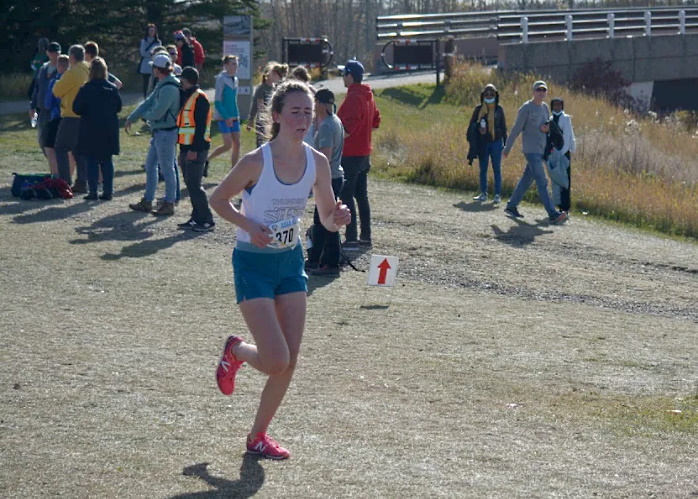 A salute to small business this week and every week