Crowds were delighted as student hockey players took to the ice to face a crew of Calgary Flames alumni, teachers, and sponsors in the annual St. Timothy High School charity hockey game, Dec. 20.

Chair Leo Keefer says a generous Cochrane community has helped the school raise about $2,000 for the Cochrane Activettes food bank.

"It's great to see all the fan support in the building again and the kids having a good time out there, as well as the teachers and guests. It was an awesome afternoon."

He says it was special to have so many Flames alumni participate.

"It was great to have those four guys out and super generous them because I know they're very busy with events at this time a year. That draws a lot more people in, and the kids were excited about it, too."

Curtis Glencross not only agreed to participate but sent out an email inviting other Flames alumni. He says Colin Patterson, Krys Kolanos, and Darryl Laplante eagerly stepped forward.

"The game gave me so much," says Glencross. "I go to as many events as I can. I love doing it, having some fun with the kids, and meeting so many good people. That's what it's all about."

Besides lacing up for charity games, Glencross, his wife Tanya and family have actively supported charities through the Curtis Glencross and Friends Foundation.  In eight years, their Glencross Roughstock Rodeo and Poker Event has raised $1.75 million in support of the Ronald McDonald House of Central Alberta, and the Hockey Alberta Foundation’s Every Kid Every Community Program.

Kaycee Bearspaw represented the students in the ceremonial faceoff, an honour he earned by raising the most funds.

It's the second year this budding hockey player has participated in the game. He says his team played well this year.

Bearspaw believes in the charitable purpose of the game. He enjoyed the opportunity to play against his teachers but especially having a chance to help keep pace with the Flames alumni.

"It's fun. They seemed different than when you see them on TV," he says.

Bearspaw is a right-winger. It's a game he's been playing since he was six. Now 12 and in grade 8, he plays bantam hockey in Cochrane Minor Hockey.

Exactly what the final score was is in question.

The teachers say they have kept their winning streak alive, though the scoreboard indicated otherwise.

"Something funny happened with the clock at the end," chuckles Keefer. "We were up by three or four and then all of a sudden we were tied. I'm going to count that as another win. We're still undefeated." 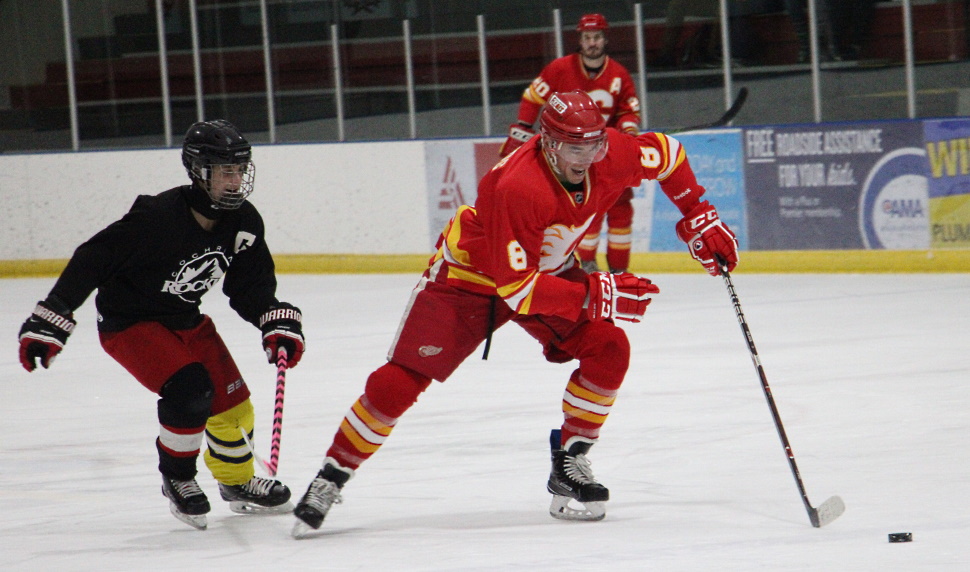 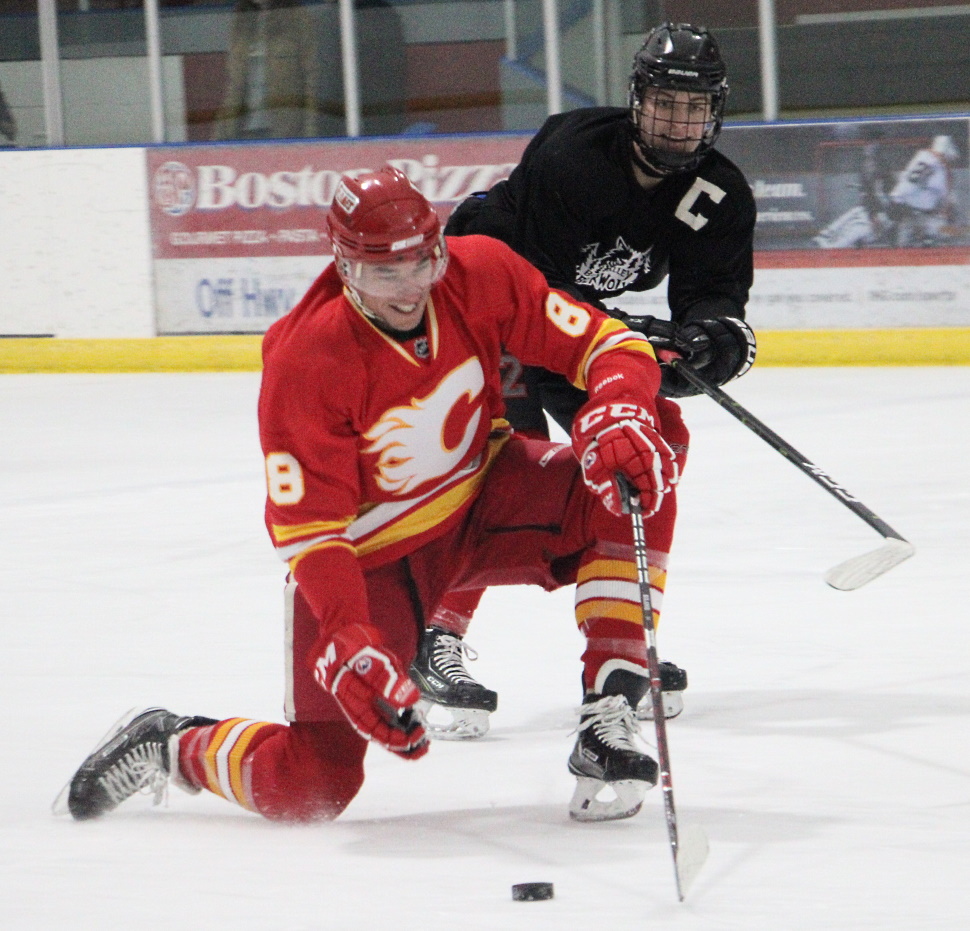 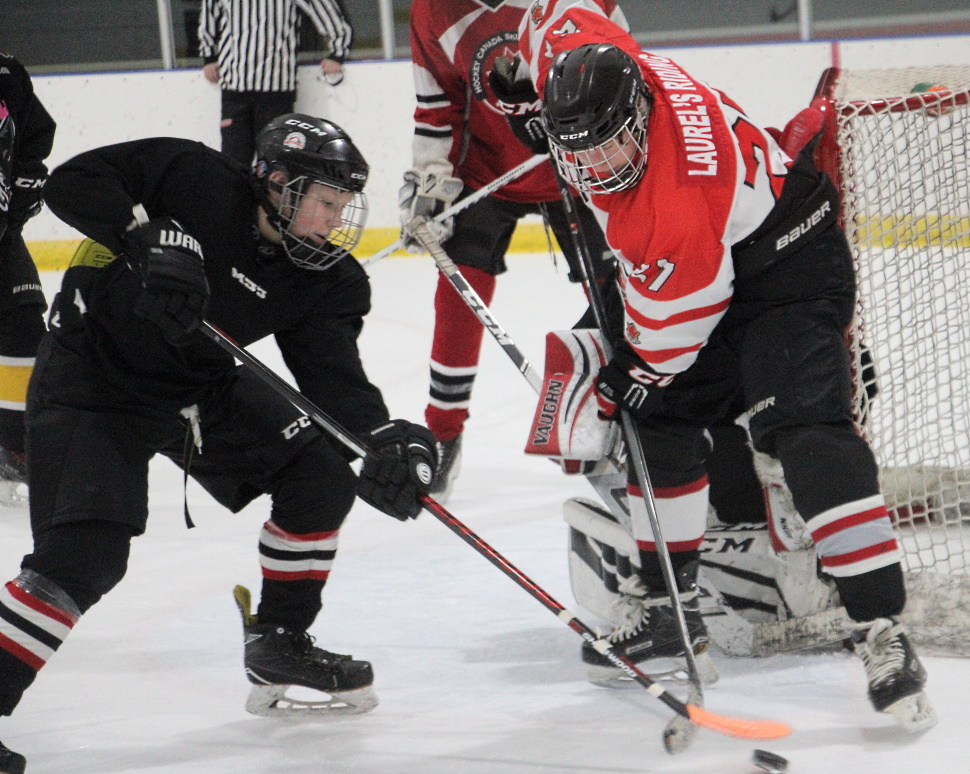 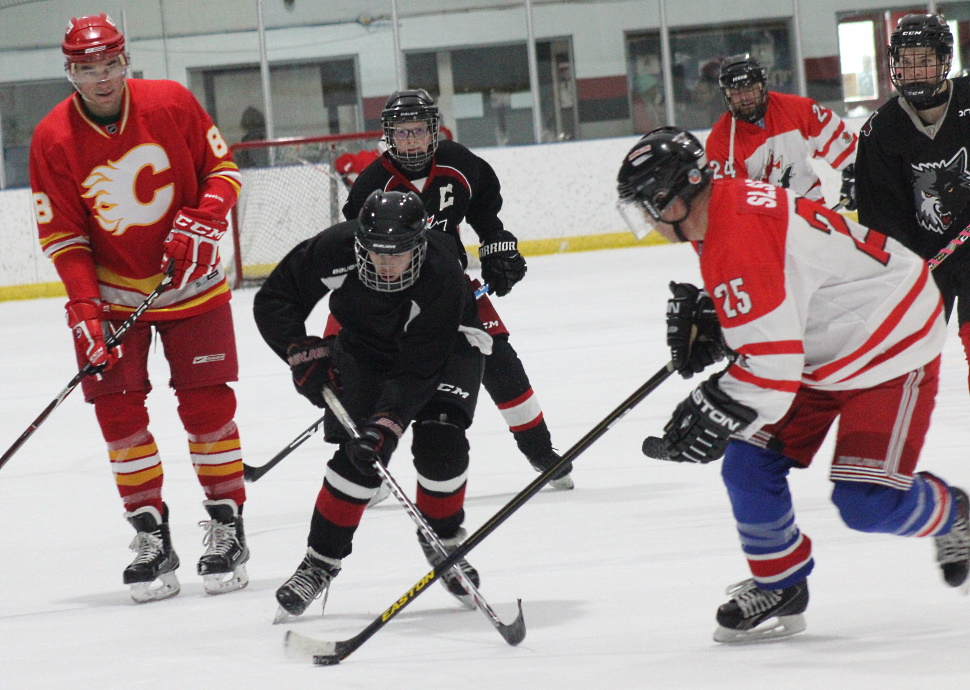 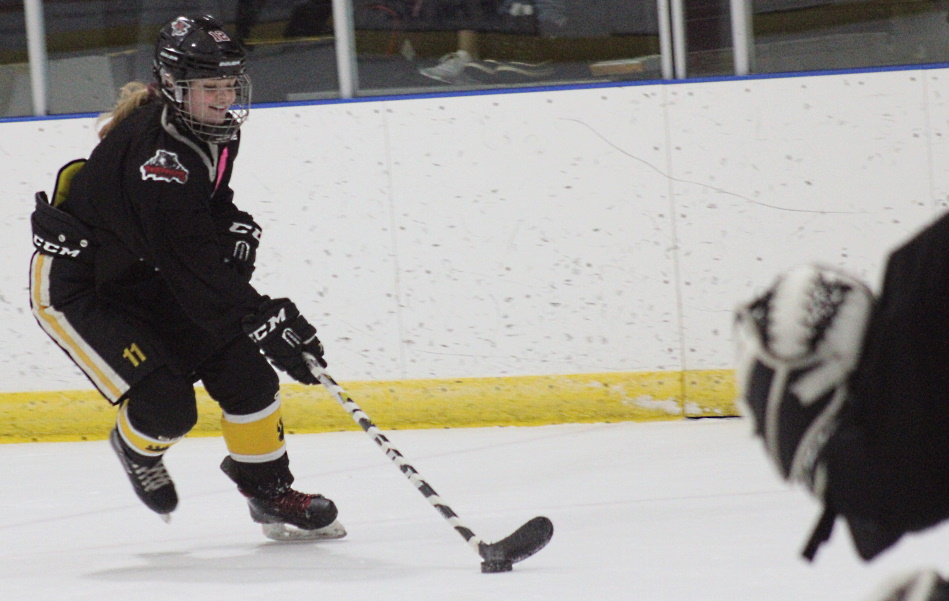 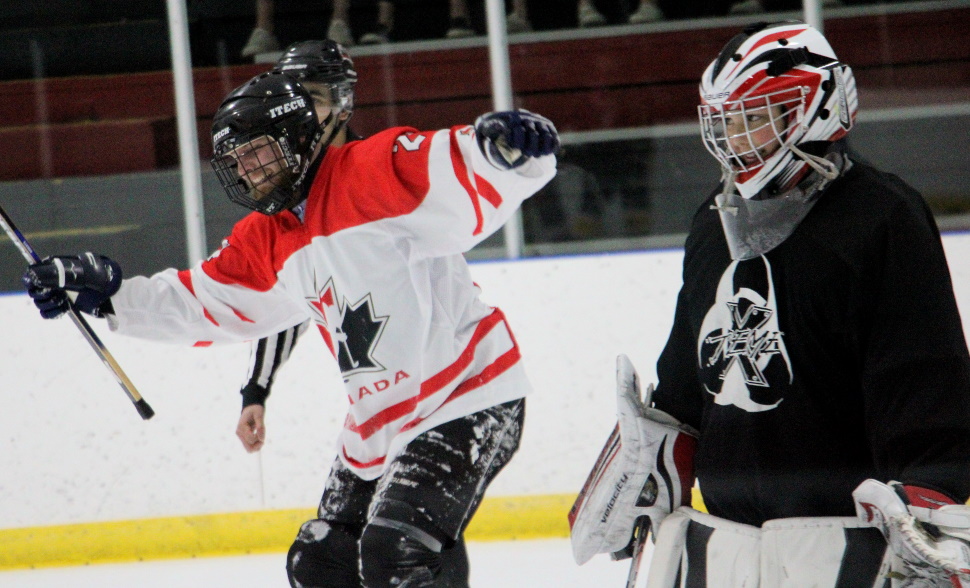 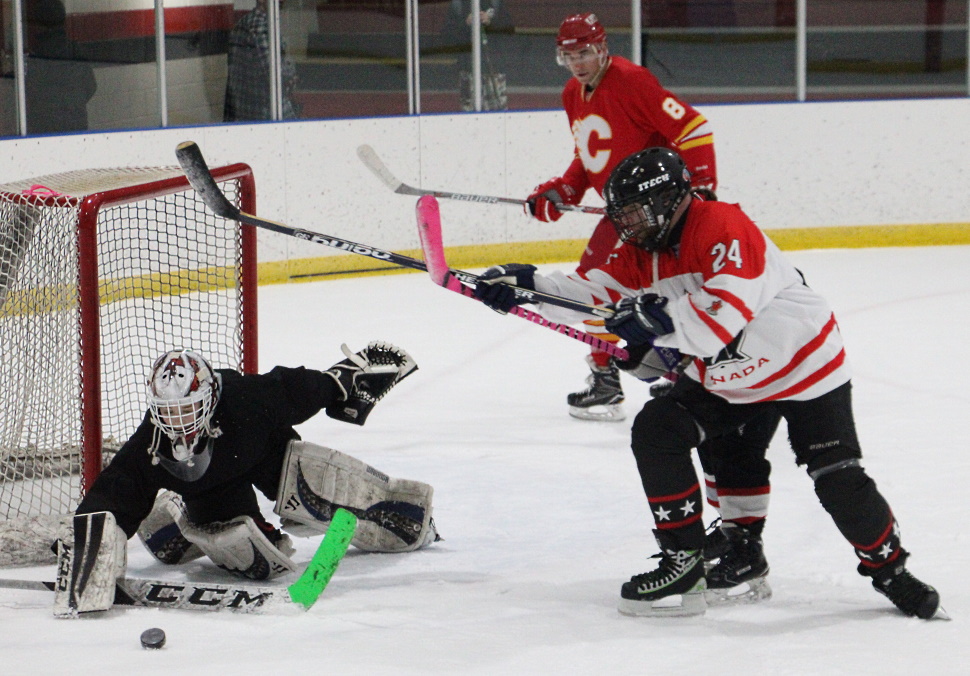 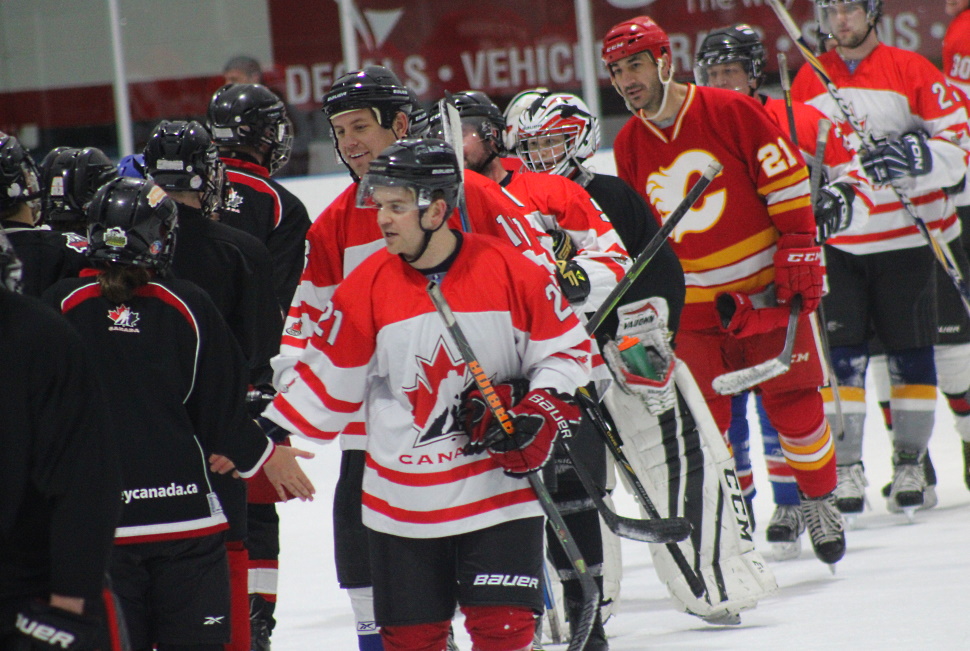 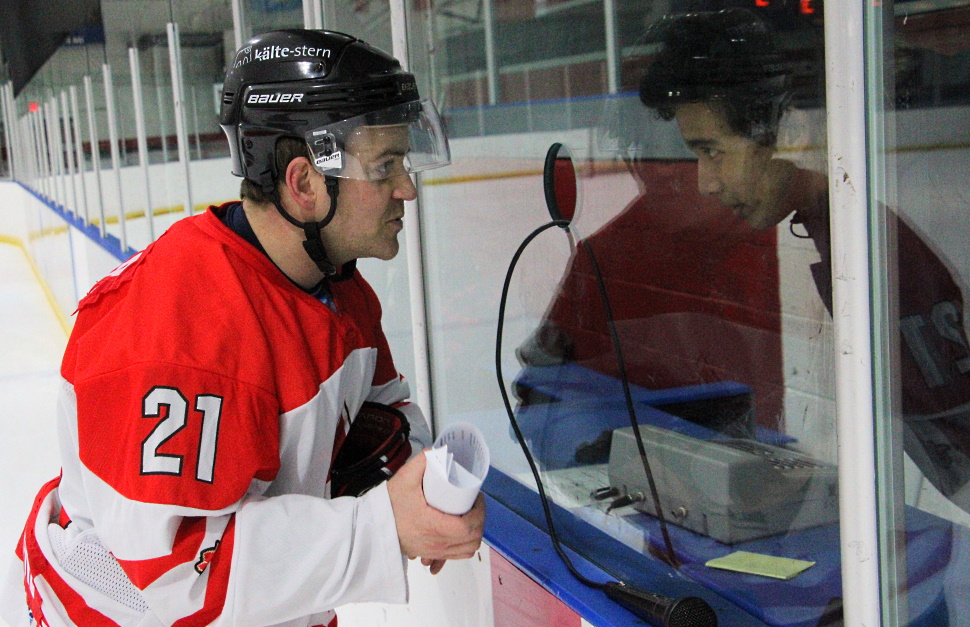 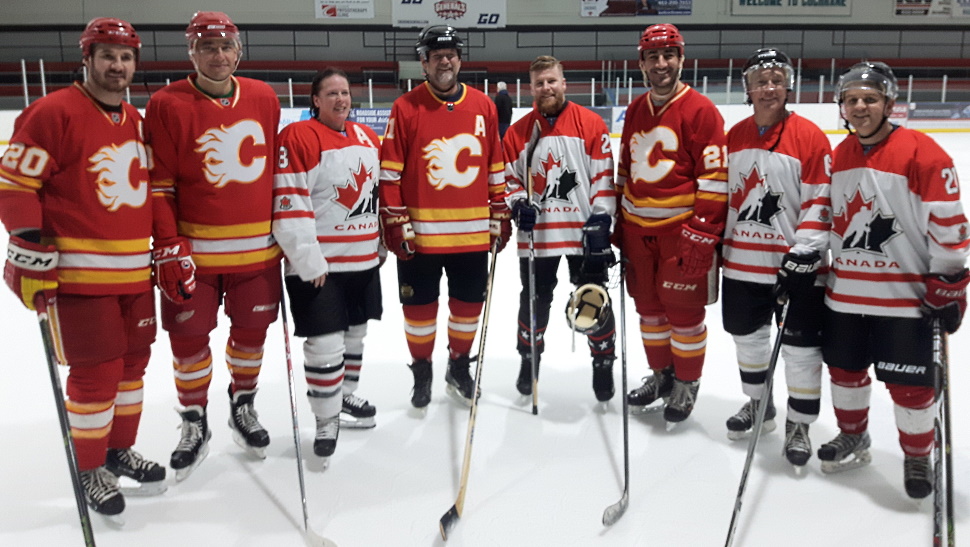