Taking a Stand Against Elder Abuse

Cochrane is coming together to take a stand against elder abuse and the message was brought to the streets, June 15.

"It All Starts With Us" was the theme of the first public elder abuse awareness event that saw about 80 people come together at the Royal Canadian Legion for a free breakfast, information presentation and walk to the "Chicken Lady" in Historic Downtown Cochrane, lead by piper (and FCSS manager) Susan Flowers and Mayor Ivan Brooker.

Sharon Moore, Cochrane seniors project facilitator for elder abuse prevention, told the crowd of about 80 people the theme appropriately emphasizes the coordinated community response that has been formulated to combat this complex and commonly hidden issue.

"We have a lot of expertise in Cochrane and it's one of the strongest communities I've ever been a part of," she said. "We have the tools, it's now how we put those tools together to work for us."

"With their help a response to elder abuse will be in place. It will ensure Cochrane continues to be a safe, respectful and supportive place for our seniors."

Multiple agencies, seniors advocacy groups as well as the general public will be working in concert to prevent and respond to elder abuse. It takes many forms from financial, psychological and neglect to physical and sexual abuse. Sadly, it's often orchestrated by family and friends the senior relies upon for assistance.

"The abuse of seniors is just abysmal. It's really hard to realize that we have to put a steering committee together to deal with the abuse of our seniors."

In her presentation she used the example of the well-publicize case of the late Mickey Rooney. The actor was abused in many ways by a 52-year old stepson who deprived him of medicine and food, depleted his financial resources and took away his basic decision-making ability.

"He felt abused, he felt betrayed, he felt helpless, and it was a family member," she explained.

And he suffered quietly, conflicted by the fact that it was a family member.

"It was friends and other family members that saw he was going down. They saw that he was not dressing properly, he was staying isolated, he wasn't returning his calls, he was embarassed  and he feared he and his wife might be hurt; he felt very threatened."

Creating awareness is just one way to combat the issues. At the heart of the matter is the need to arm people with the knowledge of how they can help.

A Cochrane-specific response manual is being prepared and possibly will be available as early as September. That will be followed by training in November, utilizing the program "It's Not Right."

They Cochrane program is also in the early stages of establishing a relationship with Calgary's Kerby Centre that will enable them to have support available 24-hours a day and help them collect data to better understand the scope of the issue.

Purple is the color to representing support and awareness and appropriately a lilac tree was planted in the community cenotaph park prior to the walk.

Moore was please with the event and hopes they are able to expand upon it even further next year.

Ready to Deal with Elder Abuse 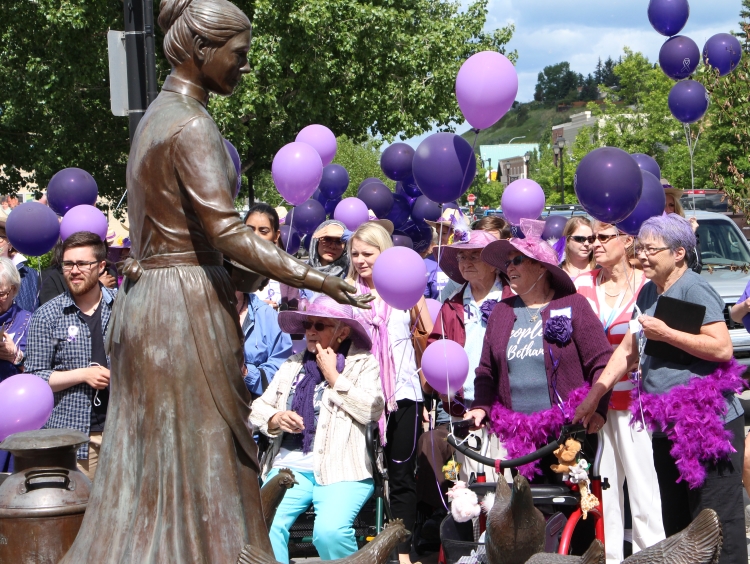 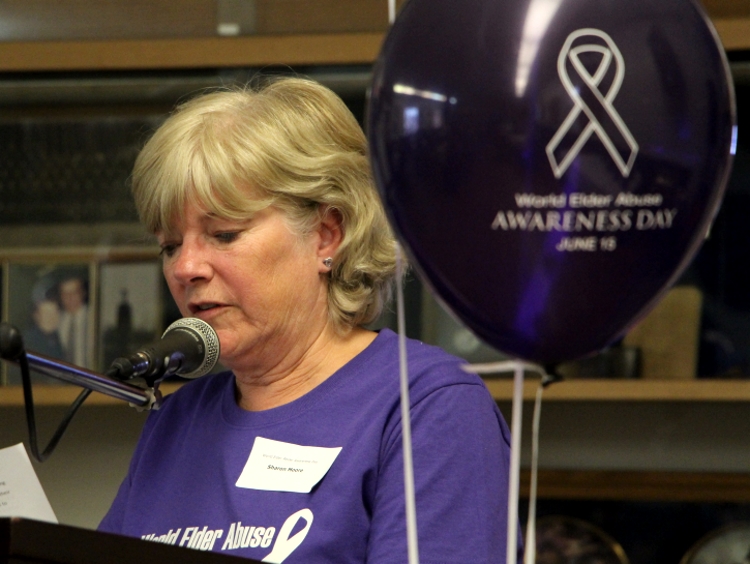 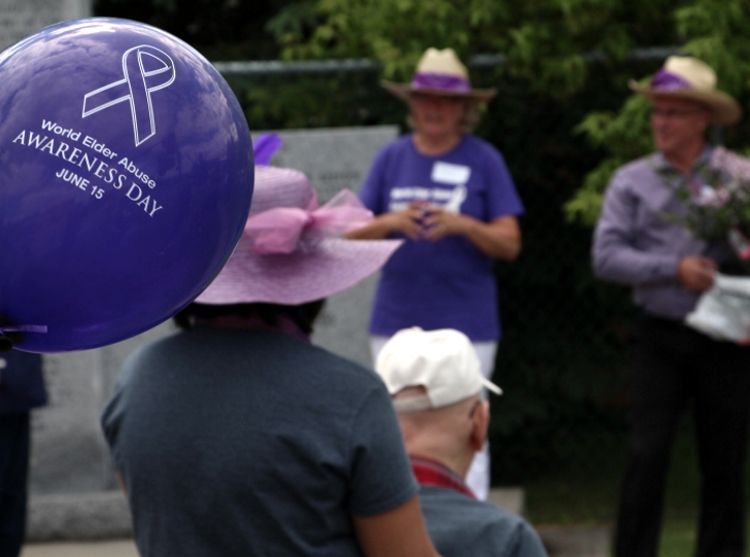 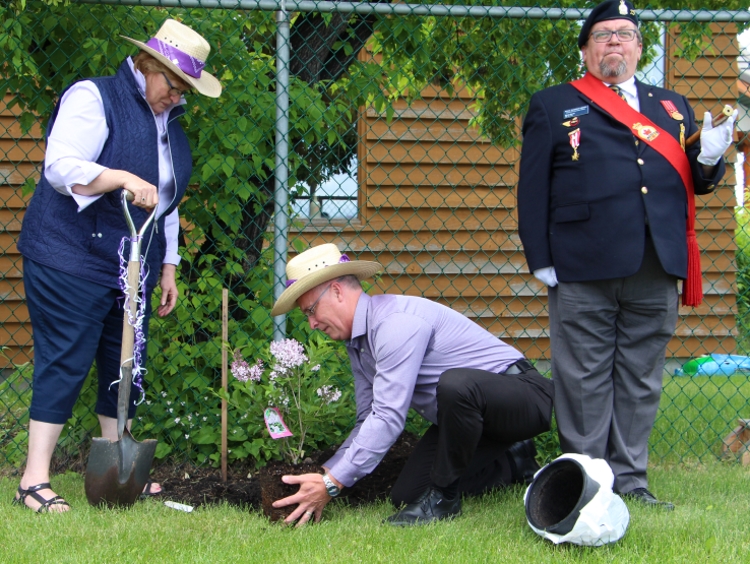 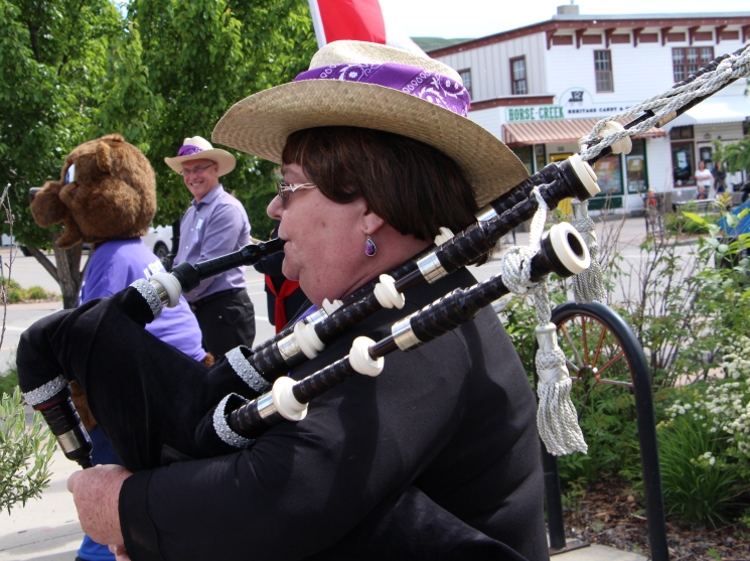 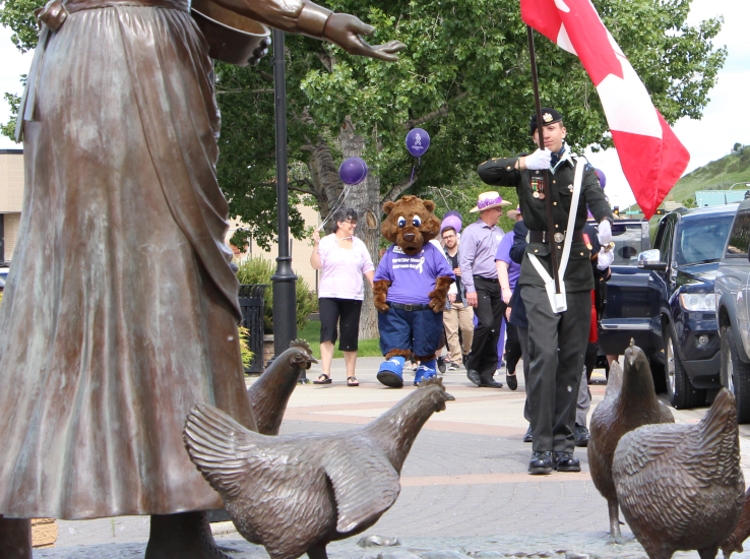 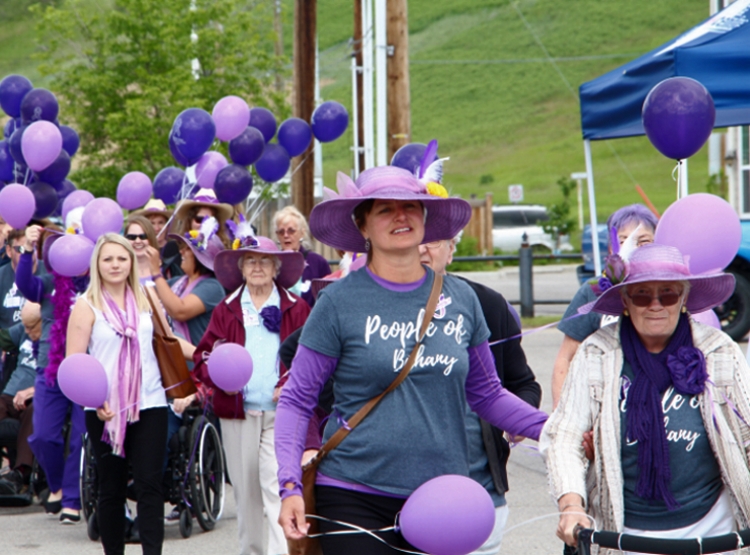 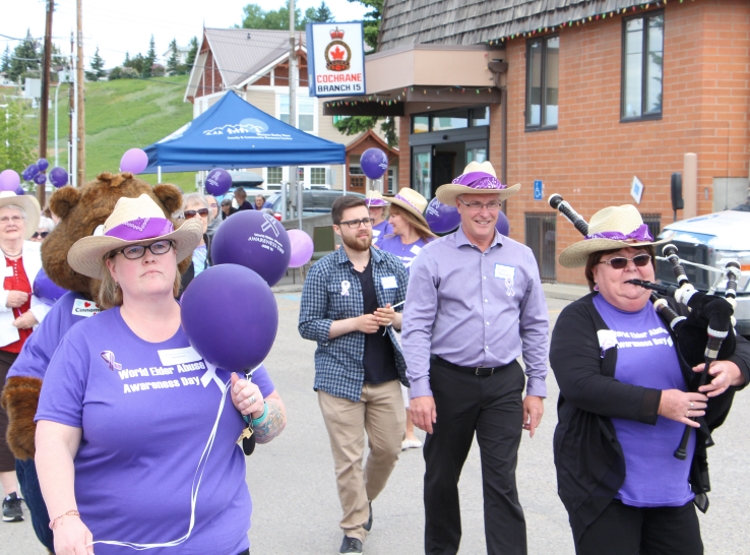 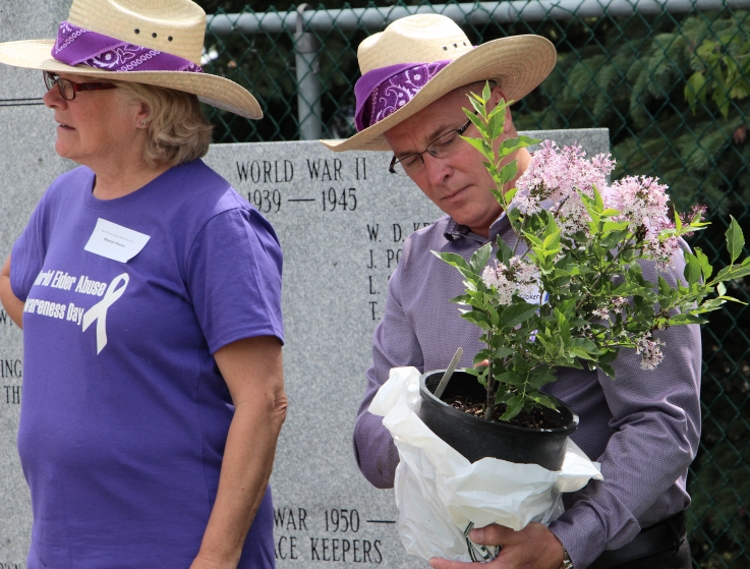 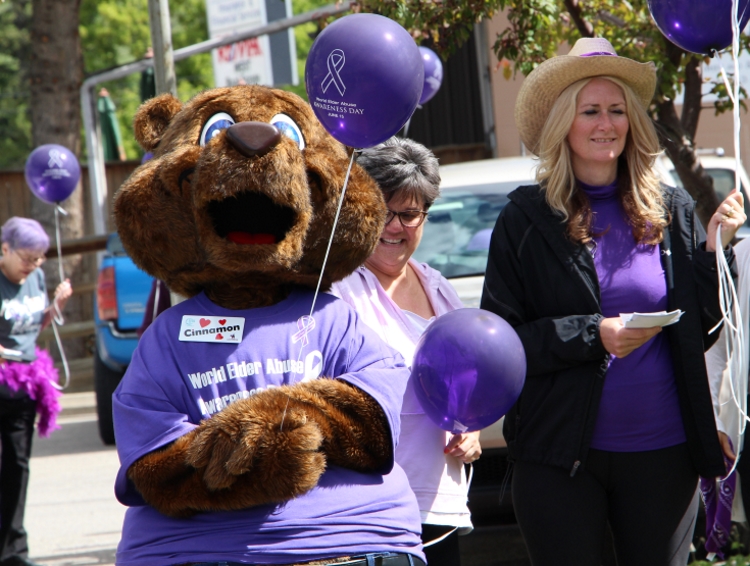 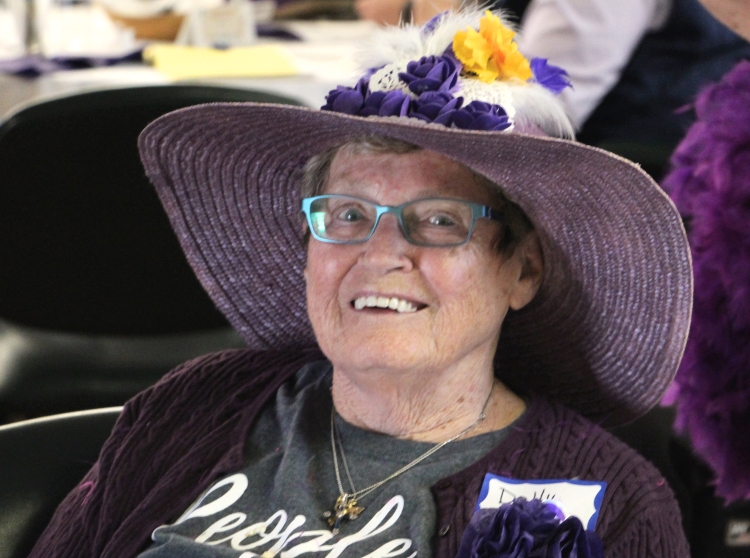