The Cochrane Cobras are back in familiar territory after playing their first game since 2019.

Football Alberta ranks them number one in tier 3 high school football after they knocked off the Bert Church Chargers 50-21 on Sept. 3 at the SLS Legacy Sports Field.

It was a tale of two brothers in the first half for the Cobras. Running back Shaun Clazie scored the first three touchdowns before his younger brother Ethan took over and put the Cobras ahead 35-7.

Shaun is the oldest of the two and entering his senior year with the team after missing out in grade 11. It's Ethan's first year with the Cobras.

Both were happy to return to play and join each other on the field for the Cobras. Both had played in the Lions minor program. Shaun started in peewees and Ethan with the atoms program.

"I thought it was pretty good," says Shaun. "It started a bit slow, though, with penalties but picked up."

"We want to take it all the way to the provincials and continue the streak."

The Cobras hold the Alberta high school record for winning six consecutive provincial championships. They are aspiring to make it seven straight this season.

The Cobras were a little chippy in the early going but reeled in the penalties as the game progress.

"Obviously it's our first game of the season, and we know that there's going to be some ups and downs, but I'm just really excited with how our guys play," says defensive coordinator Tom Knitter.  "Anytime you can walk away with a win, you've got to be happy about that."

In the second game of the doubleheader, the Chestermere Lakers grabbed an early lead and shut out the Bow Valley Bobcats, 31-0.

The Bobcats and Cobras meet Friday at the SLS Sports Field. Kick-off is 7 p.m. 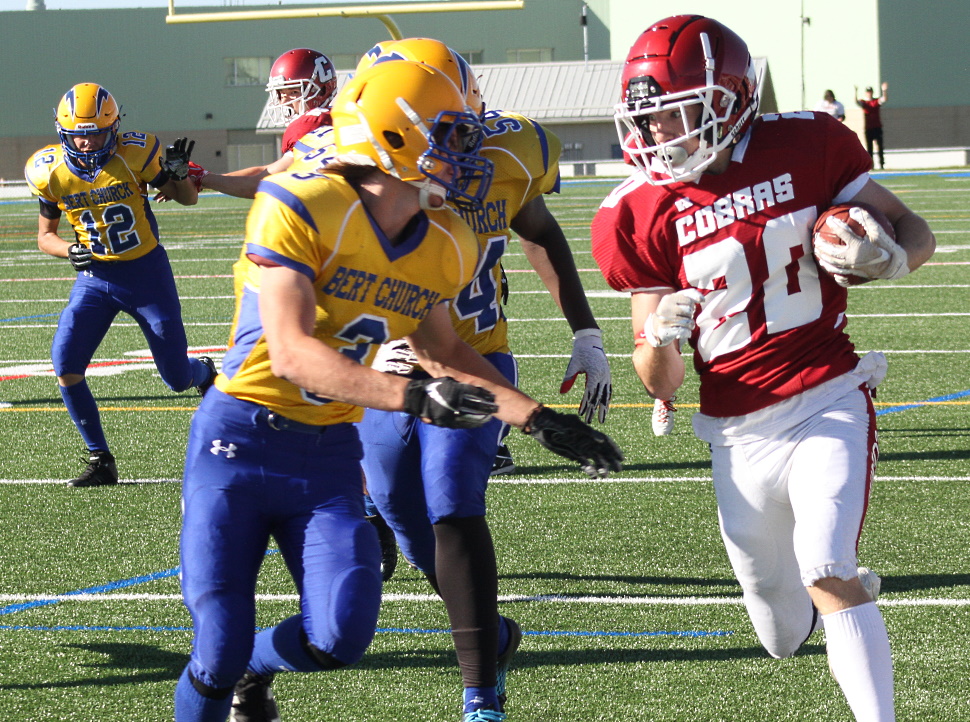 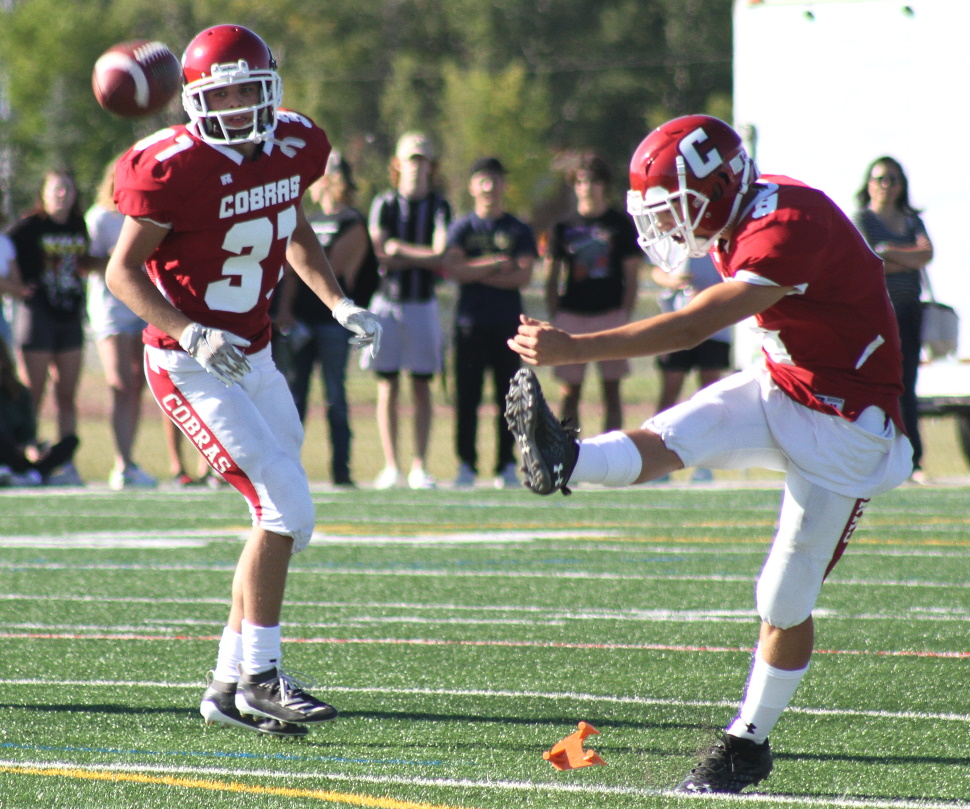 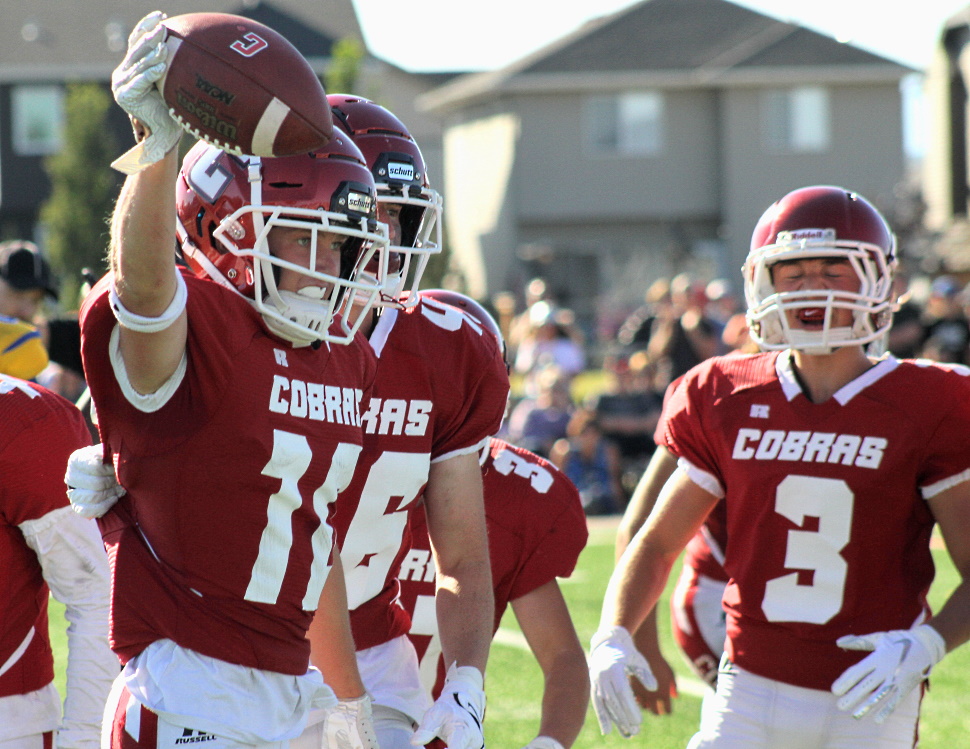 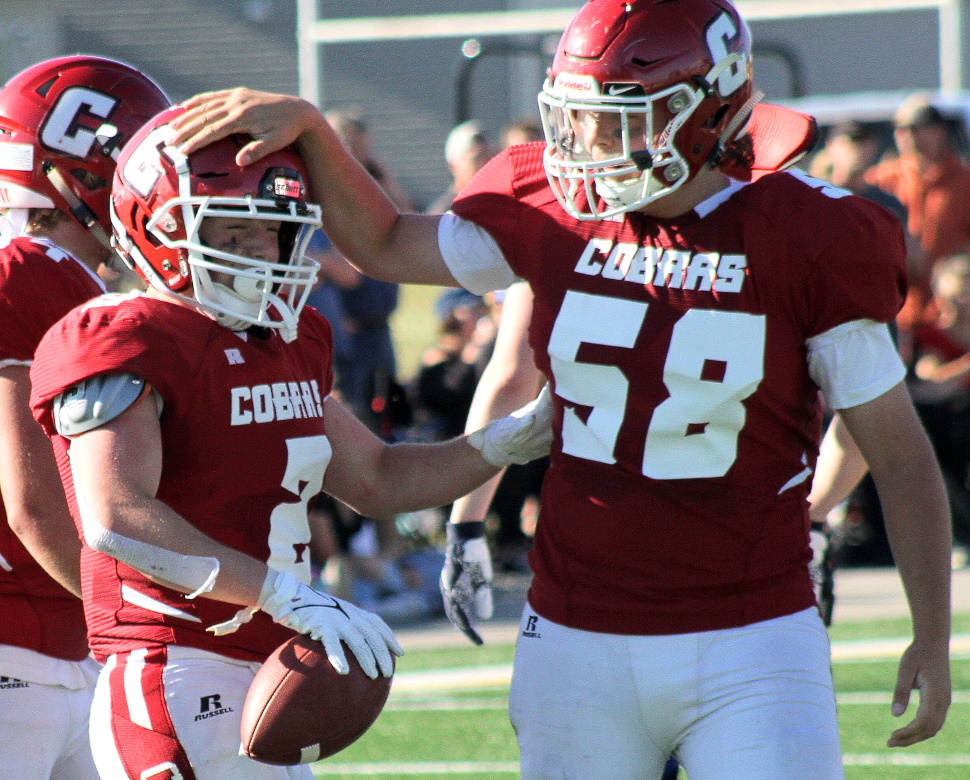 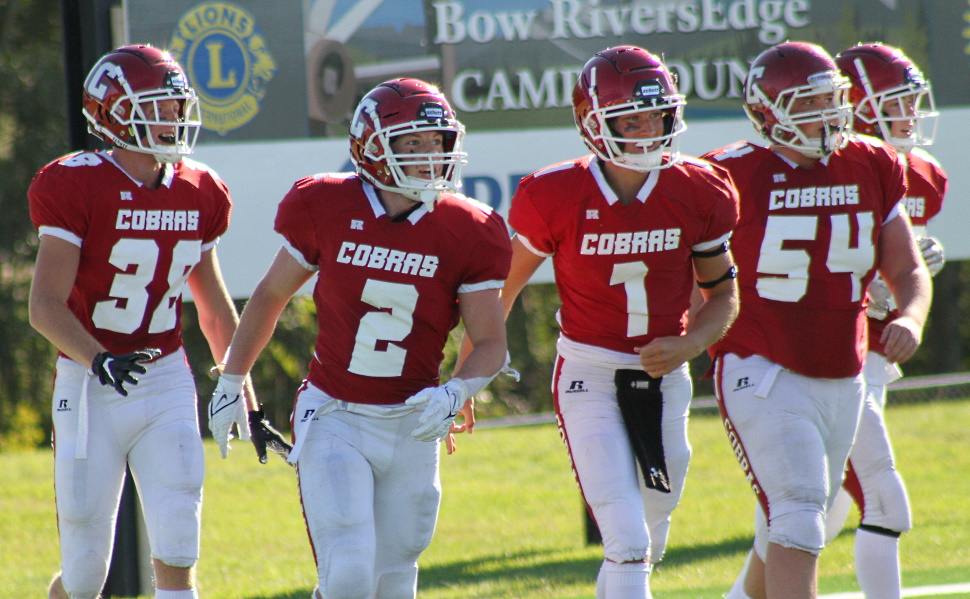