Hundreds of people gathered last night in the chilly weather to participate in the opening ceremony of the Jack Tennant Memorial Bridge.

The Tennant family, dignitaries including Minister of Transportation Ric MacIver, Minister of Municipal Affairs Tracy Allard, Airdrie-Cochrane MLA Peter Guthrie, Mayor Jeff Genung, and members of Town Council were all on hand for the historic event.

The evening began with a blessing performed by Irene Baptiste, an Elder from the Stoney Nakoda Nation followed by speeches from the dignitaries in attendance.

Mayor Jeff Genung spoke to the fact that Cochrane residents had chosen the name of the bridge and how befitting it was. "Of all the things that Jack achieved in his life, he was possibly most famous for his abilities to build connections between communities and cultures, hence the bridge, I think it is just so fitting."

Transportation Minister Ric McIver joked about how the $53 million project had come in on budget and on time and perhaps Cochrane should be in charge of more projects.

Jack Tennant's son Alan, spoke with typical Tennant humour saying, "How weird is it to have a bridge named after your dad? It is kind of strange, but as Dad would have said, unless you've been dead or living in Edmonton, you would know what an honour this is. He added that if his Dad had been there the jokes would have been flying.

Following the speeches, members of the Tennant family unveiled the name plaque and then the official ribbon cutting took place.

The evening ended on a bright and loud note with a fabulous light and fireworks show that would have been easily seen and heard by Jack Tennant up above. No doubt, he was smiling. 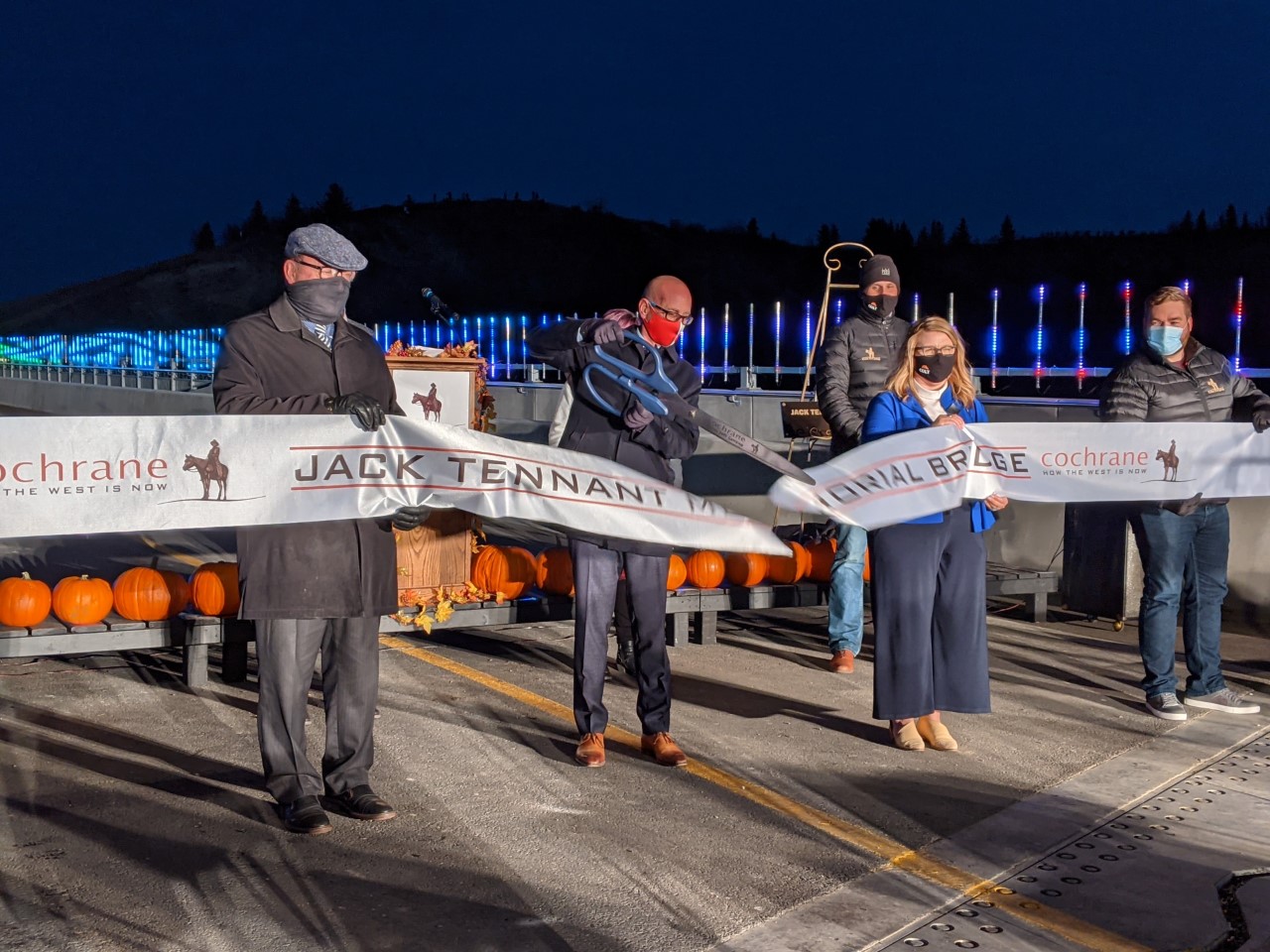 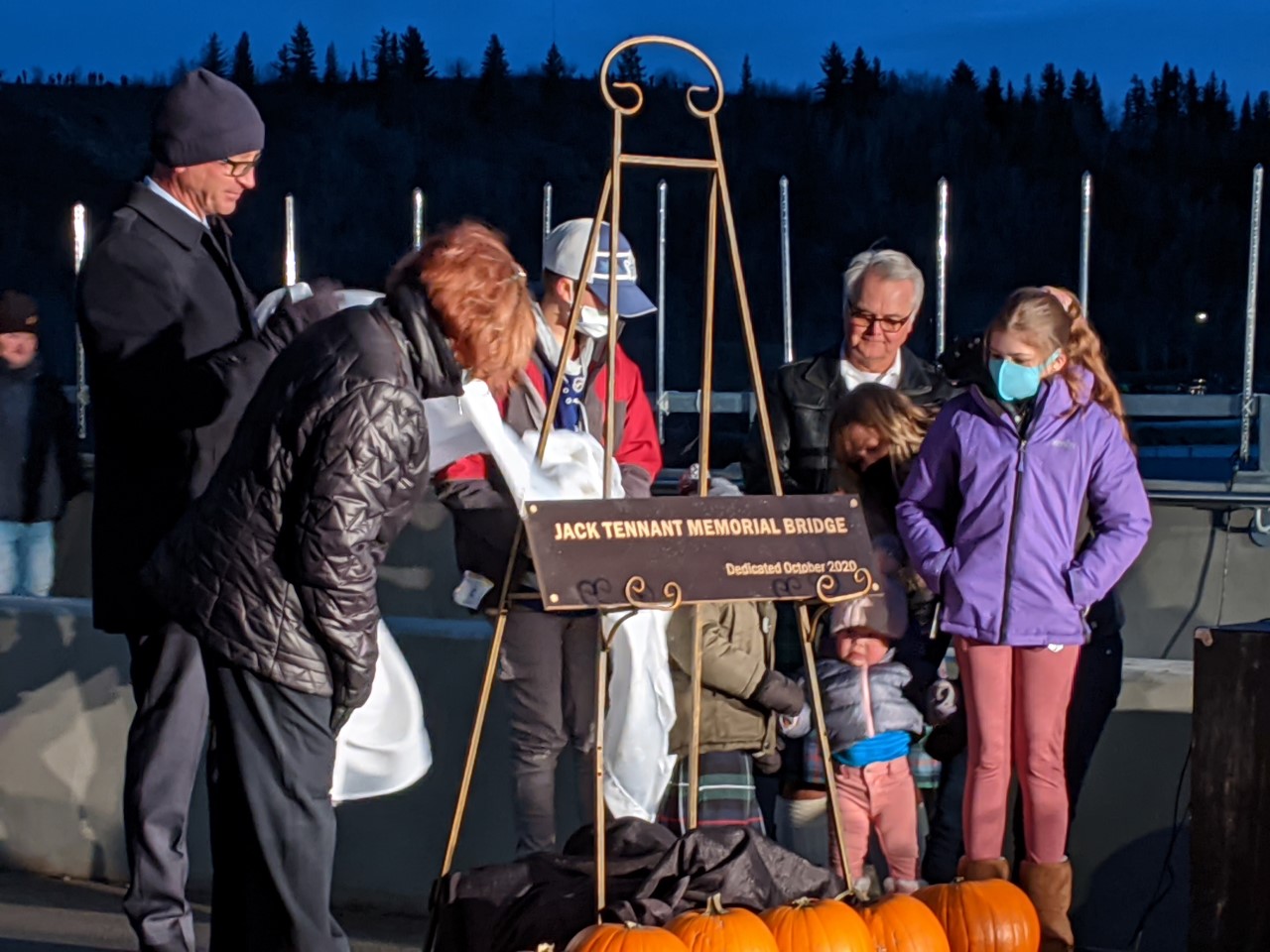 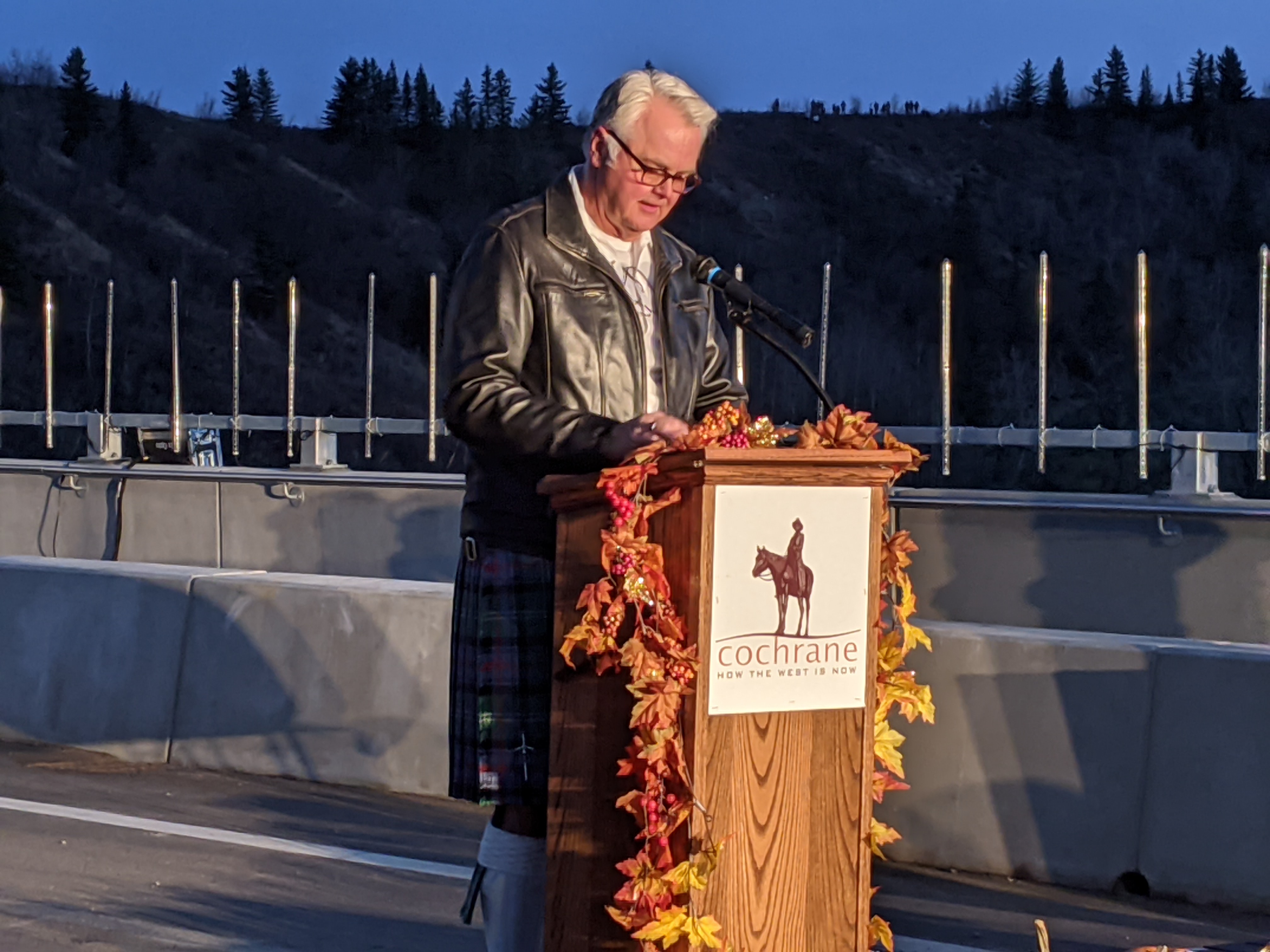 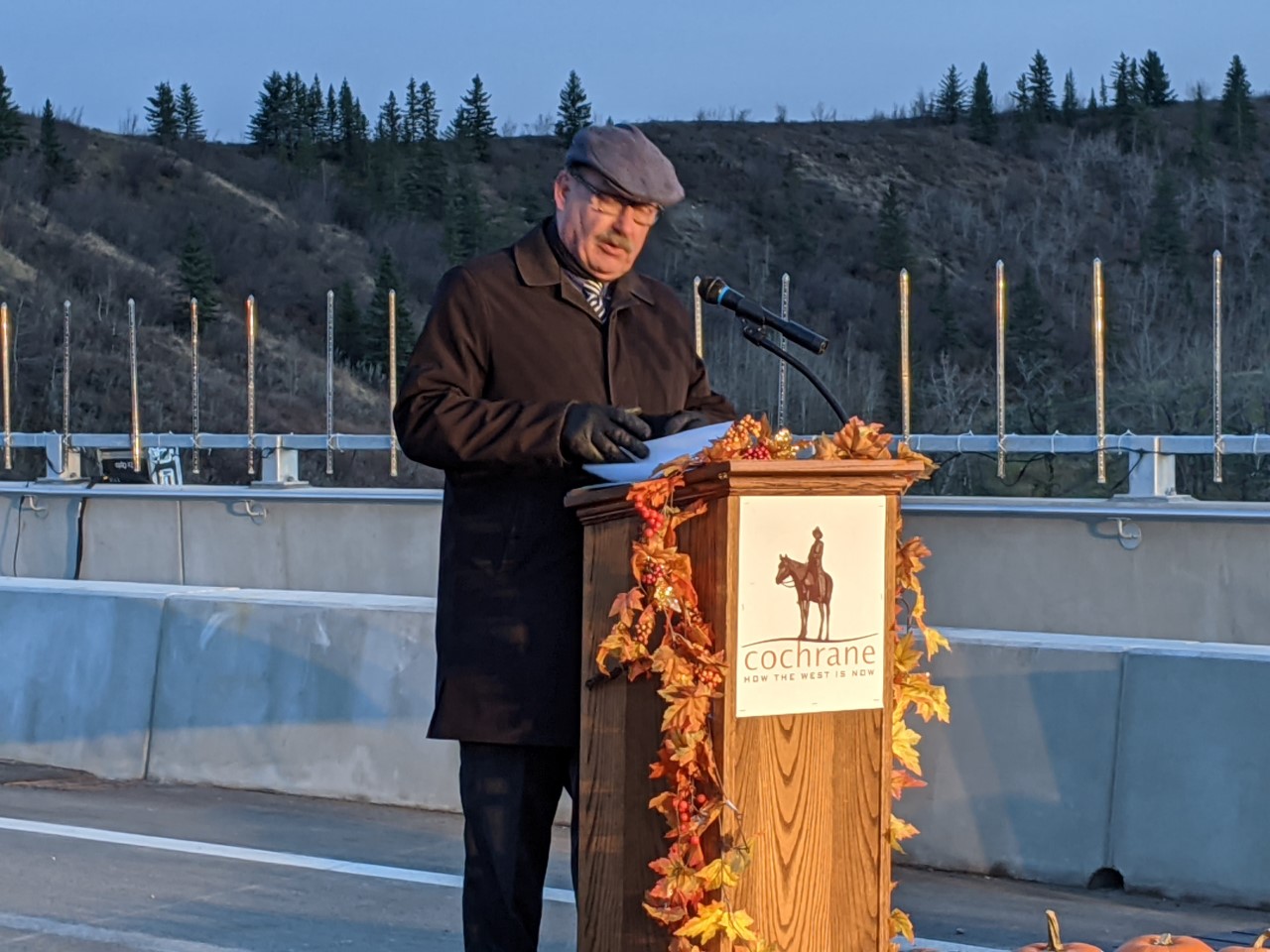 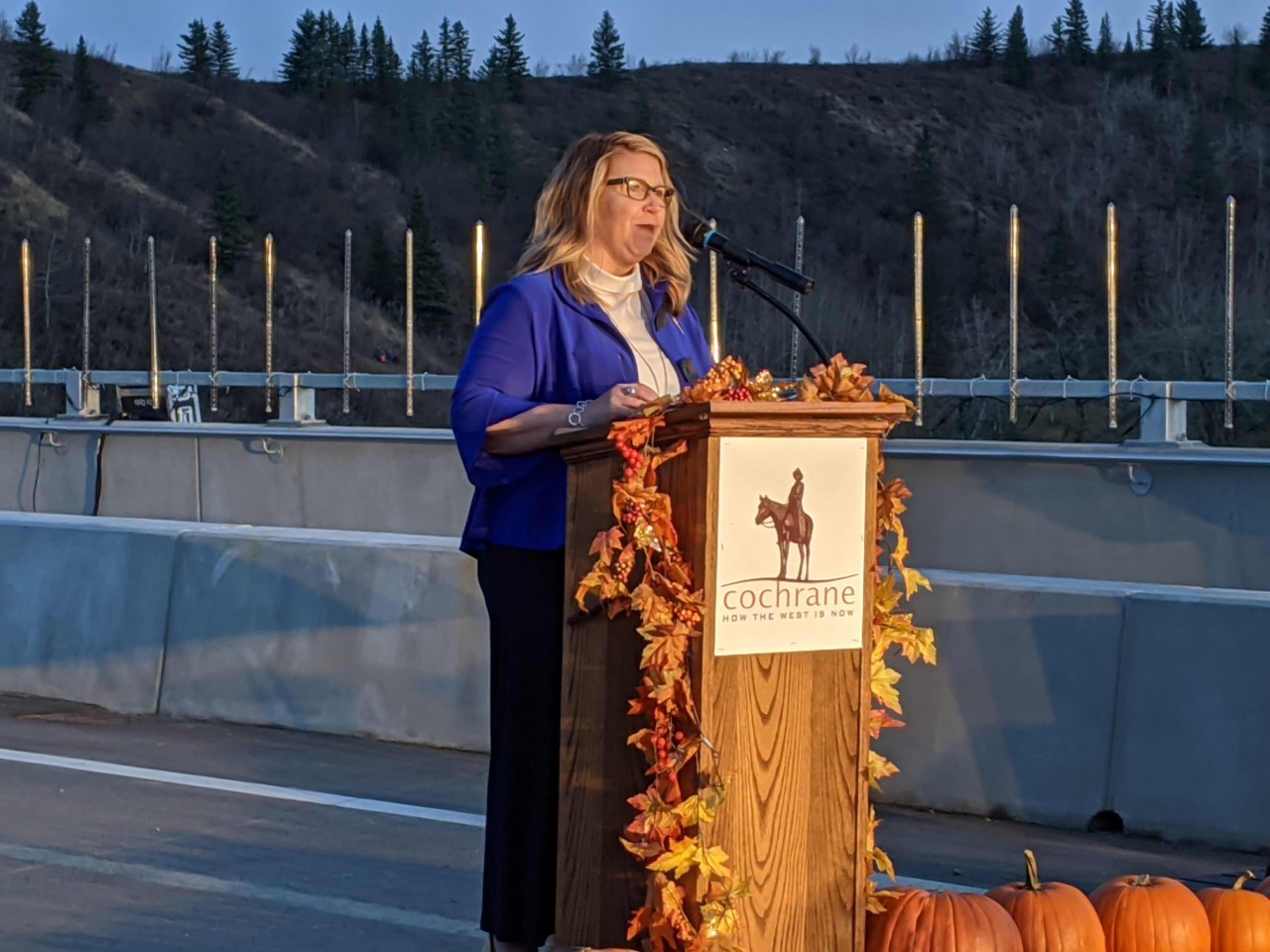 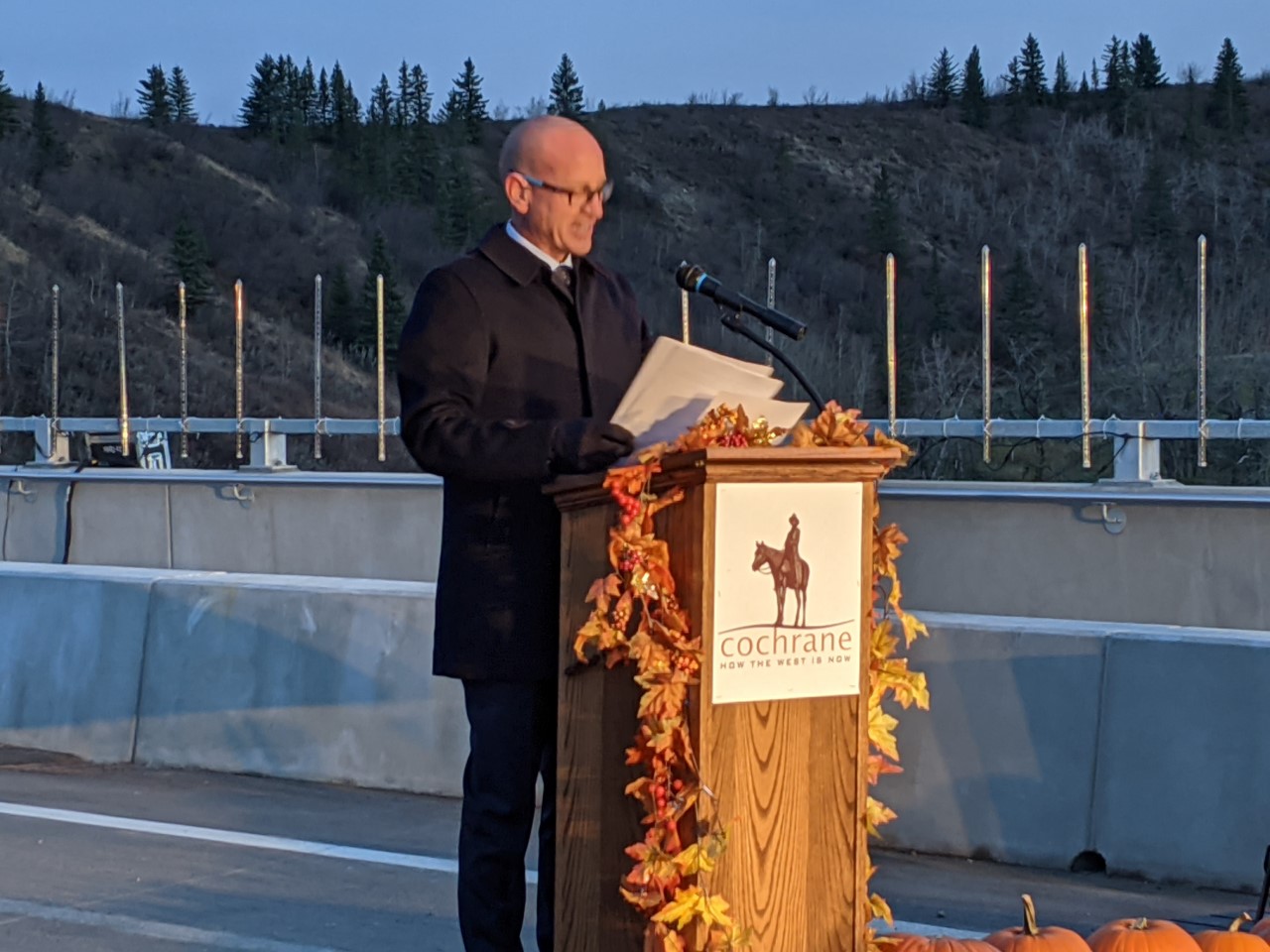 The slow decline of active cases continues for Cochrane, not so for RVC