Anticipation is building for the St. Timothy High School's annual charity hockey game being held this Friday, Dec. 20 at the Cochrane Arena.

Taking on the students in the fun game will be three Calgary Flames alumni, teachers, event sponsors as well as some returning St. Tim's alumni.

Flames alumni players Curtis Glencross, Colin Patterson and Krys Kolanos are all lacing up to help the school raise funds for the Cochrane Activettes food bank.

Besides proceeds from the skate and game, there's also a great selection of silent auction and raffle baskets up for grabs.

"The value of the goods that have been donated is close to $3,000," he says. "The community has been super generous."

Keefer is hoping to get a good crowd at the game. Besides enjoying what is traditionally a fun game, those in attendance will have the best chance of landing silent auction items.

During the second intermission, the winners of the raffle draws will be announced, and the silent auction will close

Bids have been accepted, and raffle tickets have been sold in advance at school functions. They are also available at the school's main office.

A list of silent auction items is located here.

Admission to the game is $5 per person or $10 per family. 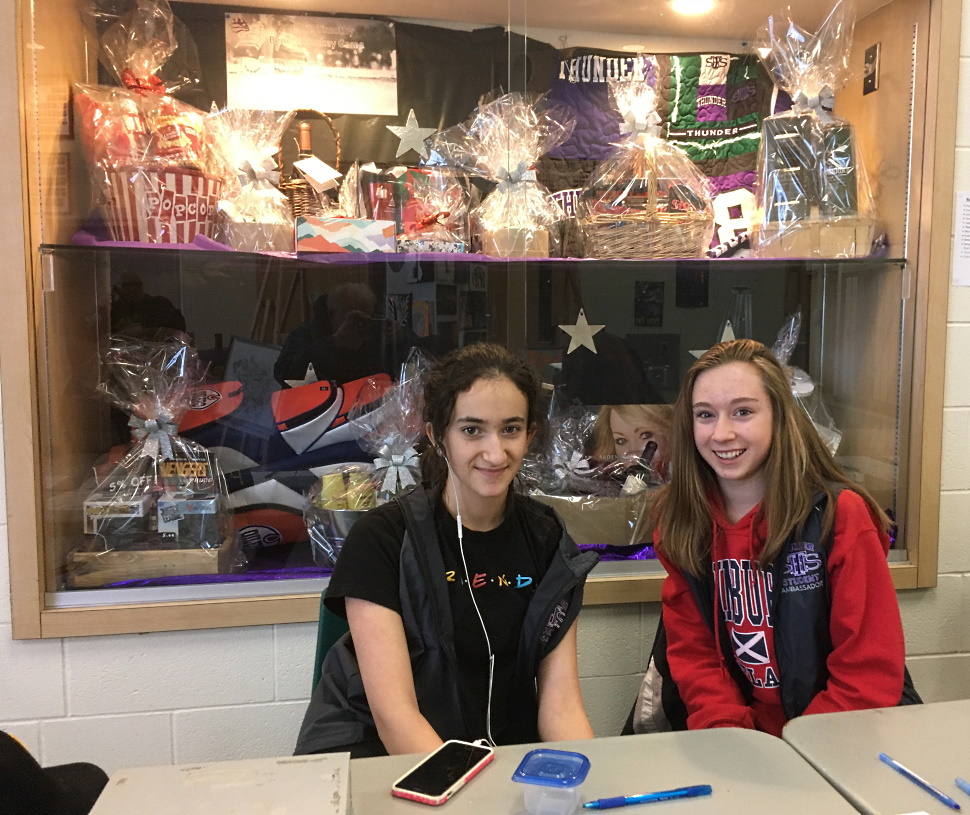