No matter the competition, three games in three days can be gruelling for a junior hockey club.

The Gens won all three over the weekend, capping it off with a 5-0 shutout against the Rocky Rams on Sunday afternoon.

"Yeah, it's a grind, especially that one in Three Hills on Friday, but we got it done," says Gens captain Patrick Forde. "It was tough, but I think today especially, we played a simple game, nothing fancy, and we got the six points."

He's referencing some high emotions that boiled over in Three Hills.

"I addressed that pretty quickly," says Gens head coach Kurtis Jones, "And then Saturday was better, and today was a lot better. But it's a grind. Three-in-three is hard."

He says the secret is to have players stay focused on the system.

"When you play three-in-three, your system has to be good. You've got to play your system and not worry about theirs. We've been harping on that. We're halfway through the season, and we want to make sure systematically we're good."

Gens captain Patrick Forde had an impressive seven goals and two assists in three games. Four of those goals came Friday night in Three Hills. He remains on top of the Heritage Junior Hockey League scoring race with 31 goals in 19 games and 48 points.

Forde gives much of the credit to his linemates, and rightly so.

"It's a pleasure to play with them," says Forde. "They're just great players. They find me, I find them. Right now, we're one, two, three in the league, so hopefully, we can keep this up and get some more winning done."

Collectively, the three have accumulated 113 points so far.

Playing a three-game weekend was a good way to bring recent recruit Nic Chauvin up to speed on the team. The speedy centre scored his first goal Saturday night and added an assist.

Chauvin signed with the Gens after playing his first 16 games of the season with the Lake Cowichan Kraken of the VIJHL. He was invited to join the Gens after tryouts this fall but opted to head to B.C. to check out the play there. He's happy to be back.

"I love it here," says Chauvin. "I get to live and work at home. It's a lot better team, too. It's an older group with a sense of family. It's really tight in the room. They made me feel welcomed. It was an easy transition."

Getting his first goal so soon didn't hurt, either.

"Oh yeah, a huge weight off my shoulders. I had so much more energy after, and I can't wait to get the next one."

Besides Forde, Sunday's goals came from Olenyk, Ripplinger, Jordan Brutz, and Andrew Guss, who made it a three-point game with two assists.

Jordan McGinnis got the start and earned his first shutout is six starts with the club. He faced 19 shots on the night, compared to the 39 on Rams goalie Devon Caroll.

The Gens are home against the Mountainview Colts on Friday night and it should be a barn burner. The Colts were one of only two teams to outright beat the Gens this season. They play a physical game with plenty of scoring power. 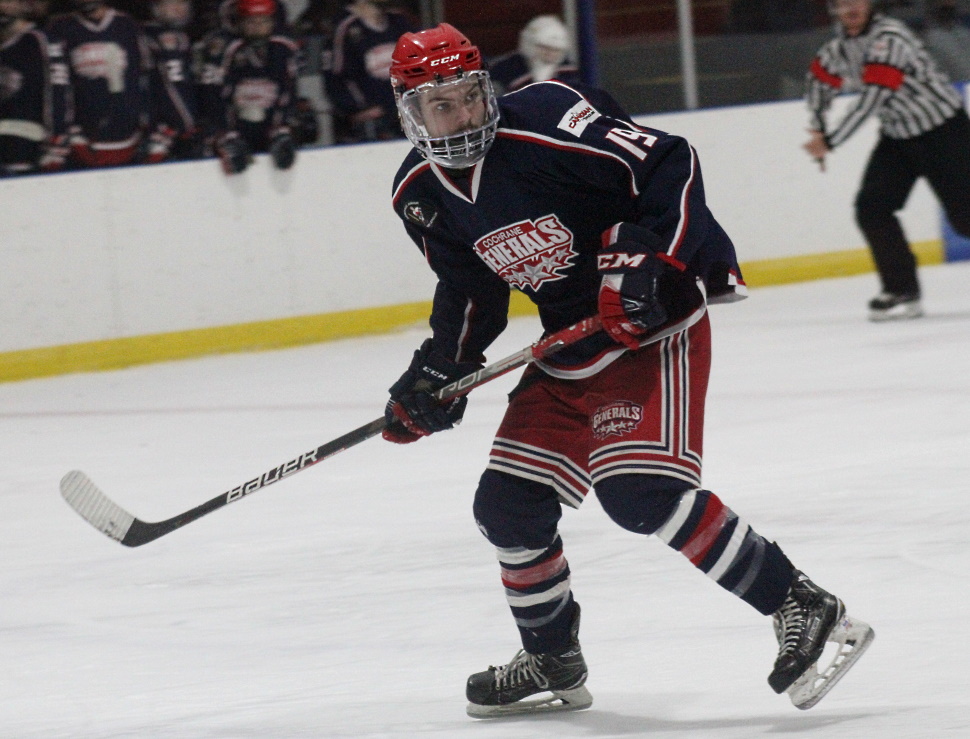 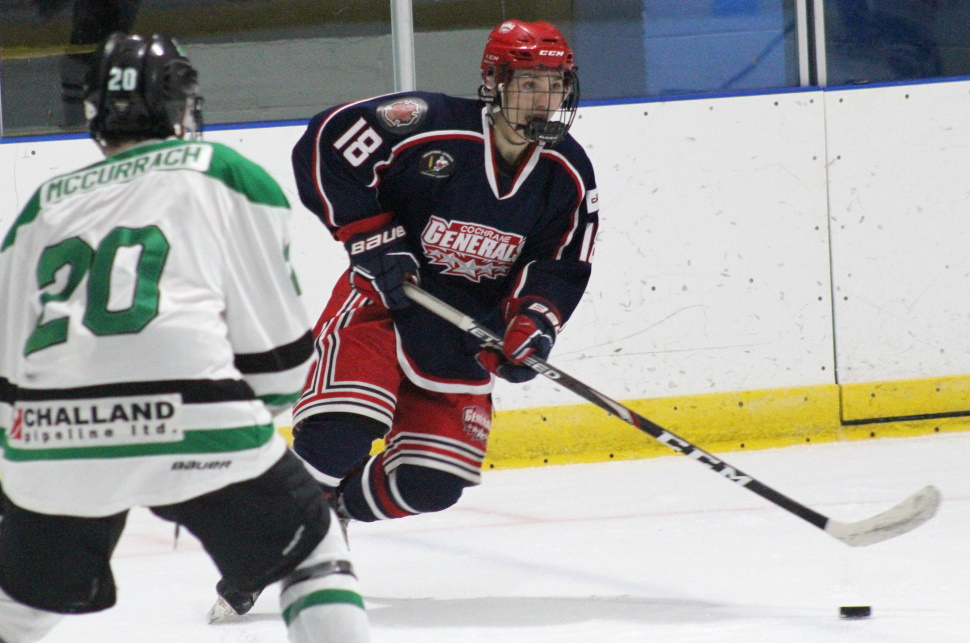 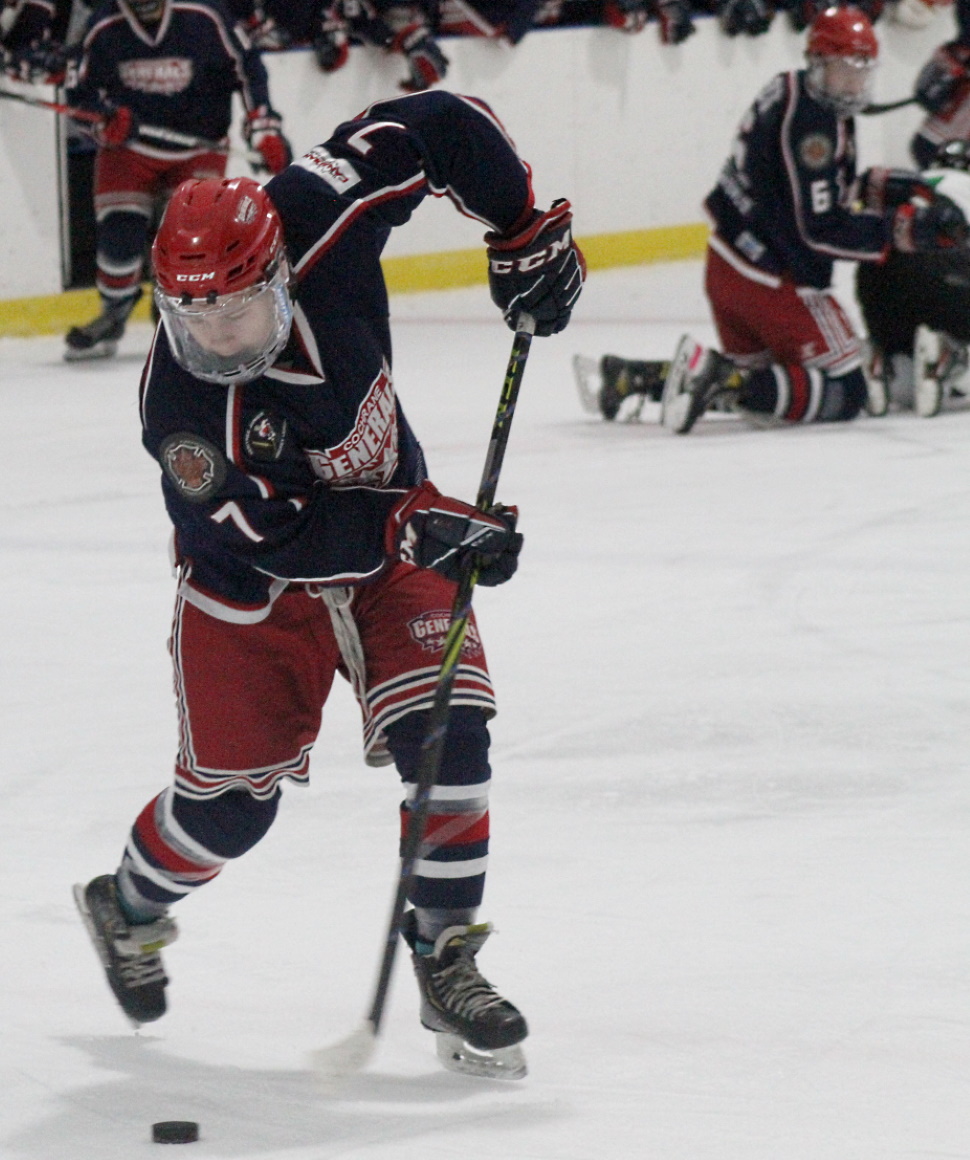 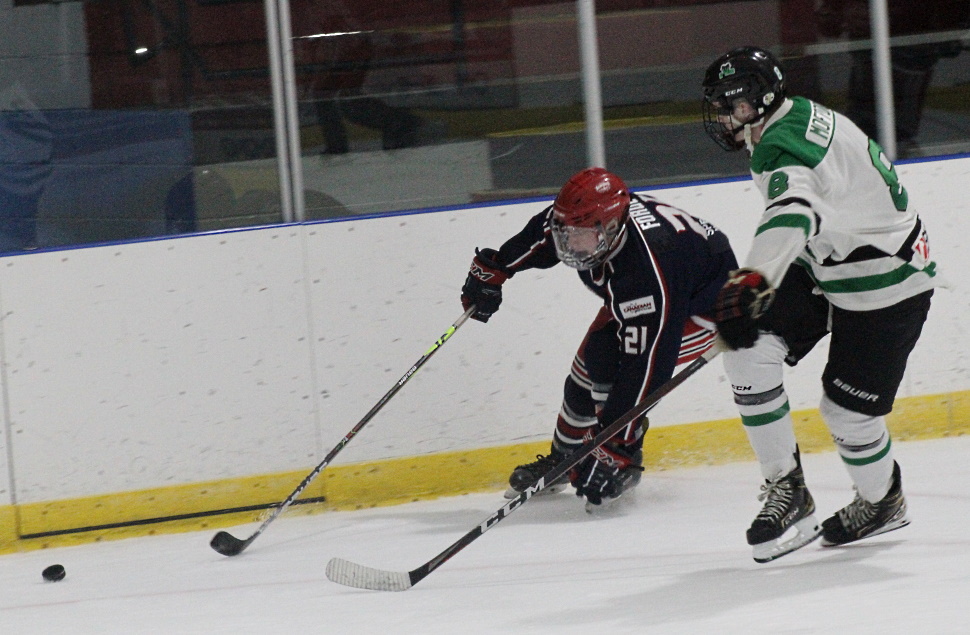 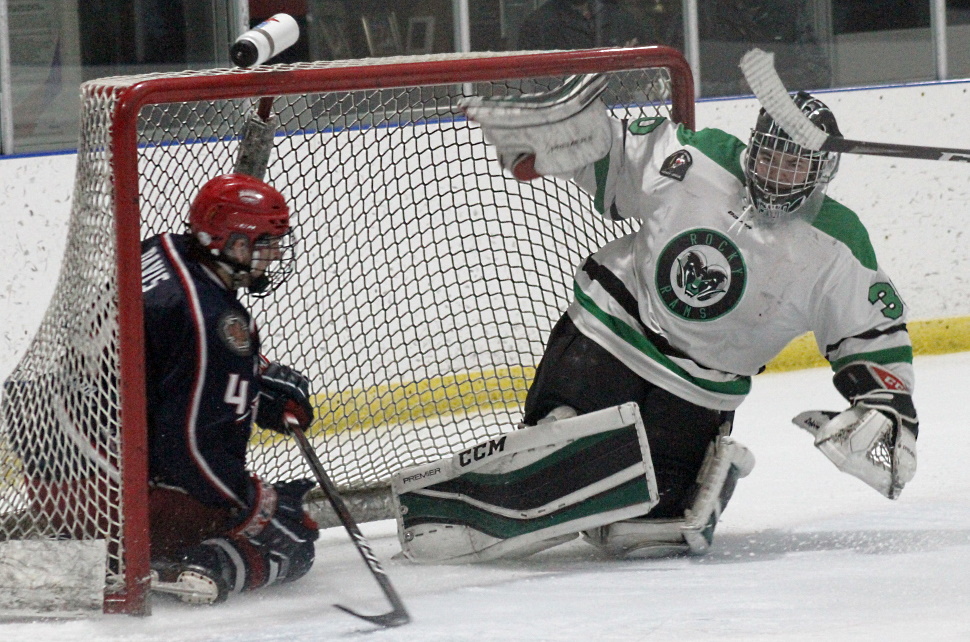 Cochrane's wellness hub can be explored this weekend