Tradition of fun, friends and faceoffs continues at Kimmett Cup

Fun, friends, and faceoffs in support of the Lindsay Leigh Kimmett Foundation continued over the weekend in another spirited Kimmett Cup.

The 13th edition of the three-on-three hockey tournament, held in memory of Lindsay Leigh Kimmett, saw a smaller field of 25 teams compete with no less passion for the weekend.

Local teams and those from various points in Canada continue to congregate in Cochrane, and many newcomers laced up to discover the joy it brings.

"I think people came armed with their smiles and their favourite hockey moves, and they just had a really good time," says Jason Baserman, one of the tournament founders. "Everybody has been describing just how fun it's been to be here and participate as a community to raise awareness and funds for some deserving charities.

"And to do it in such beautiful weather," he continues, looking around. "It's plus degrees, the ice has been fantastic, and there have been some competitive games. Some people are making their debut on the ice for the first time, which is tremendous."

The final amount raised will be announced soon, but indications are sponsors and donors have continued to be generous. On Saturday, Baserman anticipated it would surpass the $100,000 mark in support of local and national organizations.

Scott Erven has played and volunteered at the last 11 cups. Like many others, he was eager to see its return after a two-year hiatus.

"I think just everybody's really happy to get back on the ice this year," says Erven. "Fewer teams, but no less fun, and the weather and the ice have been perfect."

For Dianne Kimmett, Lindsay's mom, it's a happy-sad weekend.

"It's not without anxiety, but it's been so well put together and orchestrated. It's awesome. It's a smaller event, but it's still good to see people out again."

"In the hardest of times, it's still going to be an incredible fundraiser. No one ever would have imagined 13 years later we'd still be able to celebrate Lindsay, and raise money for charity."

In the end, it came down to a unique matchup between the Tofield Fighting Snowgeese and the Cochrane Cruisers.

Both teams had at their core Kimmett cousins, neither of whom have ever made it to the final.

Cochrane Cruisers is a tribute to the name once used by Cochrane minor hockey teams and is lead by Kelly and Dianne Kimmett's oldest son Taylor.

On the other side of the ice was Michael Kauffman, his cousin, and ring bearer at the Kimmett's wedding 43 years ago.

Both were jovial before the puck dropped.

"I can't believe it. I think we should just call it a tie," laughed Taylor.

"We knew we would lose last year," says Taylor, "and we thought we would lose this year, but we found a way. It's awesome to be back out on the ice. The ice is amazing, everyone's having fun, and I get to play against my cousin, which is awesome."

While Taylor said celebrating a little bit too much prevented the Cruisers from reaching the finals before, Michael had a different story.

"We've never made the final before, mainly because we weren't that good."

He came in from Vancouver to attend his eighth tournament and for the fourth time was joined by his son Landon, who said he also enjoys returning each year for the tournament.

In the end, it was the Fighting Snowgeese who raised the Kimmett Cup, and the Cruisers got the equally impressive runner-up Shot Stick. It features a series of smaller trophies listing past winners that are attached to the very hockey stick of Lindsay Leigh.

There was no banquet this year, considered the soul of the weekend, but that will return. What's important is the heart of the event is beating as strongly as ever. 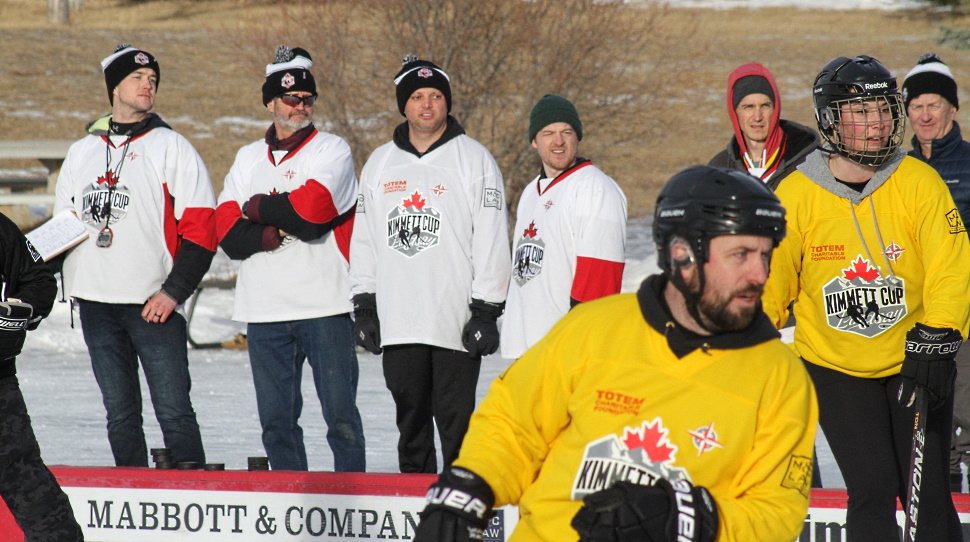 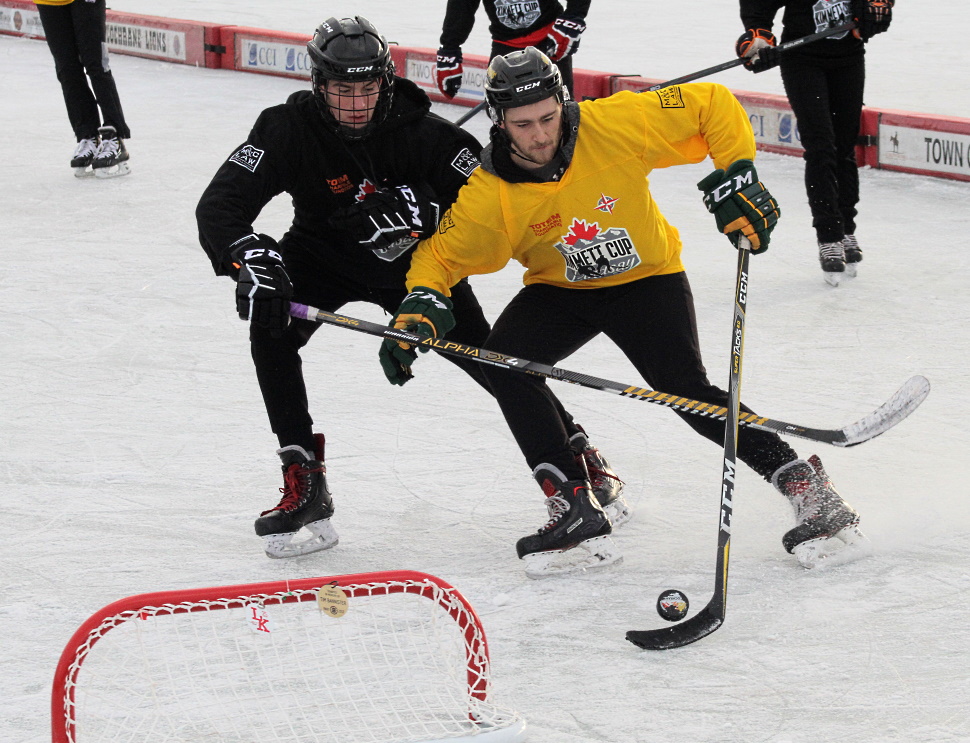 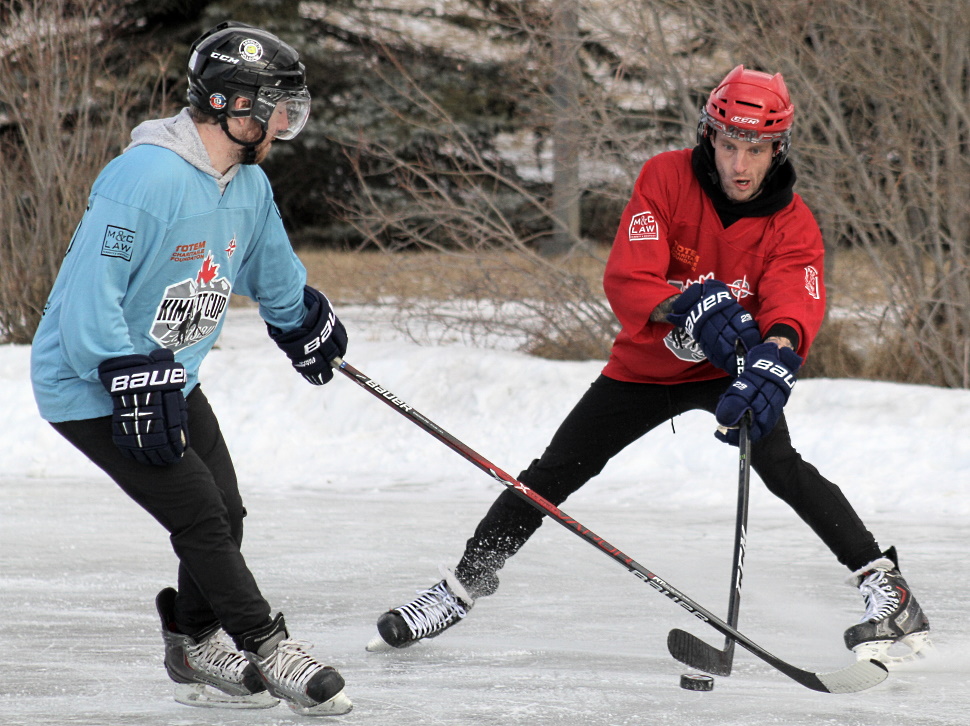 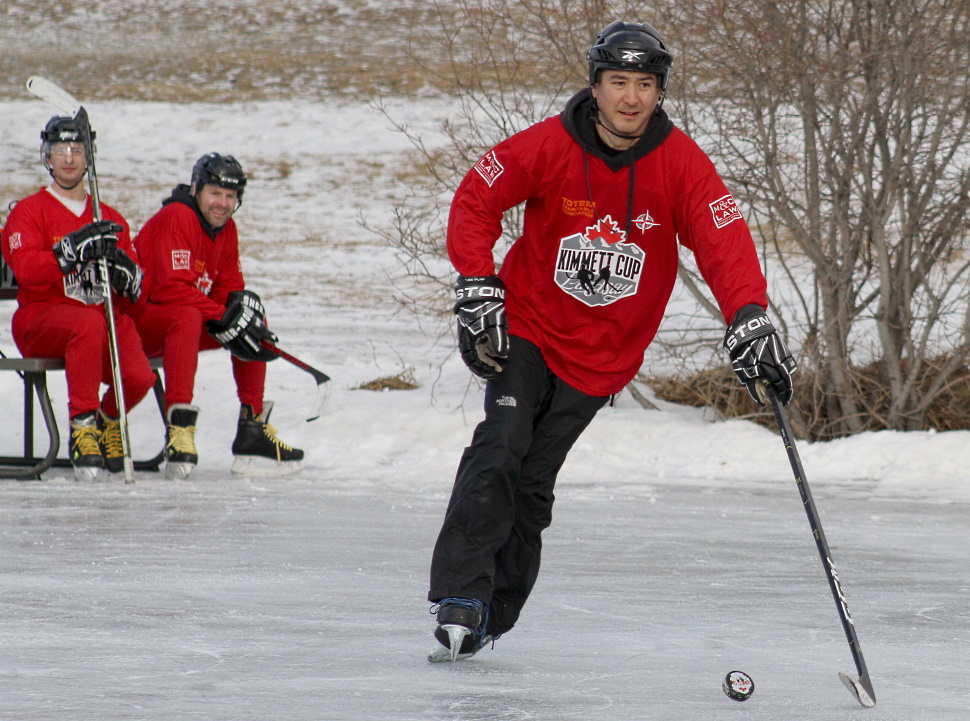 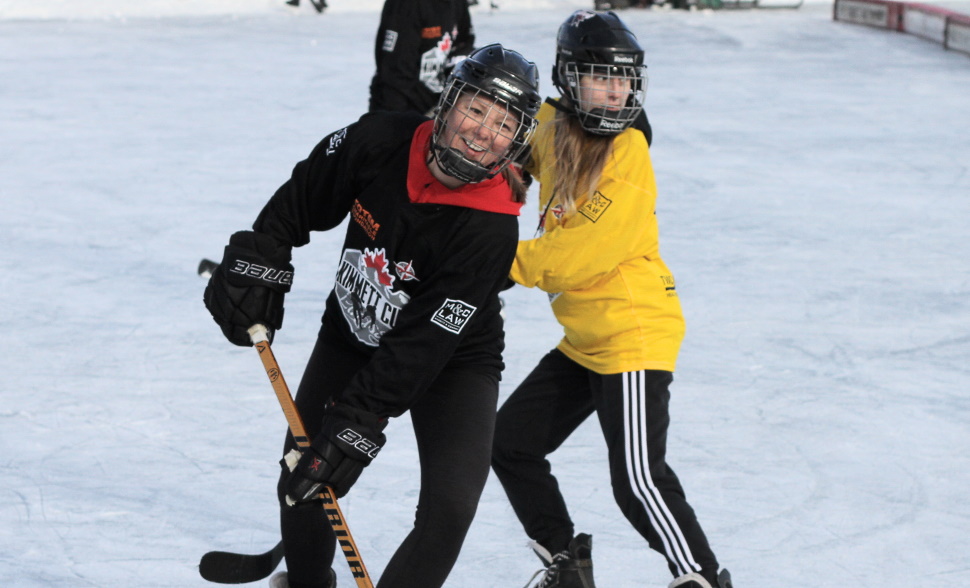 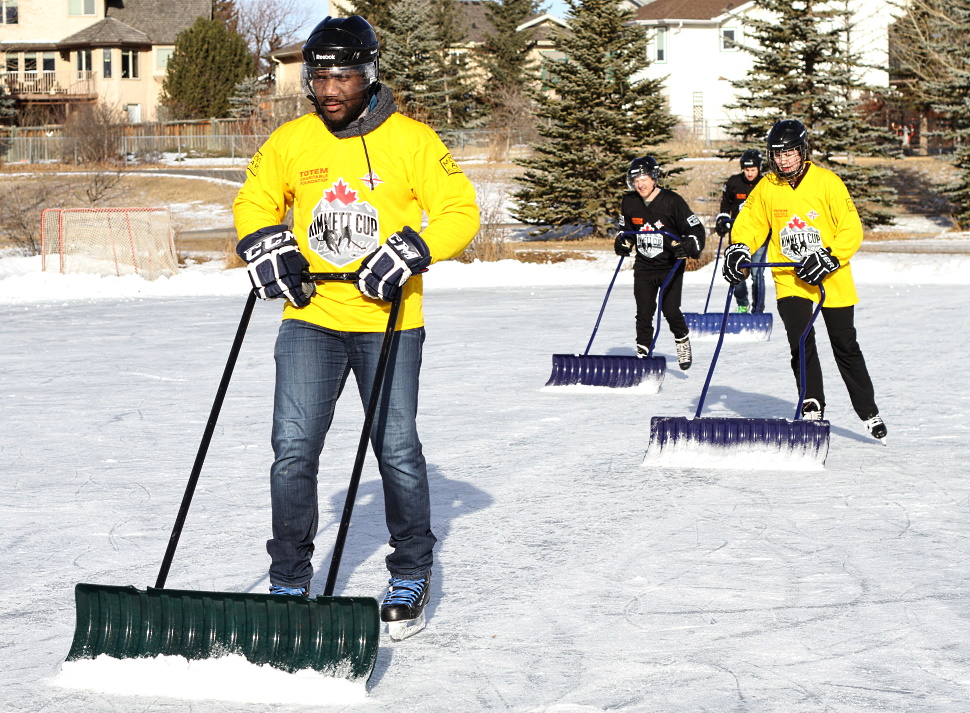 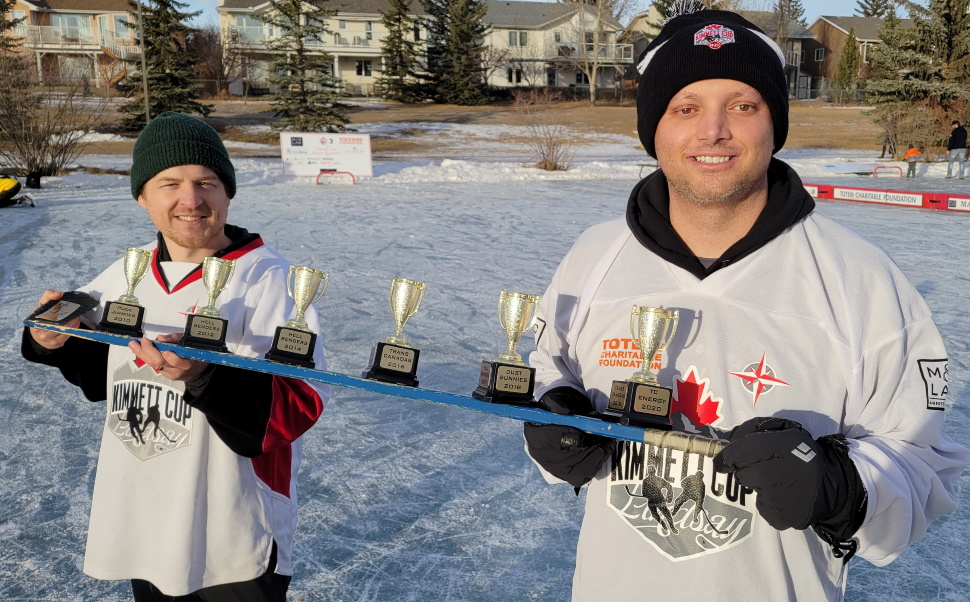 Two-thirds oppose Ottawa protest, but many sympathize with frustration: survey

Make a difference by being a BGC youth mentor

Pancake breakfasts popping up around Cochrane for stampede