Live music, gifts, crafts, Santa, a turkey feast, and an outpouring of good cheer brought together upwards of 450 people from Indigenous and non-Indigenous communities. That is more than double the 200 who attended the inaugural celebration last year, says Brenda McQueen, president of the McDougall Stoney Mission Society.

"It's incredible," says McQueen. "We feel honoured because everybody here is having fun."

The gathering is a return to those held in the past when it wasn't unusual to have 500 join together for a community Christmas celebration.

Many hands made for a memorable afternoon.

Among them was the Wild Rose United Church, whose congregation was in charge of providing gifts for all the youth plus mitts, toques and snack bags, explains Hazel Buchanan

"We were very honoured to come out and build relationships with our neighbours in Morley," she says.

The turkey feast had all the trimmings. Twenty turkeys were prepared for the event,19 of them by Sharon Griffin, treasurer of the Mission society, with the assistance of her neighbour.

McQueen says they look forward to coordinating next year's celebration and thanks all those who made it possible. 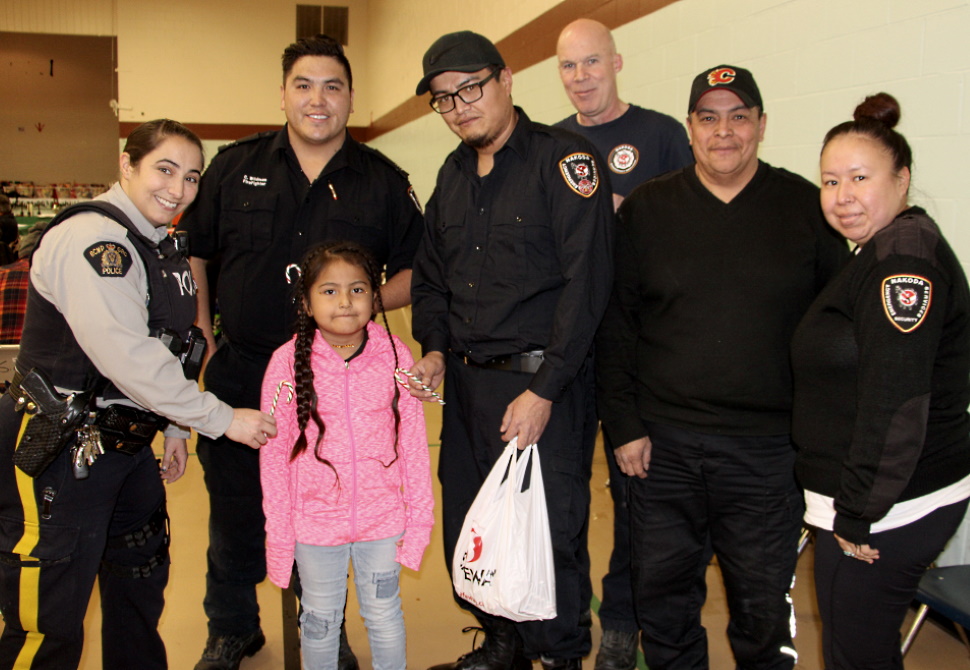 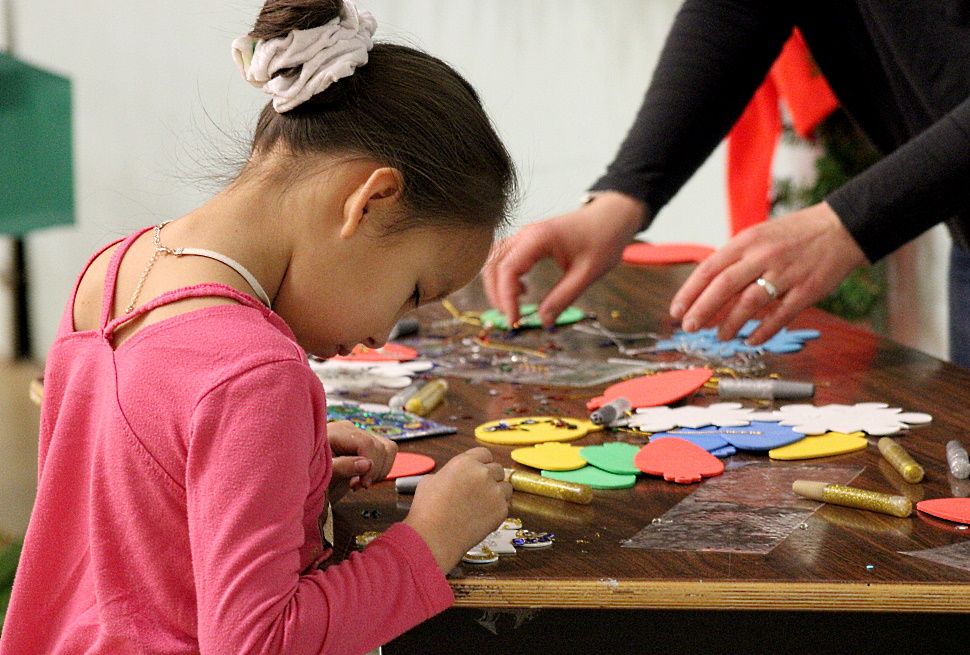 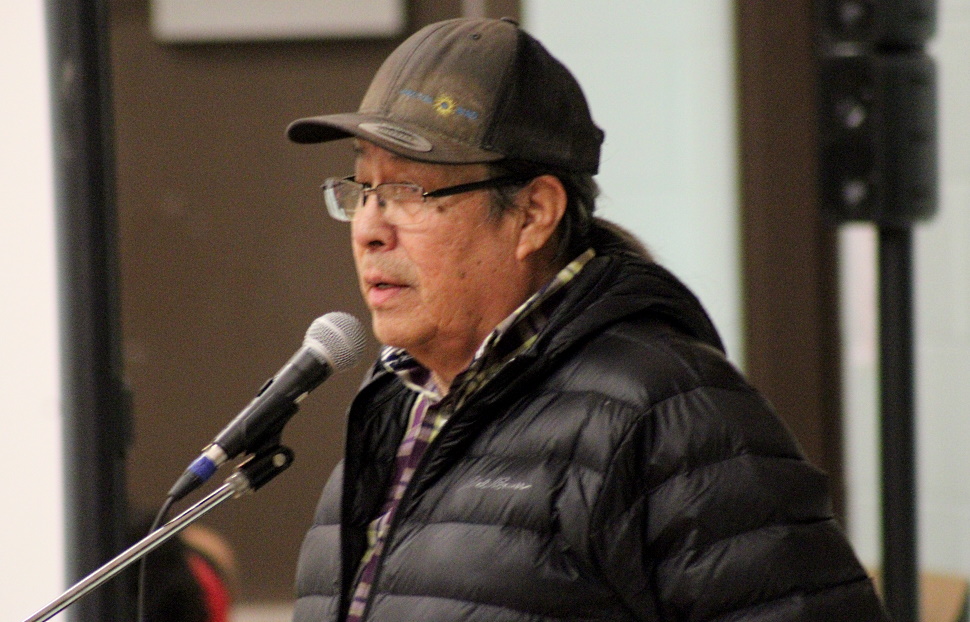 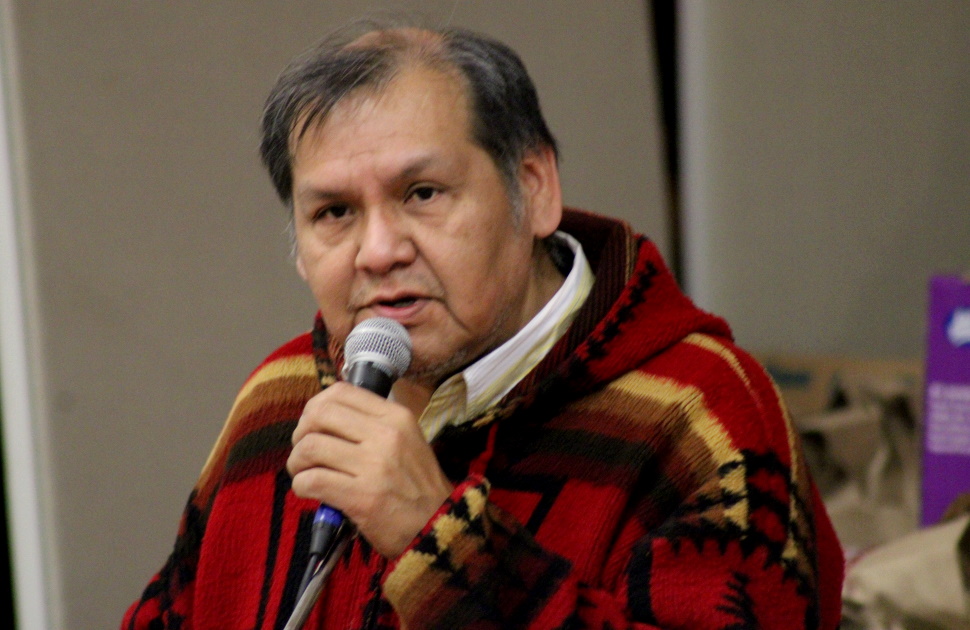 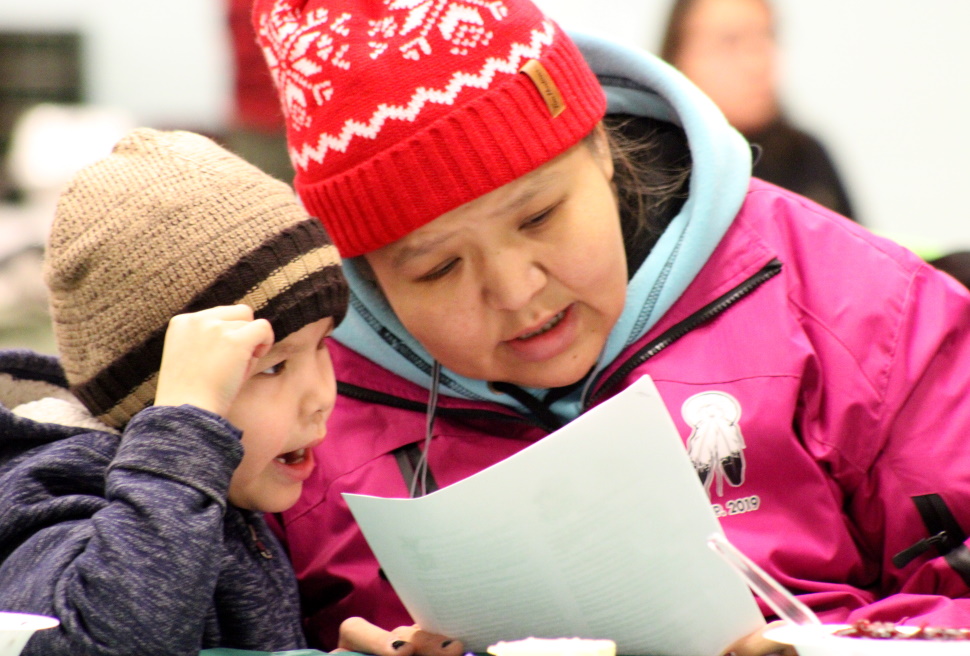 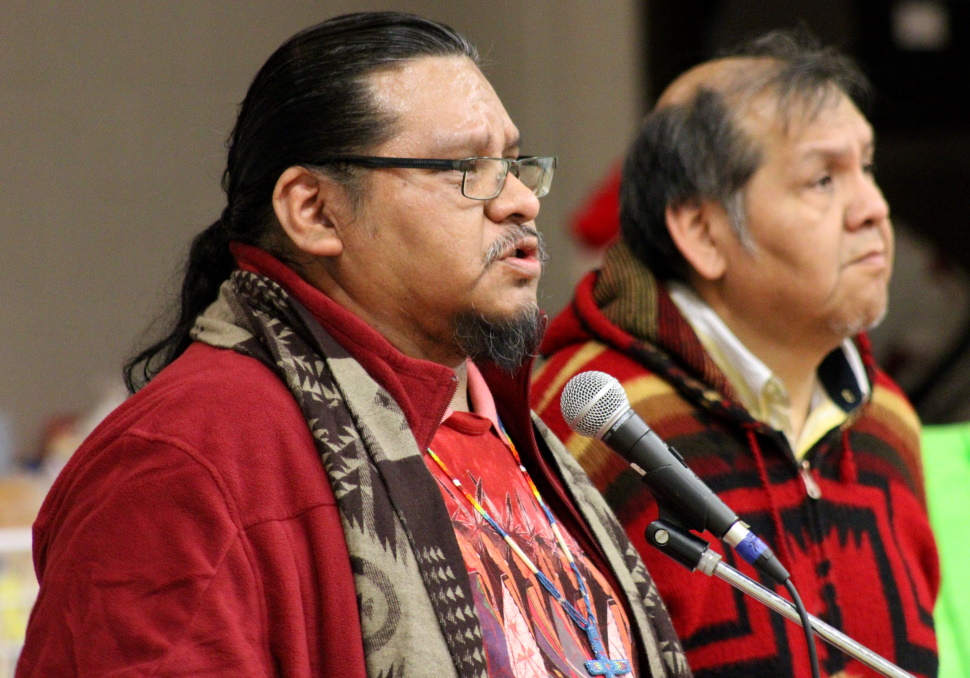 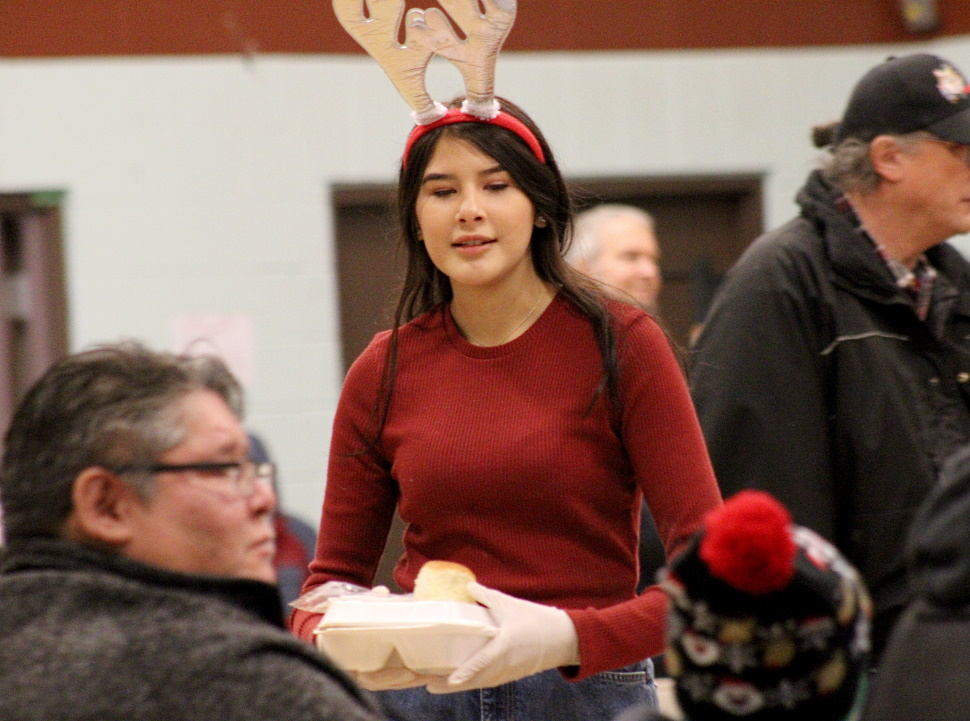 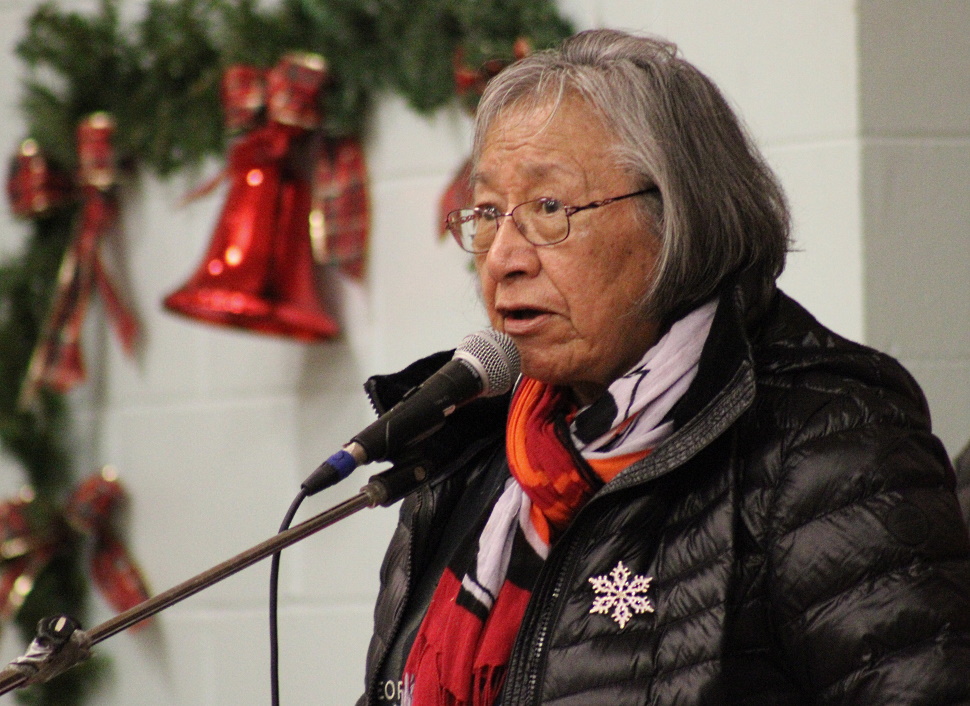 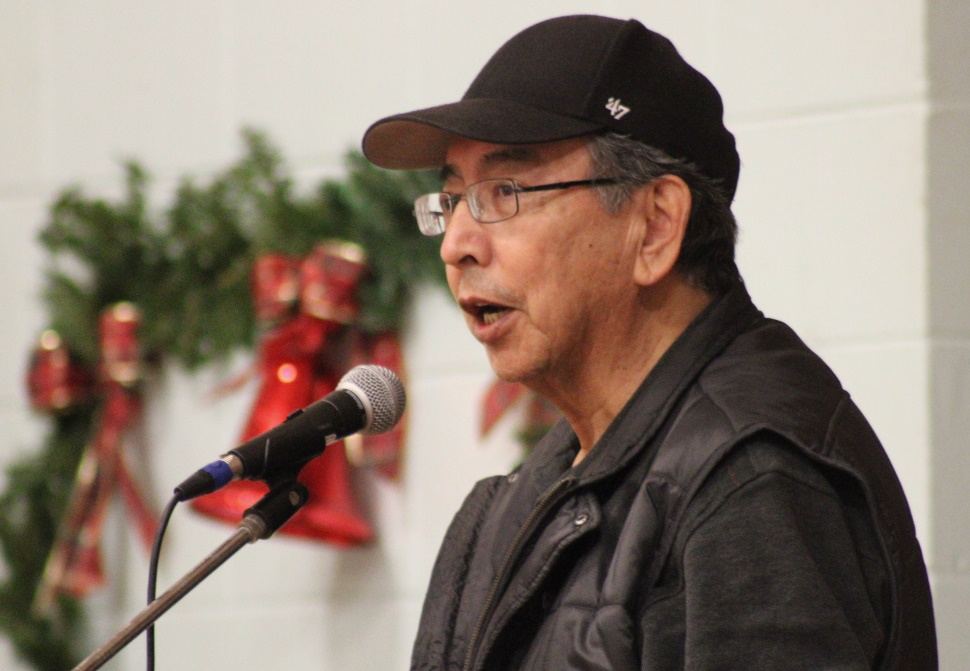 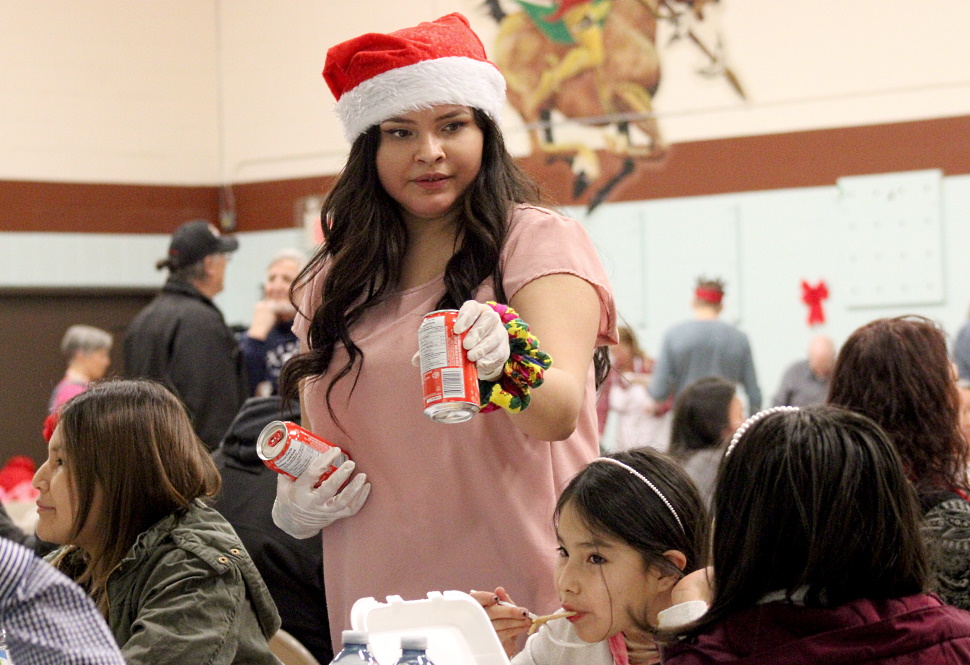 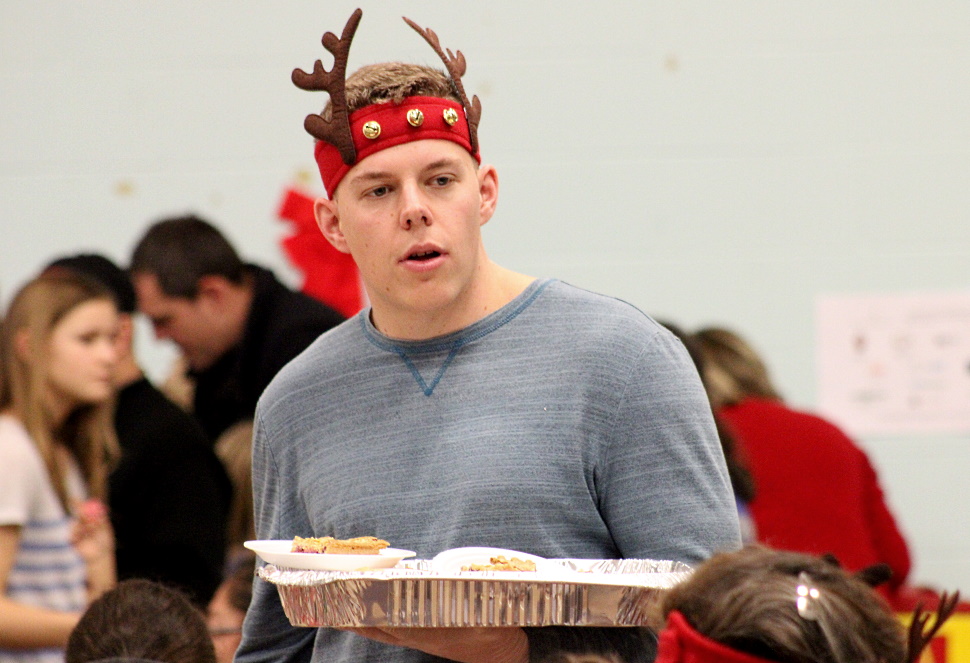 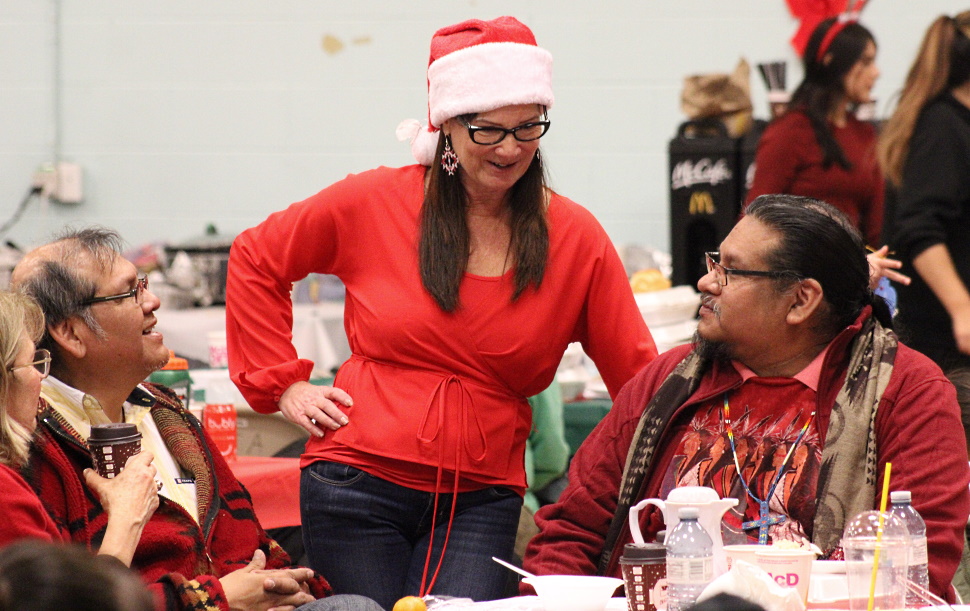 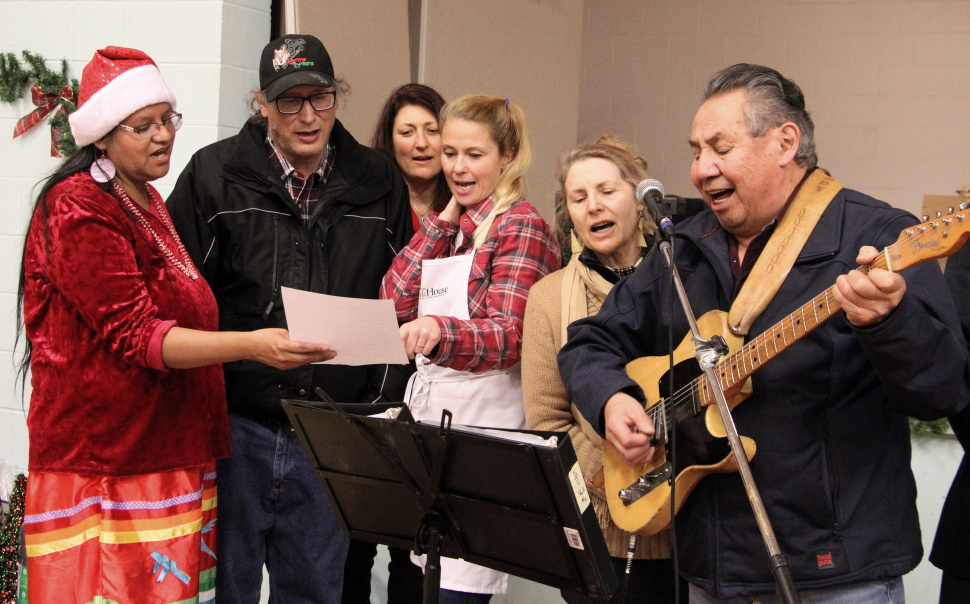 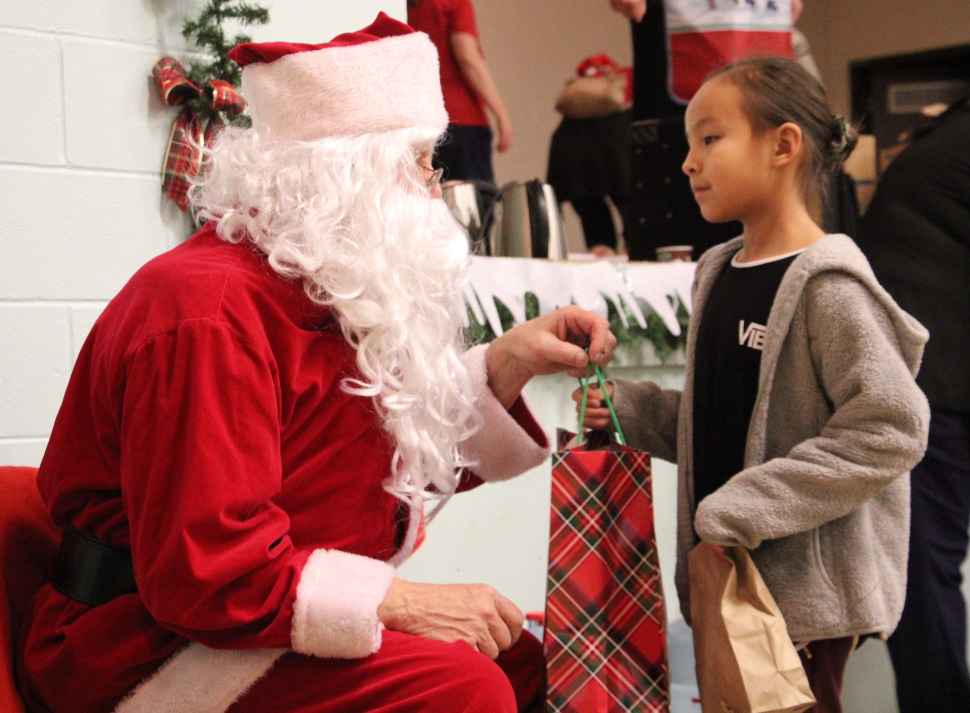 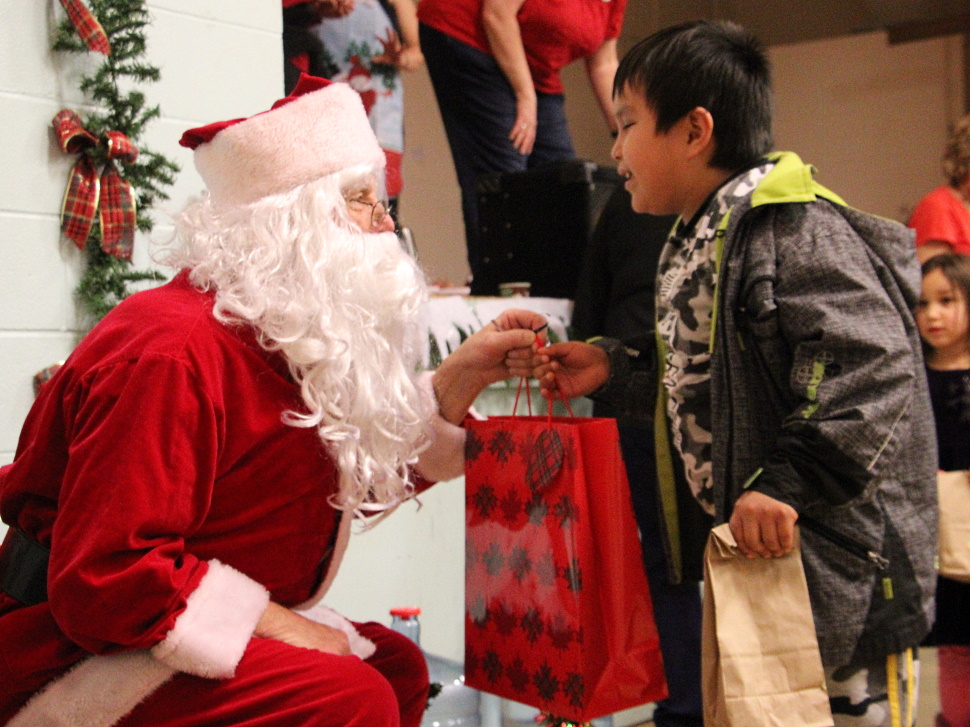 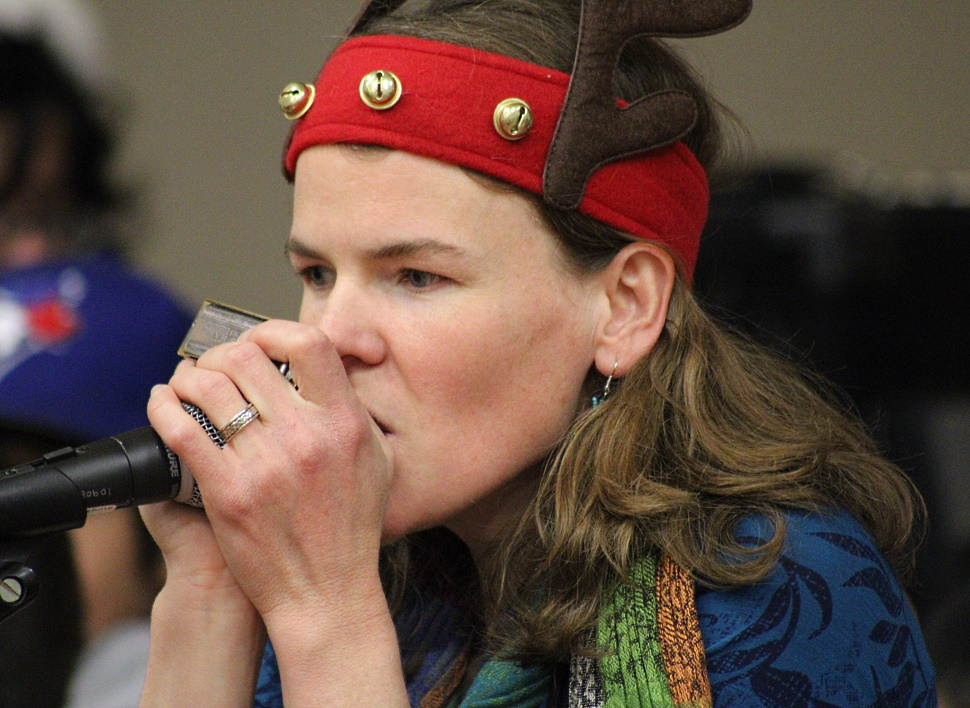 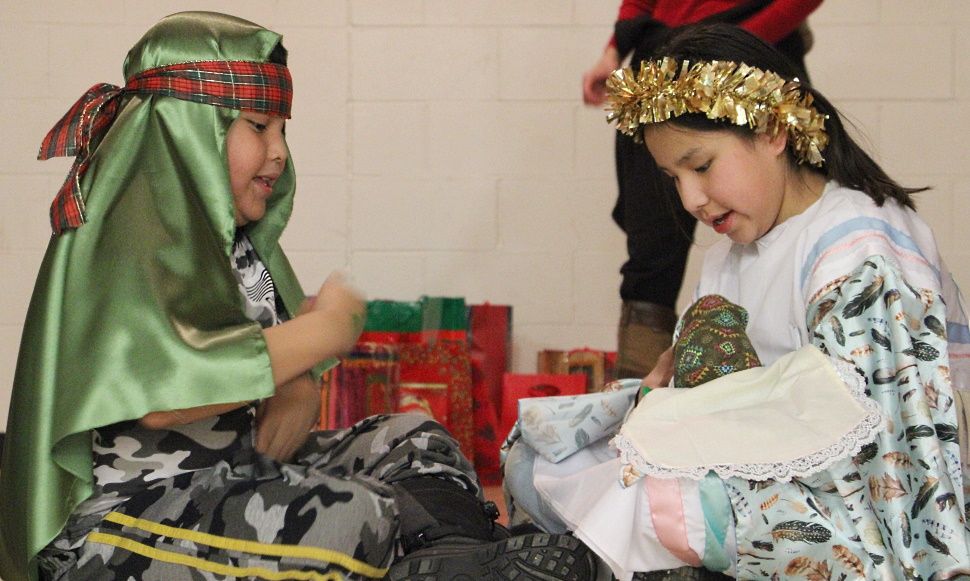 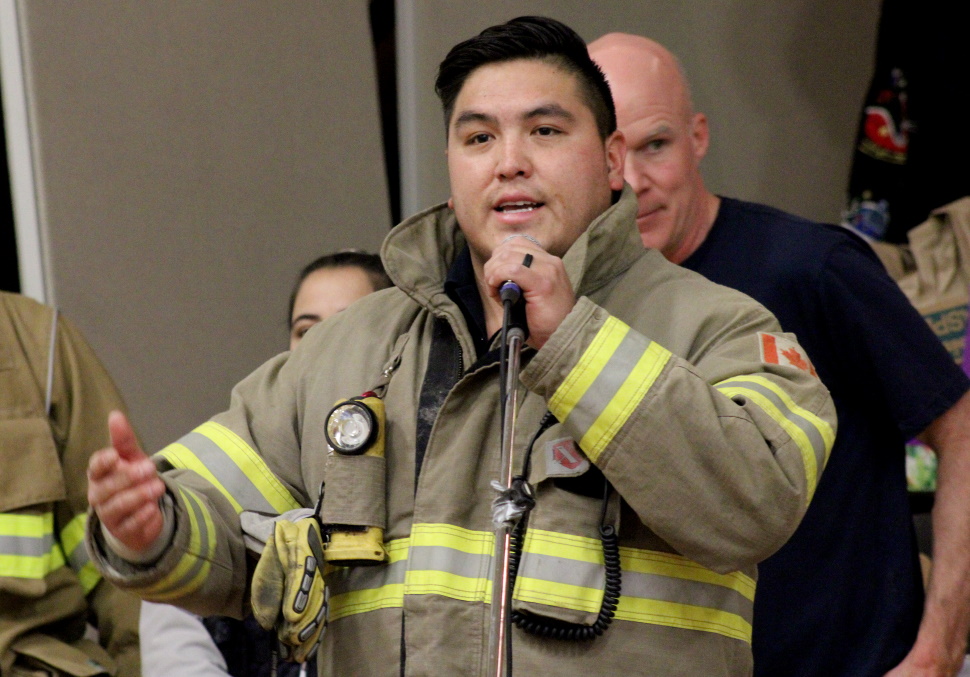 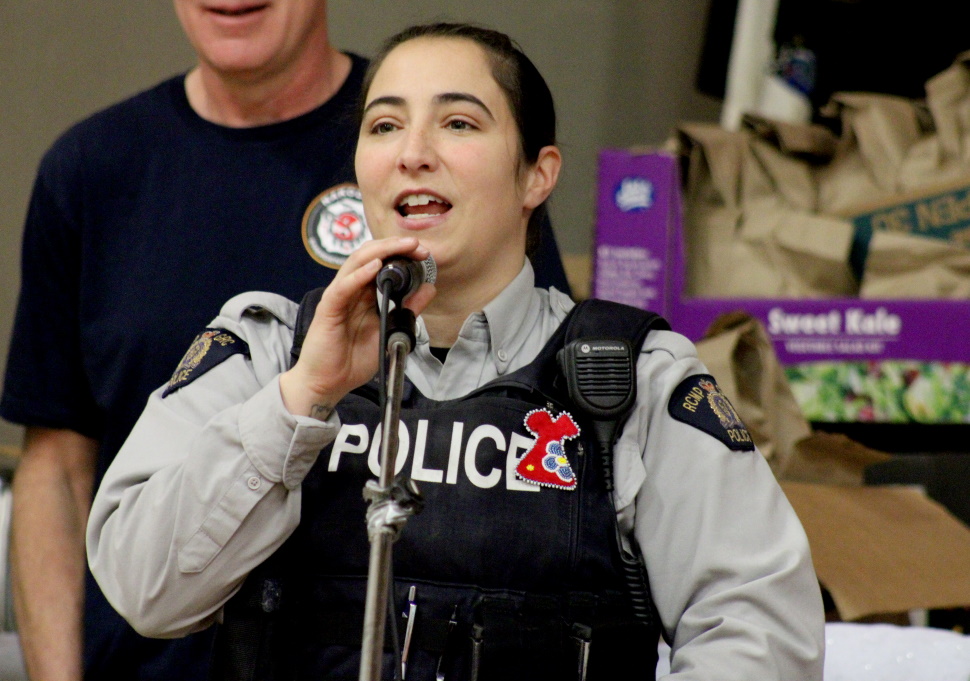 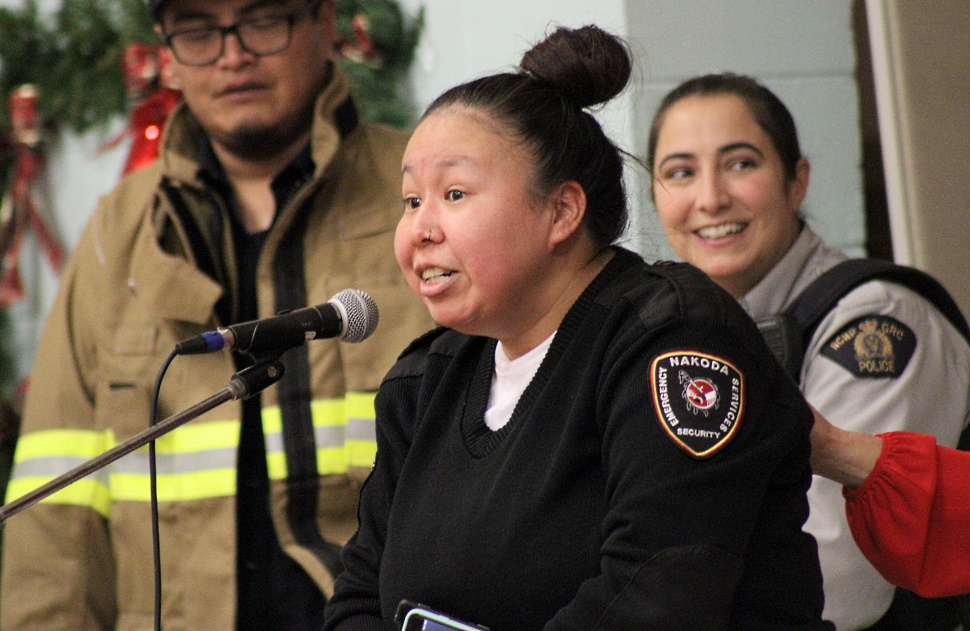