Want to know what a burtle is?

If you would like to tell the world that you have seen a burtle (a combination of a bear and a turtle) then you should take a stroll in the Cremona nature walk.

That is where you will encounter all kinds of animals including the mythical burtle. Don’t worry though, they are all completely harmless and make for a very interesting walk.

The burtle came from the imagination of a mom and daughter team who entered the Create the Cremona Creature Contest. Eleven-year-old Calli Reid and her mom Pamela put their heads together to create the creature.

According to Calli, a burtle likes to eat bugs, has six claws on each foot with pokey scales, and is the size of a bear. She says, “The picture of the story on the sign, (in the nature walk) looks exactly like its habitat, and it is so cool.”

“We had received a tourism grant to do some things to kind of make it a spot people would want to stop and walk around. We just started with a few silhouettes here and there throughout the park. Sometimes they startle people but for the most part, I think people enjoy them.”

There are currently more than 15 animal silhouettes with more to come. They are all made from metal and powder-coated black.

You can make a day of it on your trek to the Cremona nature walk in search of the burtle, Thompson says, “And we’ve got some picnic tables and stuff down there and it is a good spot to stop and stretch your legs and check things out.” 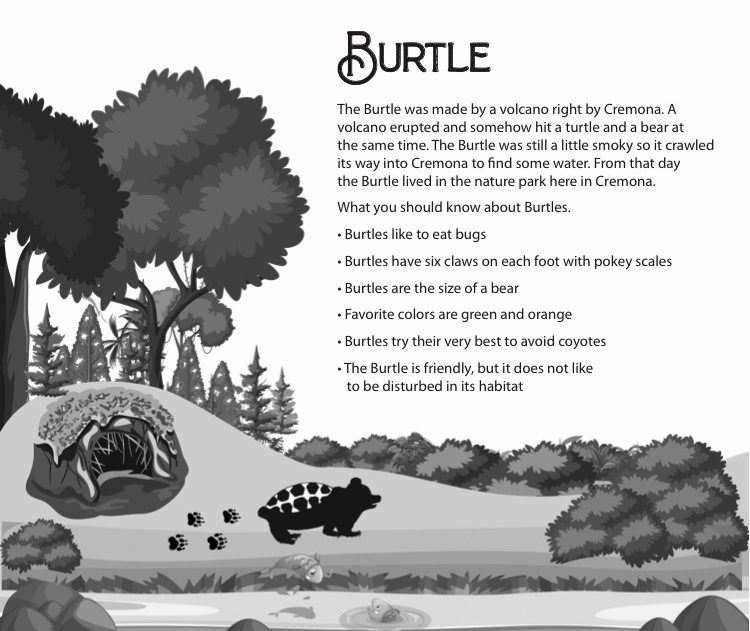 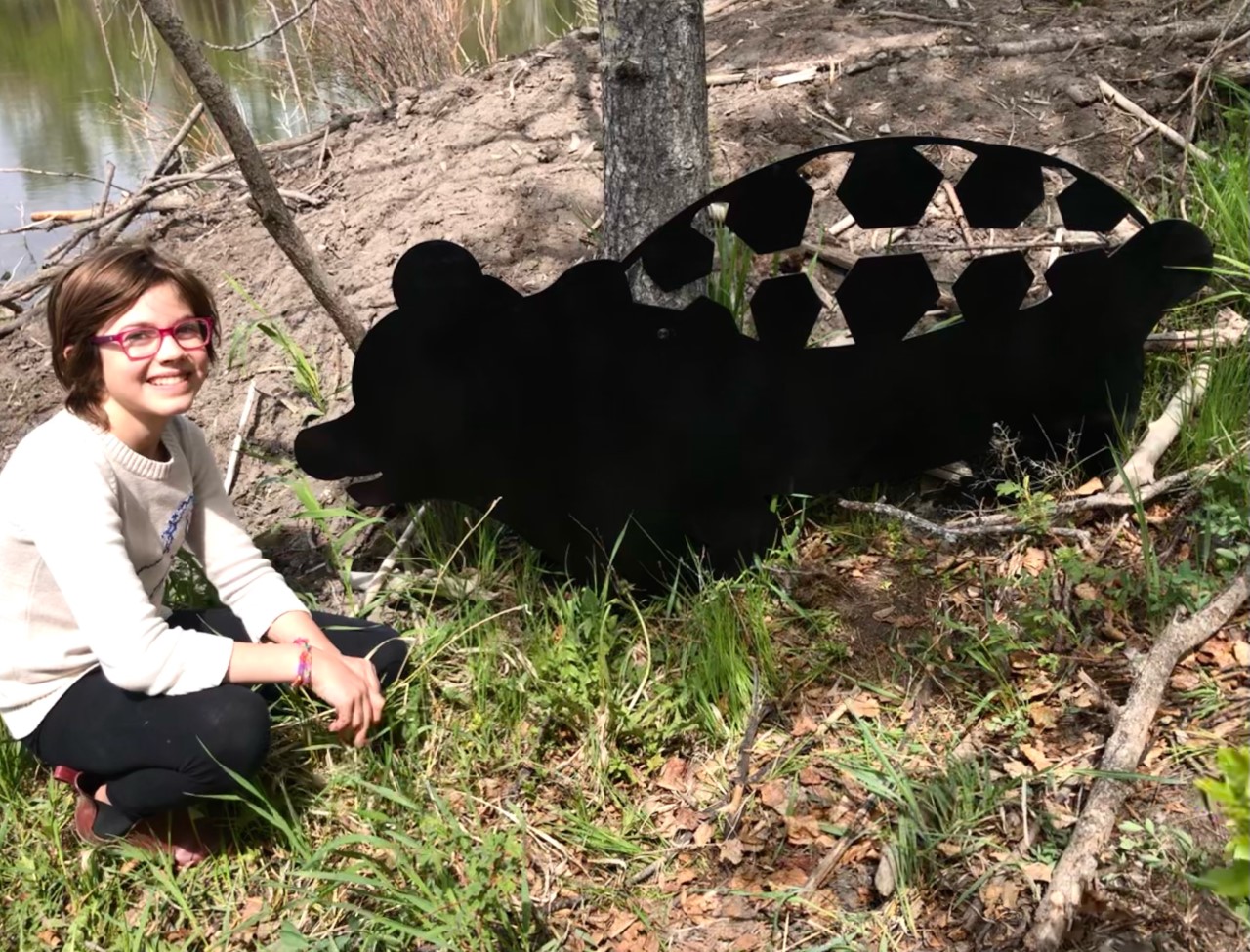 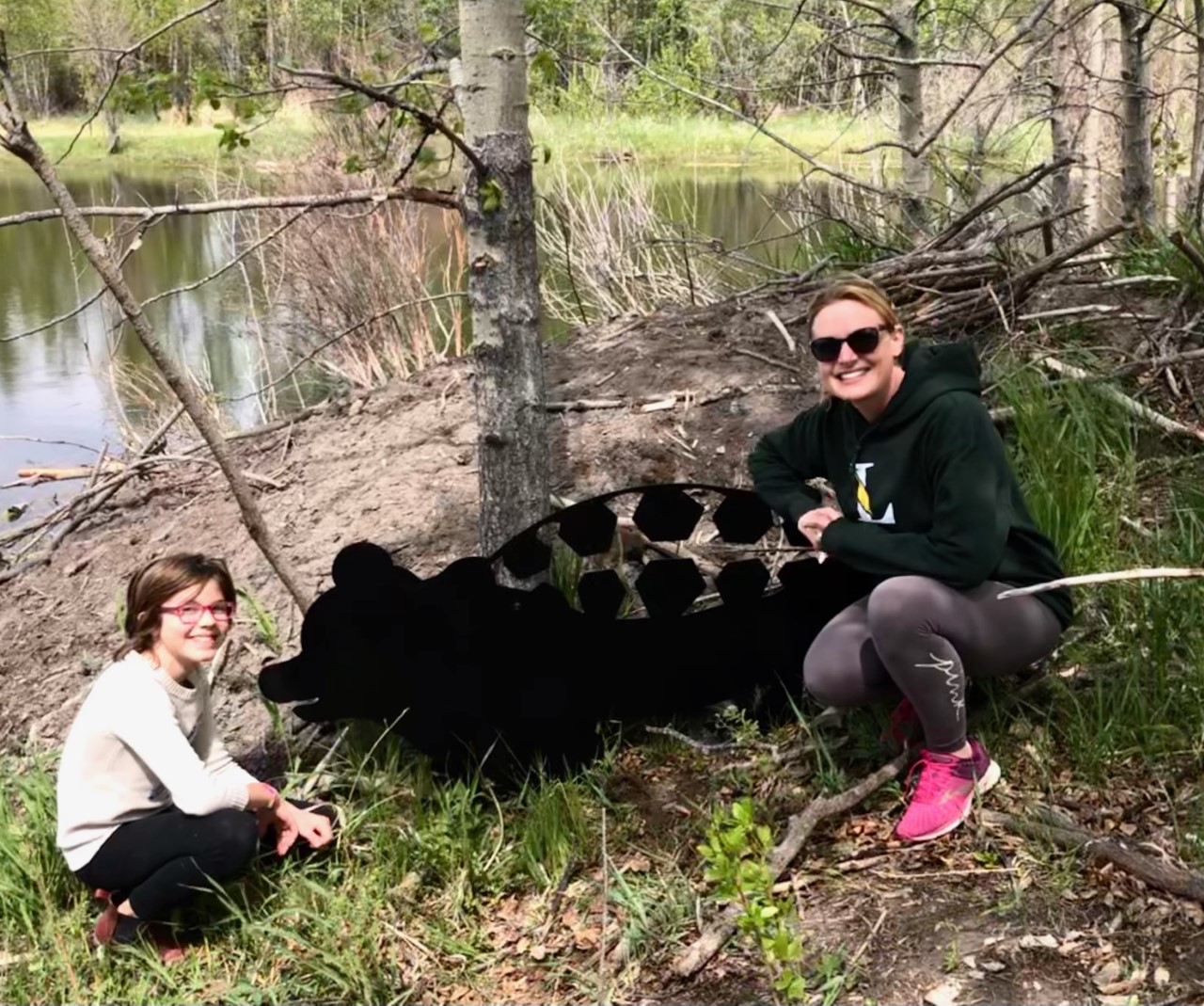 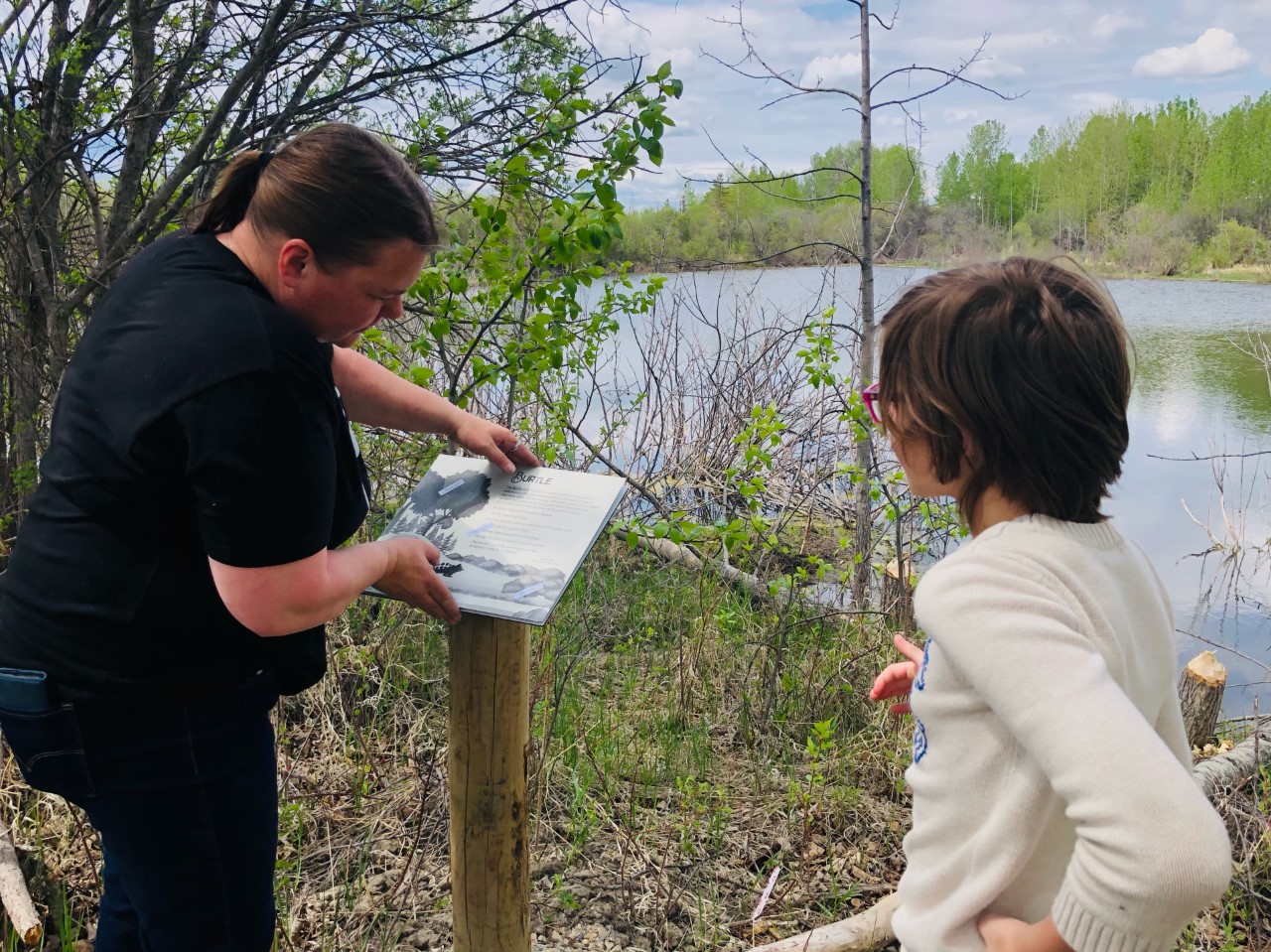 Get to know your Canada Day Headliners: The Contraband