The Christmas of over 450 seniors in the Cochrane area has been made a little bit brighter, thanks to the generosity of Cochrane area residents.

For the second year, the nonprofit organization Communities of Alberta Networking for Seniors Assoc. (CAN) spearheaded the Seniors Christmas Wish List to bring joy to the elderly in our community. Gifts were provided for seniors in all four Cochrane lodges as well as for some who live independently.

"We appreciate the community of Cochrane," says Cheryl DeMaere Ellis, southern Alberta area manager for CAN. "We see the love and the compassion they have for each other. It's so heartwarming."

"There were a lot of heart-wrenching stories this year of why people wanted to donate, and it was full of love and compassion, so we want to thank everyone in Cochrane."

DeMaere Ellis was thrilled with the number of youth organizations that stepped forward to help. There were minor hockey players from both the Junior Chaos and the U15 Rockies team. Some ringette players, who were already helping with the Toys4Kids campaign of the Young Professionals Rotary Club, stayed to help.

"We had several kids wanting to volunteer for the seniors, which is so special," says DeMaere Ellis. "They want to volunteer throughout the year, so every function we have, they want to be involved. To me, that is beautiful."

Nick Walsh, an alternate captain for the U15 Rockies, was among those helping.

"It's nice to give back to the community," says Walsh. "We want to make sure everybody has a good holiday."

"We're here to help to give gifts to people who maybe don't get many gifts or are having harder times than us," says McKinley Tysdal, another alternate captain for the team.

"It warms my heart to help all these people with these presents because they don't have much," says Alida. "It will be surprised, and I think they deserve this."

"I like to see them smile. It's really nice to be helping out," says her younger sister Kaedenc.

The Big Hill Lodge was one of the last places gifts were dropped off by DeMaere Ellis and Heather Williams.

In the inaugural year of the program, she says the residents were completely surprised to receive a gift.

"It was shocking to them. They were overwhelmed with joy. Quite honestly, the best Christmas in 20 years happened last year, and this will be just as special."

"Nothing means more than knowing that these residents are thought of and cared for by the whole community. It's a gigantic hug from the Town of Cochrane."

DeMaere Ellis sends a huge thanks to Cochrane Toyota for their help. The dealership served as a collection and sorting centre for the sea of gifts.

She also thanks team members Heather Williams and Alan C. and says it wouldn't have come together so smoothly without their help.

"We want to wish everyone in Cochrane a very merry Christmas and all the best in the New Year, and we want them to stay tuned for what we do next."

CAN also coordinated an afternoon movie at the Cochrane Movie House for seniors in July that was made possible by local sponsors and several volunteers. Nearly 200 seniors enjoyed a viewing of the classic film "On Golden Pond." 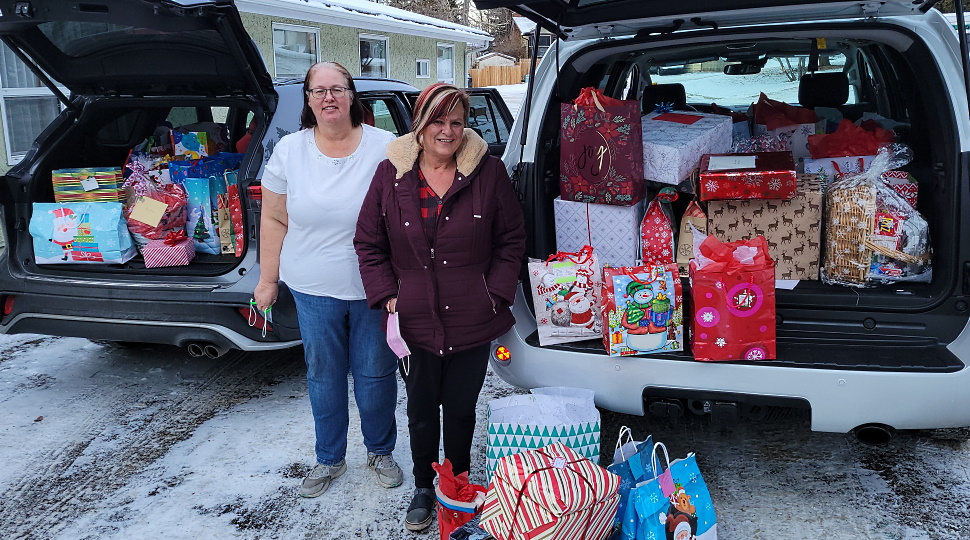 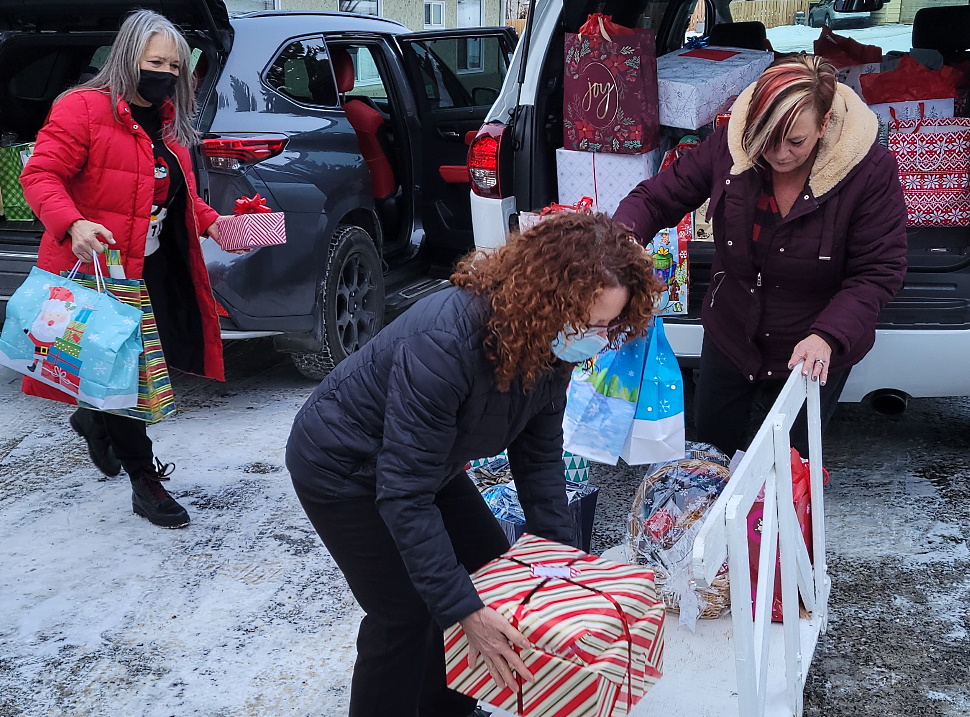