Cochrane and Rocky View fire services combined forces to quickly cut down the first major grass fire of the spring within town limits on the afternoon of Apr. 8.

Fire Inspector Jeff Avery says the fire is out and the area will continue to be monitored for hot spots. He says an investigation will follow.

Alberta Wildfire was also at the scene monitoring the situation. At one point, a helicopter had been requested to provide an aerial attack but was stepped down when it became apparent the fire was under control.

Some residents in the east end were out with fire hoses to protect their properties, says Avery.

"Fire was encroaching on some fences in the east end," he says.  "We did have a lot of residents out with hoses protecting their properties. The wind was keeping it slightly away from the fences, but it did rip up that hill in a hurry."

A large section of the Gleneagles ball diamonds outfield was charred, as was the adjacent soccer pitch.

"It's good timing because there was no property lost, there was nobody hurt, and there was only some burnt grass, but it was a large grass fire. This is an outstanding reminder for residents to be very careful with anything fire-related."

He says Cochrane Fire Services thanks Rocky View firefighters for their valuable assistance in quickly extinguishing the blaze. 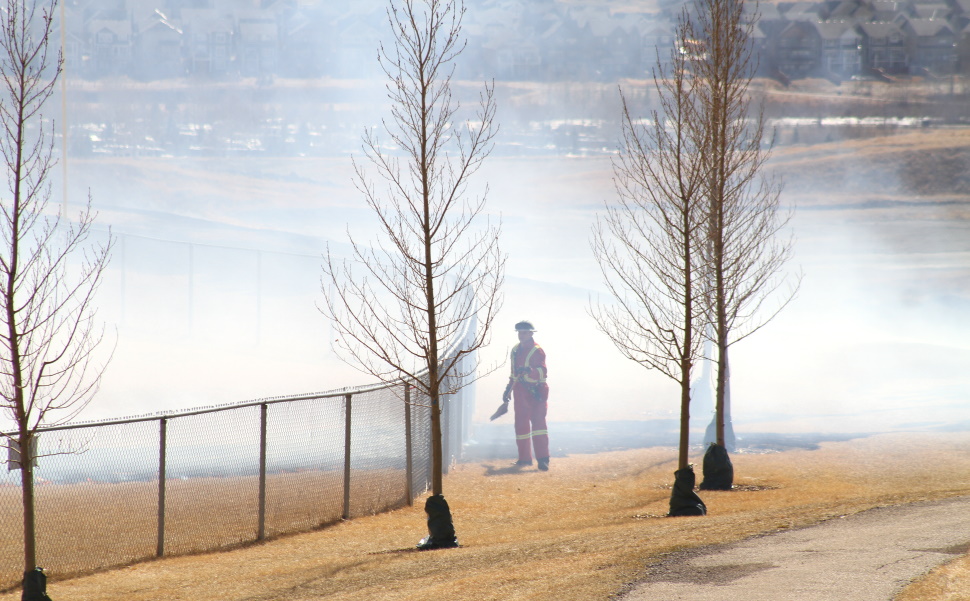 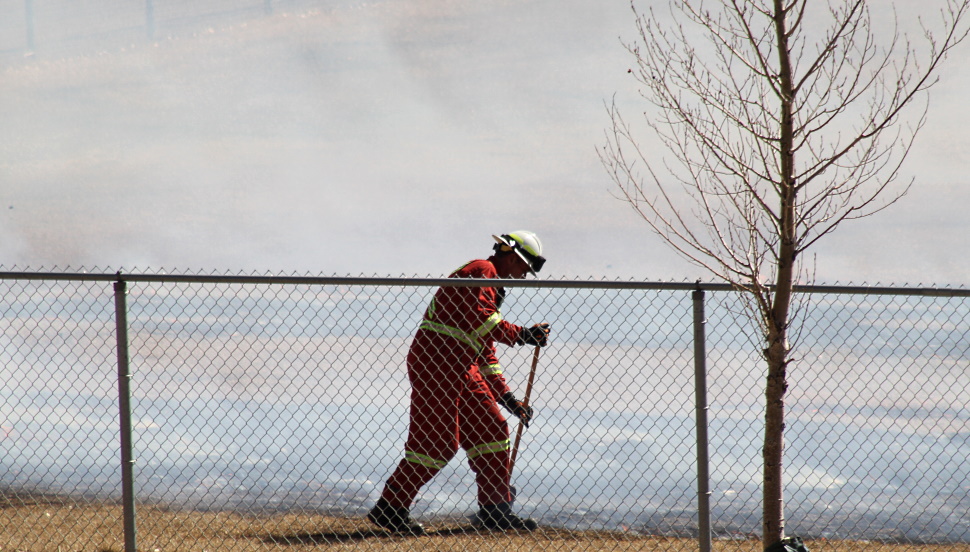 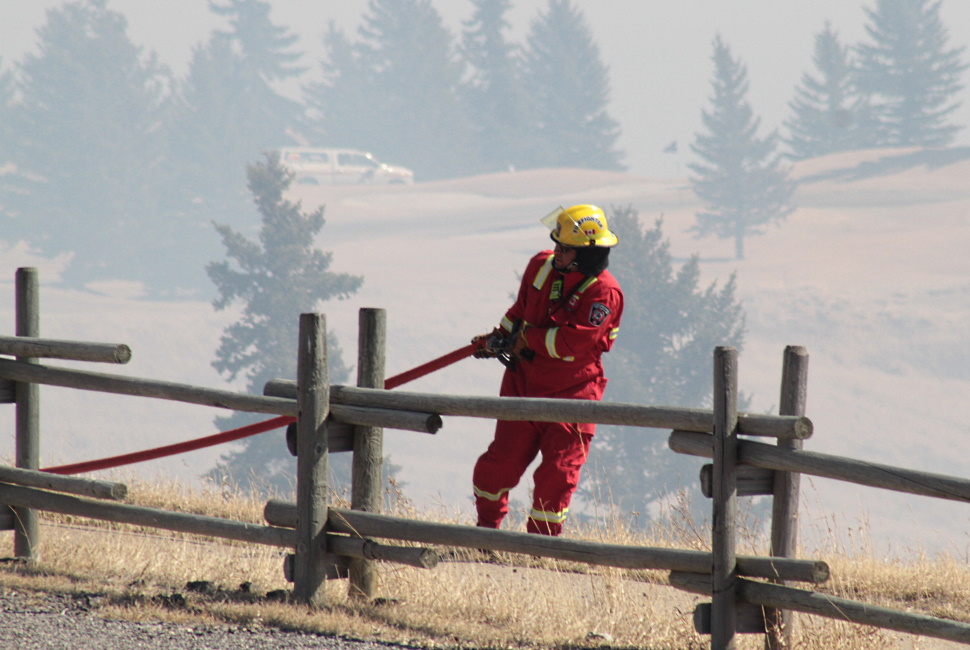 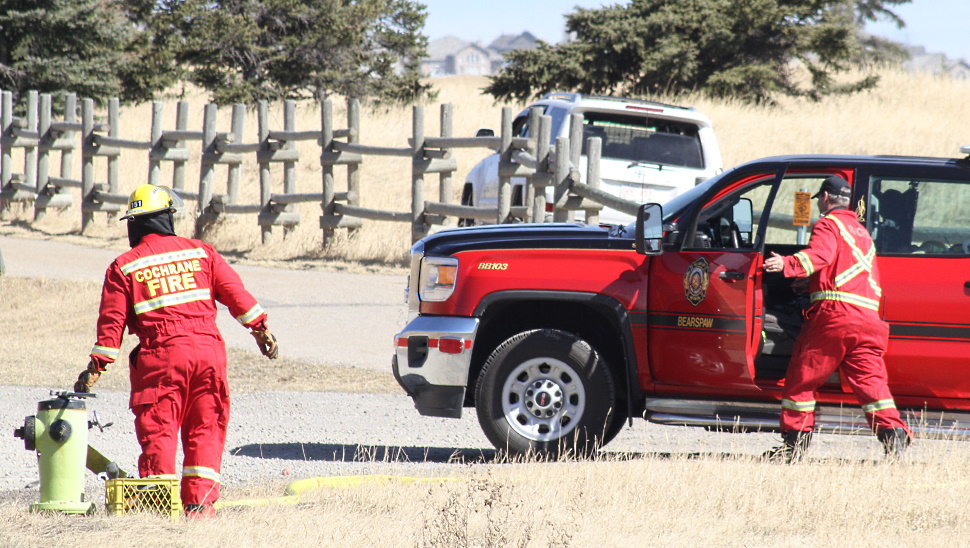 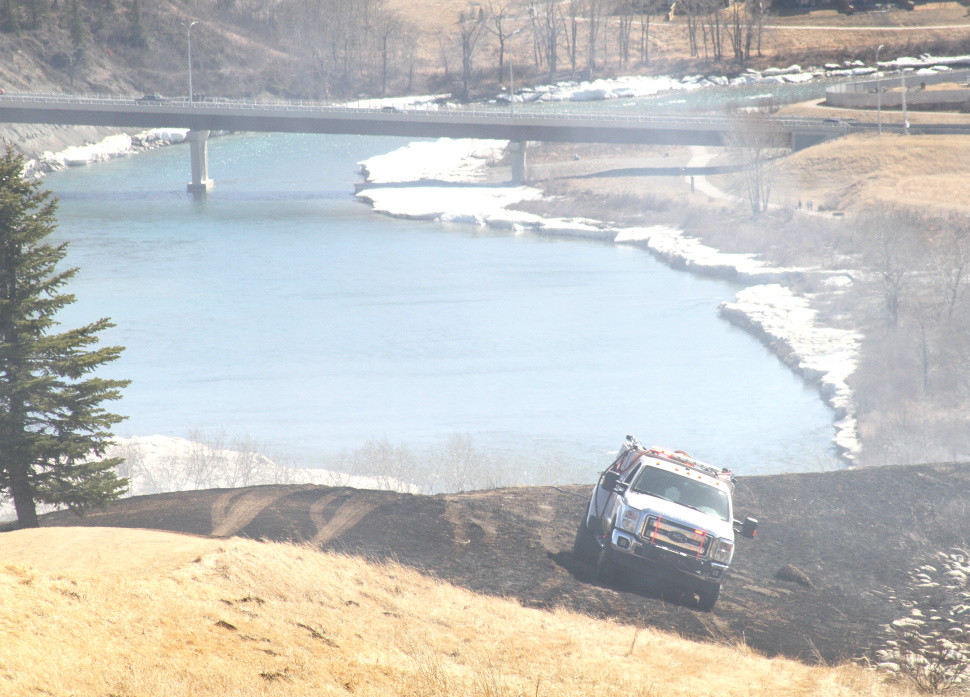 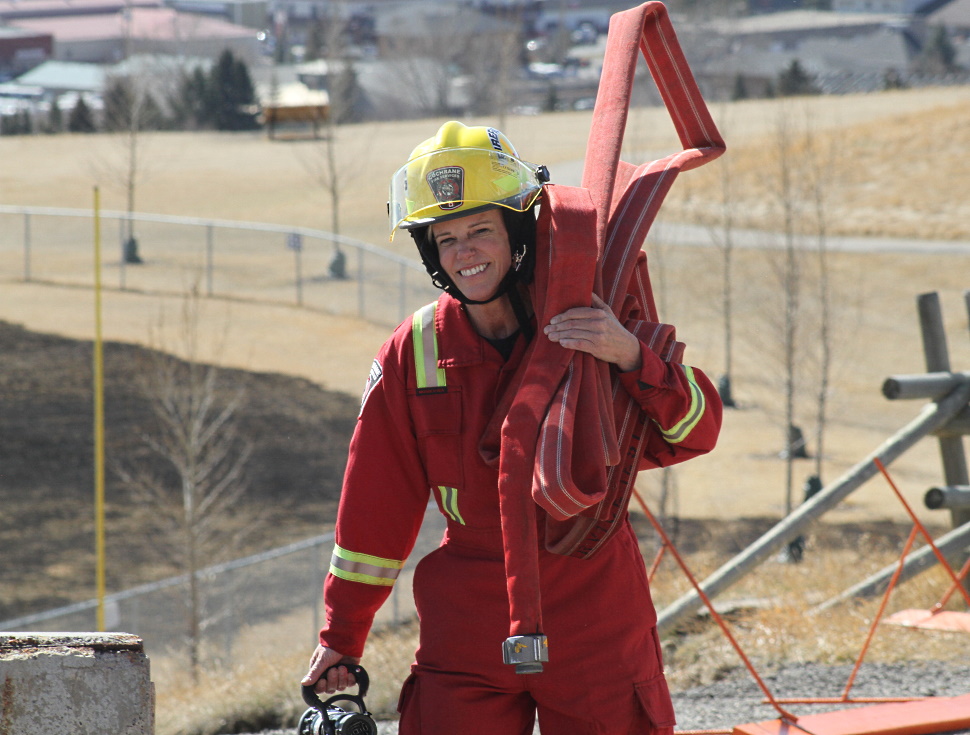 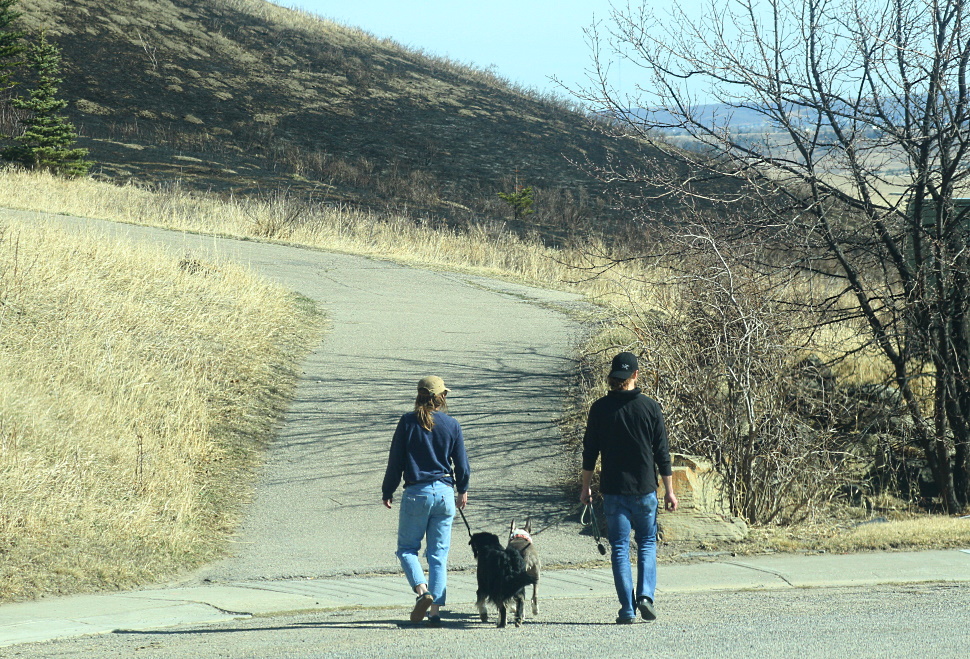