Girl hockey players in red, blue, and yellow flooded the hallway leading into Totem One in anticipation of the moment of truth.

When they hit the ice, it was like they had wings on their skates as they proudly did a speedy lap around the rink, then later returned for a mini-game during the first period.

It was the U11 and U13 hockey players who participated in the launch. In addition to the uniforms, they'll be able to cart their equipment around in Chaos equipment bags, and proudly wear and use other Chaos branded items.

"We're excited to get them into the red, blue, and yellow Chaos jerseys," says Chaos manager Carla Ironside.

"I think it is a testament to the relationship built over the last six years with the community that the younger girls want to be part of the Chaos family and want to be wearing those colours, and they're excited to be out there wearing that logo."

Ironside says the club aims to build a strong core of Cochrane and area players from the many girls now honing their skills in minor hockey.

None were likely prouder to see the day arrive than Lorne Bremner, female hockey director. Unfortunately, he was on the road for one of his daughter's hockey games.

He says Chaos head coach Derek Loomer and the entire Chaos organizer are 100 per cent behind the move.

"We look at it as inspiration for the girls to be a part of that program, and why wouldn't you follow in the footsteps of that?"

The jerseys also bear a Cochrane Minor Hockey Rockies patch on the shoulder.

There are some Cochrane players on the Chaos junior team, including Summer Gibbons and Sarah Nusl. They've recently added midget players Sarah Kerr and Rowan Bremner as affiliates.

"I think it's just the start of it," says Bremner. "We're at that point where three years from now you'll see a handful of girls on that team, fingers-crossed," says Bremner.

The female program continues to grow and currently has about 200 players, up 32 from last year.

"The really exciting part about that is from U11 and up, 95 per cent of those girls are playing female hockey, whereas we use to have a healthy percentage playing co-ed. We were probably 60-40, and now we're 95-5."

The program has been built extensively since he came on board seven years ago. When his daughter Rowan joined the program they advanced her to U13 to help fill the roster.

"It's hard to believe at that time we didn't have enough players, so we brought up younger players to fill the roster. What's happening now is very exciting."

They now have 10 female minor hockey teams, five of which are playing in the Rocky Mountain Female League. The most they've ever had in that league before was three.

The female program is fortunate to get a big boost from a highly active group of volunteers working in the background, says Bremner. Besides helping to organize the jersey launch, earlier in the season they celebrated International Girls' Hockey Day in conjunction with a Chaos game and helped with the season opener of the Chaos that always includes representation from girls minor hockey.

He says they have much more up their sleeves for the season ahead. 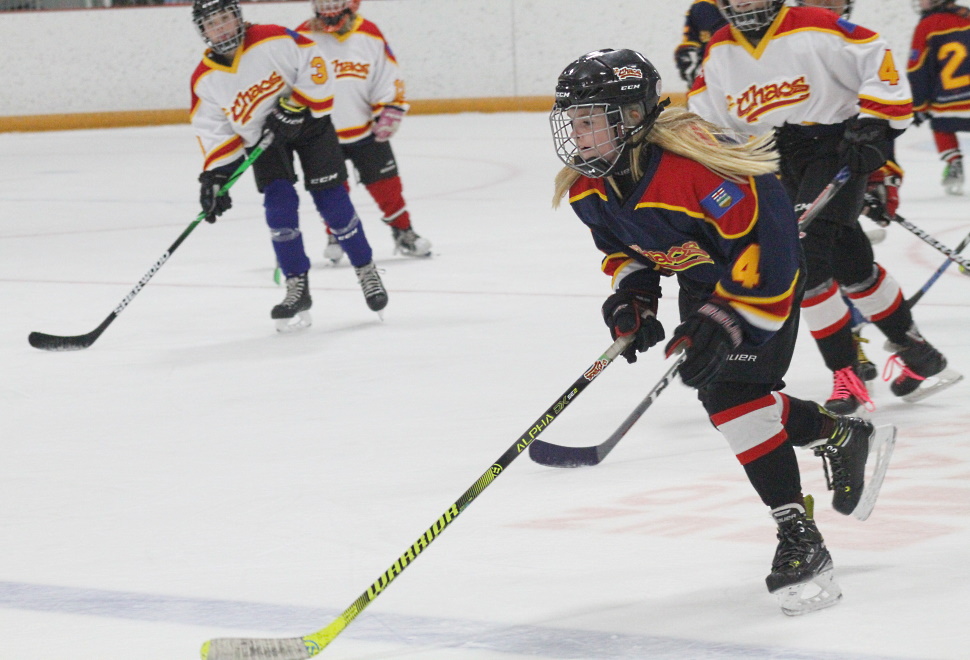 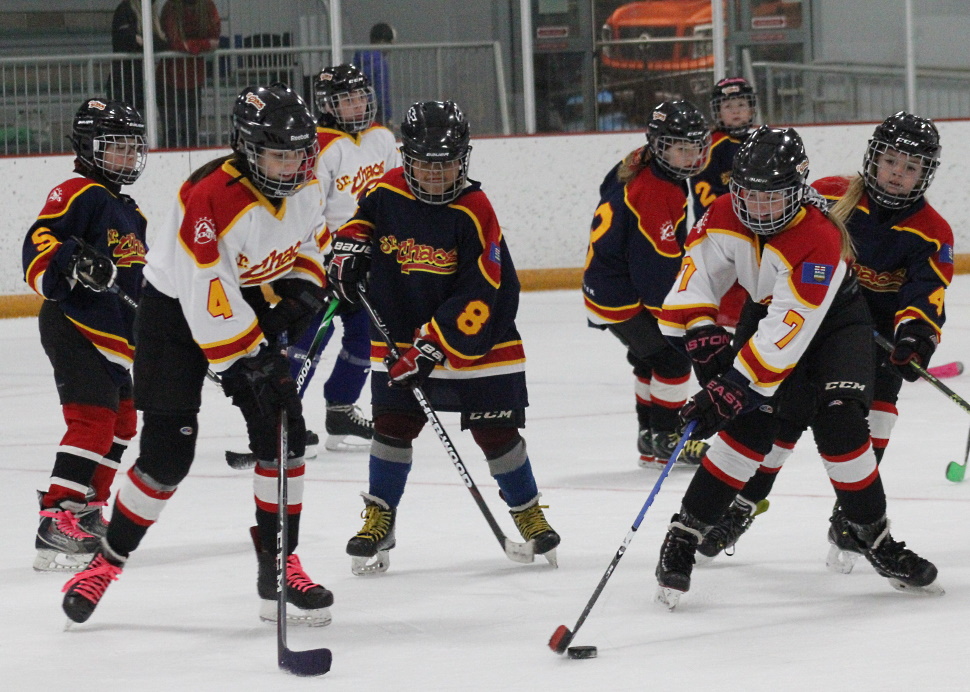 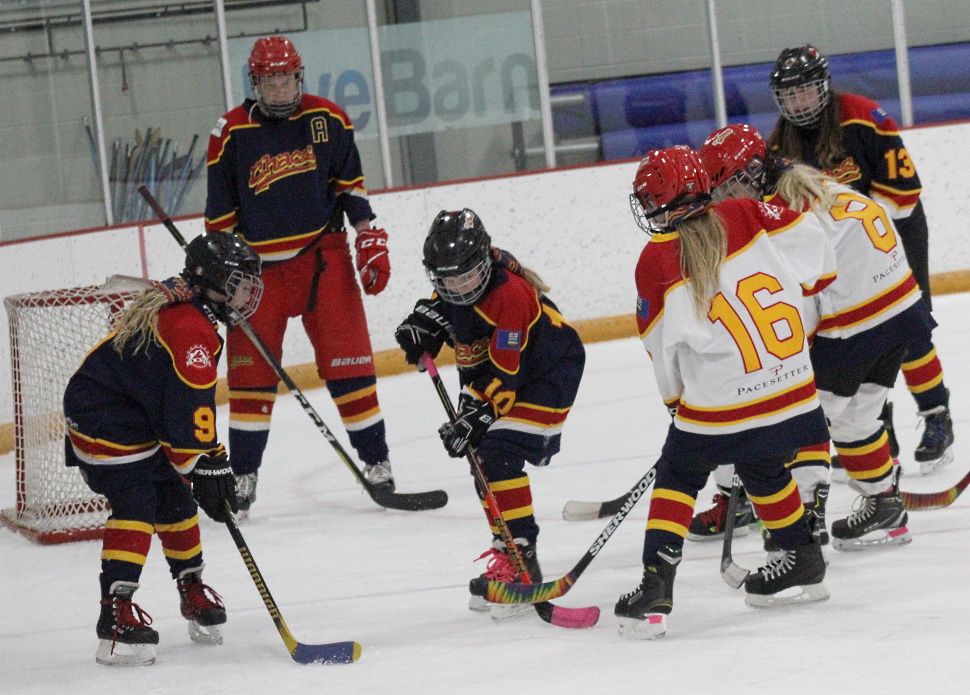