The rain may have limited the family dance, but it didn't prevent residents of Redwood Meadows to stay for the fireworks or look up to the sky elsewhere in the community.

Canada Day is always special in Redwood Meadows, 26 km south of Cochrane, and it's the first time they've been able to come together to celebrate it since the pandemic. It's a leisure day of family fun, kicked off by their traditional and acclaimed Decorated Bicycle Parade that drew hundreds of participants to pedal or walk around the community.

Head organizer Kim Snow, a board member of the Redwood Meadows Community Association, says it was a great day, and they were fortunate the rain held off until the last hour.

"I loved how community members stepped up and helped where we needed it. I think everybody had fun. For our first event back after COVID and us being a new board doing it all from scratch again, I think it went really well."

Family events followed the parade. There were bouncy castles, face painting, henna, and glitter tattoos, live entertainment, plenty of food, yummy birthday cake, and a chance to catch up with friends and families.

Snow says the giant slip 'n slide manned by Redwood Meadows Emergency Services proved to be hit.  They used every drop of water from the pumper at the event, leaving the kids wanting more.

"My son was muddy by the time he got home," she laughed, "But the kids loved it and it was so fun. I mean, we couldn't ask for a better day weather-wise. It wasn't too hot, it wasn't too cold, and the rain went around us for most of the day."

It was also the first time they held a family dance.

"As Kelli put it, it felt like a big house party because we're all under the cover of the concession stand and our DJ kept playing and kept everyone into the mood."

As the crowd awaited the fireworks, he played "The Final Countdown." When they started to fill the sky, he fired up Katy Perry's "Firework" and Cool & the Gang's "Celebration."

The UCalgary Cochrane Gymnastics Club was among the walkers in the parade. The hope was to have a vehicle parade, but when that didn't pan out, the club came all the same.

Sisters Colette and Kelty Edwards are coaches of the UCalgary Gymnastics in Cochrane and their mother, who manages the facility at SLS Family Sports Centre, lives in Redwood Meadows.

"We decided to get all the kids together to come out and enjoy the parade and show off some cartwheels and handstands and have some fun," says Colette

They hope to participate in more parades and community events if they don't conflict with other commitments on their schedule.

"I think this is a great first opportunity for the UCalgary Cochrane gymnastics to be able to have the kids come out and try it with their parents and see if it would work," says Kelty. "It was super fun, so I think we'd like to get involved in other parades and different things."

Elle and Miriam were among those from the Cochrane Gymnastics Club performing in the parade. They said it was fun to participate and enjoyed seeing many people along the parade route cheering them on. 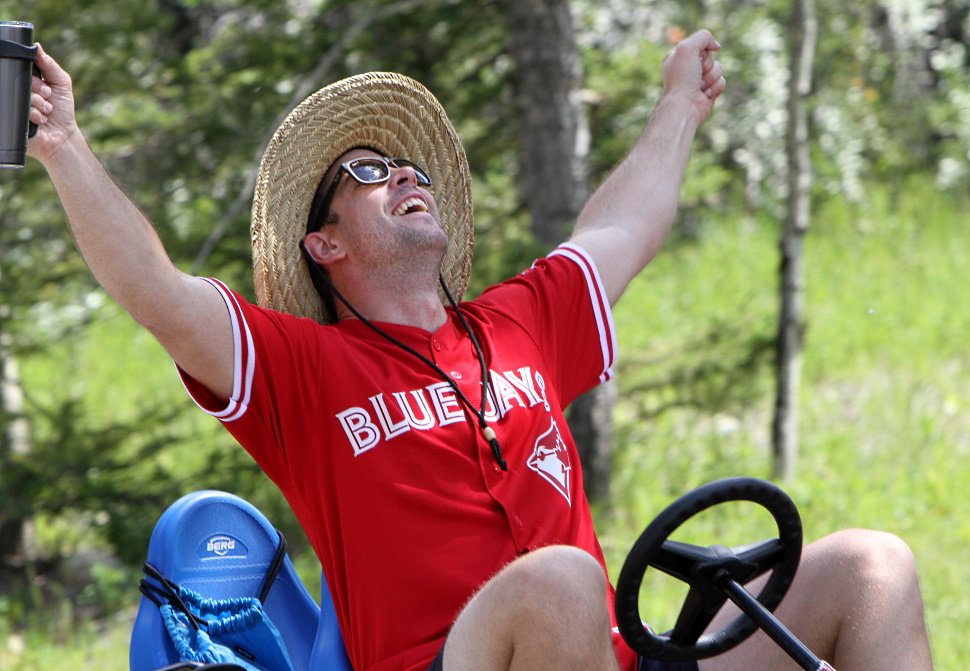 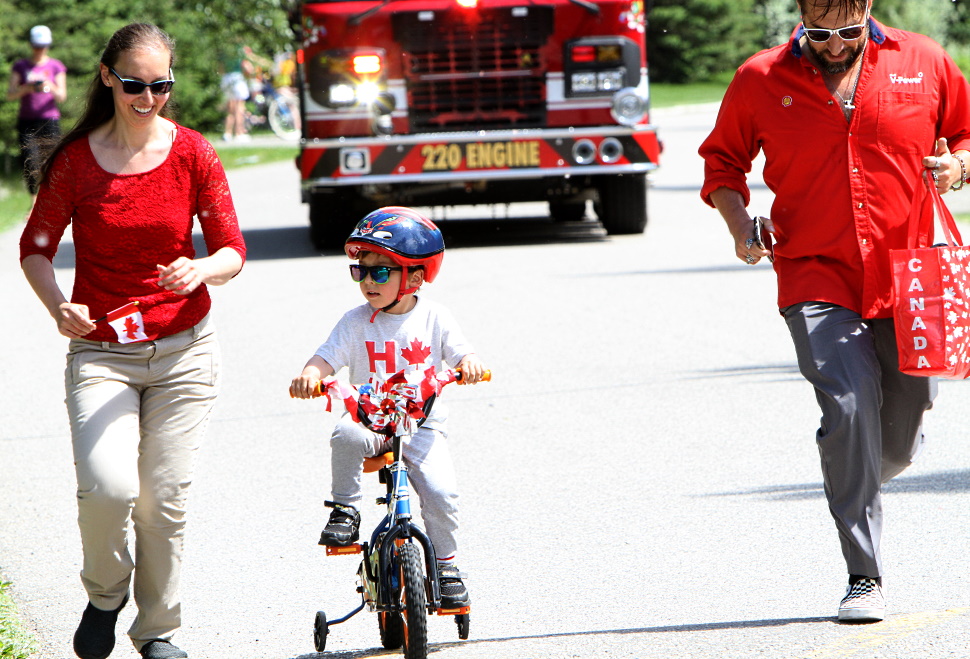 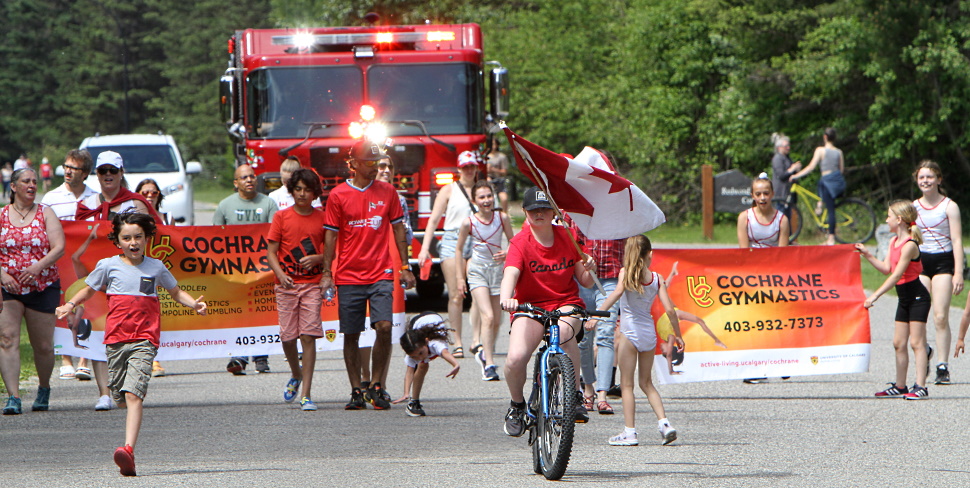 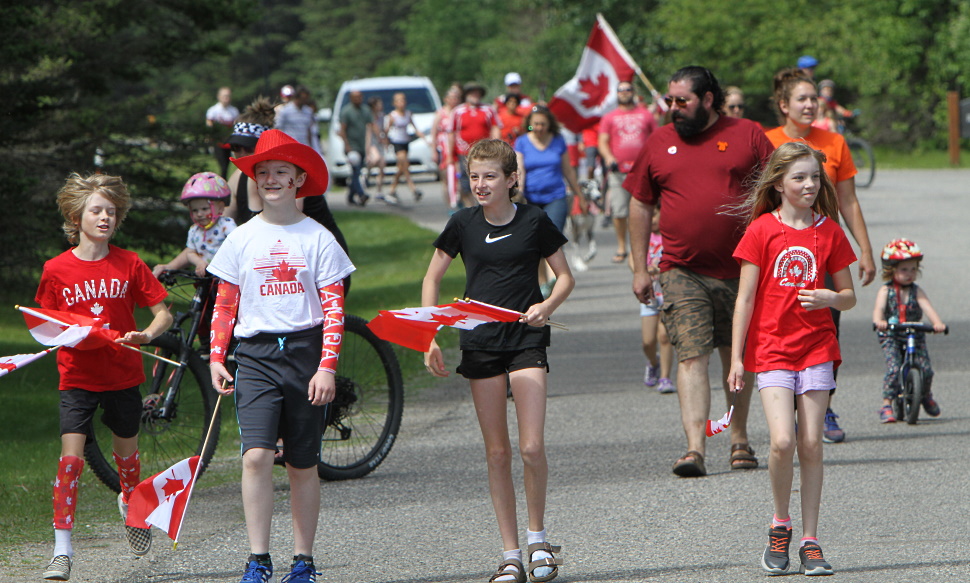 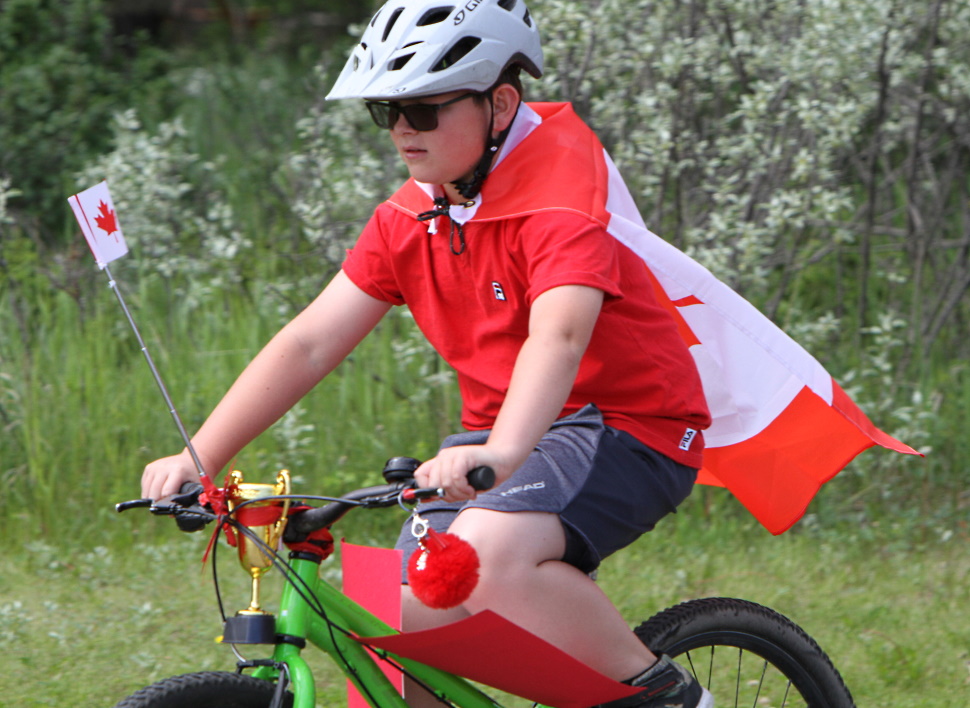 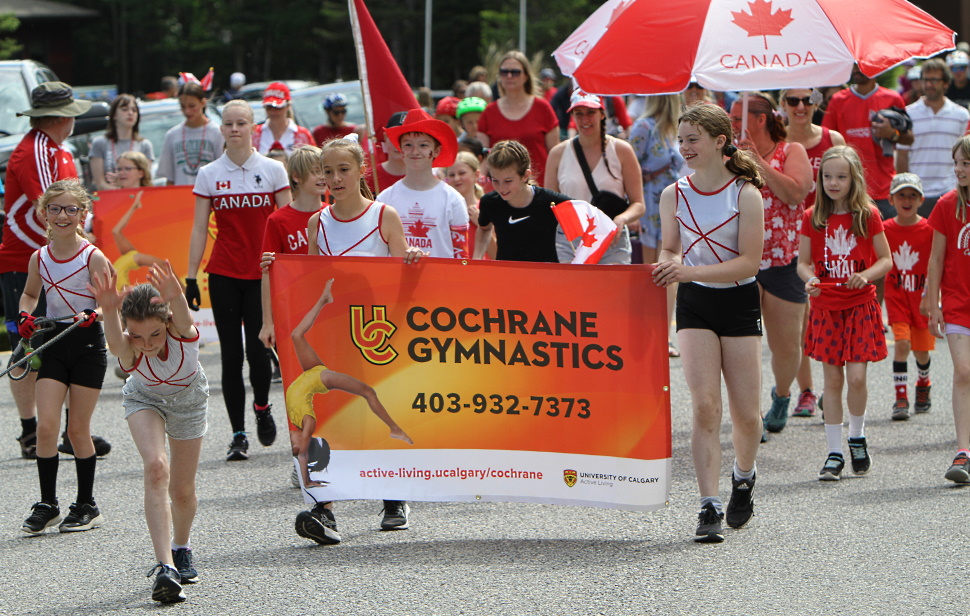 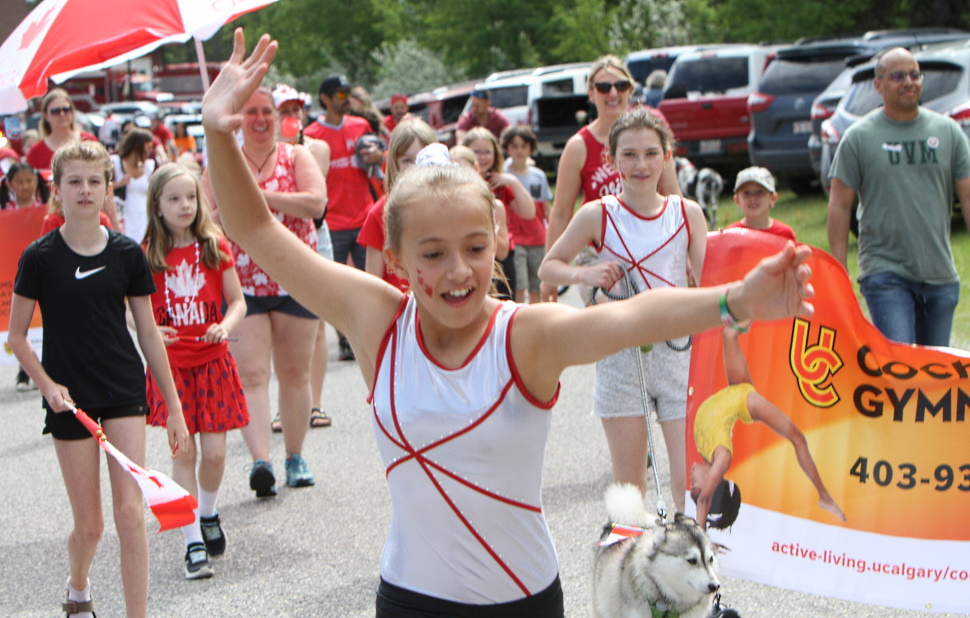 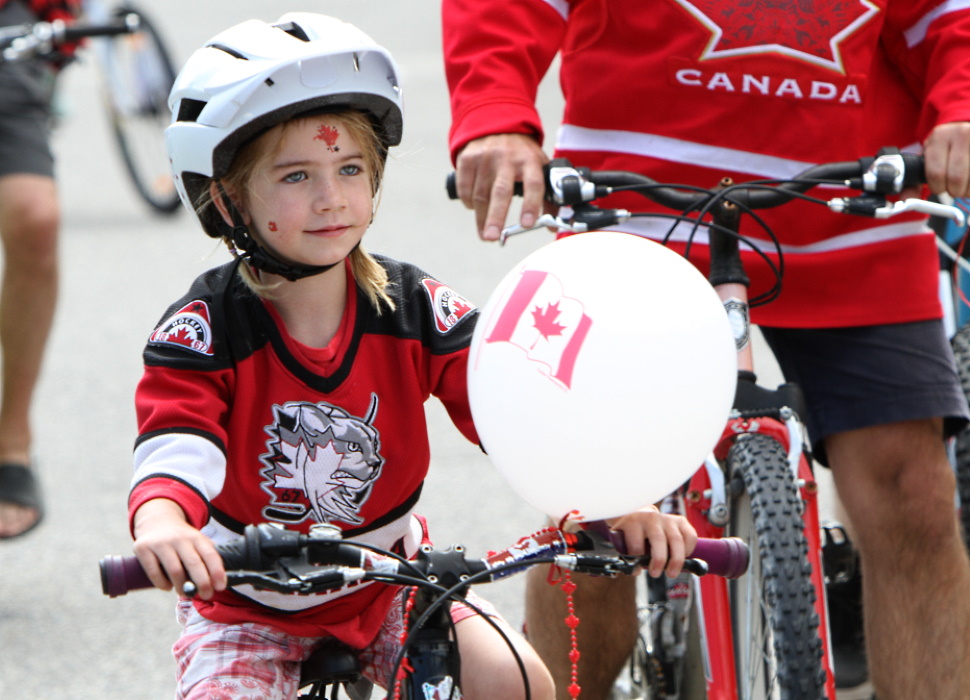 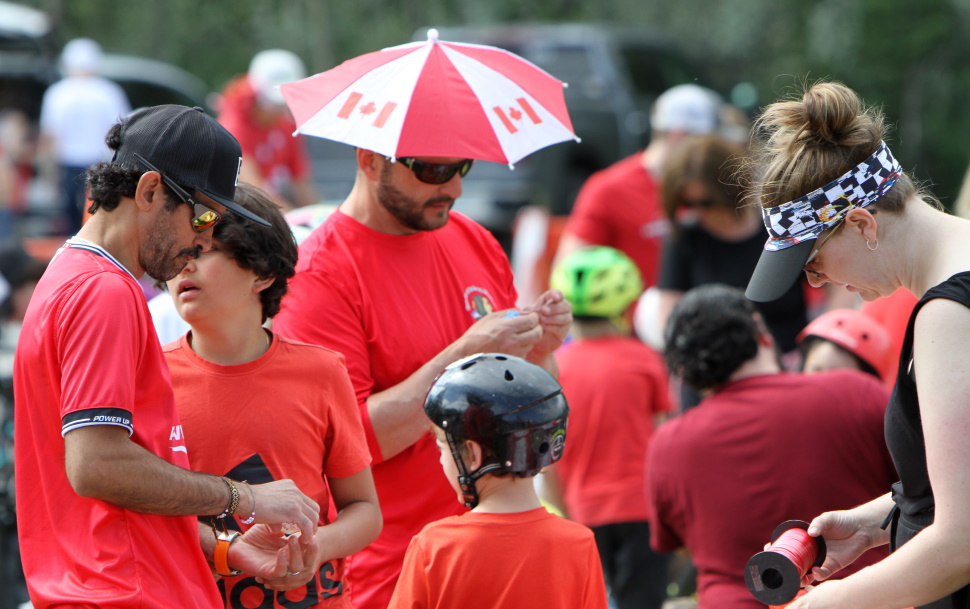 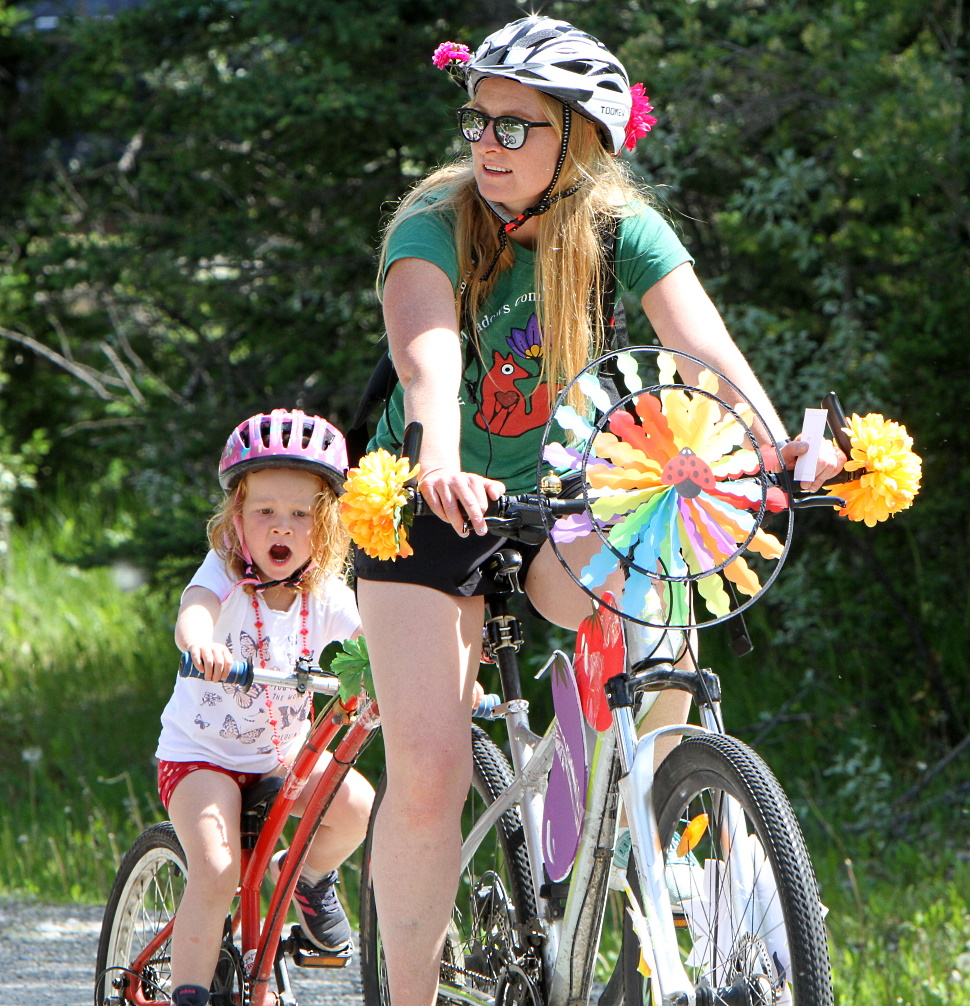 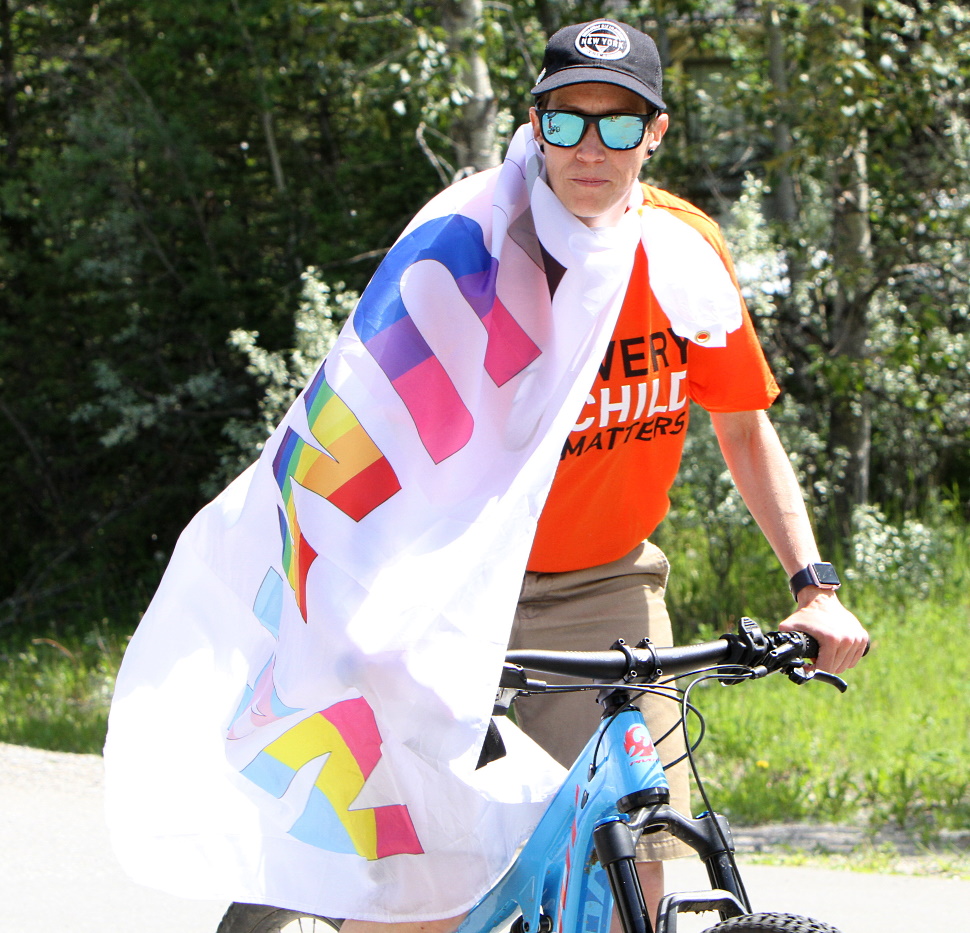 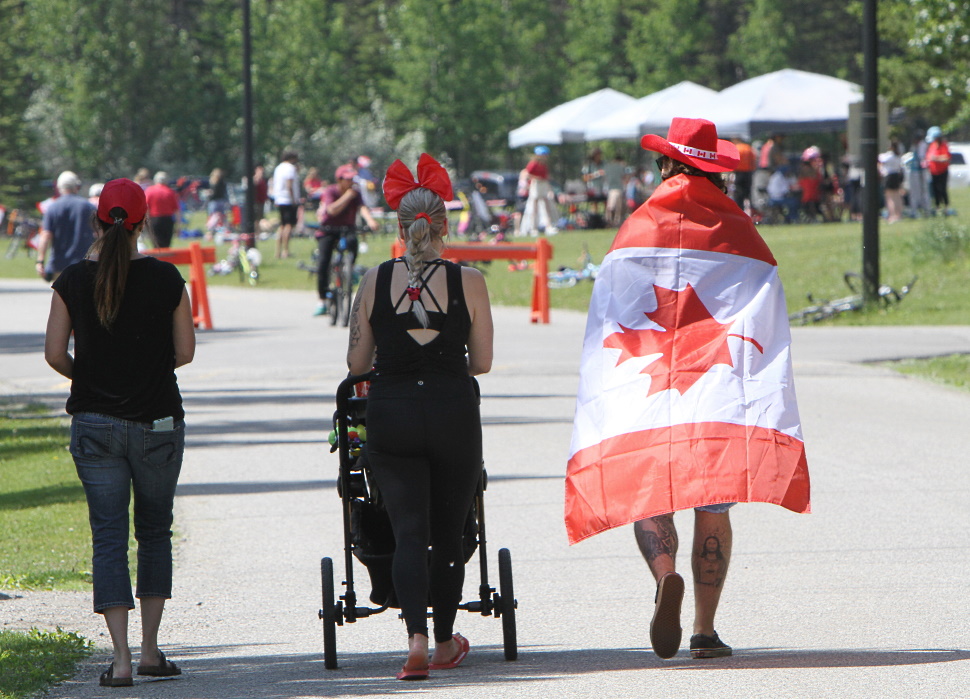 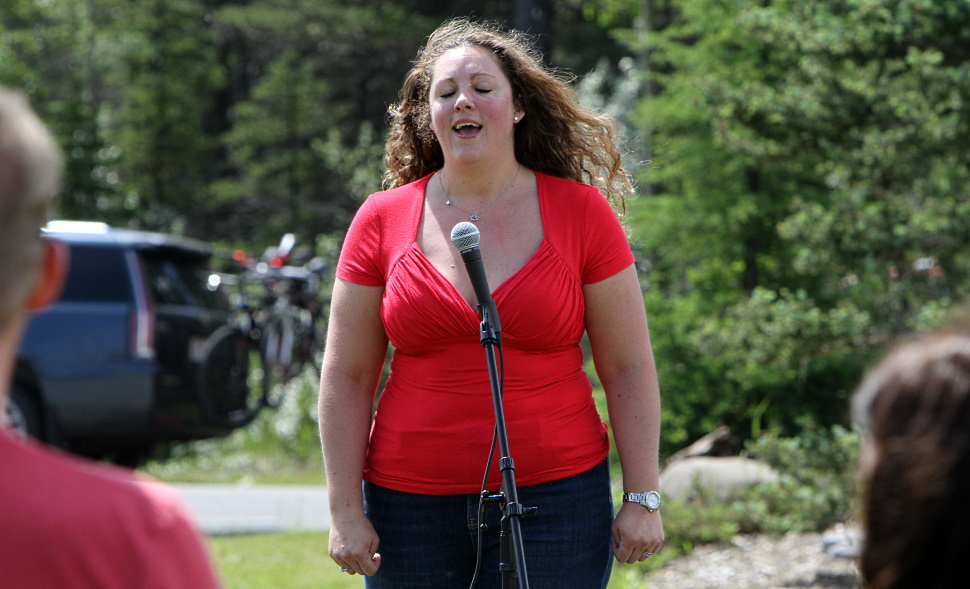 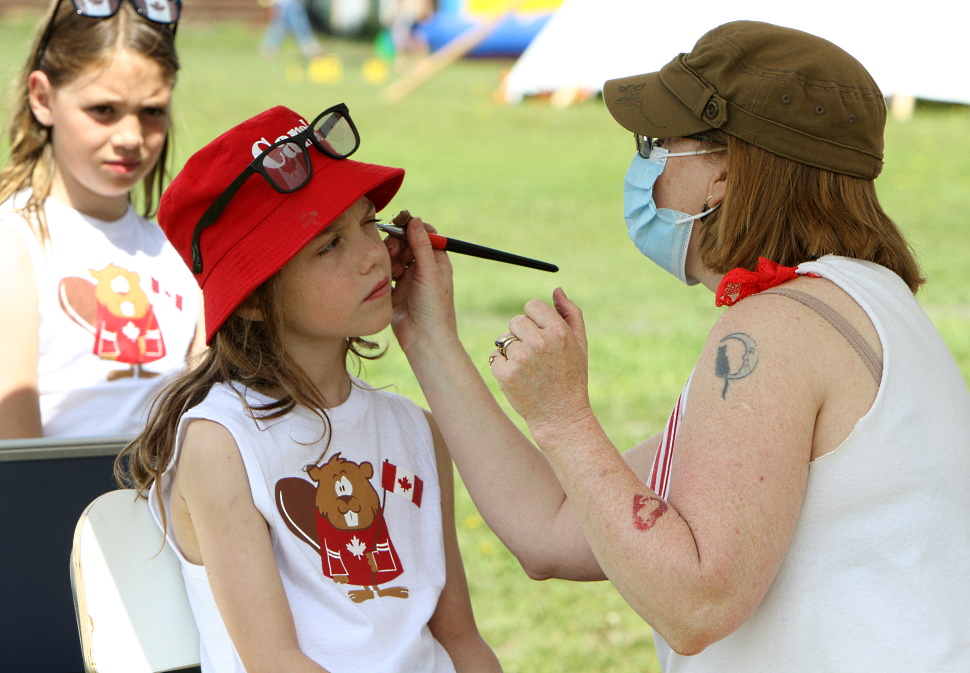 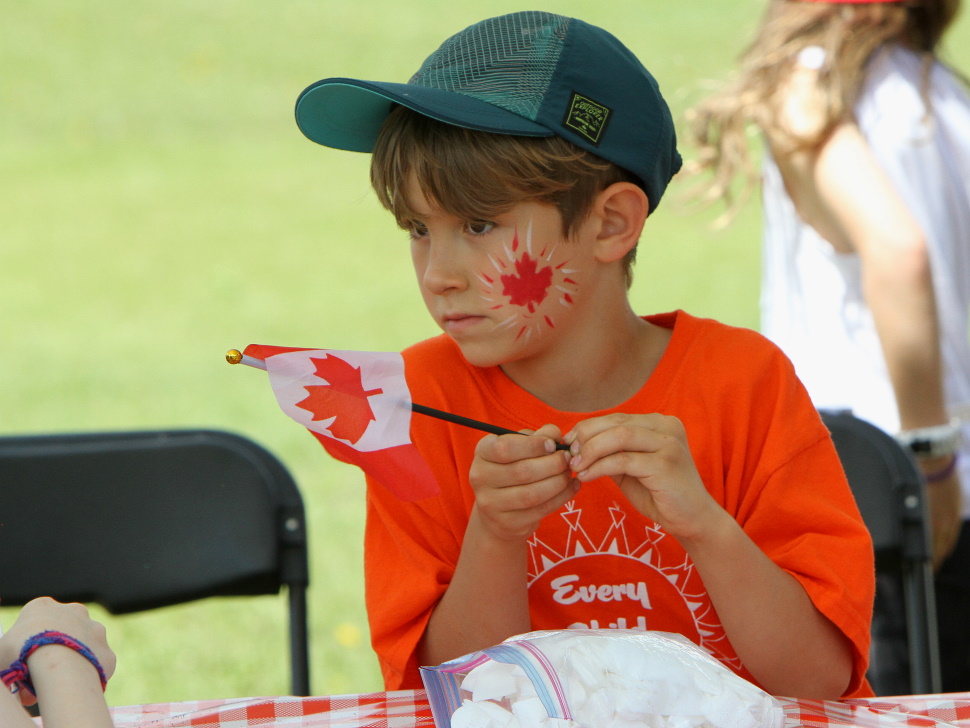 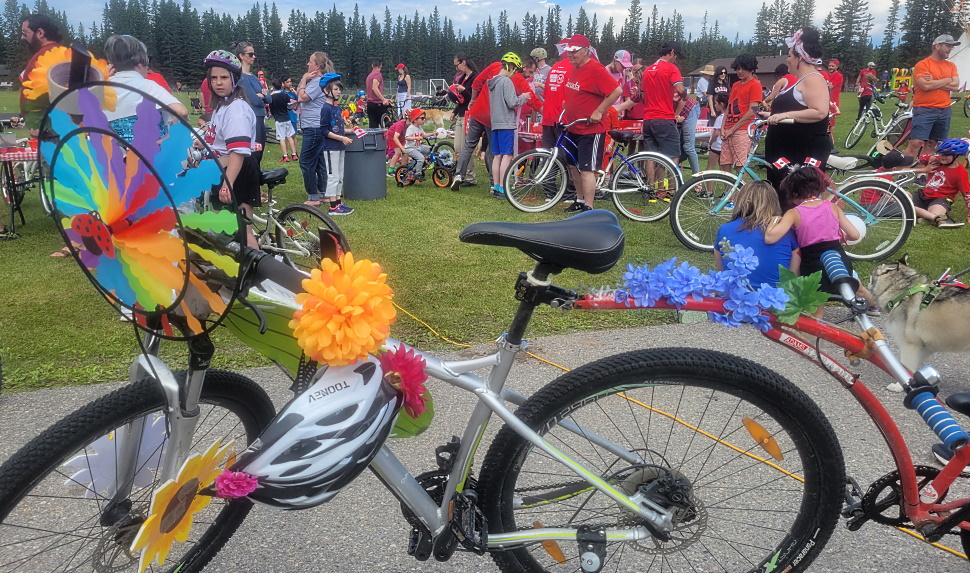 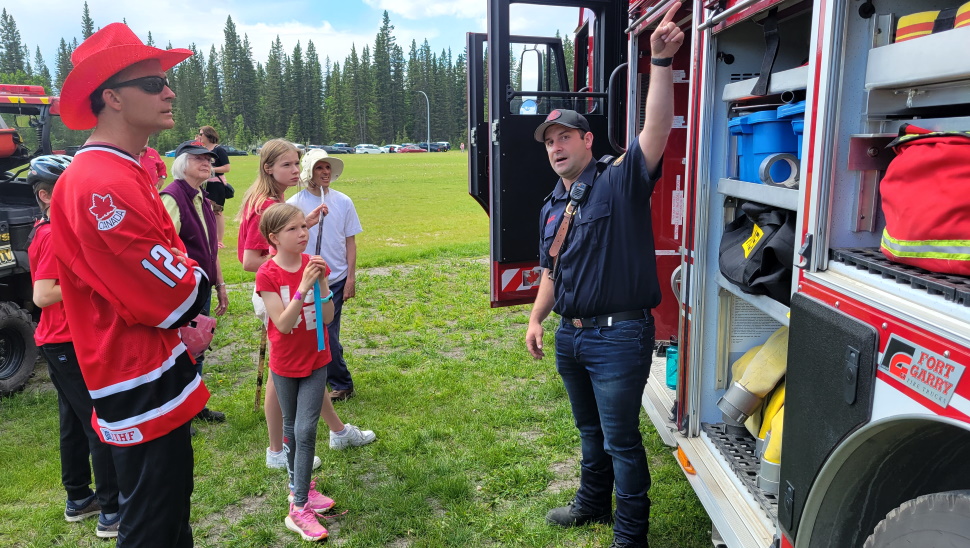 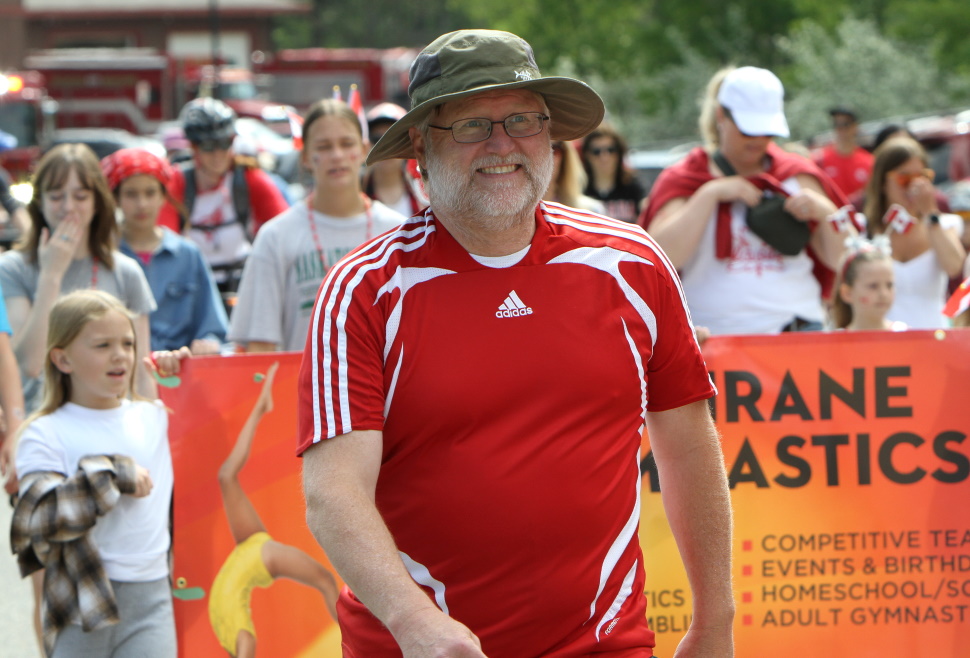