The mural created by Calgary-based Indigenous artist James Brittain and a grade 5 class of Cochrane's École Notre Dame Des Vallees was unveiled on Apr. 29 to thunderous applause at a school assembly.

The masterpiece was the result of a project that started in 2019 before the pandemic and resumed when restrictions eased. It depicts a horse in motion in multiple colours and now proudly hangs in the school's common area for all to see.

To help determine what the mural should depict, Brittain first visited all students in their classrooms, then went home to pray.

"Usually, I'll get nice dreams, and I always let my dreams inspire me with the art. So if I have a dream within that time period, which I usually will, then I'll let that dream inspire me, and I'll use that as my image for the school."

Grade 5 student Miriam Brousseau, who spent extra time working on the art project, loved being part of the creative process.

"It was really fun because we got to do some painting, and I got to stay longer because I was Student of the Month. I spent a lot of time with the artist. He's really nice, and we bonded very well."

During the assembly, Brittain, who is of Blackfoot descent, spoke of some of the challenges facing Indigenous people and the stereotypes they endure

He says many see the colour of his skin and braids and instantly assume he's a drug addict or alcoholic or has been in prison at some point.

"I don't drink, I don't do drugs. Of course, I've struggled with addictions before, but I think we all have. So, I just want to show them that we're all good people, and we can learn from each other."

"We're not stereotypical natives, and if we are, it's due to mental health problems and addiction problems that surfaced from colonialism or residential school.

Brittain was approached by the L'Éducation Francophone Dans le Sud de L'Alberta to create unique murals for each of their schools and appreciates the opportunity to work creatively with the Francophone community. He developed the program in conjunction with the school district and elders.

School principal Adèle Scott says it was a privilege and a gift to have Brittain work with the students.

"James is this very approachable person," she says. "For someone so creative and so talented, he was also right at the kids' level. As they painted, they would be chatting about everything and nothing at all, and he just made this beautiful connection with all of the kids. It was incredible."

The painting was completed in the school's gathering area, and students passing by caught glances of its progress.

"It kind of gave them the impression that they were part of the process, too, but for the grade 5's, they were just over-the-moon ecstatic."

The unveiling was an emotional moment for Brittain and some of the students.

"It was so personal to everybody that took part in that project," says Scott.

This was the second assembly leading up to the mural's creation. During the first, James was accompanied by an elder, who shared some of her stories and explained the significance of a smudging ceremony.

"I was blown away because the kids were allowed to touch and to smell every herb and every medicinal element that she was putting into her smudge, and then she showed them what a smudging ceremony would look like."

That same assembly, Brittian performed a traditional Blackfoot dance in full regalia and explained the significance of face makeup used for the ceremonial dance.

"Then off went the face makeup, he changed into his regular clothes, and he still made a connection with the kids."

Barbra Defkin, an educational consultant for the school district, says Brittian has now completed murals for six of its 15 schools. He will also be creating one for the district's headquarters.

"Each time he brings a project to life with the students, it's the process itself that brings to life the actual masterpiece," she explains. 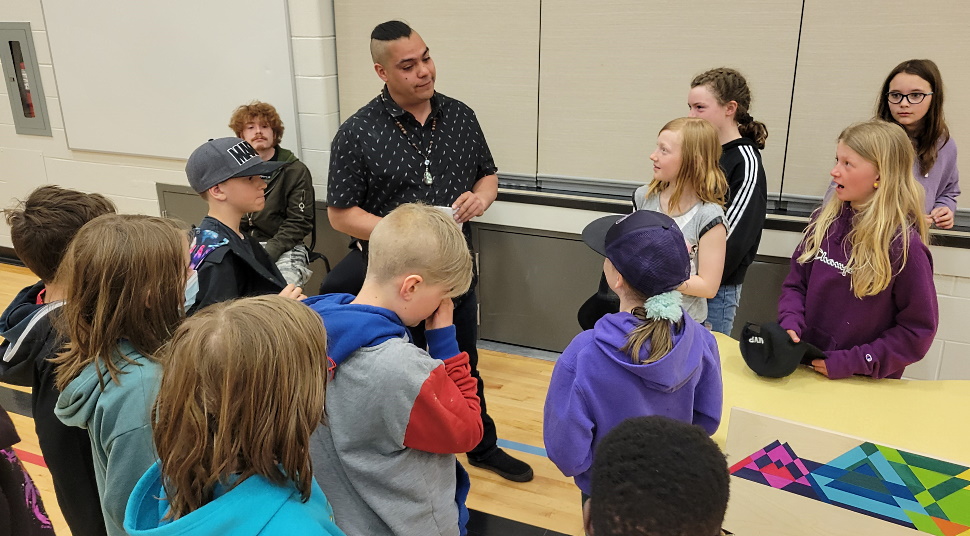 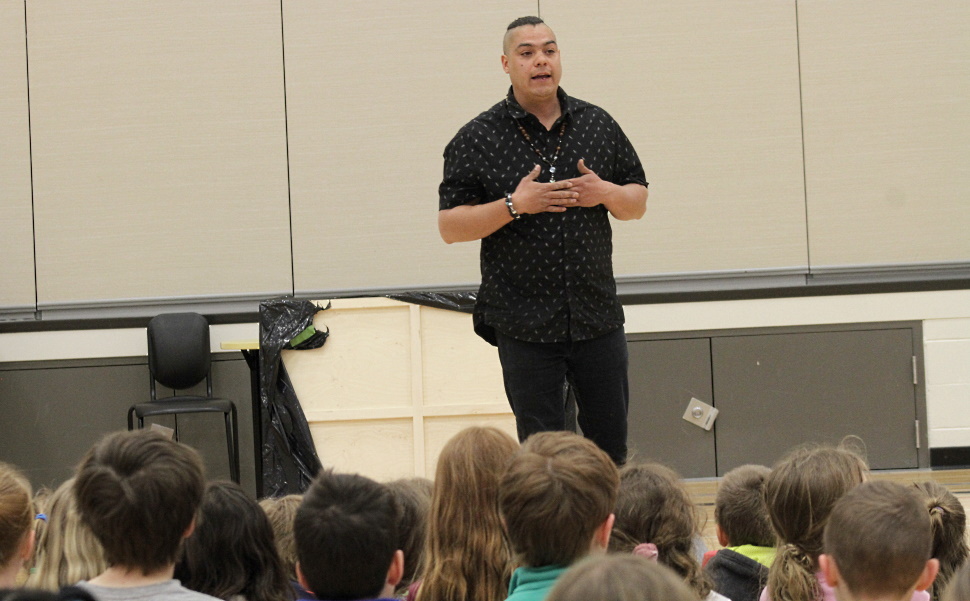 On The Canadian Country Showcase May 21st & 22nd